Christmas carols play over loudspeakers, while blinkers and lights add to the spirit of this festive season. The lights and sounds of Christmas already fill the air of Singapore as its Gardens by the Bay has been turned into the fourth edition of "Christmas Wonderland", the country's biggest yuletide fair across an area of 57,000m².

The opening ceremony of Christmas Wonderland 2017, which was held last week at Gardens by the Bay, was presided over by Lawrence Wong, minister of national development and second minister for finance. Joining the ceremony was Sarah Martin, director of Blue Sky Events, who organised the festival.

"Christmas Wonderland 2017 is a family festival for the year-end. It's a time where people gather together at Gardens by the Bay and experience the magic of the festive season with us. All for everybody to have a great time," said Martin in an interview with Life.

Christmas Wonderland features 80 handcrafted luminaries or light sculptures as well as many new highlights this year. The luminarie by Namaste Europa SA, for example, are magnificent sculptures handmade by skilled Italian craftsmen using white wood from the south of Italy. This year's luminaries are inspired by the celebration of life. The event's signature attraction is the Spalliera, a 7-storey high Christmas tree which is the tallest since Christmas Wonderland's debut in 2014. Being 22.5m tall and 20m wide, it is Southeast Asia's tallest luminarie light sculpture.

Here, visitors also experience a show in the tropics with the nightly Blizzard Time which is available five sessions a day. The light and sound fair also allows visitors a chance to skate under the stars at Singapore's largest outdoor 240m² synthetic skating rink. Imported from Switzerland, the skating rink will be framed by festive luminarie light sculptures.

Visitors will also experience the rhythms of Africa where the highly acclaimed Circus Abyssinia from Ethiopia stages its performance, making its Asian premiere with gravity-defying stunts and astounding acrobatics. 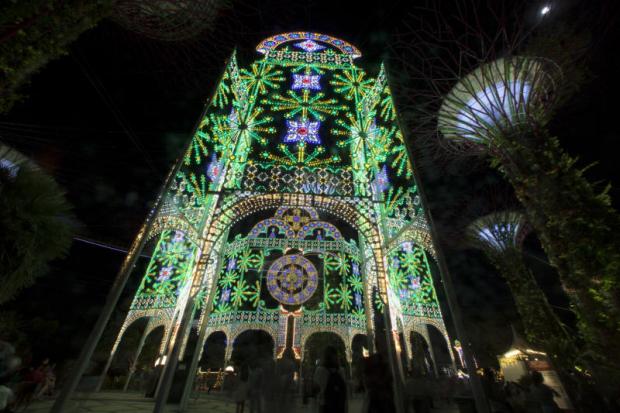 Christmas Wonderland 2017 kicks off at Singapore's Gardens by the Bay. Jetjaras Na Ranong

Flying reindeers amid a starry nightscape and stunning photo installations greet visitors as they step into Asia's largest Santa's Grotto at 300m², which is approximately the size of a tennis court. Here kids can meet Santa Claus at an Alpine house decked in pinewood.

A fair wouldn't be complete without food. Here visitors can have an elevated dining experience at Savour: Christmas Wonderland featuring celebrity chefs from award-winning and Michelin-starred restaurants. There are also game stalls and a Festive Market where visitors can shop for Christmas gifts and crafts at the annual European-style Festive Market. 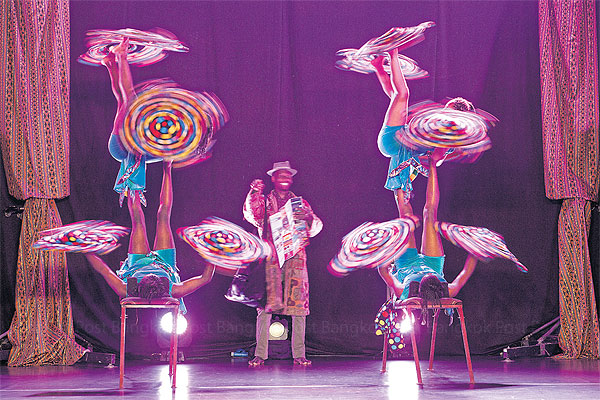 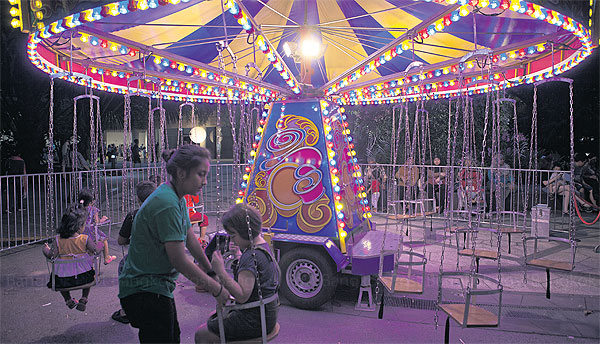