The widow of actor Tridsadee "Por" Sahawong has parted ways with the manager who worked for him for 19 years, saying she has grown tired of his hurtful manner.

Vanda "Bow" Sahawong declared in a social media post last week she was leaving Sornmontra "Nam Oiy" Pichaisornplaeng, saying cryptically he had strewn too many "mines" in her path and she was sick of stepping on them. 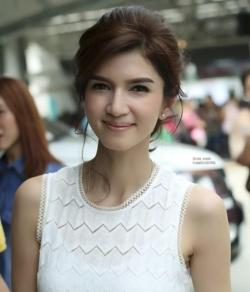 "If you don't really love me the way you say you do, never mind ... but can you stop hurting other people, especially behind their backs?" Bow wrote.

"You have laid too many bombs in the past. I have trodden on them many times and had to tend to my injuries later," she fumed, adding in a later post the contact name of a new manager she had found to replace Nam Oiy.

Bow and her daughter, Nong Mali, occupy a soft spot in the hearts of many Thais after they emerged publicly to care for ailing Por before his death three years ago from dengue fever. Few but Por's closest friends knew he was married or had started a family.

The popular Channel 3 actor was admitted to Ramathibodi Hospital in November 2015 and fell into a coma. Doctors amputated his left foot later that month as complications from the illness spread. Later still he lost his left lung and finally his life.

Nong Mali, then aged two, emerged as a crowd favourite, and it is her popularity, and Bow's devotion to preserving her husband's memory, which has helped keep them in the public eye.

However, Bow's sudden outburst has shocked many Thais, as Ah Nam Oiy, as he is known, still looks after Bow and Nong Mali, after Por entrusted the family to his care before he died.

The outburst also took Nam Oiy by surprise. He said tearfully that Bow did not tell him she had replaced him as manager. She had also suggested he would have to sever his contact with Nong Mali.

"I don't know what has prompted her outburst, but it is not the first time. She loses her temper, and members of her fanclub walk away when they realise how much she's changed. I warn her, and usually she calls and says sorry ... I am used to it now," he said.

However, this was the first time she has dumped him as manager, and he found the episode hurtful.

"Why doesn't she think of that last day, when Por left us? We were sitting in the ambulance, holding each other's hand, crying, and running in and out of the hospital together," he said.

"I loved Por very much. Bow knows there's no way I will ever let him go. I would be happy to trade my life for his.

"I have to be here, to look after Por's family. I want to send Mali to the school of his choice, to university, piano lessons."

She had flown off the handle most recently on Children's Day last month, when he was unable to work for her.

Asked to comment, Por's father, Sanguan, offered Bow qualified support, while admitting he did not know the details.

"Bow must have considered her remarks carefully. She is a younger person, criticising an elder. People who don't know the facts might be inclined to think ill of her as a result," he said.

Mr Sanguan said Bow and Mali owe their popularity to Por's reputation, which gives her the freedom to make her own decisions without worrying too much about others.

"She relies on the good works he performed and goodwill Por still enjoys, so she is like a free agent," he said.

By week's end, Bow showed no signs of relenting. On social media, she said she was willing to risk criticism if it meant she could get her life back.

"I forgive you. In the end, the truth will prove everything. When someone reaches such a point, I have to defend myself. I didn't like doing it, but it had to be done," she wrote.

An author, historian and academic has been thrust into the spotlight after his former girlfriend accused him of assault.

A website which published his work has also suspended his column in the wake of the claims, set off by a seemingly innocuous piece he wrote about a girl band. 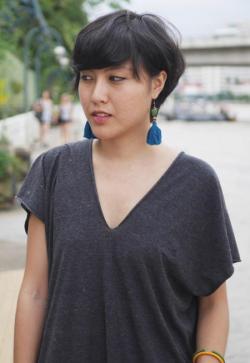 The website, The Matter, declared last week that it had suspended the column by Siripoj Laomanacharoen after his former girlfriend, feminist writer Chotiros "Lookkaew" Naksut, claimed he had hit her seven times over the three years they were together.

Lookkaew came forward to point the finger after Siripoj penned a column on the website criticising the song Koisuru Fortune Cookie by the popular girl band, BNK48. Fans of the song say his remarks were superficial and suspect he was trying to cash on the band's popularity.

They dug up remarks by Lookkaew on a Facebook site last September in which she discussed her assault ordeal, without identifying Siripoj by name.

The details in her post were enough to lead critics to suspect the culprit was Siripoj, who in the wake of the assault saga is now threatening to sue one Facebook site which helped publicise Lookkaew's remarks. The Matter did not say why it had suspended his column.

Confirming he was the alleged culprit, Lookkaew said Siripoj's failure to admit his misdeeds angered her more than the attacks themselves. She admitted she did not go to police at the time, and said she kept going back to him because she loved him.

"After I wrote my post he called and accused me of seeking publicity at his expense.

"He said he had plenty of good points, why not focus on those, and said I was just trying to make a name for myself (so you have to invest in getting beaten up before you can find fame?)" she wrote acidly last week.

The post was accompanied by images of her with a bruised face and scratched arm.

"When he beat me up he jeered at me, daring me to complain or go to the police. He said no one would care what I have to say."

Writing on his FB, Siripoj said he would take legal action to protect his name. 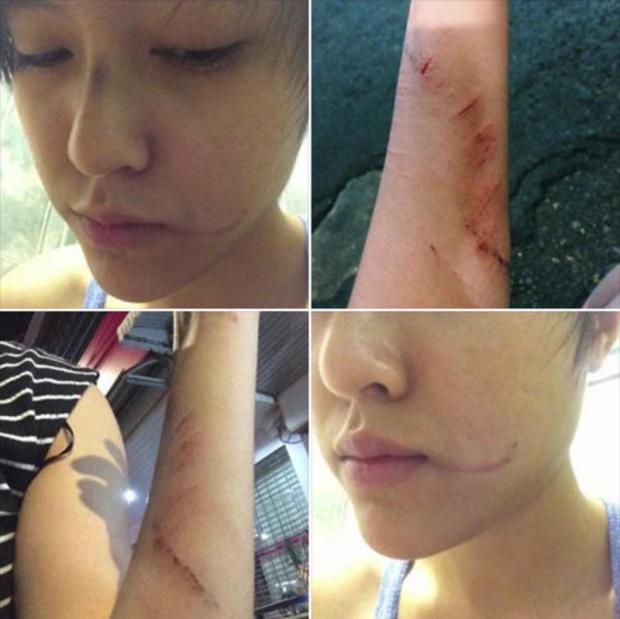 The mother of actress and singer Khemanit "Pancake" Jamikorn admits she is scared of her daughter's long-time policeman lover, as he has all the qualifications he needs to marry.

However, she denied media reports she has asked for a 100 million baht dowry, or that she has put a monetary value on her hand in marriage. 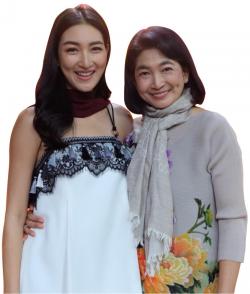 Nuannong ''Noi'' Jamikorn opened up last week about Pancake's relationship with Pol Maj Saksoonthorn "Sa- rawat Mee" Premanon, while admitting she is not keen to lose her daughter to married life.

"I am afraid of him as he meets all the qualifications he would need to be her husband," she said.

"I am worried that when he asks [her to marry], I will lose her for sure."

"When the other side gets in touch to propose a dowry, I will have to weigh his worth again because I have raised Pancake like a princess."

Reporters took this to mean she had made a specific demand for her hand, amid claims the dowry would reach 100 million baht. However, Mrs Nuannong denied it.

"Both families will have to decide on how best to look after Pancake into the future, and their readiness to take on the burden," she said.

Mrs Nuannong said she had previously asked "Pee Mee", as she calls him, to wait until her daughter turned 30. Now she is about to reach that age, she had suggested both finish their studies first.

She admits she keeps shifting the goalposts to put off the day when they marry, but knows it can't go on forever. "Society is judging me, asking when I will release her so they can start a life as a couple together," she said.

"They have been together so long he must know by now how to raise her properly.

"I can't talk loosely about it. I will have to wait and assess his merits again. When you know I love my daughter this much, will you look after her like this for the whole of her life?" she asked.

The couple have yet to name a date when they hope to marry.