Sukollawat 'Weir' Kanarot on refusing to be typecast and starring in critically-acclaimed new Thai movie Malila: The Farewell Flower

At the centre of the film is Isan-born actor Sukollawat, 32, who took a break from soap operas to star in what many are calling his best acting gig to date. In Malila, Sukollawat plays Shane, whom he described as a man with a lot of pain in his life.

"Shane is an Isan man, a farmer my age who owns a jasmine plantation. While he had a wife and kid, he was in love with a man in his youth. After going their separate ways, the two reunited -- with both having their own fractures in life -- and tried to rebuild their relationship," said Sukollawat.

"It's a love story that will pull you into a trance. And part of it is about liberation, to be free from one's guilt, and to ponder whether religion actually heals the soul."

Sukollawat made a break into showbiz back in 2006 as a TV actor for Channel 7, a duty he still fulfils to date. For over a decade of his career, the actor said he's rarely been offered such a starring role, in which he gets to play both a gay man and a monk.

For the role of Shane, Sukollawat had to undergo several workshops to fit what seems to be the polar-opposite nature of his character.

"We had a workshop on the relationship of the main characters, which was between me and O [co-star Anuchyd Sapanphong, who plays his onscreen lover]. We traced back the history of our characters, that when we touch, it has to seem as though we've always touched one another. We had to make it believable that this is the person we love, and we can't be shy about it."

His workshop on the ways of monkhood was a different experience altogether.

"I learnt how to practise dhamma, circumambulation and even asubha contemplation -- which is to contemplate a corpse and realise that, in the end, everything will end up rotten flesh. It's about learning to let go," he said.

"Both sides of this character are equally difficult to play," the actor opined. "Maybe it's even harder to play a believable monk, as you have to be very watchful of the mannerisms of the character."

Anucha, Malila's director, praised Sukollawat for both his skilful acting and his spirit on set.

"He [Sukollawat] is pretty much one of the pillars of the film," said the director. "We're making an independent film. Our budget is not high. Our work conditions can be drastic. We were filming in the woods during rainy season. If an actor works hard and really shows his commitment to the project, it helps a lot with the crew's morale, too. And he gave his all. I really admire him for that."

It's not far off to say the role of Shane is quite risqué, especially for one of the country's top actors. Playing a homosexual character -- in a semi-conservative country that is not entirely open when it comes to gender -- could make or break an actor's career. But Sukollawat didn't think playing a gay man would have any negative effect on him.

"Everybody knows I'm not gay anyway," he said casually. "But just because I'm a straight man, it doesn't mean I'm better than anyone else. Everyone is equally beautiful no matter what gender they identify with."

Many may view he is courageous, but the actor himself brushed it off by saying courage really has nothing to do with it. For someone who makes a career out of acting, he feels that being adventurous can be beneficial. It's good to venture out of the familiar. Dive straight for unknown territories, he encouraged.

"I want to improve myself and see if I'll be able to take on this kind of role," he explained. "Acting has been my profession for a long time. If I don't try something new at all and only do what I'm always used to, I don't think it's going to be good for me or my career."

Last year, Sukollawat won Asian Star Award at the Seoul International Drama Awards 2017, as well as the Face of Asia Award at the Busan International Film Festival 2017. On achieving international fame, he said he'd be interested to work on projects outside of Thailand should an opportunity arise. At the same time, he is also keeping focus on his main job, which is starring in lakorn.

The actor said he's very open to different types of role that may come his way in the future.

"It could be something different from what I used to be doing, or something that may not seem much on the surface that I can add some of my own flair to it," he said. "In the end, I think it's also up to actors to improve ourselves and rise to the challenges each role brings, no matter what it is."

Acting will be something Sukollawat puts his mind to for now -- as well as for the next few years to come. At the same time, he said he may be interested in trying his hand at behind-the-scenes work.

The actor stated that he is also unsure how long he'll continue down this road of being phra ake -- the handsome leading man on TV dramas.

"This also depends on how the entertainment industry will change in the future, and how accepting it will be of older actors taking on leading roles and not being reduced to just playing a supporting role of a father for younger cast members," he said.

Age seems to be affecting the career path of both actors and actresses in Thailand, quite unlike the West where there are plenty of leading roles available for older actors to take on. But Sukollawat is positive the trend is changing for the better, with more roles suitable for an older crowd becoming available in the future.

"If that can be done, then surely we'll be able to stay where we are for many, many years to come," he added. 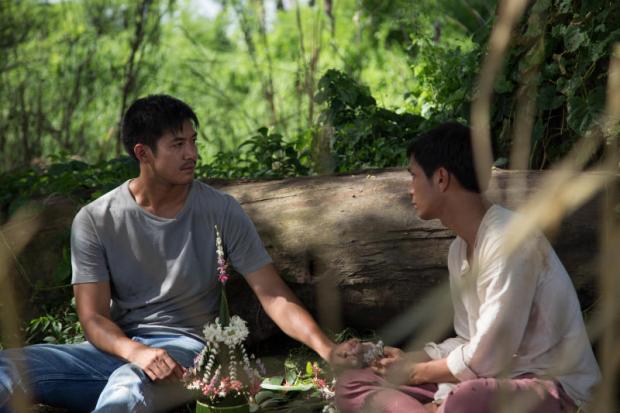 In Malila, Sukollawat, left, plays a man with a haunted past who is rekindling his youthful relationship with a male lover, played by Anuchyd Sapanphong. 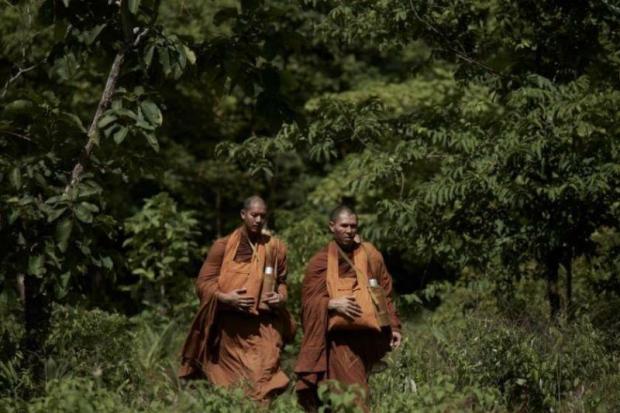 One of the toughest challenges in Malila for Sukollawat was to portray a believable monk. 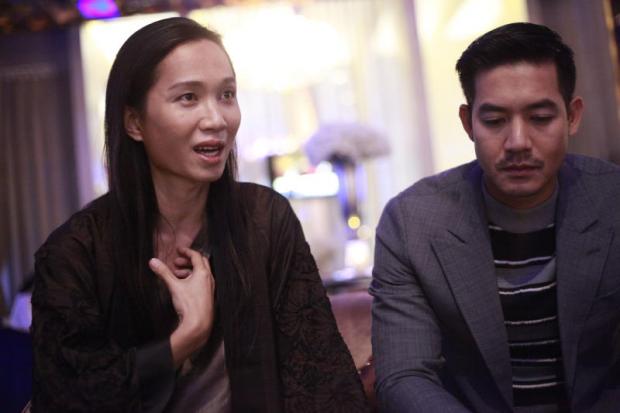