Asia's first conversation about food production, from environment and sustainable farming techniques, to packaging, waste and the use of indigenous ingredients

The latest culinary trend: sustainable dining, at the heart of the world's environmental, social and economic challenges. But what are these challenges, how are they being dealt with, and what needs to change are questions that often spoken about but hardly dealt with.

The {Re} Food Forum, to be held next Monday and Tuesday at the Grand Hyatt Erawan Bangkok, aims at tackling these issues head-on by bringing together a convergence of people -- chefs, farmers, fishermen, scientists and entrepreneurs at the forefront. The forum will explore waste and sustainability in the Asian food industry and aims to initiate discussion and ingenuity surrounding the future of food. It is broken into a series of key topics involving 40 speakers daily, who will deliver 10-20-minute talks. Alongside, {Re} will hold collaborative dinners and masterclasses with visiting chefs.

{Re} Food Forum is the brainchild of chefs Duangporn "Bo" Songvisava and Dylan Jones of Bangkok's one Michelin-starred Bo.lan, with writer and farmer Leisa Tyler, and was born out of the idea to create awareness about how food is consumed responsibly.

"It started with Bo's outburst at last year's Asia's 50 Best Restaurants event [held in Bangkok], where she picked up a Styrofoam box with plastic cutlery and stormed around the room, stating how it wasn't sustainable. I saw the video clip, messaged her and said let's do something about it. Let's channel the anger into something positive," says Tyler.

"Rather than just pointing the finger, let's say these are the problems and ask what are solutions without being confrontational. We decided to form {Re} Take Asia out of anger and frustration that the hospitality industry could do better, could think about sustainability more and not take the easy path."

Chef Bo explains: "I want to create awareness among people who ignore the issues. I want people to change how they operate. The policy from top down and standard procedures in the hospitality and food industry needs to incorporate sustainability."

The forum specifically targets the hospitality industry, hoteliers, restaurateurs, chefs and culinary professionals -- people at the forefront of the way food is consumed and produced. 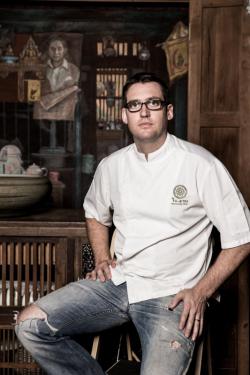 Speakers were chosen based on who the founders already knew within the {Re} philosophy, and some were decided on who they wanted to speak at the forum. A lot of chefs were chosen simply because that is the industry the founders are in and they know a lot of like-minded people -- Douglas MacMaster, chef at SILO, the first zero waste restaurant in Britain; Helianti Hilman, founder of endemic Indonesian foodstuff company, Javara; Dan Hunter, chef at Brae in Australia, who will speak on land-care philosophies; and Shinobu Namae from two Michelin-starred L'Effervescence in Tokyo on upscaling waste into food -- to name a few.

But how is a forum that is concentrated on sustainability being sustainable by flying in people from all over the world?

"We are a bunch of hypocrites, clearly," laughs chef Jones. "We realised that it's an opportunity for Asia to get new ideas through these chefs and experts that are coming from overseas. We are carbon offsetting every flight because we feel it's important to walk the walk and talk the talk.

"The forum will be sustainable in other things; we have found recycled paper made from old juice boxes. There will be no plastic straws and stuff like that to maintain credibility. We are also putting all participants on the BTS, instead of transporting them from place to place in luxury cars. We are trying to be as sustainable as possible."

"The people we have coming in are experts and forefronts of their fields and if they can't influence anyone, no one can. The dinners are where we manifest everything on a practical nature," pipes in Tyler.

{Re} focuses on three primary pillars -- food waste, agriculture and food security -- in the way food is produced, in the way that vegetables are grown, livestock/cattle are raised, the way marine resources are handled.

"A lot of that has to do with food waste and endemic products, most of which are not being farmed anymore because they don't have value or aren't being consumed anymore. They have fallen off the radar. {Re} wants to put those products back in the spotlight, creating a demand for them, which will lead to farmers producing them. This way biodiversity is more secure," says Tyler.

Organic, however, is a heavy-handed word and is often taken out of context.

"The terminology of organic is diluted. I prefer the word traceability. To know who grows your product, how they nurtured the soil and how they grow the produce," says Tyler.

It is important to understand that organic regulations differ from country to country. For example, the use of boron in organics is acceptable in the US but in Australia it's not.

"The standards are different and convoluted. The word just became trendy. Organics is an economy of scale," states Tyler emphatically.

Chef Jones says the world is not looking at how everything relates to going organic. There is the perception that organic is expensive but in reality it is cheaper.

"We are not looking at things associated with it. If you have health issues, environmental costs and mental health issues, which may stem from not eating good food and those costs are not calculated into the organic costs. In the long run, it is cheaper to eat and go organic and sustainable because on a large scale, the overall cost of a person reduces."

"Organic is an overused word, just like the word sustainable. It has become almost like a joke," states chef Bo. "If you look at the Thai government, even the Tourism Authority of Thailand who puts the yang yuen [sustainable] stamp on almost every campaign -- what is their understanding of the word 'sustainable'? They seem to throw it around rather freely.

"I don't think the Thai government knows what sustainability is, they use and push the word, just because it is the word to use and push right now. The UN has sustainable development goals and Thailand has decided to jump on that bandwagon and be 'sustainable'."

However, is it truly possible to be 100% sustainable in the hospitality industry or even for the end of the line consumer?

Tyler says no, "but one of the things about {Re} is that we don't just bemoan, it's about doing something about it. One of the topics, is {Re}thinking the way we design things. Like packaging, which is not a problem in itself. The problem is with plastic, which does not breakdown. If we can find an alternative then we can ask people to use less of it".

"The biggest obstacle is the government and big businesses, because they are in a position where at least financially in the short term it is not beneficial for them to make these changes. Thinking short term is the preferred choice. Especially when it comes to profits," opines chef Jones.

Though {Re} has set its focus on hotels, chef Bo believes that the government needs to step in and subsidise the lower end. "If the government subsidises a composter, for example, it will be affordable and people will start composting their waste. But since the government don't see any PR value in this, no action is taken."

"The Thai government should ban the use of plastic bags completely and make consumers pay for them. You can get consumers with their hip pocket. Money is the easiest way to get somebody to adopt a different process. Public perceptive is the biggest obstacle as is government policy. If you have a government pushing from behind then it gets implemented better," says Tyler.

{Re} is a catalyst for change -- to get people to look at everything. Encourage the public to look at problems and redesign the system to find solutions so the system doesn't create the waste. Instead, the forum is making sure the system be upcycled for another product to take shape.

This is when the {Re}thinking comes into place.

"When you start making beneficial environmental changes, you cannot be penalised. People need to start thinking more on a community level and less on a personal level," adds chef Bo.

The three founders are very clear about one thing -- {Re} isn't about saving the world. It is about putting all the topics on the table, talking about it and seeing where it goes from there. Developing a better food system is the forefront of the two-day symposium.

"The weather doesn't help. Climate change is becoming a major force. We people talking about food security and production in the plight of climate change, but these are big obstacles. The aim is to get the hospitality industry to {Re}think the way they do things and from there try and make adjustments to do things better. So it will be better for everyone. We want to kick off this movement in Asia, like it has in Denmark, Sweden and Australia," says Tyler.

Building a better food system comes down to awareness and education, the three insist.

"Those two things, are most important for any change that needs to happen. When people are aware they make better choices, and when they are better educated, they can make their own decisions," adds chef Jones.

The plan is also to make {Re} an annual event, however whether it takes shape in the same way, is unsure. {Re} is not a forum per say, it is a philosophy and it is going to reinvent itself in all sorts of ways in the coming years, say the founders.

"By holding the forum we are also putting ourselves out there for criticism and we welcome it as long as it is constructive. If someone comes to the forum and sees something that we are doing incorrectly or not in line with what we have been talking about, we want them to say 'Hey, you can do this better'. We will try to implement it on the spot, if possible or at the next forum," says chef Jones.

"I want to see {Re} be a bit more political than it is. I want to go deep into the intricacies and talk about things no one wants to talk about. I want it to be the catalyst in the industry and to get people thinking about it, to drive them to change. Do something more substantial," says chef Bo.

"The door is wide open. We want everyone to join the conversation," says Tyler. 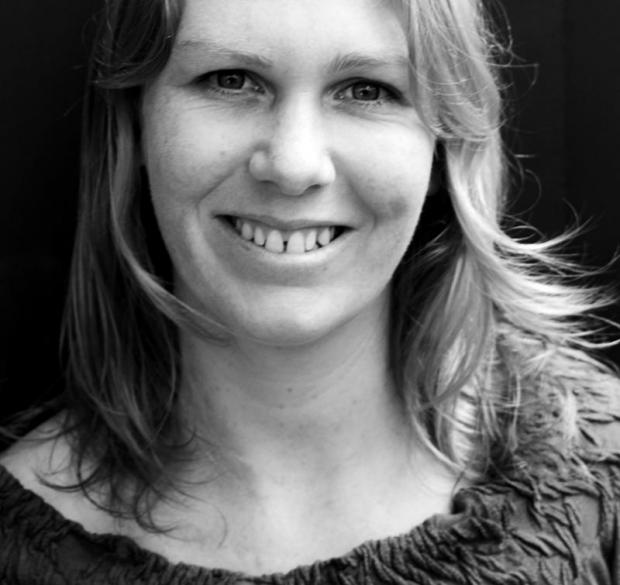 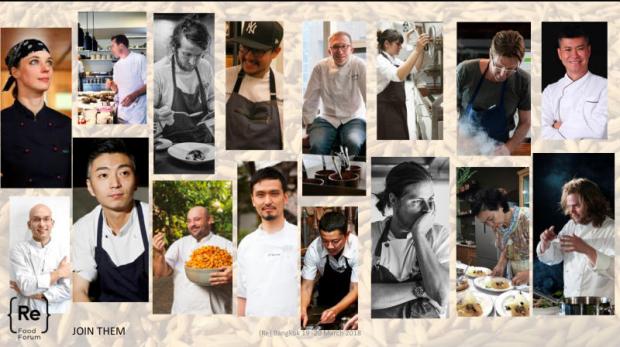