Made in Thailand
Life
Social & Lifestyle

What seems ordinary to some may hold special values to others. What's mundane to a local may be seen as precious by a visitor.

For Chinese tourists, making up a large chunk of visitors to Thailand, shopping is a big part of travelling.

On an average evening at the riverfront mall the Asiatique in Bangkok, the sight of Chinese tourists crowded into medicine shops and tucked into snack stalls is a familiar one. They like to buy medicinal balm, liniment, cough-relief tablets and nasal inhalers, often in large quantities. As for snacks, they tend to go for the crispy snack Bento, Ko Kae peanuts and Mama instant noodles.

Most Thais would view these as quality products, but nothing worth swooning over. But for tourists, especially those from China, these products are seen as treasures.

As key customers in the Thai economy, the consumption patterns of the Chinese are increasingly redefining the retail industry -- a trend observable in many popular shopping malls and outdoor markets.

According to a survey by the Tourism Authority of Thailand, Chinese tourists use 41% of their travel budget for shopping, while reserving only 4% for food -- although, as we will see, they won't hesitate to dole out money on tropical fruits.

Bangkok was voted the world's most popular city for tourists in the Mastercard Global Destinations Cities Index last year. The city was visited by nearly 20 million tourists in 2016.

The Thai capital was also ranked in the top five cities where tourists spent the most money, with over US$14.08 million found to have been spent last year.

It's safe to assume a sizable slice of that was spent on purchasing souvenirs.

The behaviour and preferences of tourists are worth studying as they play an important role in the economy. Think of when Thai tourists cleared out the shelves of the Green Tea Kit-Kat in Japan, leading the product to be supplied in Thailand. If this shows anything, it is that being attentive to tourists' taste pays off.

Here are some products that rank as favourites among Asian tourists in Thailand.

Thailand has an abundance of tropical fruits, holding a special place in the hearts of Chinese visitors. Durian, the king of fruit famed for its strong smell and sweet taste, reigns as the number-one choice for these tourists despite its infamous stink.

According to findings by the United Nations, China spent US$1.1 billion on imported durian in 2016.

Thailand is ranked the world's number one exporter of durians, producing around 700,000 tonnes of durian per year -- 400,000 of which are exported to China and Hong Kong.

Shopping for durian is a must-do activity for Chinese group tours, with vendors strategically setting up shops or stalls nearby the places where these tourists flock.

In Chiang Mai, visitors can indulge in a fruit buffet -- of course, with plenty durian on hand -- that specifically caters to the tastes of tourists from East Asia. These buffets also serve up twists on traditional Thai sweets. For instance, the crispy Thai crepes known as kanom bueng replace the usual plain cream with a durian flavoured cream. Durian smoothies are also a regular menu item at several tourist spots now. 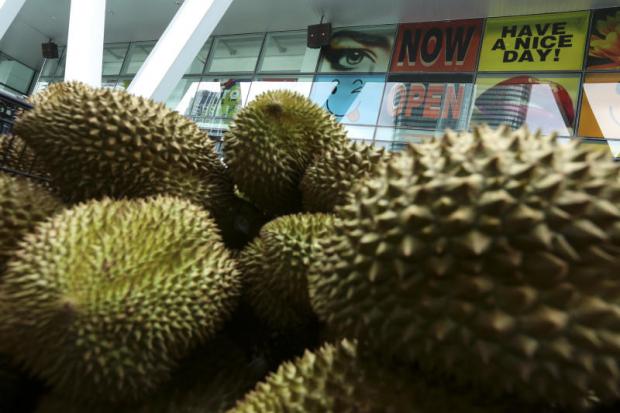 spike in interest: Chinese tourists enjoy indulging in Thailand's tropical fruits, with durian ranking among the most popular ones. photo: Patipat Janthong 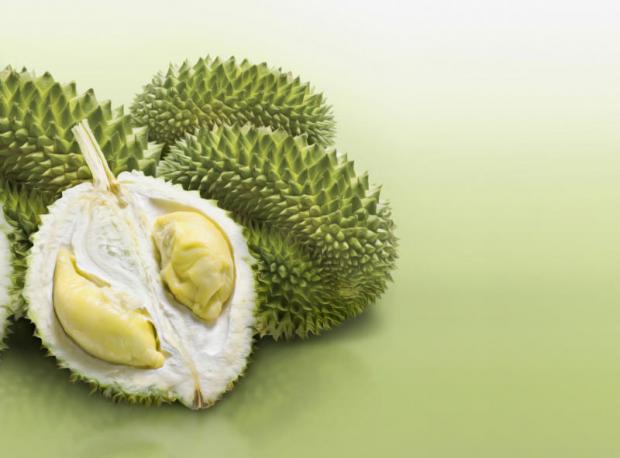 Since the strong smell of durians can make them a pain to carry around in public, dried products have been developed as a solution. Durian is the most popular of dried fruit, alongside mango and mangosteen. Fried durian is also well liked as it retains its good taste without any lingering smell. Durian chips, toffee and other snacks also decorate the shelves of souvenir shops everywhere now.

Though these products are more expensive than the fresh durian found at the market, they are easier to take back home, without spreading any smell on the plane.

Many balm and ointment brands are sought-after products by Chinese tourists, sold at pharmacies located at tourist markets from Chatuchak to the Asiatique. For some of these businesses, selling these "souvenirs" can be more profitable than selling actual drugs for treatment. 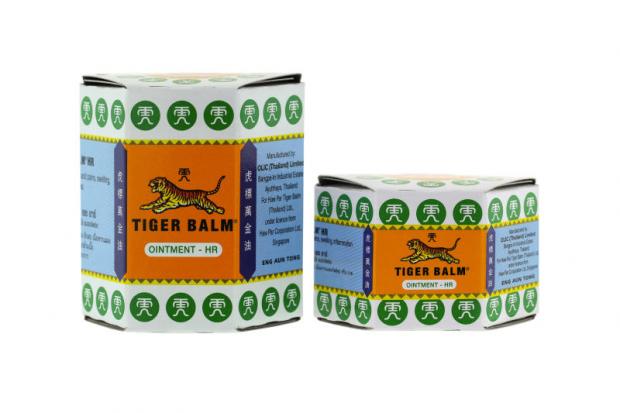 "Sometimes one Chinese or Hong Kong customer spends over 10,000 baht on balms and medicine," said Thanit Sermlekavilat, owner of Sappaya, a pharmacy at the Asiatique. "And many times they spend thousands of baht on these products. For the Chinese, buying medicine as souvenirs for family members is a tradition. They also believe that Thai medicine is of higher quality than Chinese medicine."

Mr Thanit adds that Chinese travel bloggers like to write about Thai balms and medicines on their websites, providing tips on where to buy them in Bangkok.

"This helps promote the products. Many tourists follow this online advice," he said.

The Thai balm brands topping the list of Chinese purchases are Wang Prom, Golden Cup and Monkey (the last one has an iconic image of a monkey holding a peach on it). Salet Pangpong is another popular green balm made of barleria plant.

Although it comes from Singapore, Tiger balm is a popular souvenir purchased in Thailand. 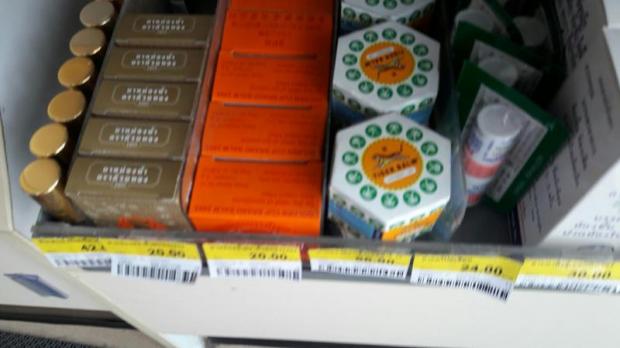 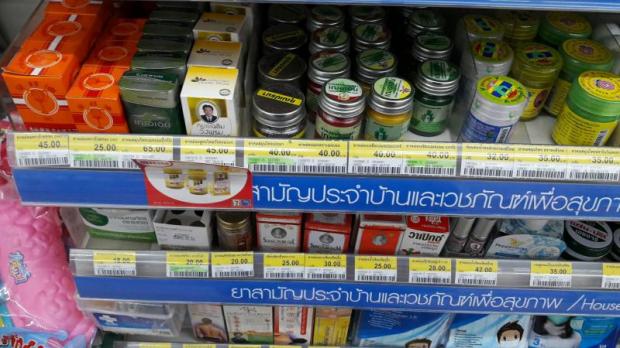 Then you have nasal inhalers and liniments. Brands like Poy-Sian, Siang Pure Ew (known as Siang Pure Oil to the rest of the world) and Peppermint Field are the top products. Poy-Sian is a 33-year-old brand that has recently enjoyed a resurgence in popularity. Siang Pure, which also produces Peppermint Field, belongs to a Thai-Chinese family that has been running the business for over 60 years now.

East Asian tourists also like herbal powder and tablets, or yaa hom and ya luk klon. The old-school brands seen as most fashionable among visitors include Five Millepedes (yaa hom takab ha tua), Five Pagodas (yaa hom ha chedi) and Lee Buan Suan, with its iconic logo of a Chinese fisherman on a boat.

Many Thais have a respect for traditional Chinese medicine, and judging by tourists' purchases, the appreciation seems to be mutual.

How milk tablets from Chitralada Palace, or Suan Dusit Milk Tablets, got so popular among Chinese visitors is a mystery to many Thais. Once seen by most as a casual snack for children, the Chinese can now snatch up these at posh supermarkets like the one at Central Embassy.

The milk tablet was created under the royal initiative of the late King Bhumibol Adulyadej in 1969. Back then, dairy farmers in Ratchaburi province were facing low market prices from milk oversupply so they turned to King Rama IX for help. The king proceeded to build a small milk factory in Chitralada Palace and production kicked into gear.

Today the project produces around 60,000 packs of milk tablets daily. 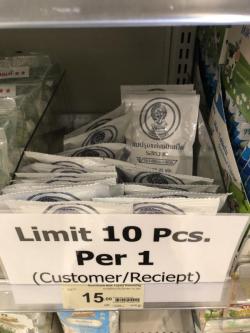 The milk tablets were not always so popular among tourists. Some say that tour guides used to pass the snack around in their groups. Since then, Chinese visitors have come to view it as a premium product.

Today the milk tablets sell like hot cakes among visitors. Demand is rising so fast that supply cannot always catch up. Faithful Thai consumers of the product even say they now have difficulty finding it.

Today at the factory, each purchase is limited to a maximum of 20 packs. The whole sale price is 10 to 15 baht each. The retail price is around 25 baht. 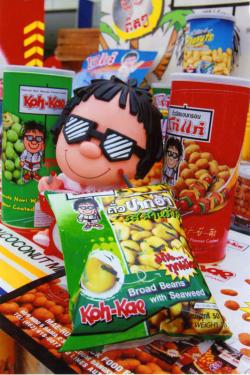 Produced by the Mae Ruay Snack Factory group, Koh Kae peanuts have been around for over 40 years. Sales figures attest to its popularity, exceeding 2 billion baht last year. Around 20% of its production is exported, with China being its largest overseas market. Today, it offers over 50 peanut flavours, including tom yum, coffee and wasabi. At department stores are where you can see tourists carting around dozens of Koh Kae cans.

Pretz is a stick biscuit brand produced by Japanese company Glico. In Thailand, however, the local larb flavour has gained something of a cult following.

The spicy minced pork flavour from the Northeast is a hit among Chinese and Japanese tourists. This led Glico to launch the larb flavoured biscuit sticks at home in Japan, although the taste is reportedly much milder than the Thai take.

Then you have Tao Kae Noi, a seasoned seaweed brand, well known in part due to the life story of its founder Itthipat Peeradechapan, serving as inspiration for the film The Billionaire.

Finally, Bento, a crispy squid snack, is popular among Chinese and Korean tourists due to its hot taste. 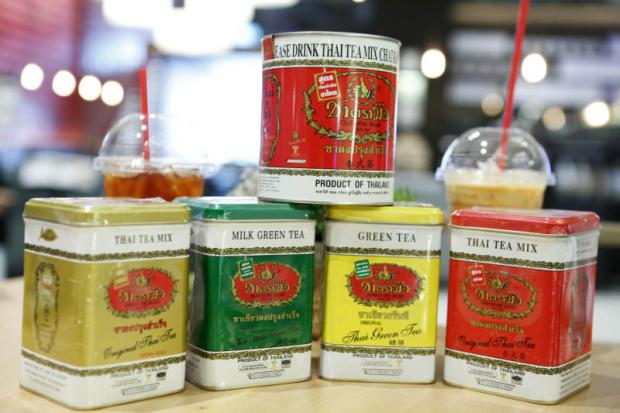 Some 7-Eleven branches found in tourist areas have a designated shelf for Chinese customers, where all the favourite products are placed together for maximum convenience.

Besides food, Chinese tourists like to buy Naraya and Jim Thompson cloth handbags as souvenirs. Many purchase them in bulk due to their classy designs and decent price.

They also find it convenient to shop at Naraya as some of the shop assistance can speak Chinese, while payment can be done via Alipay, UnionPay, WeChat and VISA, Master and JCB credit cards. 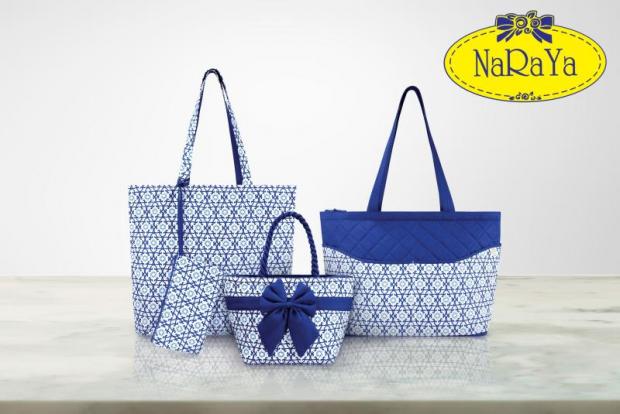 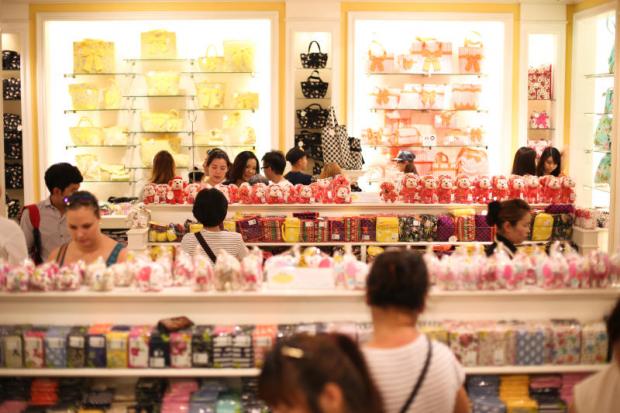 in the bag: Naraya bags are popular among Chinese tourists, drawn by their design and decent prices, right. PHOTO: SUPPLIED