Boxer 'Po' down on the mat, Isan singer leaves European fans in lurch 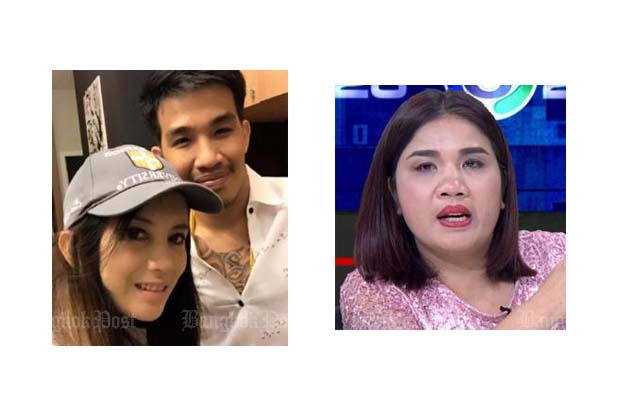 A celebrity boxer and social media personality blames an influential ex-politician's son for his arrest last week at the home of rocker Sek Loso's former wife.

Apirak "Sia Po" Chatharnon says he is upset after Khok Kram police in Bangkok arrested him at the home of Wiphakorn ''Kan'' Sukpimai when he answered a distress call from her on April 27.

Sia Po, who broadcast his arrest live on social media, said Kan, who has lent him more than 50 million baht in a gambling venture and now wants the money back, lured him to her place at 5am claiming she was about to take her own life. He turned up not to find her there but the police, who invited him inside.

He went to her home accompanied by a young helper who police say was armed. Police searched the pair, and charged them with carrying a gun in a public place. They were released on bail of 75,000 baht each.

Sia Po said Kan called claiming she was pregnant to him and was intending to take her life with an overdose of sleeping pills.

Two days earlier, Kan posted a clip of CCTV footage taken at her home showing Sia Po entering her living room looking for her. She claims he broke in and she feared for her safety, though Sia Po says they were in a relationship and he held the key.

Speaking in the aftermath of his highly publicised arrest, Sia Po said he is willing to take responsibility if Kan really is carrying his child. However, he suspects she made up the story as part of her ruse to get him to visit her home and have him arrested.

He believes an ex-politician's son was pulling the strings behind his arrest after the two fell out over football gambling.

Sia Po did not name him, but he is thought to be referring to Wanchalerm Yubamrung, son of former deputy prime minister Chalerm. The two fell out messily on social media with Wanchalerm telling followers he gave the "green light" to anyone who wanted to give Sia Po a free kick.

Sia Po said his estranged friend should meet him face to face if he has unfinished business, not use others to have him arrested on a spurious break-in charge.

"I want to know how far his influence and prestige extends. Can't I argue with you? I want to meet face to face," he said, referring to their dispute.

"The amount built up so I ended up owing more than 100 million baht. They called me in later and slapped me across the face for failing to show respect.

"They carried on abusing me every day to the point where I couldn't cope any more. I lost all respect for him," he said.

Sia Po said he and Kan, who also knows Wanchalerm, entered a business deal where he was to put some of the money he borrowed into an overseas website for football gambling. However, he also spent a portion of the money betting himself, losing 880,000 baht.

Sia Po's mother, Banyen Channara, who also went before the media, said Kan pleaded with her saying she needed the money to pay household expenses. She confirmed Kan and her son were seeing each other, as Kan would call her regularly for advice.

"I agree my son was wrong to take the money. He doesn't know when to stop," she said. "He comes across as a ruffian, but only on Facebook. He is a good boy inside," she said.

Mrs Banyen said she had agreed to transfer a plot of family land to Kan to help pay off her son's gambling debt, after the pair came to her in tears. However, she and Kan fell out at the Lands Office when a tomboy she brought with her tried to make Mrs Banyen pay the 180,000 baht land transfer fee as well.

"Kan staged the arrest at her home two days later to draw attention to herself, and also get back at me after we fell out," she said. She refused to let the land transfer go ahead, telling Kan to sort out the problem herself.

She said it was odd that Kan would be willing to lend her son such a large amount of money without security, adding the matter now would be sorted out in court.

Sia Po, who called in to the televised interview with his Mum, said Kan had sent him a Line message since his arrest saying she did not mean to entrap him. She said his estranged friend Wanchalerm told her to do it.

Sia Po also claimed people close to his nemesis had since put out a 2 million bounty on his head.

Admitting he had been unfaithful, Sia Po said he and Kan had now called it quits. "Kan is gullible and listens to anyone; she's not all there. Now I know why P' Sek turned out the way he has.

"I don't love Kan, but feel sorry for her. I do love my wife, as we have been together 10 years. She's never done anything like this," he said.

Isan singing star Kong Huayrai is facing a multi-million baht damages claim after he failed to show for concerts he was contracted to perform in Europe.

Concert promoter Aree Melby, who flew to Bangkok from Europe last week to lay a fraud complaint against Kong with Bang Chan police, said she would sue him for damages of 20 million baht.

She said Kong had agreed to perform in four countries, starting on April 8, but showed up for none of the concerts, despite her side paying all expenses including air tickets and hotels in advance.

"We initially hired him for 10 concerts, but he couldn't make that so he settled for six. The fee was 30,000 baht per concert, or 180,000 baht in total," she said, adding Kong had signed the contract at the Norwegian embassy in Bangkok last December. 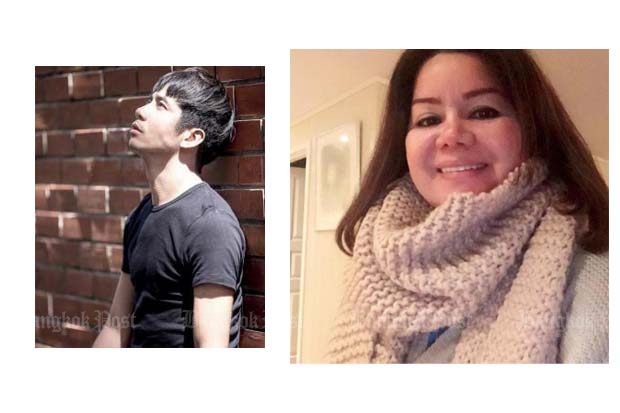 Kong, a rags-to-riches story from Sakon Nakhon, had asked to perform as a side act to his friend, singer Pakin "Tono" Khumwilaisuk, who was touring Europe with the band The Dust.

"Close to his departure, Kong said he had doubled up and was booked to perform in the provinces. I said no problem, and we pushed his shows to the end," she said.

"He was due to leave on April 28 for Finland when Tono had four concerts left to perform.

"Tono's manager sent him a message telling him where to check in. He replied saying he couldn't go on April 30-31 as he had again doubled up. He never let us know beforehand," she complained.

Ms Aree, who said later she would settle for compensation of 4 million baht and an apology, was unimpressed with Kong's initial response, when he blamed "miscommunication" for the clash in concert dates and urged promoters to contact him or his manager direct.

"I know nothing about the complaint and just want to perform my songs. You had better talk to the seniors (looking after the matter)," he told reporters.

Ms Aree released an exchange from a Line chat with Kong in which he blamed his manager for the lapse. He said his manager was a heavy drinker and had lost interest in his work.

The promoter said she never contacted Kong's manager, so that was a red herring. "I dealt with Tono's manager, Nalintorn "May" Rattanawarangkul, who passed on word to Kong." Ms May accompanied Ms Aree to the police as a witness.

"Kong should own up to his mistake like a man, not slip and slide about," she said.

Kong's manager, Chatree, said Ms Aree's side sent a plane ticket on April 27 and told the singer to fly out the next day. "They had originally talked about him performing on April 1-10. This was the first I knew of the extra appearances they had arranged," he said.

Both sides met for talks at the station on Thursday, when they said an initial understanding was reached. Kong's side accepted partial responsibility, and has agreed to pay certain damages. Talks are continuing.