Soon a plot of cannabis will be planted in a government field -- for research, of course, and perhaps a long overdue one.

It won't be the high point of medical marijuana in Thailand, but it will be a start. Despite confirmation of the medicinal benefits, which led to the legalisation of weed for medical use in several countries, Thailand has held back for many years for fear that the plant -- categorised as a Class 5 illegal drug under the 1979 Narcotic Drugs Act -- would be abused more freely.

Finally, the cabinet last month approved draft legislation permitting research on the effects of medicinal marijuana on humans. This spells hope, if not life, for those looking forward to benefiting from cannabis' medicinal properties. Then the Government Pharmaceutical Organisation (GPO), under the Ministry of Public Health, revealed that they would soon plant cannabis on the rooftop of its office.

This, however, doesn't mean we can use weed for medical treatment in a few months' time, as the draft legislation will have to be forwarded to the National Legislative Assembly, which will eventually pass it into law. But at least it means the wait is nearly over.

Churanya Onlom, a PhD graduate from Naresuan University's Faculty of Pharmacy, and a postdoctoral researcher at the University of Alberta in Canada, who has studied medical cannabis, explained in an earlier interview with Life that tetrahydrocannabinol or THC -- the main chemical compound in cannabis -- has been studied, reported on and used in various countries as an effective cure for severe pain as well as nausea in patients falling prey to the side effects of chemotherapy.

But while THC is likely to come with some psychoactive consequences that affect a person's memory, pleasure, movements, thinking, concentration, co-ordination and time perception, researchers have also been interested in another active chemical compound in cannabis, called cannabidiol, or CBD. With an ability to reduce pain and act as an anti-inflammatory agent, CBD reportedly causes no psychoactive effects. In recent years, scientists have focused more on studying CBD, as well as on the combined use of CBD and THC for therapeutic purposes.

A stepping stone towards Thailand having more alternatives for the ailing, the recent cabinet resolution also authorised the Public Health Minister, as well as the committee working on extracting substances from the plant for medical use, to control production, import, export and possession for research purposes.

The cabinet also authorised the Office of the Narcotics Control Board (ONCB) to designate strictly controlled environments for planting, production and extraction of the marijuana plant for the trial.

Saving it for a rainy day

In preparation for the soon-to-be implemented law that will give a green light to studies and tests of medical marijuana on humans, the GPO has an initial plan to grow a small plot of cannabis plants inside its compound on Rama VI, getting ready for further research and hybrid development.

"We have come to learn that the cultivation of cannabis plants requires strict security and control protocol, not just in Thailand but in every other country, because as a narcotic plant it can still be abused," said GPO's executive managing director Dr Nopporn Cheanklin.

"At GPO, we have secured gates and guards. Here there are various medications that we are already monitoring. So we will start off with a small plot of cannabis plants, which is a collaborative project between the GPO and agricultural scientists from the Department of Agriculture."

According to Dr Nopporn, cultivation at the GPO is expected to begin as soon as the growing areas are ready -- in two to three months at the earliest -- with a trace-and-track system to be installed on every plant to ensure each is properly recorded and is not used illegally.

The use of weed for medical purposes has been legalised in developed countries such as Canada, Austria, Belgium, Czech Republic and France, as well as many states in America. Health insurance in some countries, such as the Netherlands, have even enforced policies to reimburse patients for their use of medical cannabis. Dr Nopporn is of the opinion that if Thailand does not move forward with the legalisation of medical marijuana, the country might have to import cannabis extracts in the not-so-distant future.

"Think morphine. Today it is used widely as a treatment for heart disease and for pain relief. Morphine, however, is extracted from opium, which in Thailand is categorised as a Class 1 illegal drug. Opium smoking today puts you in jail, but the medical use of it under prescription benefits humankind on a global scale. Marijuana should be treated likewise.

"Thailand is recognised as one of the countries that can grow the best marijuana in the world, given its suitable climate and terrain. But if we do nothing, in the next five to 10 years we will lose our best cannabis because everyone else will develop it and patent [their discovery]. Growing cannabis plants and starting our research now means that when the law is finally passed, we do not have to build everything from scratch. By then we will be ready to study its effects on humans," he said.

Despite the passing of draft legislation permitting research on the effects of medicinal marijuana on humans, Dr Nopporn does not see Thailand as fit for using marijuana for recreational purposes -- at least not yet.

"The law does not say you can smoke pot in public. If you do that, you still go to prison. The decriminalisation of recreational use will turn marijuana into something like cigarettes. And personally, I don't think Thailand is ready for free cannabis use, given our social context."

One small step at a time

Long before the state became more open toward medical marijuana, the movement has been preceding among the general public, especially online. On Facebook, one prominent page that has been educating the public on weed benefits, as well as campaigning for marijuana legalisation, is Ganchachon, which has accumulated over 334,000 followers since its launch five years ago.

Ganchachon was founded by Rattapon Sanrak following his return from studying in the US, where he discovered the medical use of cannabis.

"I was surprised to learn that marijuana was legalised in the US. And so I began to research more on the topic, especially its effects on cancer. I also found a community of users who had good quality of life, discovering that people really got better by using marijuana. If it were to be legalised in the country, I thought it would at least help lift the anguish that patients have to face," said Rattapon.

Prior to his study, Rattapon's father and grandparents all passed away from cancer. And while he was living abroad, his mother got sick because of cancer. He then returned home to take care of his ailing mother, all the while planning to introduce her to marijuana in hopes of using it as an alternative treatment.

To Rattapon's chagrin, his mother -- and essentially everybody else he consulted -- refused the idea due to long-held prejudice towards the image of marijuana as a harmful, addictive drug. In the end, sadly, his mother passed away in suffering.

Rattapon blamed it on one-sided information and outdated viewpoints that inevitably sealed off the public from these opportunities for medical treatment. He then founded Ganchachon, which he now manages with a few of his friends, to share what information he has to counter people's existing beliefs about marijuana. Some of his partners also include the Ozone Foundation, which protects the rights of Aids patients.

Since he began his work, the public has become more open, too, Rattapon said. From only seeing the plant's negative effects, people have grown to recognise its other side effects and benefits (if used with regulation and caution), which is quite apparent now in the direction of public discussion, which has become more positive over the years. The upcoming change in the law is one testament to this shift in public opinion.

"People are also beginning to discuss the recreational use of marijuana, along with the possibility of its decriminalisation in the future," added Rattapon. "Internationally, different countries are shifting from a war on drugs to decriminalisation, too. More discussions on the topic will soon come, and it will be up to society to decide. For now, at least, this first step we have taken will be really beneficial to the patients."

With marijuana legalisation, Rattapon believes it could result in a new industry, generating hefty income and tax revenue for the state -- but it will also require good management and a system to regulate the production and distribution. 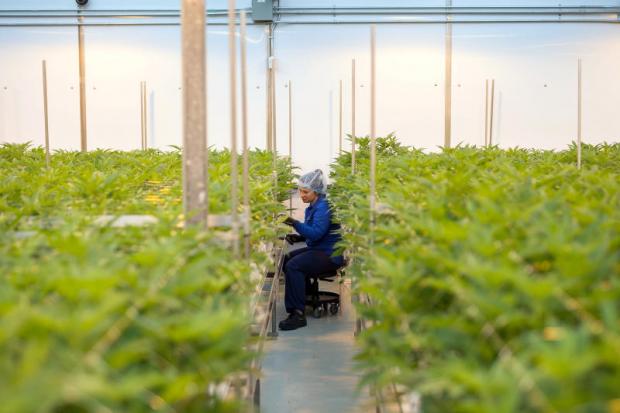 An employee trims cannabis plants in a greenhouse at the 7Acres facility in Tiverton, Canada. Photo: James MacDonald/Bloomberg 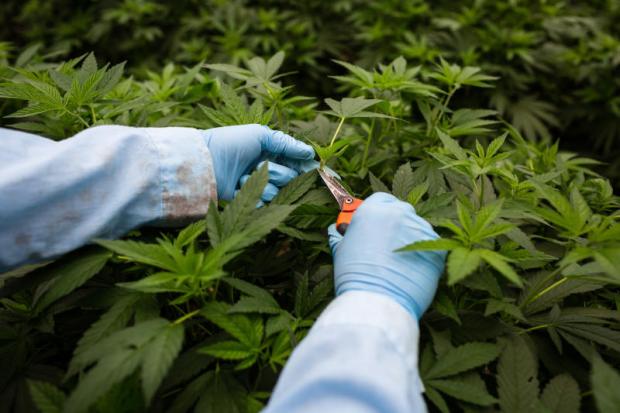 An employee takes cuttings from a marijuana plant to grow clones at the PharmaCielo facility in Rionegro, Colombia. Photo: Eduardo Leal/Bloomberg