Maggie Choo's: Blast from the past and all that jazz
Life
Social & Lifestyle

Maggie Choo's: Blast from the past and all that jazz 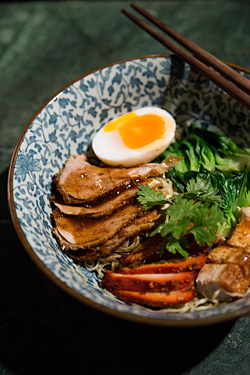 "So this war refugee walks into a bar" might sound like the opening line to a lame joke, but the history (legend?) of this lower Silom jazz club and noodle house is what makes a night out at Maggie Choo's an experience like no other. Loathe to being typecast, Maggie Choo's will appeal as much to the just want to hang out crowd as it does to those who prefer their libations with a side of world-class entertainment.

Apropos its chic-mystique ambience, Maggie's occupies the basement level at the Novotel Fenix Silom Bangkok. Part chill bar, part classic eatery and larger part music club, the venue's can't-be-ignored motif channels a 19th century colonial trading company warehouse and bank, while the name is derived from a legendary Chinese cabaret owner who (so the story goes) fled to Thailand following the Imperial invasion of Shanghai in the early 1930s.

Stepping through the narrow wooden portico and down a narrow staircase, we abruptly found ourselves immersed in a rustic, colonial-times world of hanging paper umbrellas, tasselled lampshades and faded photos that impressively contribute to the retro-Chinese cabaret feel. This anteroom-annex is Maggie's Noodle Shop, where Chef Siriwan's home-style noodle dishes add a flavourful touch of old-world cooking to the overall experience. But be advised: this is no ordinary bowl-and-chopstick nosh. 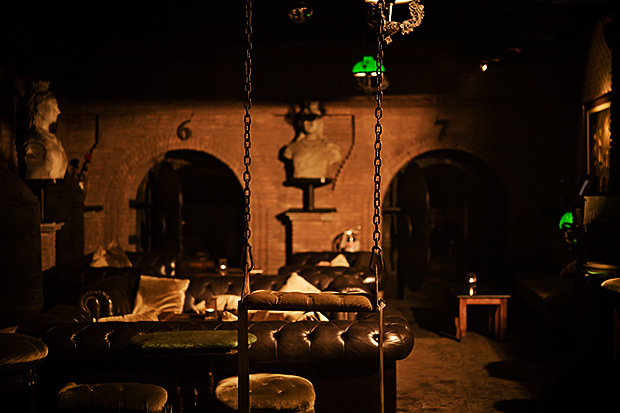 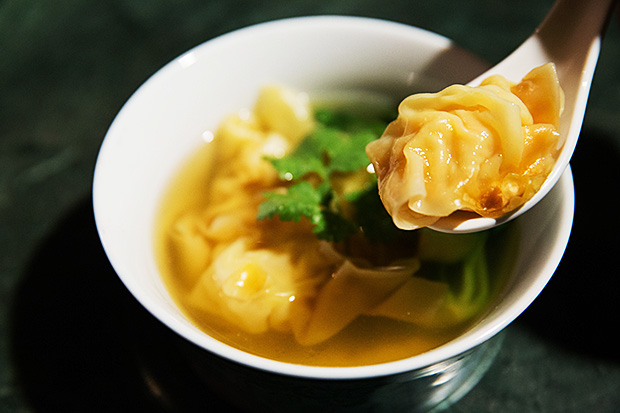 Our Cantonese-style tuck-in began with Roasted Duck on Rice (290B++) with a mild sauce, medium-boiled duck egg and crunchy Taiwanese kale served with shrimp dumplings in a slow-simmered broth. By the time the Crispy Pork with Soy Noodles (310B++) with Shiitake Mushrooms arrived, we were right caught up in flavour-enhanced time warp of authenticity.

There's also a selection of western comfort bites like Chicken and prawn-stuffed Fried Wonton (150B); mercilessly irresistible Spinach-Mozzarella Spring Rolls (190B++); and batter-fried Calamari (180B), for when your palate feels like breaking character.

Things get rolling at about nine o'clock in the main room, where an eclectic, ever-changing entertainment programme keeps the good-times momentum going throughout the night.

The club boasts a sizzling line-up of DJs, Blues, R&B and pop acts along with its signature jazz offerings, (house tagline: The Romance of Jazz) like Chicago-born composer and singer Keithen Carter, who seemed to slip on the smoky nightclub atmosphere like a tailor-made coat before owning the room with a voice as smooth as polished oak. 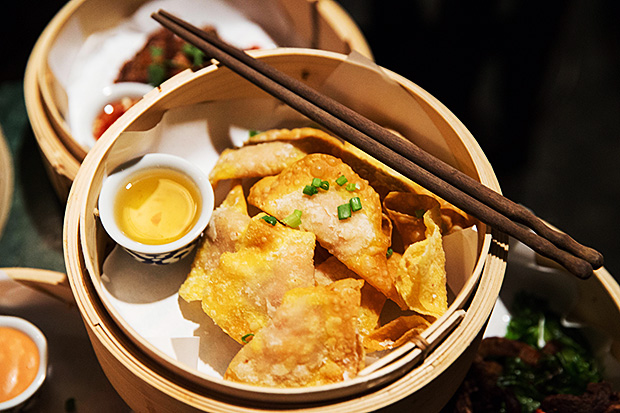 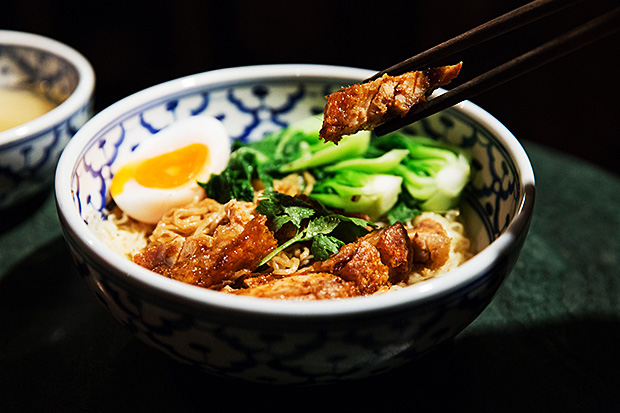 Turing to the extensive list of bar offerings, we enjoyed a Nelson's Touch

Punch (340B++) -- a fruity concoction of Bombay Sapphire, Shiraz and Cointreu, along with a deceptively potent Golden Pixie (320B++).

Tumbler in hand, we joined a crowd casually gathered round in front of the bar to watch a captivating dance performance by Hanfu dress-clad "Chinese" showgirls, whose graceful, perfectly synchronised moves were a serene departure from the syncopated jazz beats. Among the troupe was acclaimed Russian pop singer and show choreographer Dasha Luks, whose ‘glowing orb' routine in particular was nothing short of mesmerising.

Between performances, the local ‘showgirl' performers languidly posed around the club area including, most intriguingly, on a swing suspended to the rafters.

Décor-wise, it would be an understatement to say there's a lot going on here. The bar is done up as a trader-era banker's cage, with drinks passed through the rococo'd grillwork's "cash slot". Along one wall, a row of seven brick-arched ‘caverns' -- each with a steel door and fully functional vintage rotating-wheel lock (we tried it out, it works!) -- accommodate intimate huddles tumbler-tippers. Despite their dudgeon-like appearance, the ‘cells' are modelled on the original porcelain-ware and spice warehouse holds from a bygone trading era, according to the backstory.