Anthropologist and researcher Samak "Ismai" Kosem's exhibition "Otherwise Inside" will go on display at WTF Gallery and Cafe from Jul 19-Aug 16. It highlights the largely unrecognised presence of the LGBT community in the three southernmost provinces of Thailand through photographs and short videos. We spoke to Samak about his quest for more tolerance amid fundamentalism.

Why is the exhibition titled 'Otherwise Inside'?

It comes from the word 'otherwise' being used in queer studies. It's a reference to being 'other', as in 'not mainstream'. I titled it to celebrate otherness. It speaks to the experiences of being queer in a strict Muslim society. I've studied this phenomenon in the three provinces and how the LGBT community lives within the religious constraints. They have limited space and are oppressed so I decided to shed light and validate the humanity of these individuals.

In a Muslim society -- or at least the one I am from and those I have been studying -- there's no talk about being queer. If you ask a Muslim if there are queers in his society, he'd say no. There's no acknowledgment, but there's still the practice of queerness and homosexual acts.

Young men generally feel that messing around with girls is absolutely forbidden and they find outlets in what is perceived as friendship among their guy friends and just call it len phuen [Thai for 'playing with friend', a euphemism for engaging in a homosexual act]. It's their way of coping with the rigid division between boys and girls. 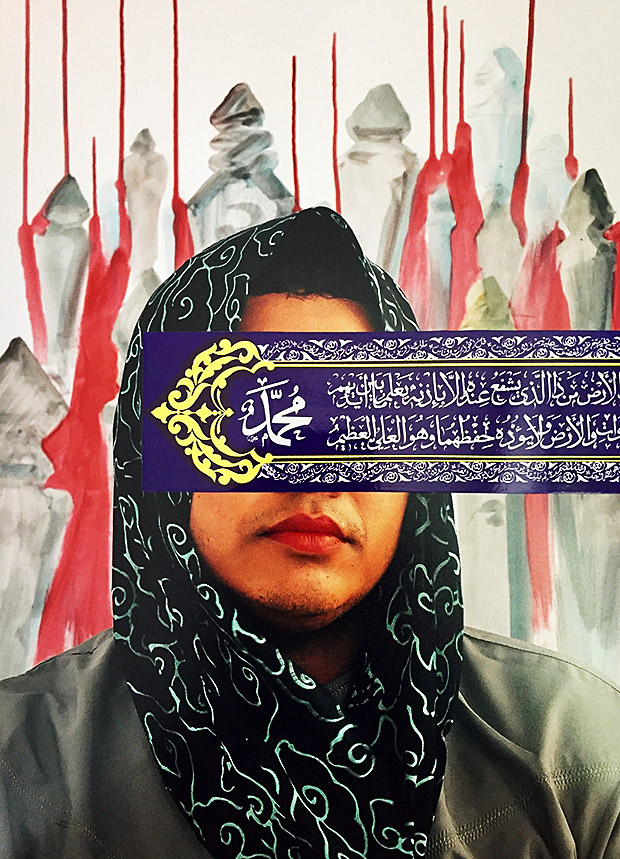 How did the idea come about?

I occupy an interesting position. I'm an outsider because I'm not from there, but I'm also an insider because I'm a Muslim and went to a religious school like many others, so I know the typical religious arguments and what can and can't be said.

I once attended a convention in Indonesia where representatives of religious schools discussed issues such as gender and sexuality. I met a transman, with no bodily alteration, who practises Islam. His parents accepted him but his siblings did not. I was curious because they openly discussed these sensitive issues, whereas with their Thai counterparts, the subjects of gender expression and sexuality largely remain taboo.

All these experiences led me to this project. One of my goals is to continue this project further as a thesis for my PhD. This is like primary research, because I haven't formally started my doctorate degree. 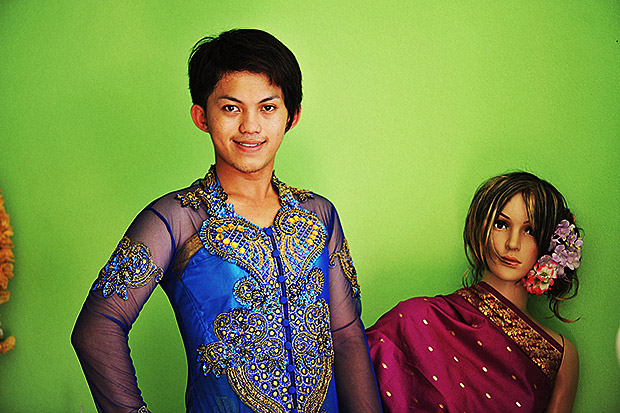 How did you put this exhibition together?

During my time in the three provinces, I worked as a guest lecturer and that was how I got to know the boys through their network of friends. When taking photos of the boys praying, I didn't have anything set up for the shoot. I didn't ask them to wear anything extravagant or intentionally eye-grabbing. I wanted to capture them as they were. If people have a problem with the photos, then it shows that they have a problem with their gender-identity and expression.

What was it like working with gay people in the Deep South?

I saw that there was a lot of pressure for gay men to marry. They are told that prayers from gay people won't be heeded. The questions 'Are you married?' and 'Do you have kids yet?' are so commonplace that many suppress their identity. By the age of 40 you have to make a choice. Maybe in your 20s and 30s you lived in Hat Yai or Bangkok and could express yourself, but at 40, you are pressured to start a family and return to your hometown to take care of your parents. You can't escape the norm.

I took photos of a few kids who were openly out and at first they were okay with it but afterwards they asked to have their identity concealed and I had to censure my work. They were scared of the backlash. It reinforced the idea that no matter what you do, you can't escape from these grips society has on you. I'm fortunate that I can because I'm not from that region but others don't have that luxury. 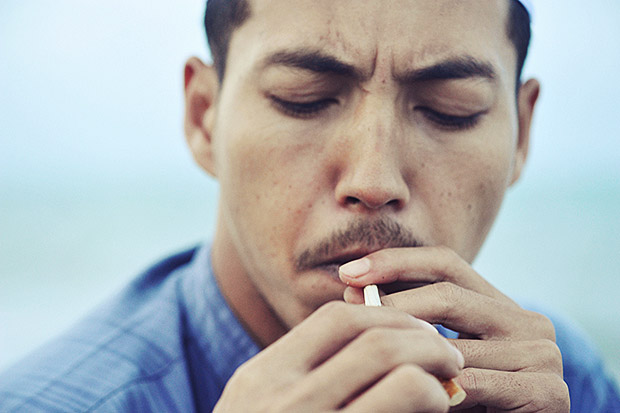 What was the general attitude of people in the region towards the LGBT community?

When we discussed other subjects, it was fine. But when it came to LGBT matters, they couldn't articulate it and would refer back to their religion. They had an explanation that was theirs. And they were afraid of someone from the outside, like me, talking about this sensitive issue within their community. I'd often have to say I came here to survey the area or take photos. Even if they know there are queers in Muslim society, they deny it and see it as a Western invention or influence. When they asked me if I'm asking Islam to accept gays, I didn't know how to answer. But I think there needs to be more tolerance.

How do you reconcile your faith with your identity?

I'm not a Muslim who strictly adheres to the scripture. I don't follow all the teachings everyday, but I still practice out of my own volition. I feel like I'm still a Muslim who just has many questions about my faith.

What does being a Muslim mean?

My friend who puts on high heels and lives an openly gay life also prays five times a day. It's his way of bargaining. My point is that there shouldn't be a narrow definition of being Muslim. Being Muslim is not measured by how much you cover your face. Some people have a very narrow definition of being a real Muslim, like you have to come from a certain bloodline or be born in a particular province. Maybe you can measure being a Muslim by how many times you pray but what about how many times you think of Allah and his teachings? I want there to be more dialogue and 'otherness'.