Mackerel: Fish of the nation

Thai mackerel has its own specific habitat along the Gulf of Thailand. Because of its small size with a round and short shape, it makes Thai mackerel different from mackerel living in Indian and Pacific oceans, which Thais often call Indo-mackerel. 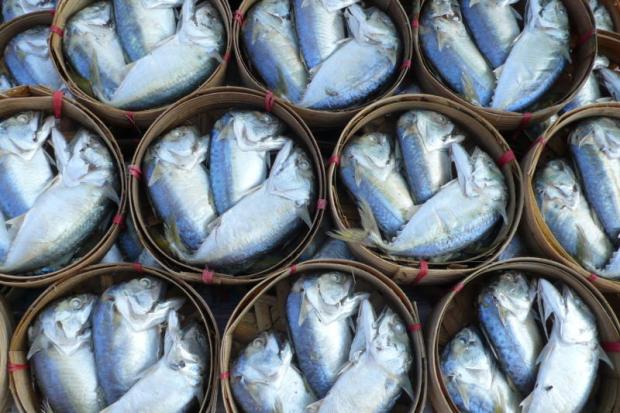 People often say Thai mackerel has a great taste compared with mackerel from other places, which might be because it is a plant and plankton eater, of which there is an abundance in the Gulf of Thailand, that makes it meat full of fat and nutrients.

In its circle of life, Thai mackerel lays its eggs down at the Gulf of Thailand's sea base where a great hub of plankton is formed by a massive amount of freshwater from five rivers running into ocean. They are Bang Pakong river, Chao Phraya river, Thachin river, Mae Klong river and Phetchaburi river. Where freshwater meets seawater there is a great source of plankton. Baby mackerel spawn there, then move around the Gulf of Thailand while maturing.

To allow the fish to safely reach maturity, the Department of Fisheries bans any Thai mackerel fishing between February to September.

Mackerel is a firm favourite for Thai people and one of the main ingredients in many dishes, from basic to complicated recipes.

Fifty years ago, the mackerel was plentiful and it took fishermen just a short time to catch a trawlerful. It was also used as ingredients for duck and fish sauce. The mackerel was fermented with salt for several months to get the fish sauce. They called it "dropping" fish sauce because the salty liquid came drop by drop through cloth filtering out the fish meat and bones.

Steamed mackerel was very cheap at that time, which was also a source of food for cats as well. People loved to eat small steamed mackerel because they could finish them all. No leftover parts. The meat was fatty with a good smell. But that is the story from the past. Now, due to a rising population with no declining taste for the mackerel, the amount of fish in the sea is not enough for the growing demand, resulting in price surges. It can no longer be a daily food for cats and traditional "dropping" fish sauce has disappeared. Some older mackerel dishes have already gone missing, while some newly-invented dishes have appeared. Thai food based on mackerel has been moving around in a cultural context.

The mackerel menu for fishermen is very simple because of its outstanding freshness. Boiled mackerel with fish sauce mixed with chilly is a good example, giving a salty and hot taste. It also becomes another tasty dish when fried in oil. Or it can be cooked by boiling in a small amount of water with garlic, onion, ginger, chilli, sugar and fish sauce.

In the Central Region, tom yum with mackerel is one of the most popular dishes. In the past, the spicy soup was usually mixed with madan (fresh garcinia), but it is rare to find it right now as the sour fruit is vanishing.

Mackerel grilled with coconut branch was also widely done in the past. The grilled fish was accompanied with chilli paste mixed with tiny sliced garlic, lemon and fish sauce. Banana leaves were put on the top before being grilled, which was a way to turn down the heat. This cooking method makes the mackerel meat aromatic with smoked leaf. However, it is hard to find right now due to the complicated method.

Rice with fried mackerel served with fish sauce and chilli is also difficult to find.

However, modern cuisine has taken the fish as one of its main ingredients, such as mackerel pancake, omelette, or squid with mackerel served with chilli paste.

Even though Thai mackerel is very expensive now, its popularity has never faded. Efforts to replace it with mackerel from Indonesia haven't succeeded because the taste is not as good as the domestic fish. And so, Thai mackerel has long been recognised as the fish of the country. 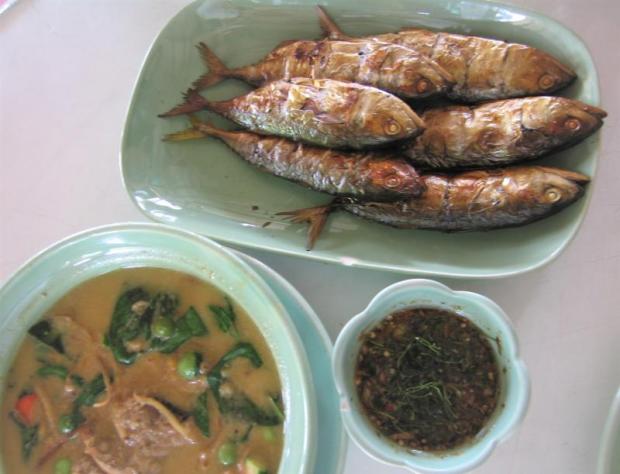