Top of the world

Miss Thailand World 2018 Nicolene Pichapa Limsnukan has plans of rising to the top, and does not intend to go alone.

Why does one aspire to participate in a beauty pageant?

"Money and snacks," answered Nicolene Pichapa Limsnukan with laughter in her voice. At least that was her reason when she began her journey as a beauty queen when she was just six years old.

"That was when I started dern sai [touring] to various beauty contests held during Songkran and Loy Krathong at Thai temples in California," she recalled. "My mother said if I won, she'd take me to Toys R Us."

As she grew older, joining more contests as the years went by, the Thai-American beauty said she's realised there's more to it than just being pretty: it's an opportunity to change the world. 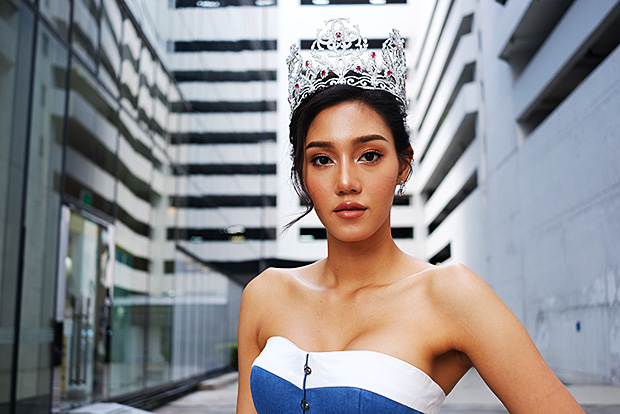 Countless beauty queens may have said it before, but not many could say it with the same level of conviction as Nicolene, who was recently crowned Miss Thailand World 2018. She's also just turned 20.

On a recent afternoon, we met up in Bangkok for a cup of iced chocolate. And soon we began our conversation, in which Nicolene recalled her youth, her aspirations to win the first Miss World crown for Thailand, and her relentless effort in trying to improve the lives of people living with autism like her little brother.

Nicolene was born in Long Beach, California, growing up with her younger brother under the care of her mother and grandmother. It wasn't too long ago when she decided to move back to Thailand alone to pursue her pageantry goals. When she walked into the Miss Thailand World contest a few months back, she was already a veteran beauty queen, having won Miss Thai New Year 2014 and Miss Teen Asia USA 2015 in the US, and advancing to Top 10 of Miss Universe Thailand 2018 just earlier this year.

Nicolene eventually walked away with the 1.8 million baht diamond-and-ruby crown perched atop her statuesque head. She also won the Beauty With A Purpose award -- named after the motto of the Miss World pageant -- which recognised a contestant engaged in important charity projects. 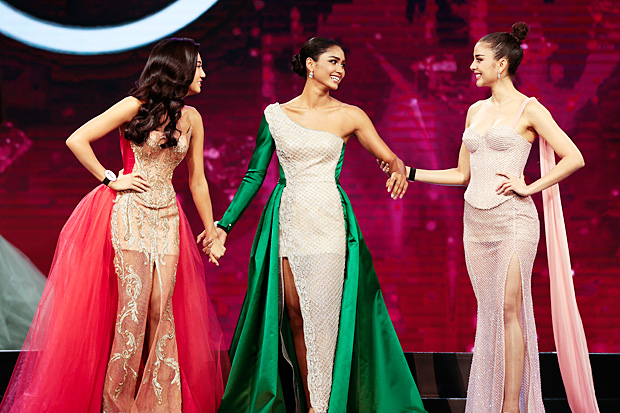 From left, besties Nicolene, Praewwanit Ruangthong and Helena Busch advanced to the top three together. They nicknamed themselves The Powerpuff Girls. Photo: Patipat Janthong

Nicolene is currently working on the "Love For All" project, with plans to set up a vocational school for autistic children. The school would teach its students basic work skills like restocking shelves at grocery stores and restaurants, plus lifestyle skills such as using public transportation, managing their incomes and more.

The project, intended by the young founder as a globally influential platform, is currently in the process of applying for funding from UN Germany.

Love For All may have a huge goal, but its inspiration started small with Nicolene's own younger brother who is 16 and still living in the US. He was diagnosed with autism and was often bullied at school. One time, a group of kids approached him, asking if he would start shooting up the school. It happened during a time school shootings were rampant in the country.

"I realised that society has a stigma and stereotypes toward people who hurt others, and I think we need to wash those stereotypes out. We need to remove them because not all autistic or disabled kids have anger issues or are mean, or rude, or have violent and aggressive attitudes. 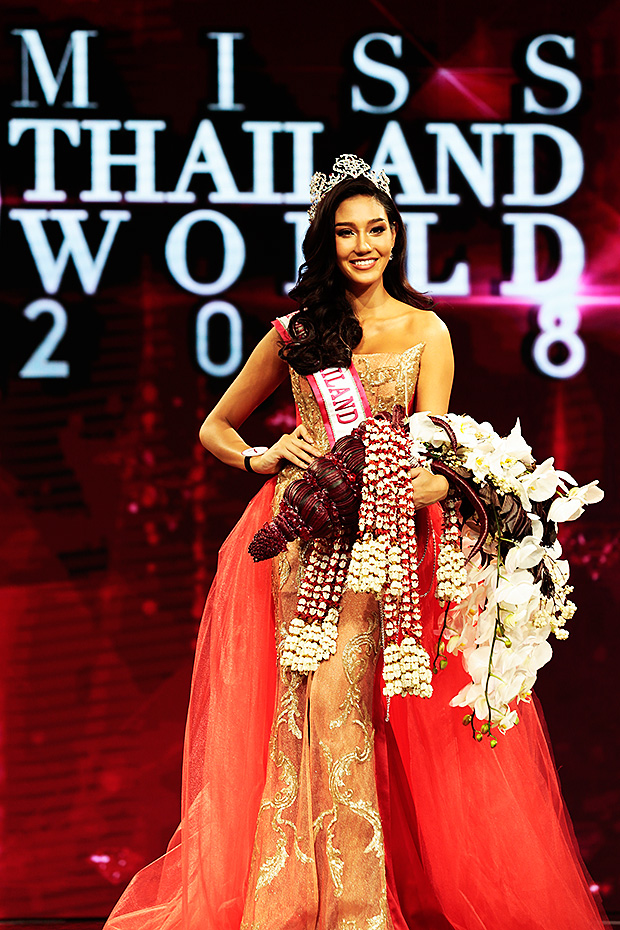 "If I'm able to start this and turn it into a fully working programme, I'll be able to show that, sometimes, we don't have to fear what we don't know. People don't know what these autistic kids are like. They don't know people who have disabilities or how they're like.

"I want them to know that we're not scary," she said, acknowledging aloud that she was using "we" as if she was autistic too, before continuing: "We're not scary. We're just not known. We're part of the unknown right now and I think that if society brings in the unknown, we might be able to find the cure for cancer. You never know until you give someone a chance."

One could say Nicolene has embodied and lived the concept of Beauty With A Purpose since young. At age five, she joined the Change For Change charity cause to donate spare change to tsunami victims. Through the years, she also raised funds for the victims of floods and earthquakes, selling pens, T-shirts and pins, raising over US$4,000 (130,000 baht) for Nepal.

For her effort, she was recognised with the President's Volunteer Service Award, given by former US president Barack Obama. 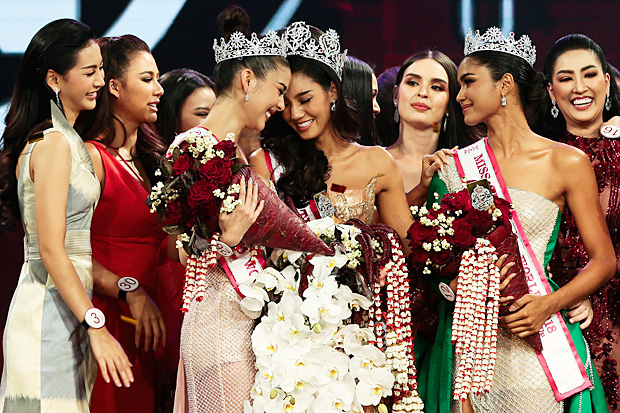 The contestants share one of their last moments onstage together.

"Being in the spotlight means you can speak for those who can't," she added, acknowledging that she's done several charity works before, with a certain impact because of her then-title of Miss Teen Asia USA. But what if she were to start one now -- how much more of an impact could that be with her now-bigger title?

The even bigger title she also has her eyes on is, of course, Miss World. The competition is set to take place from November to December in Sanya, China. It should be noted that no Thai woman has ever been crowned Miss World, and Nicolene said she's all for making history.

The global beauty pageant scene this year has seen several changes on a more inclusive note to all women. Miss America ditched swimsuits. A transgender wo­man was chosen to represent Spain on its road to the Miss Universe crown. A black woman was for the first time crowned Miss Universe Great Britain. Recently, a girl with a prosthetic leg came in third in the Miss Italy pageant.

Reflecting on these occurrences around the globe, Nicolene said she envisions and hopes for the future of beauty pageants to be just that -- a platform for acceptance where all women can show how much they have to offer.

"We need more women in power. We see many businesses with CEOs and powerful people who are men, and I want them to know that there's a space in this world for women, too. I think beauty pageants are a turning point of that movement."

She also definitely wants to see autistic people in beauty pageants one day.

"There are autistic kids who are not only super-adorable, but they also have their own ideas, projects and dreams. I know one who is an artist and loves drawing and making music. I think that's a beautiful story. So why not? It's a great idea.

"Maybe I'll open one myself," she mused. "I could be a national director [of a beauty pageant]. I've got a lot of goals."