Western Australia has become the next great destination for foodies. The Margaret River Gourmet Escape showcases the region's gastronomic thrills

A rustic-yet-gourmet feast by a wood-fire pit in the forest; a lunch packed with bold flavours from freshly foraged indigenous ingredients; and an artistically-curated wine dinner at an ocean-side wine château. 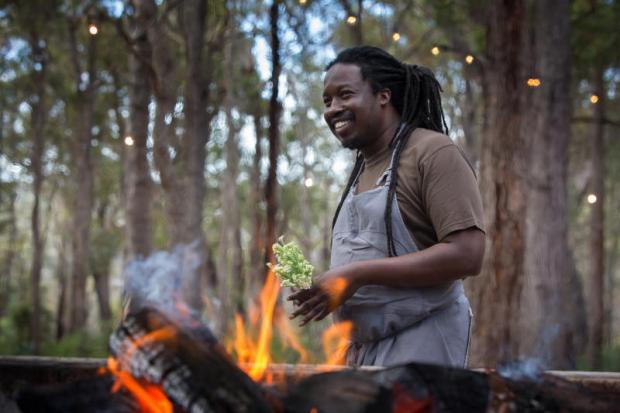 That is yet to mention the menu.

As exotic as it sounds, there were marron in emu dashi broth; kangaroo tartare on wattle seed crisp; jerk pork jowl with abalone caramel; and macadamia milk soup with sea blight and bloodroot oil.

All these gastronomic thrills were offered during the "Escape To Amazing", a well-crafted journey by Lexus to introduce its customers to a whole new chapter of culinary experiences. And the only place in the world to offer such specialities is nowhere else but Western Australia.

At the current peak of the fast-evolving global food scene, terms like "sustainability" and "experience" are constantly pronounced by chefs and food authorities worldwide as if to signal the future of gastronomy.

Australia has lately been renowned as a hub of modern cuisine and New World wine. Yet, the country is meanwhile blessed with an abundance of well-preserved culinary cultures, and thus indeed provides such quintessential diversity the food industry is looking for. 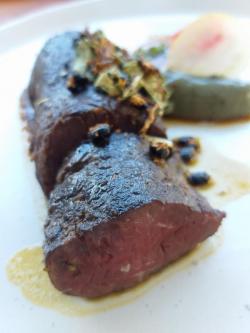 Certainly, the mega-diverse commonwealth isn't just about Sydney and Melbourne and the Gold Coast.

Over recent years, the humble western region of the country, too, has gradually been treasured by international gastronomes for its undiscovered food heritage.

Margaret River Gourmet Escape is an annual festival helping to promote the Western Australia region as an exciting food destination.

Held in the middle of warm spring season in November, the festival was initiated in 2011 with the idea of bringing esteemed international chefs on holiday while showcasing their talents together with celebrating local wines.

"We looked at various places around the world, places that have a rich viticulture and also are a really beautiful holiday destination, and we found Margaret River fits perfectly," said Hannah Pike, managing director of IMG Culinary, the event's organiser.

Tucked away in Australia's southwest corner and a three-hour drive from Perth, Margaret River is an inland town where the river meets the Indian Ocean. The vicinity boasts hundreds of kilometres of bush-fringed shoreline with crystal clear water and powdery white-sand beach as well as other natural attractions including pristine forests and caves.

Culinary-wise, the town has 187 wineries and more than 200 vineyards, and is considered one the most famous wine regions in the world. It is also a home of exquisite seafood, premium wagyu beef cattle, highly-priced Australian black truffle and numerous bush food ingredients.

"Margaret River is a truly unique place with wineries so close to the ocean. The warm sky by day and cold breeze from the ocean by night makes a nice climate and rich terroir for world-class wine. Sauvenon blanc and Cabernet here are some of the world's best, while Chardonnay is really amazing," Pike said. 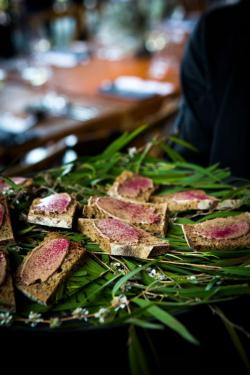 The 2018 Gourmet Escape festival saw 52 events in 25 different locations and more than 35,000 visitors over the course of three days. Among its extraordinary epicurean affairs were twilight dining in a secret garden, barefoot barbecue on a beach, a feast on a private yacht and dinner in a cave.

At the heart of the three-day programme was the Gourmet Village, a melting pot of all the gastronomic highlights the region has to offer. Spread over a large green space in the 50 hectare historic Leeuwin wine estate, it's where local food producers and winemakers as well as world-famous culinary authorities and visiting chefs gather to showcase their craft through tasty dishes, masterclasses, cooking demonstrations and various other activities.

Over the past seven years since its inception, the festival has welcomed big culinary names from all over the globe, including Heston Blumenthal, Rick Stein, David Thompson, Jock Zonfrillo, Alex Atala, Tetsuya Wakuda and the late Antonio Carluccio.

This year was the first year for Lexus to partner with the Margaret River Gourmet Escape. The concept of the festival is said to go in line with the luxury car company's principles. "We believe that true luxury, even in the automotive world, is about elevated experiences, hospitality and an emotional connection," said Christopher Taylor, general manager of Lexus Asia Pacific.

Craftsmanship, technology and food are three different components that can hardly be part in creating an amazing dining experience, said Shaun Quade, one of the festival's participants who's also regarded among the most innovative young chefs in Australia. 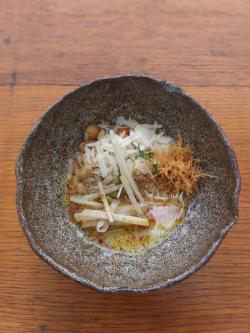 Quade has gained international fame for his experiential approach to restaurant dining, which combines food with art, psychology and technology. Lûmé, which he opened in 2015, became the first restaurant in Australia to incorporate augmented and virtual reality into the fine dining experience.

"Dinner shouldn't be just food in front of you. For me it's a whole experience with conversations and relaxation of the mind. We try to take our diners on a playful journey, and technology helps me make that possible with unexpected textures and flavours of the dishes as well as complementing ambience music.

"There's always a space for creativity and new techniques when it comes to experience. Still, as experimental as you can get, at the end of the day the food has to be satisfying," Quade said.

One of his famous creations I got to indulge in was Pearl On The Ocean Floor. It's a mind-blowing exhibition of sashimi-grade sea bream, miso-pine nut ice cream, bonito gel and handpicked coastal ingredients, namely green sea fingers seaweed, saltbush and samphire. Another dish, Marron With Umeboshi In Emu Dashi, featured the unfamiliar succulence of a large crayfish only found in the Margaret River. The crustacean in imaginatively-infused bird broth was complemented impeccably by fine wine from the region's own Fraser Gallop Estate winery.

As a chef who always lets the season influence the food, Carr said techniques allowed him to treat and present typical seasonal ingredients differently and at their fullest potential. His cuisine at Yarri is a celebration of the region's artisan growers and farmers, vignerons, distillers, fishermen, butchers and cheesemakers.

As diners and chefs all over the world are trying to better connect with food sources, foraging has lately become a global cuisine trend. And in Western Australia, where indigenous herbs and edible wild plants are plenteous, the wide food search is significantly favoured. 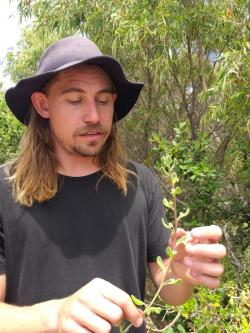 It is, however, illegal in Western Australia to go on a wide food search without a permitted license, said master forager-cum-chef Paul Iskov.

He explained that the natural environment of the whole of Western Australia was built over 70,000 years by indigenous cultures and the Aboriginal people try at a great degree to maintain traditional connections to the land.

"Foraging had been a local way of life here for tens of thousands of years. There's so much [food to be foraged] out there as well as knowledge that's been passed down for generations. We don't want that to stop but need to carry on the tradition in a very respectful and sustainable way," he said.

Chef Iskov is celebrated for his great love and respect for the land and endeavours to portray this through his food, locations, dedication and passion. His impressive career profile includes experience in highly-acclaimed kitchens of Brazil's DOM; Mexico's Pujol; USA's Coi; and Denmark's Noma. 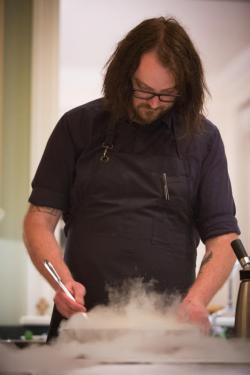 Back at home in Western Australia, Iskov established his restaurant Fervour in March 2013 with the aim of providing a culinary experience people can't get anywhere else. The pop-up establishment, which relocates between unique locations across the region, harnesses locally-sourced native produce. Occasionally he also leads a foraging tour for keen gourmands, guiding them to find wild-growing ingredients and how to identify if they are safe and delicious to eat.

Another cooking celebrity to wow visitors during the Margaret River Gourmet Escape festival was Paul Carmichael, the executive chef of Seiobo, a Sydney restaurant to recently hold the most prestigious three hats award.

Exclusively for Lexus' guests, the Barbados-native chef hosted an intimate dinner that centred on open-fire cooking underneath a twinkling sky surrounded by ethereal forest.

As world cuisines are to integrate more commonly with one another and food trends quickly come and go, Carmichael said that "to be delicious keeps the food current". 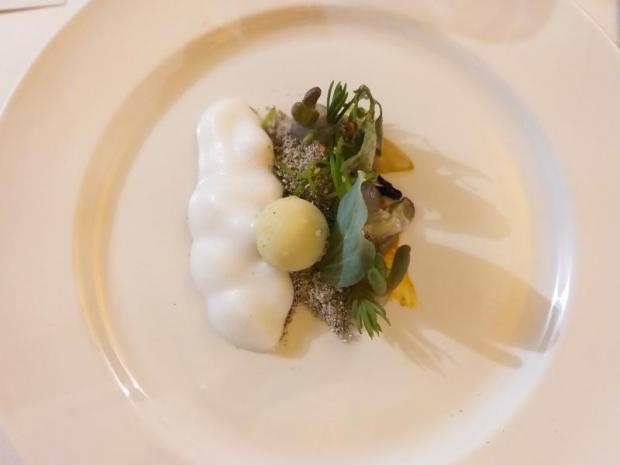 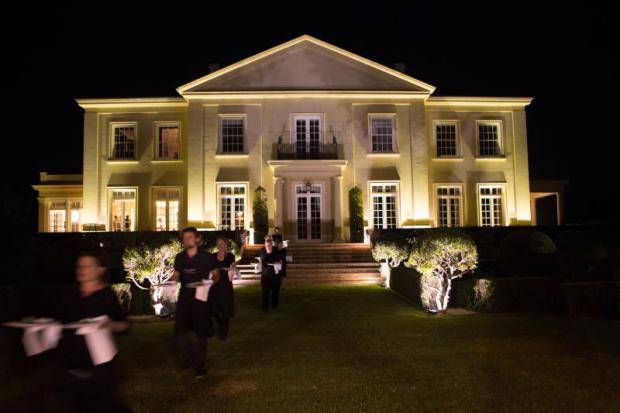 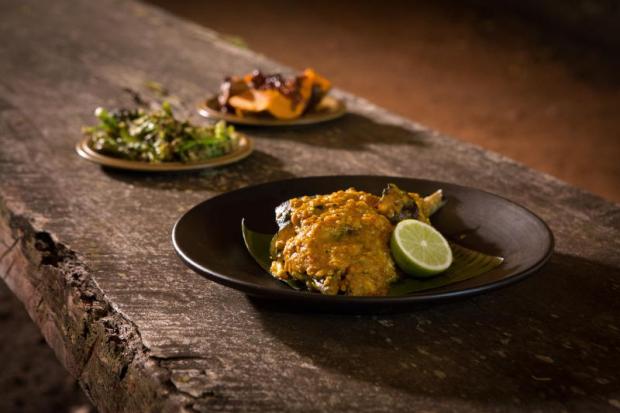 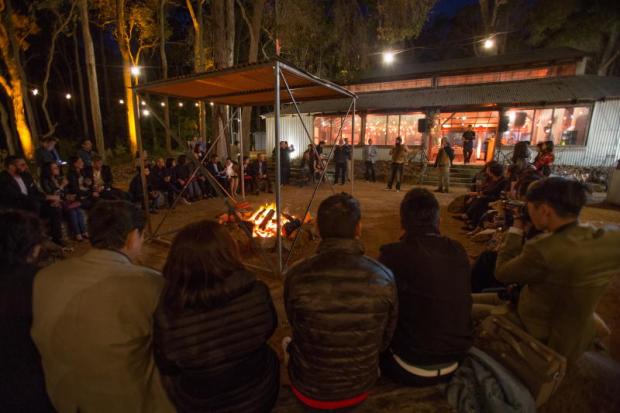