As a child, Amina was sexually molested by her uncle, who was a highly respected member of the family. The abuse started at the age of six and only ended when she left home aged 16.

In order to cope with her traumatic past, the now 36-year-old social worker entered therapy for six years in a desperate attempt to face her demons as her life began to fall apart. While she managed to find some solace, it still did not help her address the abuse or process what had occurred.

Eventually, Amina reached out for help to veteran family therapist Prof Rachel Lev-Wiesel, founder and former director of the Graduate School of Creative Arts Therapies (CAT) at Haifa University in Israel. It was only then that her situation brought her much-needed closure.

Lev-Wiesel was in Bangkok recently to conduct classes at Chulalongkorn University's Faculty of Applied Arts. Her expertise lies in healthcare professions that utilise the creative and expressive process of making art, to improve and enhance the physical, mental, emotional and social well-being of individuals of all ages. CAT involves art, music, dance movement, drama and psychodrama. In Amina's case, it was her provocative drawing that allowed her to reflect on her troubled past.

"Art therapy is a form of psychotherapy that uses art media as its primary mode of communication -- including paint, chalk, crayons and sculpture -- and it is especially valuable for clients who have difficulties expressing themselves verbally," she explained. "In music therapy, treatments may include creating, singing, listening to and/or moving to music in order to strengthen clients' abilities. Similar to art therapy, music therapy also provides alternative ways of communication for individuals who find it difficult to verbally express themselves. 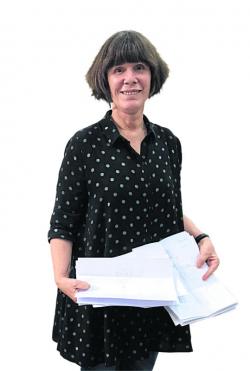 Lev-Wiesel believes Thais have an innate talent for drawing which can be useful when dealing with unspoken emotions. Courtesy of Prof.Rachel Lev-Wiesel

"Dance movement therapy is founded on the belief that the body and mind are an interrelated continuum. Through the vehicle of movement and dance, the client can creatively explore and enhance emotional, cognitive, physical and social integration."

Lev-Wiesel noted that while CAT sessions can be enjoyable, they are by no means recreational activities or art lessons. Clients do not require previous experience or expertise in art. What CAT does is "employ creativity and imagination that research has found to contribute to coping and problem solving, creation and playfulness among other areas".

"Utilising various forms of art medium -- whether drawings or drama, movement or music -- equips people to better express their emotions, feelings and inner difficulties, bypassing dissociative mechanisms, strengthening dialogue with the external and internal world, and even encouraging verbalisation," she said.

To further expand on how CAT befits trauma survivors, she talked about how the first language humans use is body language, which requires all the senses. With traditional therapies, the focus is more on listening and talking, so the other senses are not addressed.

"The body has a lot to say," Lev-Wiesel explained. "Sometimes the body expresses something verbally and sometimes opts to take another form to express what is is feeling. Usually survivors of trauma or children who have learning difficulties or other issues don't disclose what is troubling them, chiefly because they do not know how to verbalise what they feel."

Sometimes, there are circumstances where areas within the brain block information connected to a specific trauma. Based on research, when victims are traumatised due to child sexual abuse, the incident is so overwhelming that the only way the body can cope with it is by blocking the blood flow to the areas of the brain that are in charge of retaining information.

"What happens is that when these blocked memories continue, and you have the same amount of blood flowing in your brain, the blood flow goes to areas in charge of, for example, aggressiveness, depression and anxiety. What then happens is that this person is not able to function normally, creating a number of problems for the individual."

Addressing blocked memories is essential to the healing process. CAT works on all the senses: visual arts like drawing help body movement and cogitative abilities, dance and movement therapy are about the body and drama therapy addresses how we act all the time. If trauma, especially as a result of sexual abuse and physical violence, is allowed to fester unaddressed, victims will continue to live a dysfunctional existence. 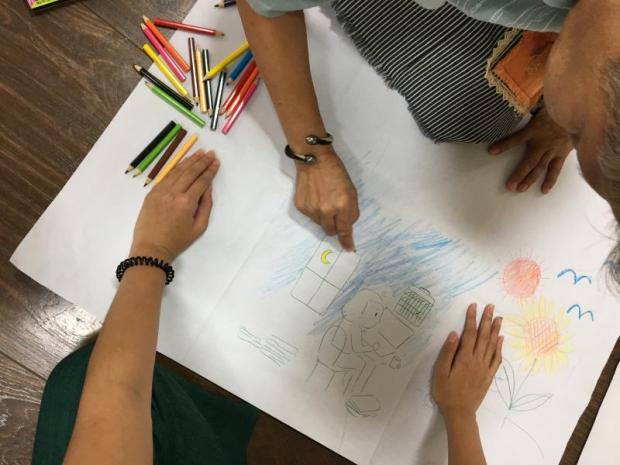 Students are given a free hand to draw childhood experiences. Courtesy of Prof.Rachel Lev-Wiesel

Lev-Wiesel gave the hypothetical example of a woman who is sexually abused as a child by her father who is both domineering and aggressive, so she fears him immensely. When she becomes an adult, she starts to take on two characters -- one of the victim and the other of the perpetrator.

"When she works in an office and finds a colleague who comes across as subservient, she becomes the perpetrator, by either bullying or dominating that person, not realising that she has taken on the character of her father. Now, if she has an abusive and aggressive boss, she takes on the character of a victimised child, who is weak and very much afraid of her supervisor. Her demeanour becomes submissive to the point that she drives him/her to become more abusive towards her."

A red flag that indicates whether a person needs CAT, according to Lev-Wiesel, would be when they have experienced some sort of trauma which adversely impacts their life.

"Trauma has to be addressed. If not, it can resurface in, not just emotional, but physical ailments. It depends from person to person; sometimes you can have a lot of physical illnesses instead of psychological ones. All types of disorders -- sleeping, eating and addictions -- are reasons one should seek help."

If parents are not perpetrators themselves, Lev-Wiesel suggests, they should form a close enough bond with their children so that they can feel at ease to speak with them about everything.

"Children should be encouraged to speak up, while parents should offer them support and believe what they share with them. Today, we observe that sexual abuse on children is often from people that are there to protect them. Teachers and religious leaders have for some time become known to be perpetrators, so it is the duty of parents to listen and have faith that your child is telling the truth."

Childhood abuse, both sexual and physical, can have long-lasting repercussions, so the sooner one deals with it, the less heartache one suffers as they grow older.

"During the classes I conducted at Chulalongkorn," she recalled, "we met with children from a shelter that housed survivors of sexual abuse who were aged five to 14. Among these children was a little boy who I was told was very aggressive. His drawings showed just how much aggression he was carrying. He also told everyone he was twice his age, which showed his need to be in control.

"Physical abuse and neglect is more prevalent in lower class families. However, sexual abuse is found in all strata of society."

A memorandum of understanding has been signed between Chulalongkorn University and Haifa University to foster cooperation in the field of Creative Arts Therapy, an important mutual path of study and research, that Lev-Wiesel believes will benefit both Thai and Israeli societies in the future.

"To address this, I believe the first thing is awareness," she concluded. "The second is talk to your children, talk about the dangers of who you should trust and who you shouldn't. Let your child know that they can come forward with anything to you and you will not judge, criticise or ignore them." 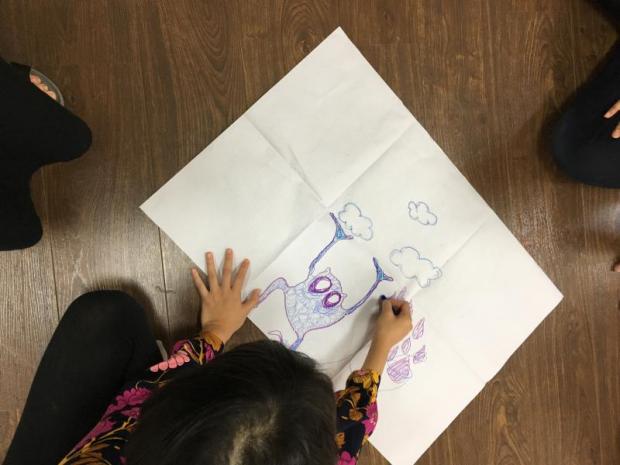 Drawings made by students at Chulalongkorn University. Photos Courtesy of Prof.Rachel Lev-Wiesel