Since his debut last July with the interactive wall Click Canvas at Yelo House, Natthakit "Kimbab" Kangsadansenanon has gone on to produce The Crown Pavilion, which he co-created with Conscious for Awakening Bangkok 2018 and Pixercise for Bhiraj Tower. The 26-year-old "creative technologist" revealed his latest work at Heineken 2.0 Barcade last weekend. A guest lecturer at several leading universities, Kimbab continues to produce interactive works that are an intersection of creativity, human experience technology and games. We catch up with him to ask about his unique creations and whether he still finds it difficult to explain what he does.

Click Canvas is what got the public's attention but what would you consider your debut piece? 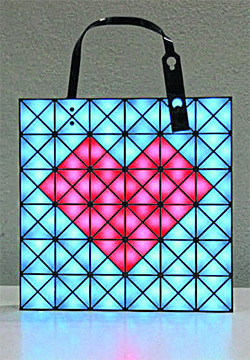 I created a conceptual Bao Bao bag as a personal project and it was published in Hackspace magazine. Each triangle of the bag can be lit up in different colours to create images. The bag itself is a canvas. There's another reason that I created it -- my mum and cousins didn't understand what I do so I had to create works to explain to them what I do. Before going to London to study for a master's degree on Computational Arts at Goldsmiths, University of London, I told my mum I studied robots, which I lied. When I came back to Thailand, they nudged me to apply for a job for months but now they see that I can create works for brands or events with my skill.

Is it difficult to describe your job?

At first, it was hard for people to understand. I had to be prolific and let my work speak for itsef. I call myself "a creative technologist". Someone who incorporates technology into creative and design works to make them more interesting while taking the human experience into consideration.

While studying for a bachelor's degree in architecture at Chula, I got to look into student works from MIT Media Lab and other institutes. I became very interested but didn't know how to go about it. I kept it at the back of my mind and after graduation, I came across Computational Arts programme. At first, I didn't know exactly what it was but after reading through their subjects, I realised these were skills I wanted to learn. I also look up to interactive artist Daniel Rozin, who's known for his kinetic mirrors that are responsive to movement. I wish I could be able to do something like that one day but I think of myself more as a designer than an artist. He showed me that I could create interactive works for living. 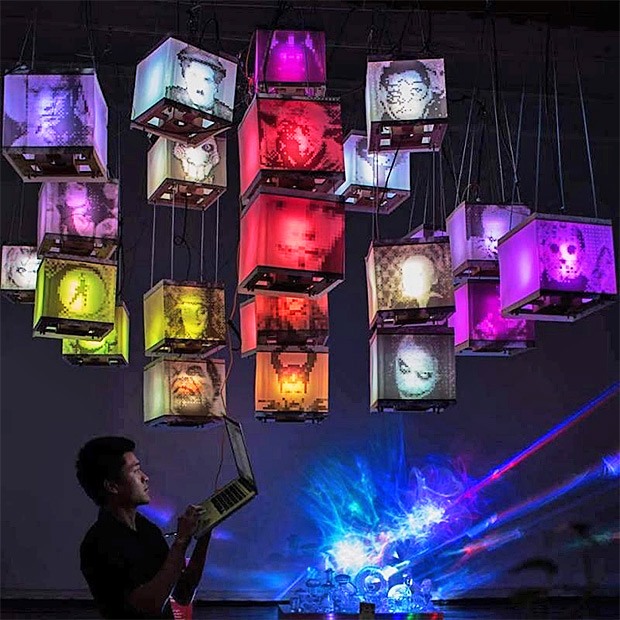 Tell us about some of your past works. 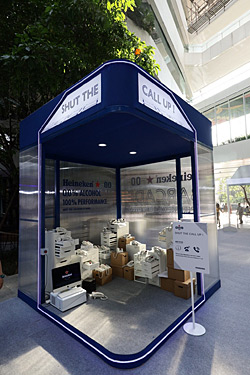 For Click Canvas, I knew it could be used to create so many images. Visitors are the artists who came to create their works on my digital canvas. And many times, they surprised me. I saw the Thai flag, Deadpool's face and unicorn on Click Canvas. It's up to their imagination and my work never completes without their participation.

Later, I was lucky enough to collaborate with pixel artist Wee Viraporn [Conscious' design director] on The Crown Pavilion for Awakening Bangkok 2018. Our site was the Prince Theatre Heritage Stay so we wanted to play with people's perspective while pay homage to its history at the same time. We came up with glowing boxes hanging from the ceiling. Each had pixelated picture of movie icons. From one angle, it looks like a crown, but from another, it looks like a chandelier made of boxes. I added a controller so people could change colour of each box and create their own crown. I find myself being drawn to the concept of providing people with a blank canvas, which they can unleash their imagination onto.

My collaboration with Wee led to Pixercise. Bhiraj Tower wanted to promote work-life balance for office workers so we pitched the idea of turning Click Canvas into a game that people have to press the lit-up boxes as many as they can in one minute. They greenlit it immediately and I set up Pixercise in December at Bhiraj Tower at Bitec for two days and moved it to Bhiraj Tower at EmQuartier for two more days. It was such a great experience because I got to see people's feedback. Seeing officer workers eager to play with my work made me feel so good. I'm so glad to see that my works bring smiles and happiness to them.

Let's talk about Shut The Call Up, which Heineken commissioned.

Eyedropper Fill, a multimedia design company, was working with Heineken to create an event with four games, each of which corresponds with their target groups, to show that their new non-alcoholic drink won't give you a buzz. They asked me to create one game with office workers in mind. That's how Shut The Call Up came about. I got to work with people from various fields; graphic designers, pop-up designers, project manager. It was more professional working experience for me. The game challenged you to pick up as many calls as you can from 23 phones within a minute.

What's challenging about the work you do?

You can start with a very big idea but you'll also have to work within the frame of reality and real interaction people have with your work. People may punch your work instead of touching it. Every time I install my work at a place, it's an experiment that I collect real results from and use them to improve my next works. I have to be quick to fix problems at the site to ensure smooth operation and good experience for users. I really don't know how people would react to my works until I see it for myself. Learning human behaviour can help me become a better designer.

I'm just starting out. For this year, I wish to collaborate with more people. I want to develop my Click Canvas further. In long term, I would like to create my own product. Perhaps, something that serves as a canvas for people to release their own unique creativity. I think I'm lucky that I know people who are so kind to mentor and help me along the way. I believe my works have versatile uses -- be it decorative or commercial. I think I'm on the right path.

Kimbab is open to do commissioned works and can be reached via https://kimbab.me.