Nunthinee Tanner is known as many things: Thailand’s first female polo player and the managing director of LBG, a multi-business corporation behind many lifestyle ventures ranging from restaurants to retail and cultural platforms. Another remarkable accomplishment, for those who do not know this society staple, would be her role in spearheading the emergence of spas in Thailand. 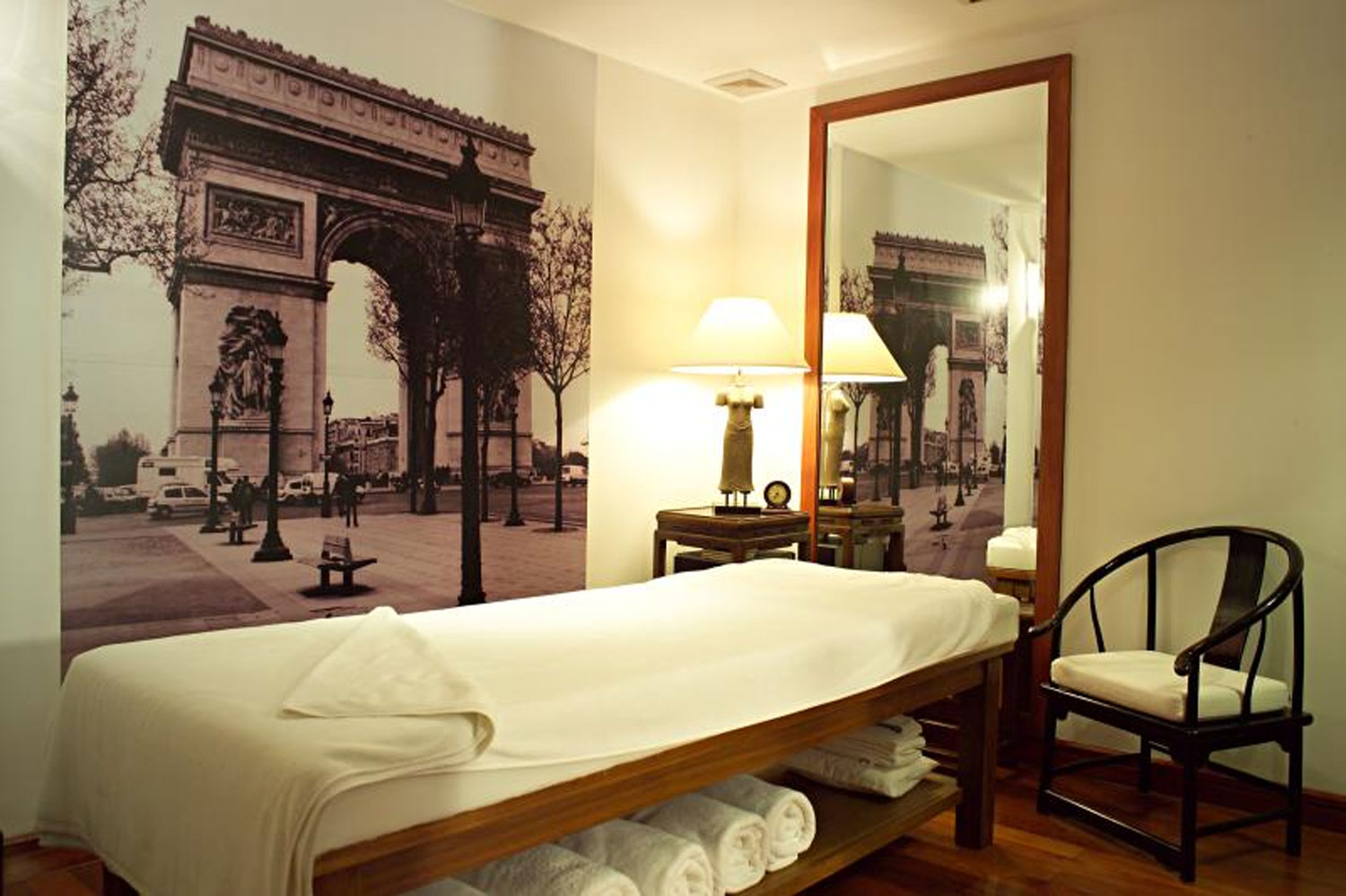 “The word spa did not exist in Thailand 20 years ago,” explains Nunthinee. “Back in the day, no one used this word, because there were only salons and massage parlours. I know this because I was the one who started the Oriental Spa at Mandarin Oriental in 1998, which is Thailand’s first.”

As the official distributor of beauty products and owner of the Guerlain Boutique since the late 80s, Nunthinee had been approached by the general manager of the Mandarin Oriental, who asked her to help him open a spa for the hotel. She recalls: “I flatly refused because I didn’t even know what a spa was! It was only something you see abroad. How could I run one?” Yet she was asked to help import from France the marine-spa brand Thalgo, a name the GM had received from a spa consultant. It was after visiting the south of France and getting acquainted with thalassotherapy, or use of seawater in treatments, that Nunthinee learned more about the art, technology and general know-how of spas.

During this time, Nunthinee was already busy with her Guerlain Boutique, which offered a range of facial treatments. When her contract with Guerlain ended in 2000, Paris Spa, currently situated at the Alma Link building on Chidlom Road, was born. At that time, it was considered a risky and revolutionary move because of its stand-alone positioning. “It was the first boutique day spa in Bangkok, and back then it was very difficult,” the spa pioneer recalls. “It was very hard to get customers to walk in because people drive right past and just go to malls. It was about shifting the whole consumer lifestyle.”

Gone were the blues and motif of the French beauty brand; the interiors shifted to encompass the characteristics of classic French decor: black and white stripes and tiles, but coupled with lush Asian antiques, teakwood accents and opulent gold-framed mirrors. A new wing also opened at Alma Link Building last year, following the closure of the branch at Peninsula Plaza.

“This Paris concept came from the fact that my clientele and myself like to go to Paris. And we would go as often as if going to Yaowarat Road,” the director says of the interiors, which she has also designed by herself.

Coupled with the know-how that her establishment had reaped from their Guerlain days — all staff had to be trained in Paris in order to maintain the brand’s standards — Paris Spa’s treatment menu has expanded to include rejuvenating programmes that heal the face, body and hair. Following the concept of choosing only the best for customers, the director has handpicked Valmont for facials, Thalgo for body treatments and J.F. Lazartigue for hair treatments to be used at Paris Spa. The owner is, in fact, well acquainted with the benefits of each brand, as she was the very person who had to do the translating between her staff and French professionals. Along the way, she has gotten hands-on too and personally knows the movements for various treatments as much as her staff do. It shows in her sparsely wrinkled complexion despite now being well into her 70s.

“For the face, you may wonder why I chose Valmont from Switzerland,” says Nunthinee. “In the market, not many brands are from Switzerland and most are from France, because everything originated in France. But I chose this because Switzerland is famed for their pharmaceuticals and advanced labs. There is no product that does not use water, and Valmont uses only glacial spring water, which is fabulously packed with minerals.”

For body treatments, Thalgo was chosen, for the therapeutic properties it offered from the sea. The pioneer explains: “The brand name takes its root from Greek for therapy with seawater. It is believed that we are creatures from the sea and it was from there that we emerged. Scientists from France have found plasma in our bodies quite like in the sea. We have matching trace elements with the sea and this is why therapy with seawater is easier and why I have rarely had any customer allergies or irritations in my decades of business.”

The hair-product line, however, will change from J.F. Lazartigue to Aveda, starting tomorrow. Of this change, Nunthinee says that a proliferation of high-quality products is available in Thailand now, which no longer requires her spa to import premium products by themselves. “I think Aveda is among the best, in the sense that it is a big brand and owned by the Estée Lauder group. It won’t give me headaches by running out of stock. Their colouring is also very good and their treatments are similar to those of Lazartigue for tackling hair loss and damage and oily hair. It’s a big brand with protocols, such as giving customers a hand massage before a hair wash and also monitoring the hair with machines in order to select the best shampoo or treatment for that particular moment.”

With a deep appreciation for holistic wellness and understanding of the ancient healing properties of Ayurveda, the American hair-care brand was founded in 1978. Alongside Aveda’s premium products are nature-friendly practices, leaving no question as to why its presence extends to over 40 countries and 9,000 salons and spas around the world — and now at Paris Spa too.

Tomorrow will also see the opening of Paris Spa hair salon at the Mandarin Oriental, across from the lobby in the retail plaza. Nunthinee’s boutique spas may have changed locations from Witthayu Road to Peninsula Plaza to the Alma Link Building where it stands today, but what remains consistent is its commitment to offering therapeutic treatments and to preserving the beauty of its patrons. She concludes: “It was the quality we offered our clients. But don’t come to me if you don’t have any problems and want to relax. We are here to solve your problems with treatments. Prices are steep, but customers can experience the products on a complementary basis first and then decide to buy the courses. We offer stability and quality, and that’s led to our ongoing survival across the decades.”

Test your privacy knowledge with a cup of milk tea