Reflection of a budding country

The beauty pageant at which Myanmar gets to strut its stuff

"So when an opportunity presented itself, I decided to give it a shot," said the 20-year-old performing-arts student from the National University of Arts and Culture, a public university in Yangon, Myanmar. Her father, a soldier, and her housewife mother gave their blessing for their daughter's pursuit in the world of beauty pageants. She previously won Miss Supranational Myanmar 2016, and went on to reach the top 10 of the Miss Supranational competition in the same year in Poland.

Last week, Swe Zin Htet brought home another coveted crown when she was announced as the winner of Miss Universe Myanmar 2019. Representing the city of Hpa-an, the capital of Kayin State, she came out on top among 26 contestants in the final round, which was held at Novotel Yangon Max hotel in Yangon. Additionally, she won Miss Best Swimsuit by BSC Streamline.

Onstage, each woman was decked out in colourful bikinis and evening gowns. They strutted around with confidence as a singer serenaded the cheering crowd, and later they answered questions to show their wit and viewpoints on different topics as is the format of Miss Universe. To the audience, the sight of a modern beauty contest such as this has gradually become a norm in a country that has only opened its doors to the world in less than a decade. 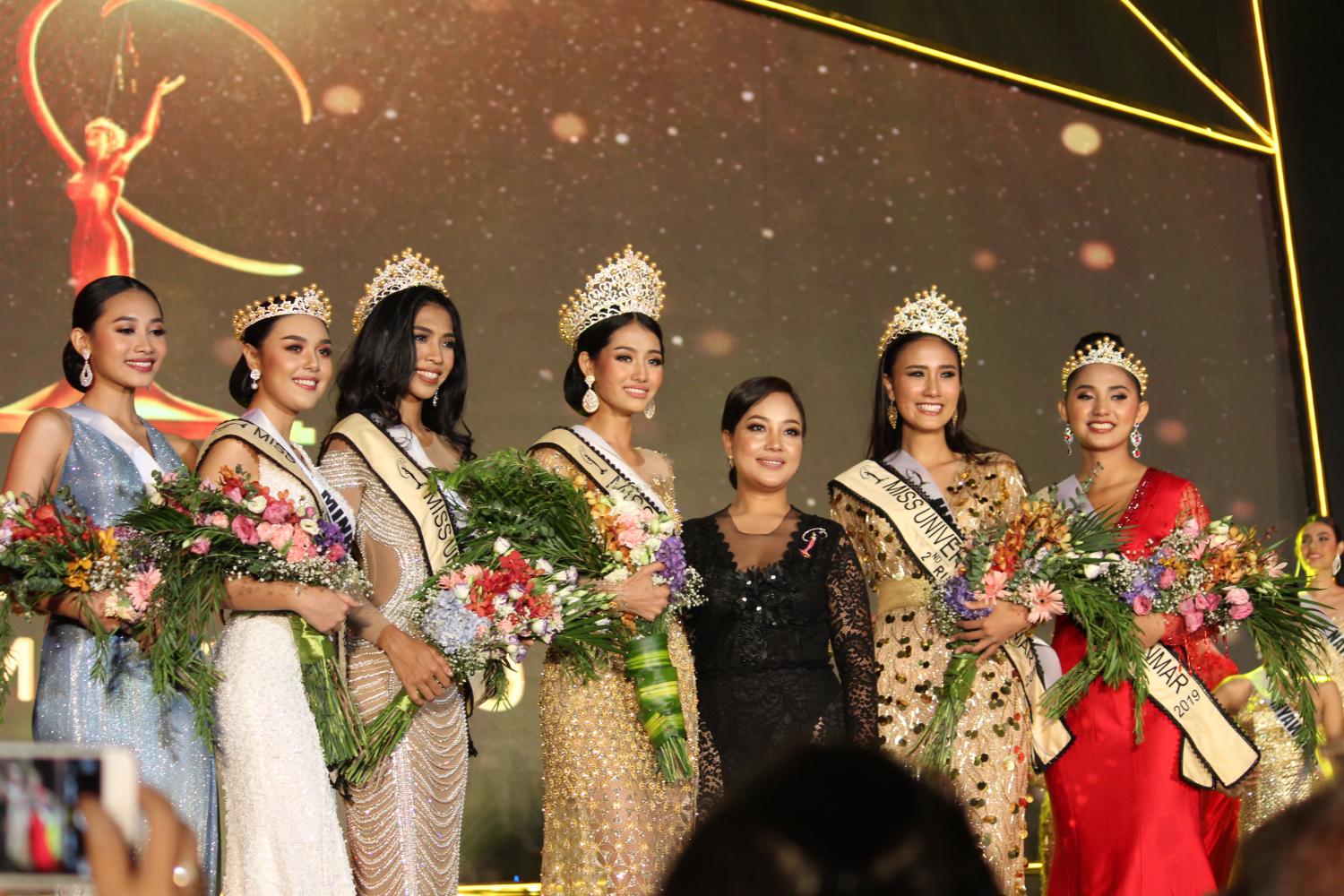 Soe Yu Wai, third right, stood with her top six contestants, who will compete on other international stages.

Then known as Burma, the country debuted on the Miss Universe stage from 1959-61. This was put on hiatus from 1962 onward, after a coup led by General Ne Win went on for around five decades, during which time no Burmese woman was sent to compete in the Miss Universe pageant. It wasn't until 2013 that Miss Universe Myanmar returned to the big stage after half-a-century under the initiative of Soe Yu Wai, director of Yangon-based Hello Madam media group, who serves as the pageant's national director.

It could be said that the Miss Universe Myanmar competition has become quite a reflection of this budding country, with a beauty-pageant industry that is growing and adapting to the world's trends. In its inaugural year, the contestants wore one-piece swimsuits. The competition was held at the National Theatre of Yangon. That has since changed over the years as the swimsuits became more revealing and the venue moved to a hotel ballroom.

"Today, we also focus on modernising the competition through performance and show. From something more of a traditional style, we are moving towards something more modern, and this can also be seen in our stage design, which incorporates more LED and technology," said organiser Soe Yu Wai via an interpreter.

This year's competition also saw the debut of singer Nay Shwe Thway Aung, who performed live for the first time during the swimsuit contest. He made his name covering the songs of Enrique Iglesias online. He is also a business tycoon and grandson of Senior General Than Shwe, Myanmar's dictator and former head of the military junta. Soe Yu Wai called Miss Universe Myanmar the top beauty pageant in the country. This year, contestants were sought from 30 cities throughout Myanmar. Her Top 5 beauty queens will represent Myanmar at different international pageants around the world, with winner Swe Zin Htet going on to the Miss Universe competition, and her runners-up going to Miss Grand International, Miss Intercontinental, Face of Beauty International and World Beauty Queen, respectively.

Soe Yu Wai is licensed as a national director for these five pageants. She also revealed that she received a 30-year licence from the government to host beauty pageants in the country.

"We seek women with a healthy body, beautiful mind and Myanmar heart -- one who is honest, polite and carries public conscience," she said.

"I want to open up opportunities for Myanmar girls. I want to see them on the international stage," she simply said. "[Following the local contest,] we see what each of our beauty queens still lacks. They will undergo training in Bangkok or the Philippines. We will improve them before they go onto their respective international stages." 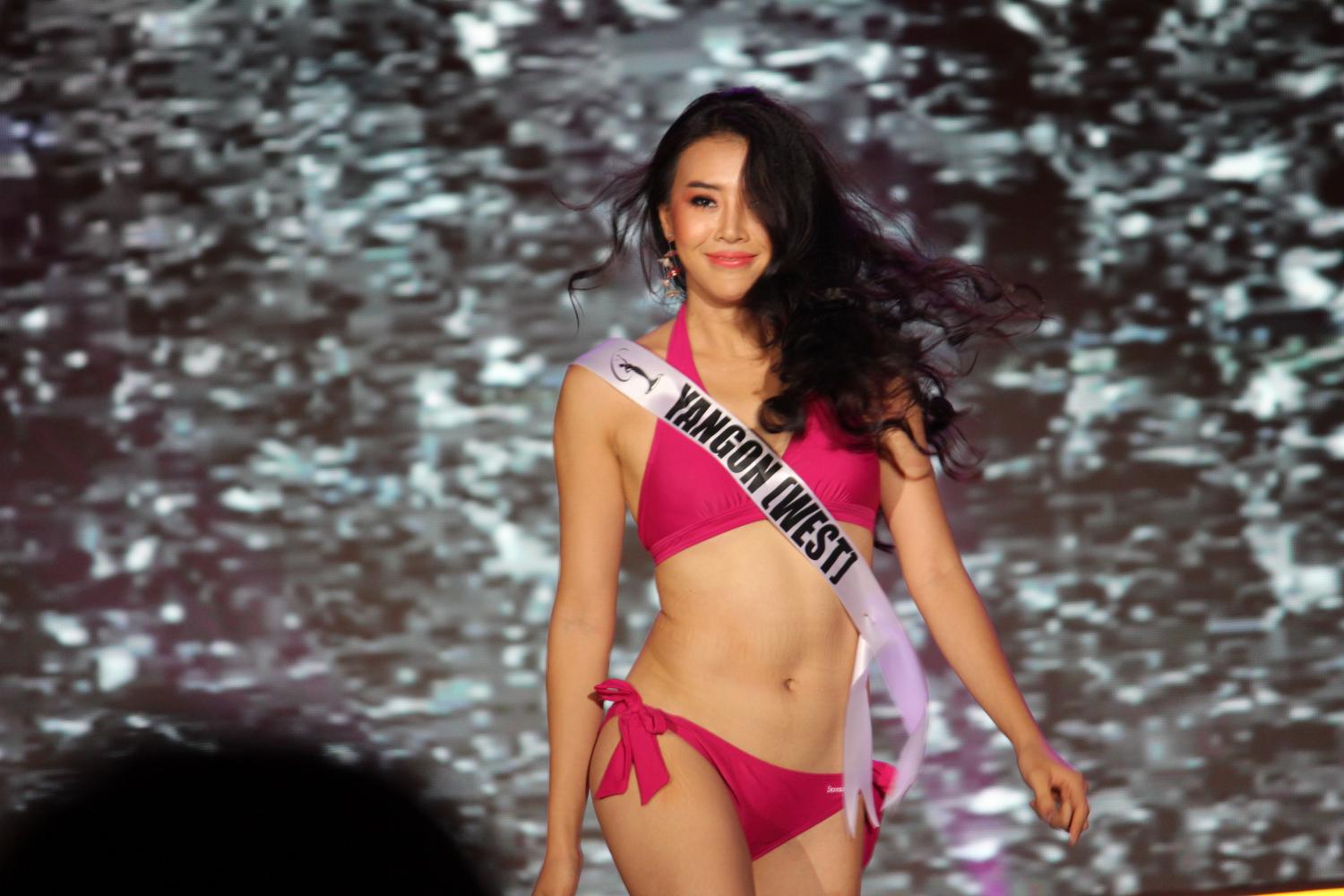 Despite being a relative newcomer on the world stage, Myanmar women are gently making their mark around the globe. Last year, beauty queen Myint Mo May won Face of Beauty International 2018 in India. Two other Myanmar contestants became semi-finalists in World Beauty Queen 2017 and 2018. In perhaps its most recognisable award, Htet Htet Htun won Best National Costume at Miss Universe 2016 when she morphed herself into a traditional puppet, wowing the judges and audience in the Philippines and those watching live around the world.

"I'd say we're a country to keep an eye on [when it comes to beauty pageants]. We're on the rise and we're no lesser than anybody," Soe Yu Wai said. Her pageant is privately owned. She said she received no financial support from the government.

While she believes the pageant and her beauty queens are helping people to learn more about Myanmar and its culture, there is nothing concrete yet in terms of the economic or tourism benefits.

Images that have been presented internationally of Myanmar through its presentation of national costumes usually resonated ethnic diversity, traditional arts or lifestyle.

Some of the country's past national costumes on the Miss Universe stage have included showcasing ornate traditional theatre and puppet shows. Last year's portrayal was more minimal, with a costume inspired by thanaka, a cosmetic paste made from ground bark that can be seen commonly applied to the faces of women and girls. We now look forward to what the pageant will present this year, and it will be interesting to see whether they choose to offer traditional lavishness or a more modern interpretation of their culture. 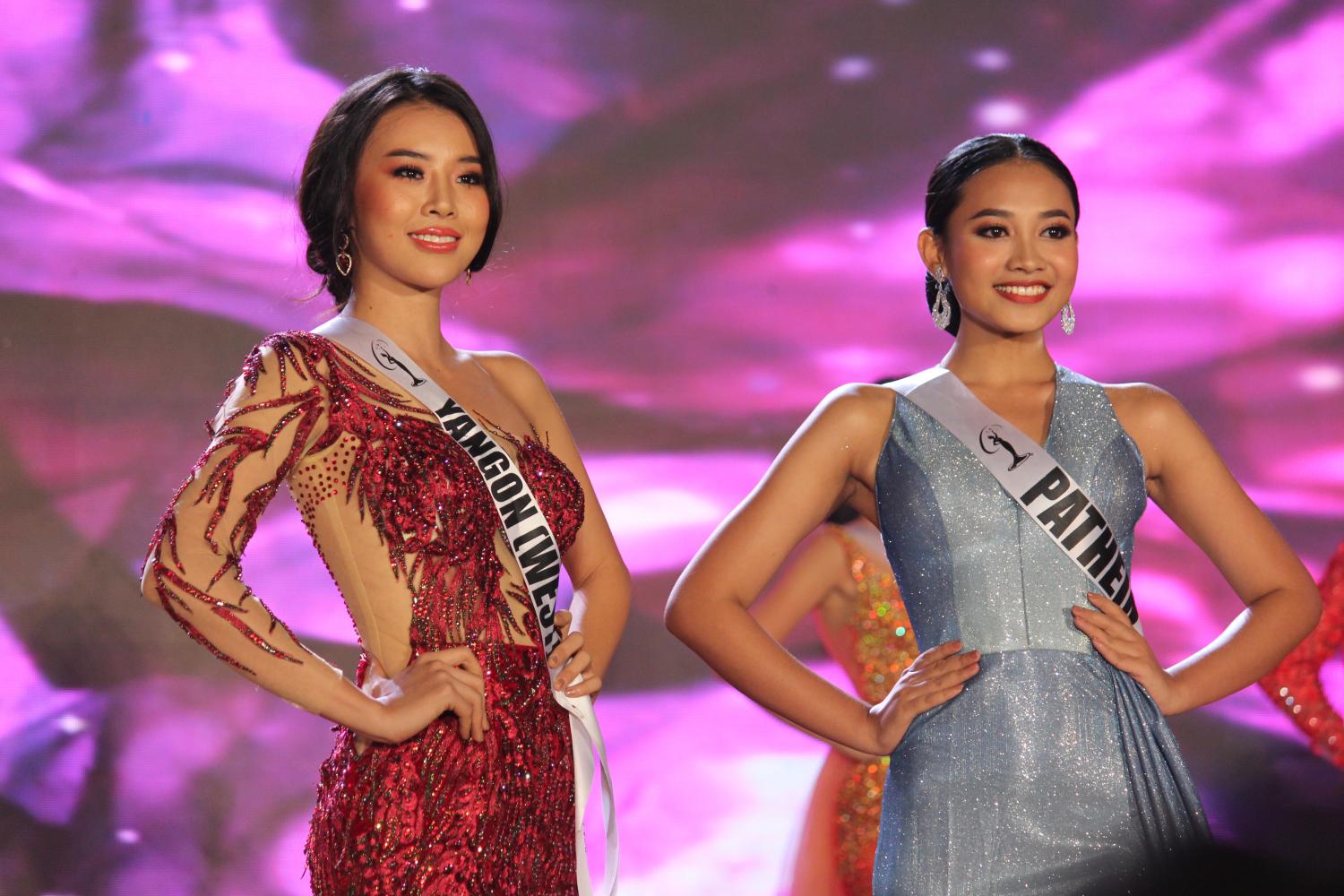 "Myanmar and Thailand are neighbouring countries. We're like sisters. Thailand is ahead and leading the way. Please guide Myanmar there, too," said Swe Zin Htet.

Looking ahead, Soe Yu Wai said she aims to bring Myanmar its first Miss Universe crown within 10 years. Meanwhile, she continues to provide opportunities for her past and current beauty queens.

"The title and the crown of Miss Universe Myanmar made our queens able to achieve success somewhat easier. Most of the winners became actresses," she said. "I have a lot of connections." 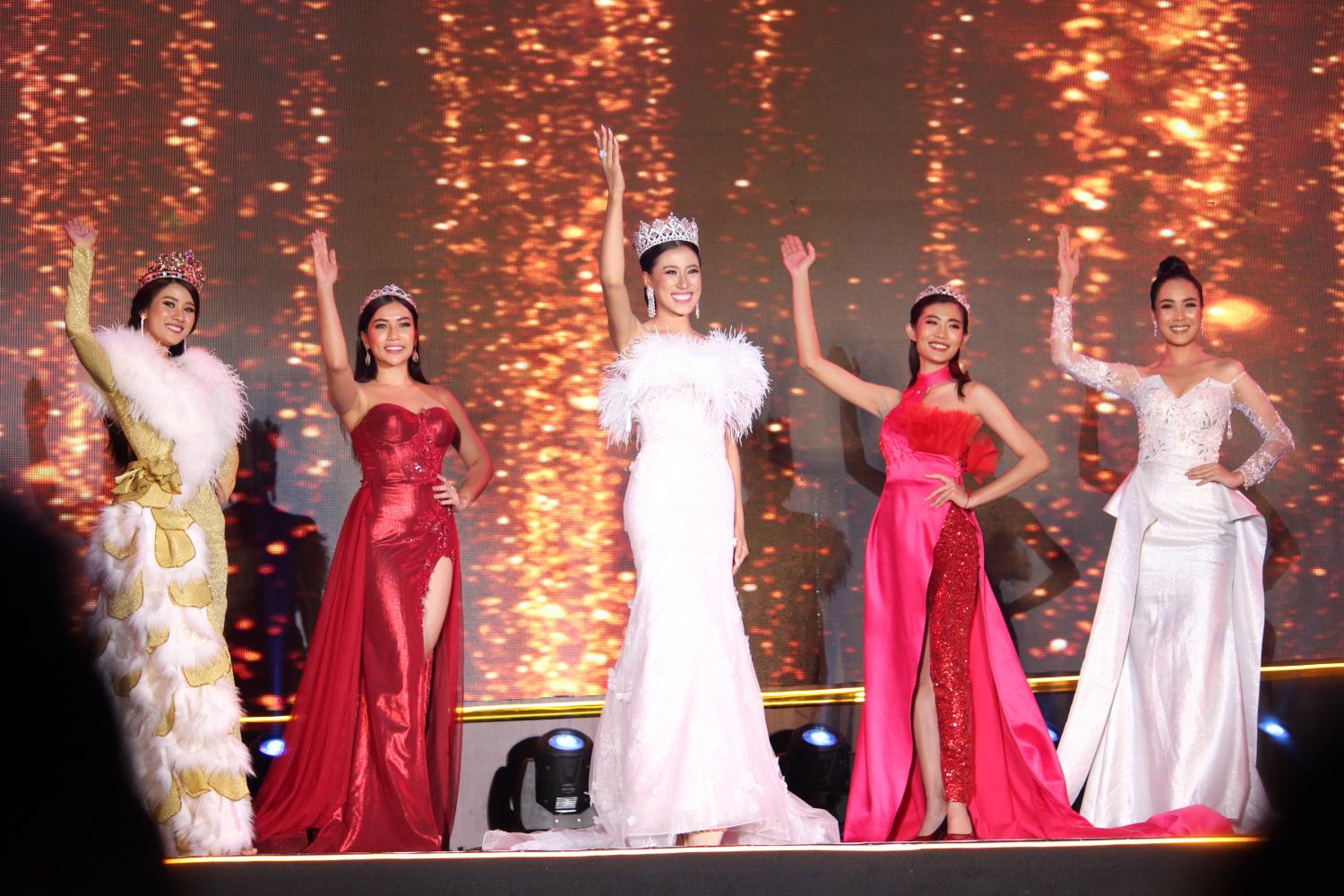 Testifying to that statement is Hnin Thway Yu Aung, 23, last year's winner, who was presented at the competition to crown her successor, Swe Zin Htet. During a pre-show interview with the Thai press, she said her life has indeed changed a lot over the year since she's been crowned. Aside from participating in the Miss Universe competition that was held in Thailand last December, she has become a model and an actress. It's a long way from operating an optic shop in Tachileik on the border of Myanmar and Thailand, which she used to do before competing in beauty pageants.

Similarly, Hnin Thway Yu Aung has dreamt of the beauty queen's crown, saying it's quite an influential thing for girls and women here.

"Girls in Myanmar are very interested in beauty pageants, especially when it comes to Miss Universe, as it is a world-famous pageant that can present the culture of Myanmar girls to the world. The girls look to pageants for beauty and trends," she said. 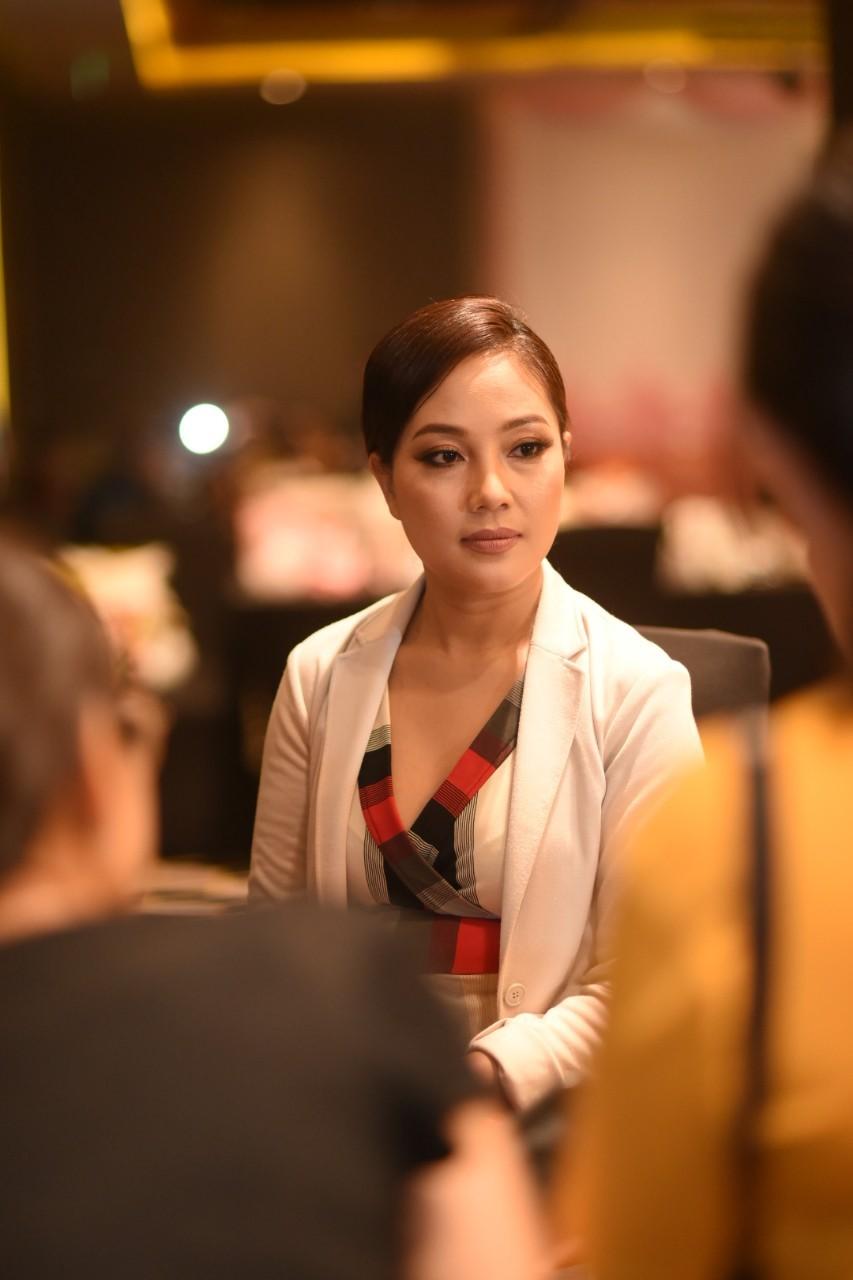