For Pride Month, an Asian art programme reminds schools there are many colours in the spectrum

Recent months have seen positive strides in LGBTI rights across Asia-Pacific. There has been incremental progress toward civil unions in Thailand, while Taiwan (China) made history last month by legalising same-sex marriage, and late last year India rescinded colonial-era laws criminalising homosexuality in a major human-rights victory. There are still countries in the region, however, where LGBTI rights are under threat because of retrograde laws and worsening discrimination. 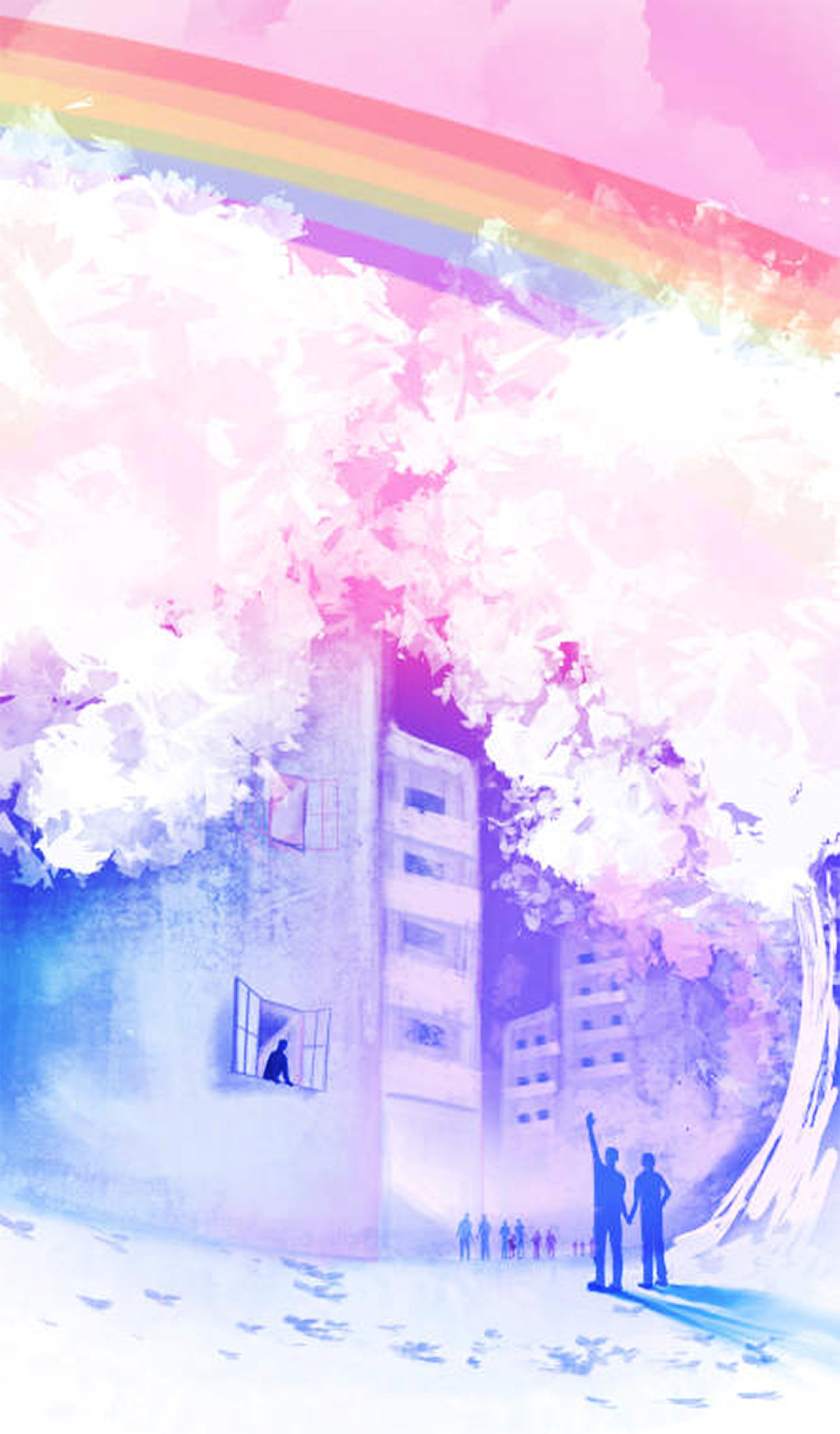 As June is being celebrated as Pride Month worldwide, equality and inclusiveness clearly make society better for all, while schools and education are fundamental to shaping just societies. It is, however, evident that many schools are simply not safe spaces for lesbian, gay, bisexual, transgender and intersex (LGBTI) students, some of whom are subjected to regular verbal, physical, psychological and sexual violence. That injustice is a living reality well-known to many children and youngsters.

School-related violence and bullying based on sexual orientation and gender identity or expression occur in every country in the world. In Thailand, a survey of LGBTI students found that 55% had been subjected to some form of violence in the period of a single month. Other studies have found that students who do not conform to "masculine" or "feminine" gender stereotypes are also more likely to be targeted.

In recognition of the International Day Against Homophobia, Transphobia and Biphobia last month, a campaign entitled #ColourMeIn has been set up. Co-ordinated by Unesco Bangkok, the campaign features 17 LGBTI and ally artists from across Asia, including three from Thailand, whose work opens new windows into the realities of school violence and bullying, as well as what safe and inclusive schools should look like. 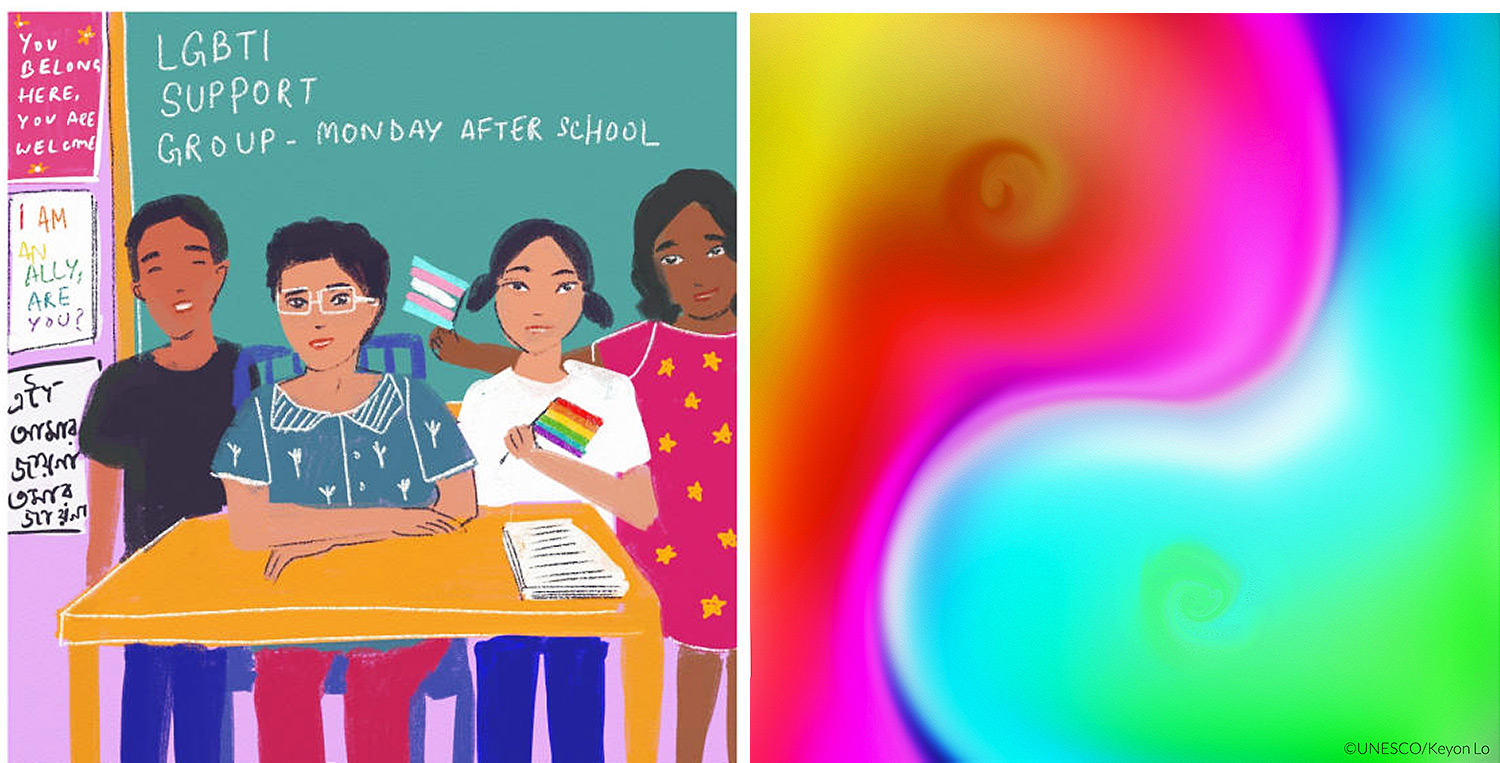 #ColourMeIn has reached out to more than 60 civil-society organisations as well as influential artists and activists to show how possible it is to achieve safe schools. The advocacy effort features comics, soundscapes, collages, photographs, illustrations and short videos, building on the previous "Purple My School" anti-bullying and School Rainbow campaigns, co-ordinated by Unesco with support from UNDP's Being LGBTI In Asia initiative.

"We normally have the term 'closet' to describe LGBT people hiding themselves away. I don't like the concept of closet, especially in Asia, because not all schools have a 'closet'," writes the Vietnamese artist Andrey Tran, in describing his work A Window (That Is Safe To Open), which is part of the campaign.

"At least in Vietnam, the image of a child sitting and looking out the windows is more familiar. Many children at school are isolated, bullied, they sometimes sit and look out the window to their friends playing in the schoolyard. We not only try to open the windows, let them see, but encourage them to come out and join the fun."

A common theme that shines through all of the disparate artworks is that fear and bullying do not need to be the norm. A strong belief in oneself, a reimagining of gender and sexuality, often with the support of loved ones and allies -- all of these can create spaces for enduring, inclusive school communities to the benefit of all. The artwork recognises that whole-school programmes covering all aspects, including policies, curricula, teacher training and peer support, are essential for LGBTI inclusion, and have a bearing on students' health and well-being. 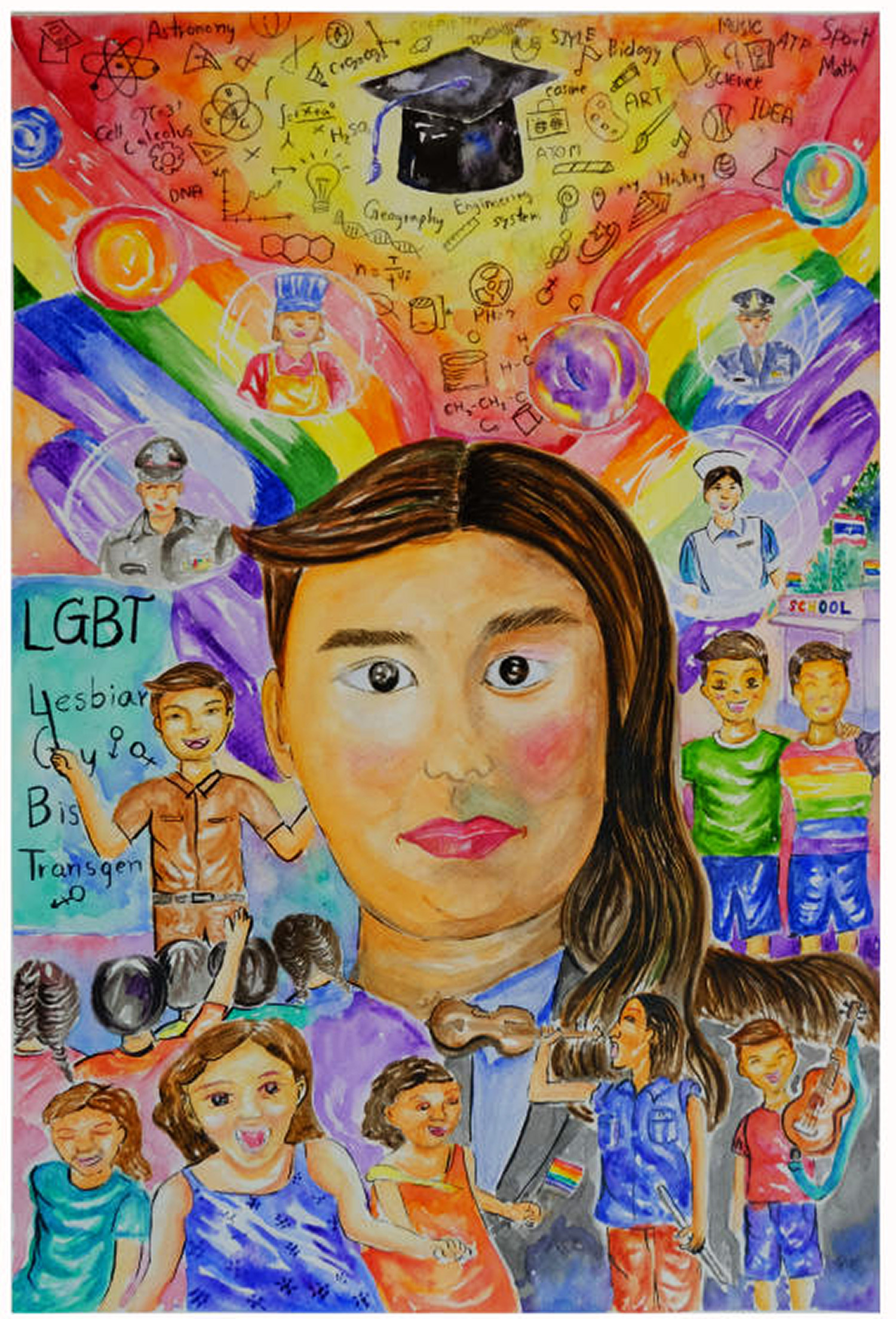 The artists also acknowledge that those strengths need to be reinforced by clear policy. "Zero-tolerance policies for Sogie [sexual orientation and gender identity or expression]-based bullying is of utmost importance in creating a safe and comforting learning environment for LGBTQ learners, and all educators should be well-versed advocates," said Canadian-Filipino artist Jay Cabalu, whose contribution Back To School depicts everyday school items in the colours of the rainbow.

There are clear policy principles that have already been proven to work in establishing safe and inclusive schools. National and school policies to address violence need to be reinforced with school curricula that include positive representation of sexual orientation and gender issues. Pre- and in-service training and resources for education staff to prepare them to deal with bullying and violence, as well as to teach positive and empowering messaging for LGBTI youth, must be complemented with services and support for families and students. To achieve the long-term goal of resilient and inclusive schools, we must build support networks including government, policymakers, schools and families to ensure that all of our students are safe.

The #ColourMeIn campaign reaches out to LGBTI children and young people to tell them that they are valued and they are loved. It also reaches out to civil society, in some cases to urge people to rethink their stereotypes and prejudices, and for all to realise that safe schools and societies are a fundamental right and an obligation that we must fulfil.

"Instead of reinforcing labels, I think it's important to look at how fluidity and gender work in a so-called heteronormative life," said Upasana Agarwal, an Indian artist whose work Reimagining The Classroom As A Safe Space shows a diverse LGBTI support group. "I think we will all find ourselves freer if we don't try to box people up. If a child is struggling, it might be important to speak to them when the time is right, before it's too late."

Hunter Gray is a programme officer and Wei Chongzheng a trainee in education for health and well-being at Unesco Bangkok.