When Si Quey was accused of murdering seven children back in 1950s, the Chinese immigrant also was believed to have removed his victims' organs, boiling them before eating. After the murders that took place in Prachuap Khiri Khan, Bangkok, Nakhon Pathom and Rayong, Si Quey was arrested in Rayong in 1958, reportedly in possession of the body of a boy, together with an extracted heart and liver. He confessed to the murder but denied charges of cannibalism.

Eleven days after his execution, Siriraj Medical School asked for Si Quey's body for autopsy studies, which later became an embalmed corpse covered with liquid paraffin. The preserved cadaver was first located in an anatomy building before moving to an exhibit at Songkran Niyomsan Forensic Medicine Museum in 1991. At that time, nobody claimed to be his relatives.

Si Quey's body on display at Songkran Niyomsan Forensic Medicine Museum, which is part of Siriraj Medical Museum, is not the only museum highlight, while considered a significant medical cadaver. But last month, the body that has been resting at Siriraj Museum for almost three decades suddenly caused a huge public debate when an online petition demanded the release of Si Quey's preserved cadaver from the showcase. The petition, which has so far been supported by more than 17,000 people, was submitted by Faroh Chakapatranon, who believed the museum should terminate the exhibition of Si Quey and restore his dignity by giving the embalmed body a proper funeral.

On May 31, officials removed the label "Si Quey, Cannibal" at the exhibition of the convicted serial killer's corpse, replacing it with a sign that reads "Death Row Prisoner".

"This embalmed corpse was the only exhibit that had a name label, so we decided to take it off. And if we are going to hold a funeral service for Si Quey. We must consider [doing the same] for other preserved cadavers as well," said Prof Dr Prasit Watanapa, dean of Mahidol University's Faculty of Medicine at Siriraj Hospital, of the cadaver of Si Quey who has been a folklore bogeyman for many Thais.

The criticism that the exhibition of Si Quey's cadaver could violate his human rights started after evidence emerged that he might be a scapegoat in the serial killing cases. After a video "Si Quey Didn't Kill" was shared on YouTube, he received more attention and support. The video featured the mother of the only surviving victim. The woman said Si Quey wasn't the one who attacked her daughter. 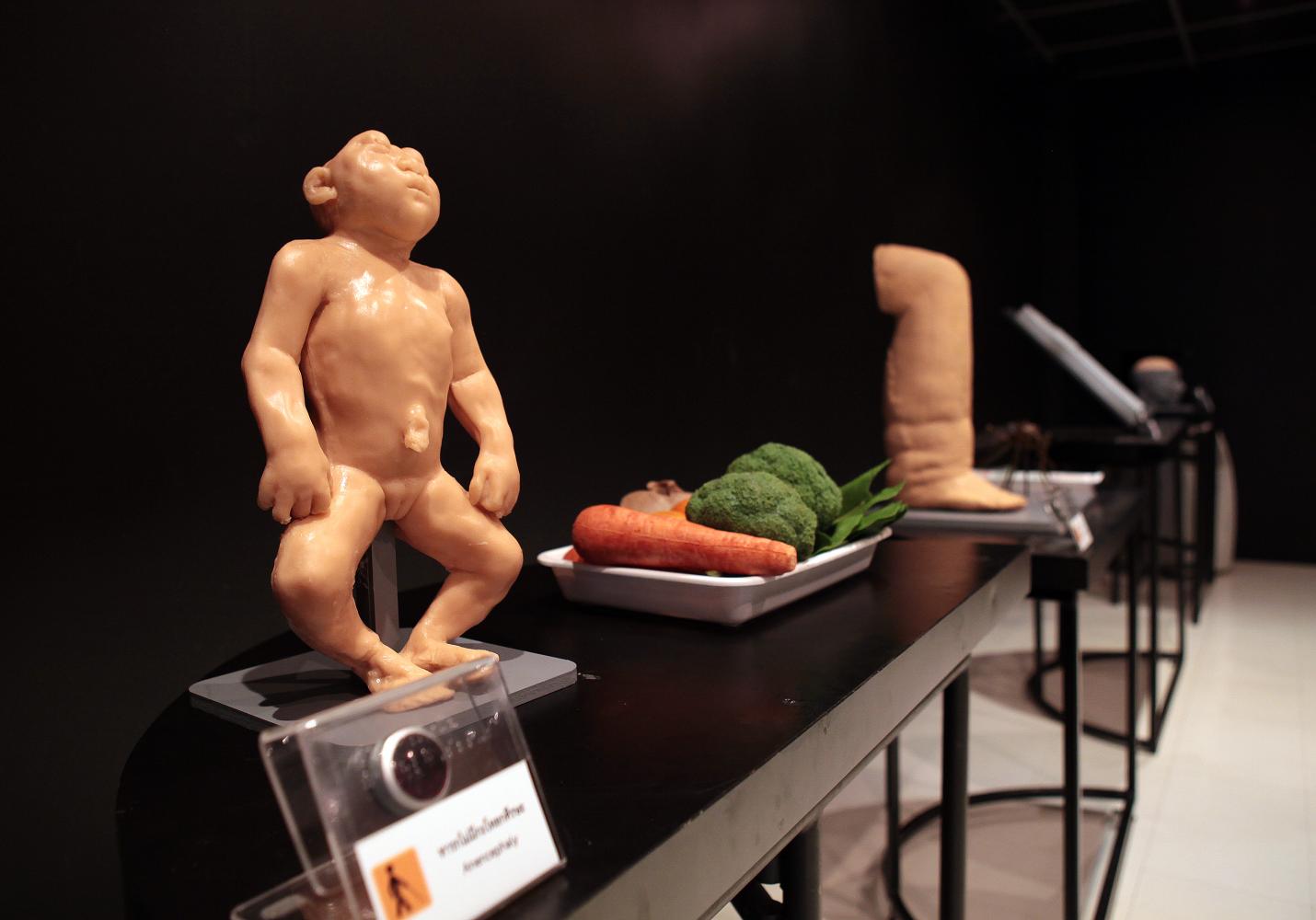 Exhibitions for the visually impaired visitors at Touch Museum.

Dr Prasit said the museum's objective is to be a learning source and the exhibition of Si Quey provides information about a trial process in the past without any intention to violate human rights. However, he said that Siriraj Museum hasn't made a decision about what to do with Si Quey's cadaver yet.

"We would like to listen to both sides. Supporters think it is great if we preserve the cadaver and add information boards to the exhibition. Others think we are impudent towards Si Quey. I would like to say we respect Si Quey as well as other cadavers. They are a source of learning and knowledge. We also make merit for them annually."

Inside the room where Si Quey's cadaver is displayed, there are other preserved cadavers including a rapist/murderer who was put to death, Nuan Chawee, a nurse murdered by her doctor husband in 1959, and other evidence, including a diary, a knife and clothes from a well-known murder case in the past. 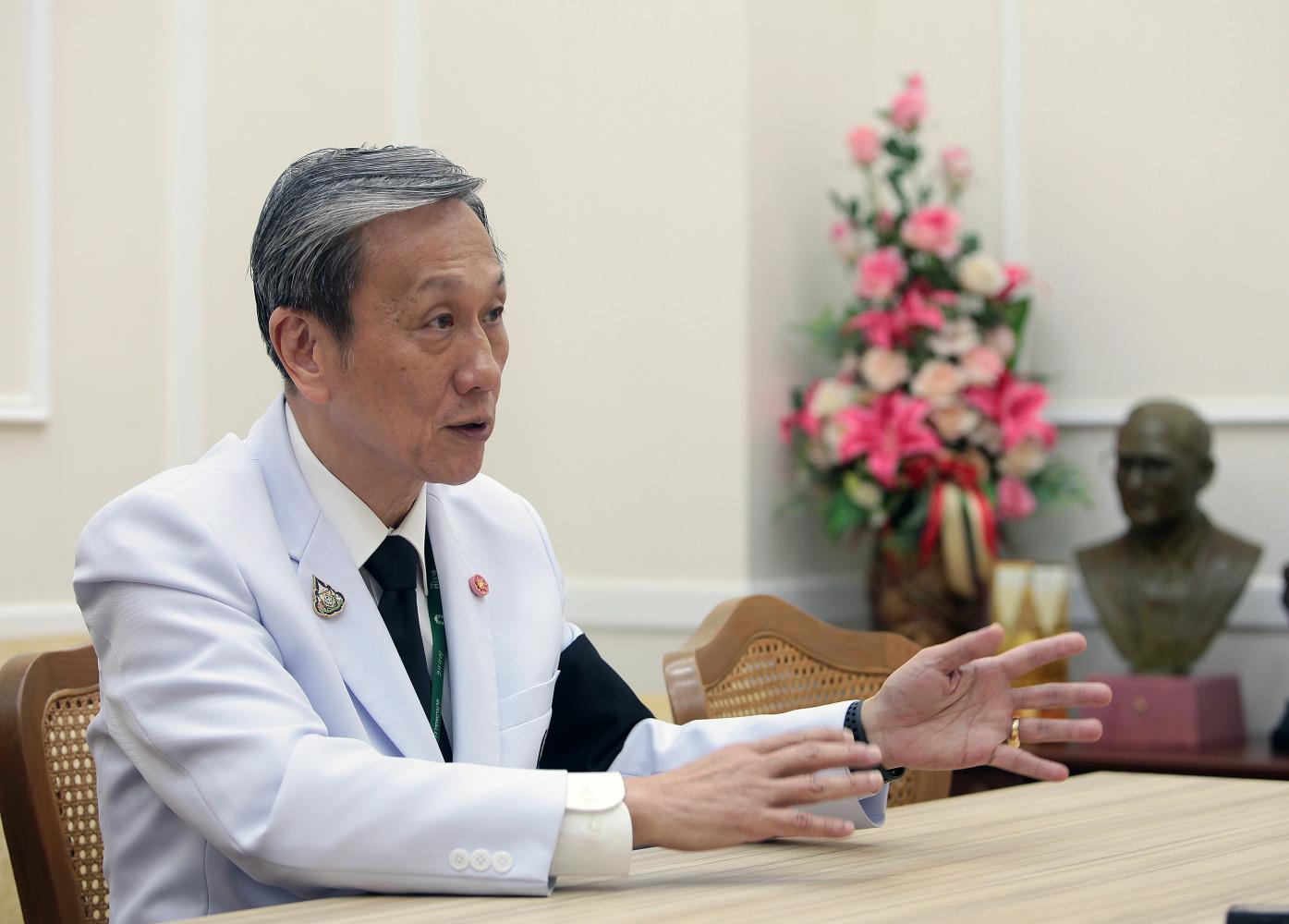 "Museums enable us to understand society in the past. A complete exhibition should include both text information and objects. I'm thinking that we should add information and not just only for Si Quey's case. At the Si Quey exhibition, there will be his testimonies, witnesses and verdicts from courts. Nuan Chawee remains largely unknown among young people. Although a knife and her clothes are on display, they don't know much about the case. We will gather information about when and what time the murder happened and how the doctor husband was caught.

"Another case is a rapist/murderer. In the past, there was no DNA test. The question was how authorities could be sure that a suspect was a rapist. There will be information on how a trial proceeded, so visitors can understand a trial process at that time. But we aren't going to touch if a verdict was right or wrong."

The Si Quey exhibit has been the highlight of the Songkran Niyomsan Forensic Medicine Museum for several decades. It could perhaps be said that Si Quey was the reason many people visited the museum, named after Thailand's father of forensic medicine Prof Songkran Niyomsan. Dr Prasit explained that the objective of the museum is to present the role of forensic medicine and how to use medical knowledge to analyse criminal cases. 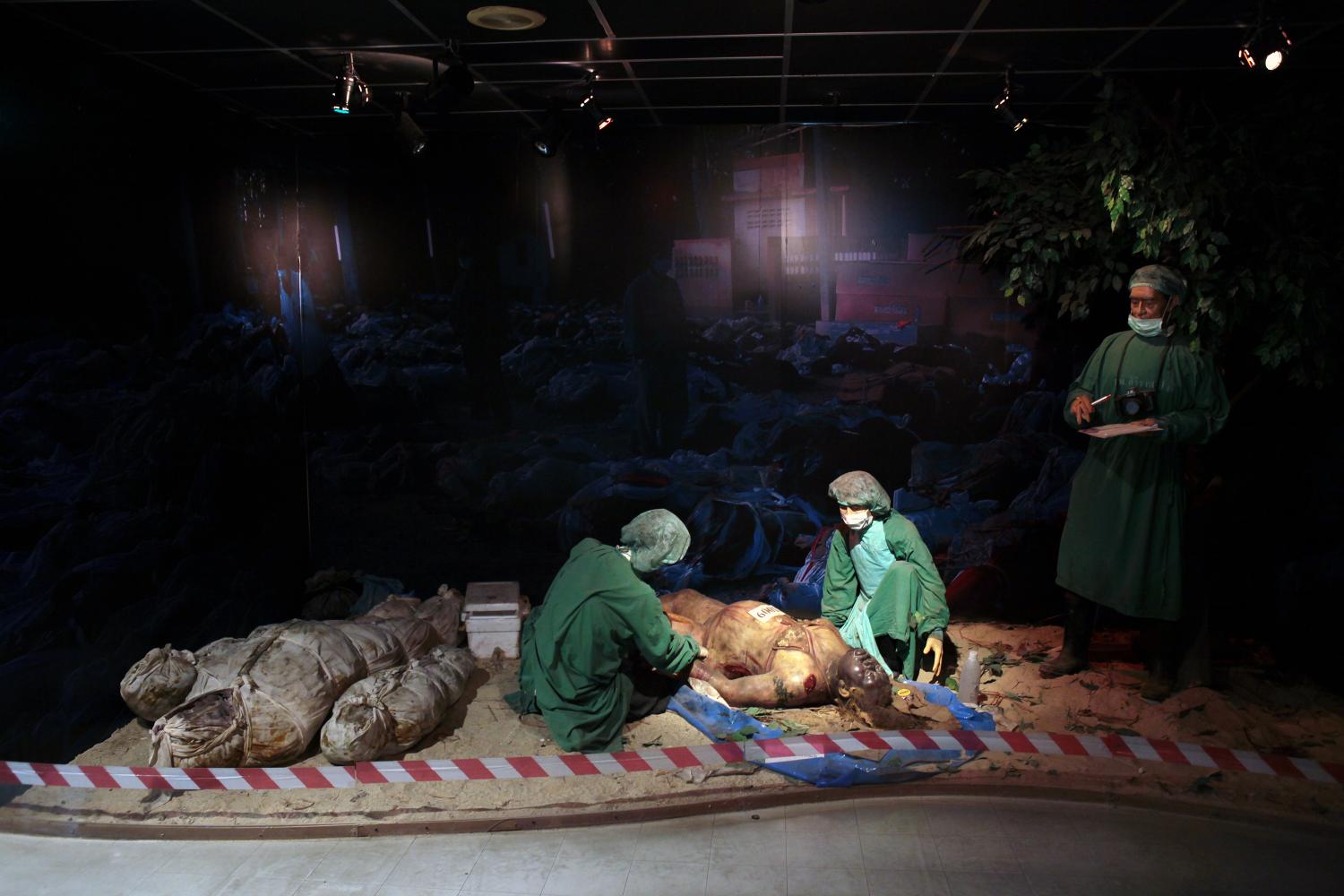 Showcases about identifying victims of the 2004 tsunami are another highlight of the museum.

Apart from the famous exhibition of Si Quey's preserved cadaver, a number of visitors express interest in the showcase of the body identification process from the 2004 tsunami disaster.

"After the tsunami in 2004, visitors were interested in how to identify bodies of the victims. It was difficult because some corpses were decomposing, but we were able to identify a lot of people accurately," Dr Prasit said

"If we can still maintain the public benefits from learning, we may use new technology to replace an exhibition. For example, some museums replace bodies with dummies, but many visitors don't like dummies. They prefer something real. We have to respect our visitors' interests."