An imperfect mirror of its former self
Life
Social & Lifestyle

An imperfect mirror of its former self

Black Mirror Season 5 is off to a comparatively lacklustre start

Netflix finally launched the fifth season of the long-awaited hit dystopian series Black Mirror. And while the newest season remains inventive and thought-provoking on the dark side of technology, it feels like the series creators are somewhat tired and running out of fresh ideas.

The release of Season 5 was delayed by last year's Black Mirror: Bandersnatch, the extended stand-alone episode that follows the doomed life of a young programmer intent on making a video game based on the fictional choose-your-own-adventure novel Bandersnatch. The special episode also presented interactive content, allowing the audience to make decisions on plot developments and even possible endings

Unfortunately, only one-and-a-half of the three new episodes live up to the old Black Mirror magic.

The season opener, Striking Vipers, is probably the strongest. It's about an evolving friendship and marriage. The married couple, Danny (Anthony Mackie) and Theo (Nicole Beharie), have settled into a tiresome predictability after 11 years together. Things change when Danny is visited by an old friend, Karl (Yahya Abdul-Mateen II), on his birthday. Danny is given a VR upgrade version of his old favourite fighting video games from his college days, called Striking Vipers (think Street Fighter or Mortal Kombat). The two men reunite and enter this virtual-reality game as their respective in-game avatars. But instead of fighting each other, they start having sex. What happens next has a negative impact on the already troubled marriage. It's very interesting to see an imagination take on the implications of full-body VR gaming. 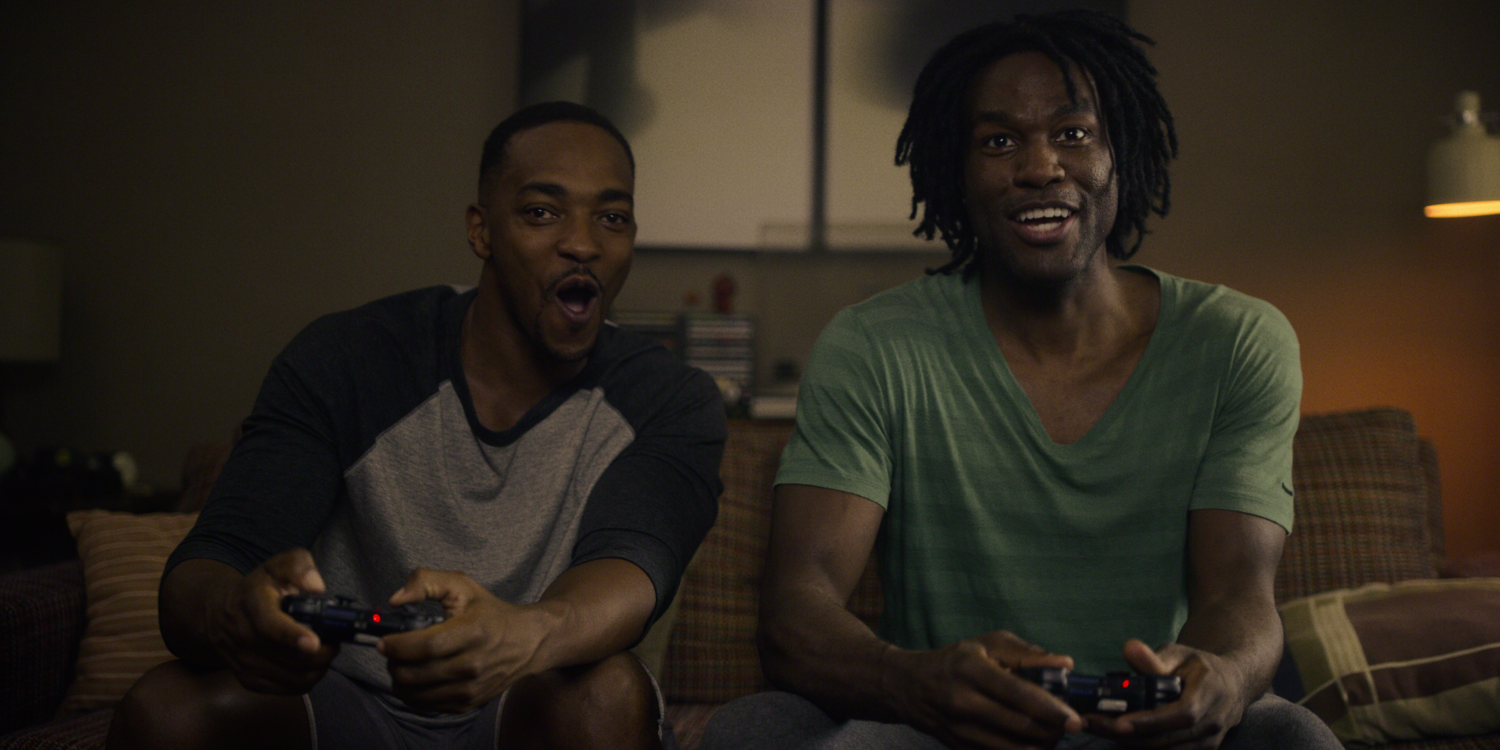 Smithereens is the most intense and edge-of-your-seat episode in the batch, as it centres on Chris (Andrew Scott), an Uber-like driver who kidnaps Jaden (Damson Idris), an employee from a well-known social-media company called Smithereen, and holds him hostage at gunpoint. Most of the tension throughout the episode is wisely kept in the confines of Chris' car, where his prisoner is just trying to escape or stay alive. But as police surround the car, Chris demands to speak to Smithereen CEO Billy Bauer (Topher Grace) on the phone. And as soon as Chris starts to reveal the reason behind his action, the tension goes downhill. The episode as a whole feels unfocused as to what its angle is meant to be. Is it because people are spending too much time on their smartphones? Or because social media can drive people crazy? The episode briefly touches on both, but it doesn't really have anything novel or meaningful to say about either.

The last episode, and perhaps the weakest of the three, is Rachel, Jack And Ashley Too. The episode stars Miley Cyrus as Ashley O, a fictionalised version of the beloved pop star. But somehow Ashley isn't as happy as she looks in her colourful music videos. She's depressed and wishing to take a darker direction with her music. Of course, her control-freak aunt and manager, Catherine (Susan Pourfar), won't have that.

Then there's a diehard fan of Ashley O, Rachel (Agourie Rice), and her goth older sister, Jack (Madison Davenport), who end up getting involved in the conflict between Ashley O and her evil aunt with the aid of an AI robot toy version of Ashley O that Rachel received for her birthday.

Instead of digging into the technology and its implications, the episode turns into a cartoonish teen movie and a surface-level meditation on the superficiality of the pop industry -- the kind of story we've all seen countless times.

The fifth season of Black Mirror isn't necessary bad -- each episode has a glimmer of something exciting -- but unfortunately that didn't quite go far enough. We're not left pondering the big questions about humans and AI, digital life after death, robot confidants, or anything great that we used to see from the show's earlier seasons.

Let's hope that this won't be the end of Black Mirror, and that the next season will be as smart and fresh as the earlier seasons.