Biting the hand, boxing bout brings out the passions

Director and talent scout Poj Anon is warning a young protege with whom he has fallen out over payments that he risks legal action unless he sticks to the facts, as their dispute picks up steam on social media.

Actor Kunatip "Nick" Pinpradab, whom Poj has moulded into a star over the past five or six years, casting him in a slew of comedy and horror movies, says he is now sick of working for the famed director. 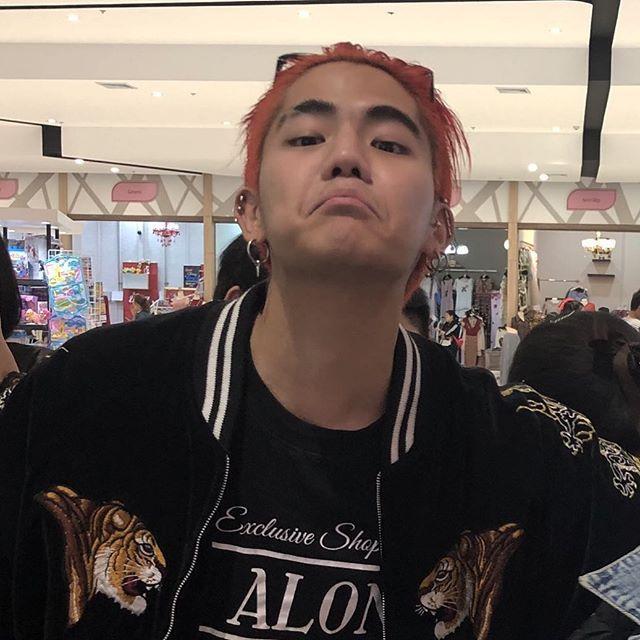 "I am sick of your behaviour and want my contract back," he declared bluntly last week, after Poj posted cryptically about people gossiping behind his back.

Poj followed that up with a post to fans asking who they favoured to take the lead in a remake of his 1995 movie, Bullet Teen, to succeed Winravee "Ta" Yaisamoe (Ta Boyscout) who appeared in the original. Poj said an actor with Korean-style looks was preferred, and proposed newcomer Suradet "Bass" Piniwat, of the boyband SBFIVE. Reports said Nick was once proposed for the role, but Poj had since changed his mind.

As their row unfolded, Poj appealed to the youngster to give him a break. The low-brow but popular director said he suspected his plans to remake Bullet Teen had set off the dispute. He said he was working on two other films this year and hadn't offered these to Nick either, as he said investors want a new face. 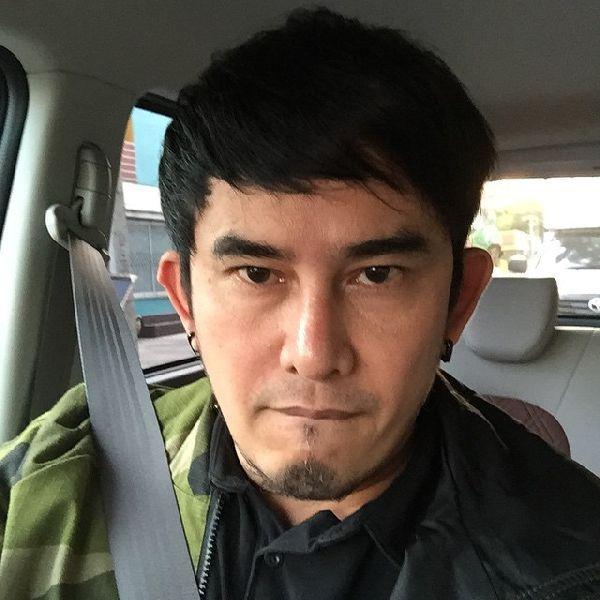 "Why not let someone else have a go? How can you be the only one I cast? This year I have two movies, when I don't let you star in them you get angry. I feed work to you constantly to the point when many ask if I have just the one lead actor. People say I am good to all 100 actors in my stable. I have never had anyone abuse me in public. It's just my luck to have a kid I have helped and for whom I held high hopes criticise me ... I am really disappointed," he said.

"I have warned you before against promoting yourself by attacking me. Don't forget you now have a house and car because of me," he added, brandishing an image on his social media account of a cheque made out to Nick for 500,000 baht. Poj is well known for having moulded virtual no-names into stars, among them Andrew Gregson, Patiparn "Mos" Pataweekarn and Rattapoom "Film" Tokongsup.

Nick replied bluntly that Poj was resorting to another character trait he didn't like: fabricating stories.

"He's not speaking the truth, it's as simple as that. I have no good feelings left. Stop drumming up fake stories trying to damage me," he declared.

Nick said he had spent the past three to four months chasing up outstanding payments for promotional work he did for Poj's comedy Songkran Saeb Sathan Lorkan as he needed the money for tuition fees. Contrary to Poj's assertions, he had never asked to star in his movies, or felt put out when overlooked.

"The problem started when I went back to study at Rangsit University. I am throwing everything at it and cannot afford to miss this term. The problem is, when P'Poj goes overseas to promote his movies, I have to go too. When he asked me to go most recently I said no, he said okay, and blocked me on social media," Nick said.

The young actor said he also suspects his relationship with actress Nida "Tangmo" Patcharaveerapong helped spur his messy falling out with Poj.

Reports said Poj was unhappy when the two, whom he cast in the movie Pad 888 Rang Taloo Narok, started to draw close as their relationship was bound to interfere with work. After the two started seeing each other, Poj started cutting back on Nick's roles in his movies.

However, Nick said claims that he skipped work on a trip to South Korea with Tangmo were untrue, as shooting on their movie had already finished.

"I always tell him where I am going anyway," he said.

"This happened some months ago now but I posted about it because P'Poj still owes me money for the movie. He claims I asked to act in two movies and when he refused I flared up. It's not true. He asked me to appear in those films, and I turned him down.

"I haven't been happy working for him for some time. I have starred in too many and start to feel embarrassed when people say, oh this guy again ... I want to try something new like making programmes for my YouTube channel," he added.

As the dispute entered a third day late last week, Nick said he was now willing to give up the 100,000 baht payment for promotional work and fees for shooting four or five scenes of his latest movie if Poj would let him go.

Poj, meanwhile, threatened legal action if Nick persisted with claims he had defrauded him of payments. The drama continues.

Two young men who got carried away in the heat of a live televised boxing match have apologised for exceeding the bounds of public decorum. Coach of the "black" team for which Jaokhun fought, former muay Thai boxer Antoine Siangboxing, or Antoine Pinto of France, the youngest foreigner to have fought at Lumpinee Stadium at the age of 14, also apologised for over-excited comments in which he challenged the audience to a fight. "I haven't fought for three years but I am willing to take anyone on ... three against one, with me fighting left-handed," he exclaimed excitedly.

Both were attacked on social media for forgetting themselves and later offered an apology for their poor public form. The competition, which matched celebrities in a three-round muay Thai boxing bout with a 1 million baht sponsored prize, ended with Bank knocking out Jaokhun in the second round following a spirited punching volley which made short work of his younger rival.

In the after-match wash-up before a studio crowd as prizes were awarded and contestants thanked their fans, Jaokhun drew attention by grabbing the microphone from compere Kan Kantathavorn, and later giving the middle finger to his own fan club, apparently in mocking self-disgust for having lost.

Upset netizens gave him a drubbing on social media, saying Jaokhun should learn to show grace in defeat. Some also criticised his father, singer Jetrin "J" Wattanasin, who helped looked after the celebrity fighters and who was present on stage alongside his son, for failing to raise the boy better.

Among those who spoke out as the Jaokhun drama unfolded were child psychiatrists, who said such lapses are to be expected as young people's brains are still developing at that age; Jaokhun's actess mother Kejmanee, who said he won over her heart just by agreeing to take on the boxing challenge; compere Kan, who agreed the microphone antics were a bit much but said no harm was done; Jaokhun himself, who said he would learn from his mistakes; and his Dad J, who said his son was a susceptible type who owing to his age and sensitive nature was swept away by the moment.

"When he seized the microphone, I charged over immediately to pull him into line," he said. Cameras showed father and son locked in a tight huddle. "He was getting carried away and wanted to thank his supporters. He forgot he would have to ask permission first and later, realising what he had done, apologised to Gun," he said. "As for giving the finger, he and his mates give each other the finger as a way of communicating. Still it wasn't right to do it in public."

As for the other over-exuberant participant on the night, Antoine's admission that he was feeling a rush of bravery in wake of the bout earned his a hostile rebuke from businessman Sanchai "Peck" Engtrakul, husband of actress and TV host "Tanya" Engtrakul, who said he was too smart with his mouth and declared he wanted to "shoot" him.

"You want to fight? But I want to shoot you. Walk up to me, you animal ... you have a big mouth. You're a farang, you presume to speak Thai ... if you want to speak Thai, learn how to do with respect," Peck grumbled, adding a few colourful phrases for good measure.

Peck and Antoine were later able to patch up their differences when Peck's wife, as host of the Kui Saeb TV show on ONE31 TV, invited the ex-boxer on her show. 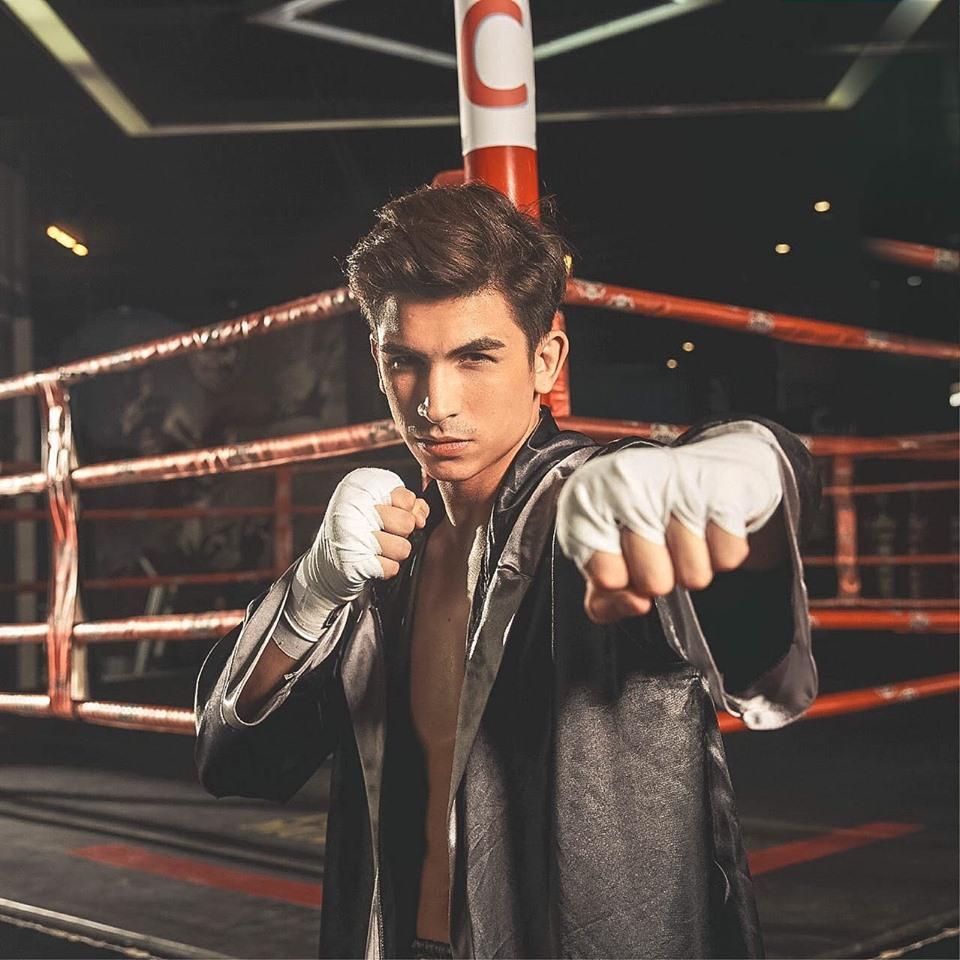 Antoine said he was joking about throwing down the 3-to-1 challenge but when no one played along kept talking until he got himself in trouble.

"When the show was over I thought I had gone over the top and said sorry," he said.

"I saw Peck's comments but can't blame anyone else as my own words prompted them," he said. He apologised to Peck over an open phone line. Peck said he had no hard feelings, and invited him for a meal some time when he was free.

Host Thanya, meanwhile, admitted she was shocked to see her husband's colourful response on social media. "I thought I was seeing things at first, and asked him to delete it," she said. She had spoken to Antoine and told him not to take her husband's outburst to heart.

"Whenever Peck sees something he doesn't like, he flips and reacts without thinking, but at heart he is a good person," she said.