A tale of two cities

There is no room for nostalgia in modern Thailand. At least, that's what the prevailing attitude in the capital appears to have been in recent decades, as its rapid development has continued apace. Grand old buildings, temples, villages and other heritage structures have been knocked down to make way for roads, urban rail, high-rises, condominiums and glitzy shopping malls.

This has spread far beyond the capital, with towns and cities up and down the country embracing the trappings of modernity. Dazzled by all these new projects, many have forgotten how to appreciate the beauty of traditional forms of architecture.

In an attempt to recapture the magic of old Bangkok and to raise awareness of the rich heritage of its old buildings and structures, British photographer and writer Ben Davies is releasing a book titled Vanishing Bangkok: The Changing Face Of The City.

Vanishing Bangkok is a collection of black and white photographs shot over the past five years in a large format Linhof film camera. The book's publication will be followed by a photo exhibition, scheduled to take place at River City Bangkok Gallery during March and April of next year.

"It's a fairly natural progression on what I've done before, which was looking at the old, changing traditions and ways of life. And it was really brought on by the speed at which Bangkok is changing," said Davies, who has lived in Thailand for almost 20 years.

"We're just seeing this incredible transformation with shopping malls and condominiums. [But] rather than photograph that side, I went out and strolled the city looking for the old bits of Bangkok, the 236-year-old building in the city that people think has no history. I wanted to document what was left of this old side of the city."

A graduate of Edinburgh University, Davies has produced a number of acclaimed photographic books on vanishing cultures in Asia, including The Ancient Capitals Of Thailand; Living With Spirits: A Journey Into The Heart Of Thailand; Laos: A Journey Beyond The Mekong; and Black Market: Inside The Endangered Species Trade In Asia. His work has appeared in National Geographic, The Daily Telegraph, Vogue and Time. 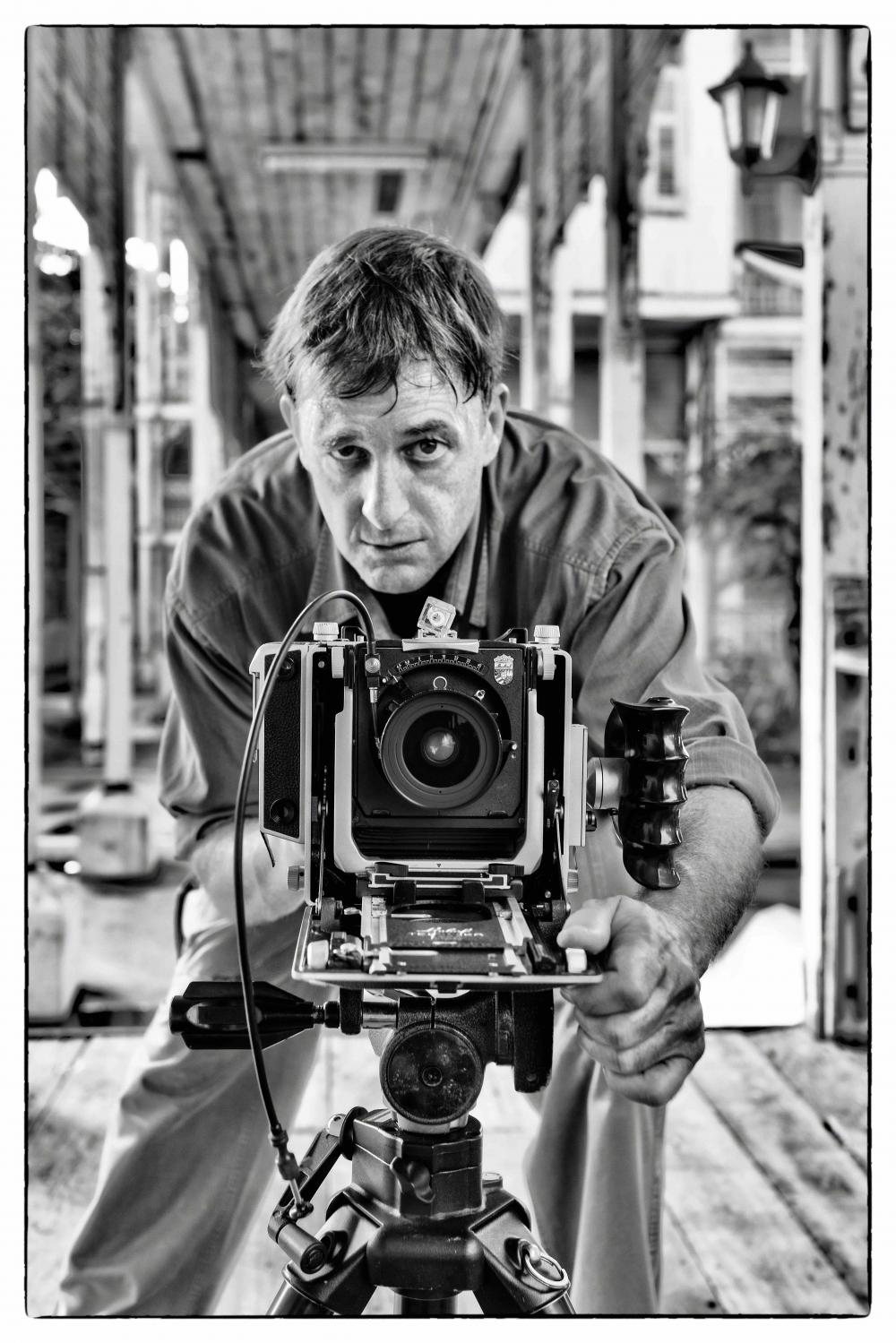 Vanishing Bangkok reveals the classic beauty and rich history of the city. From the photographs of old buildings along the banks of the Chao Phraya River to the teeming alleyways of Chinatown, narrow side streets of Talat Noi, sleepy canals and dilapidated buildings shrouded in antiquity, the book reveals the hidden charm, extraordinary history and diversity of this great city.

Inspired by the stunning old architecture in cities like Hanoi, Yangon or Luang Prabang, Davies was driven to see what he could find in Bangkok. He explored the city on foot and by motorbike looking for curiosities in every corner. What he discovered is that, thankfully, there is still an extraordinary amount of the old city left, although much of it is hidden away in small pockets rather than in big areas. Davies believes it is well worth preserving.

"I come from Europe, where we are taught to respect our [architectural] heritage," he explained. "Here... there's huge respect for palaces and temples, but old shophouses, which I think are rather special, are sort of looked down on. People want something new.

"So that's something that I wanted to try and bring out. The [aim of the] book is to open people's eyes to something that is already here. They may walk past and think, 'Oh, it's just an old building', rather than, actually, this is very unique, very special, something that we should be celebrating rather than knocking down to build another department store."

Bangkok continues to change rapidly. A decade from now, much of the city will be virtually unrecognisable. Many of the old buildings and neighbourhoods featured in the book may, sadly, be consigned to history. Indeed, Davies said that maybe 10 to 15% of the sites he documented have already gone. 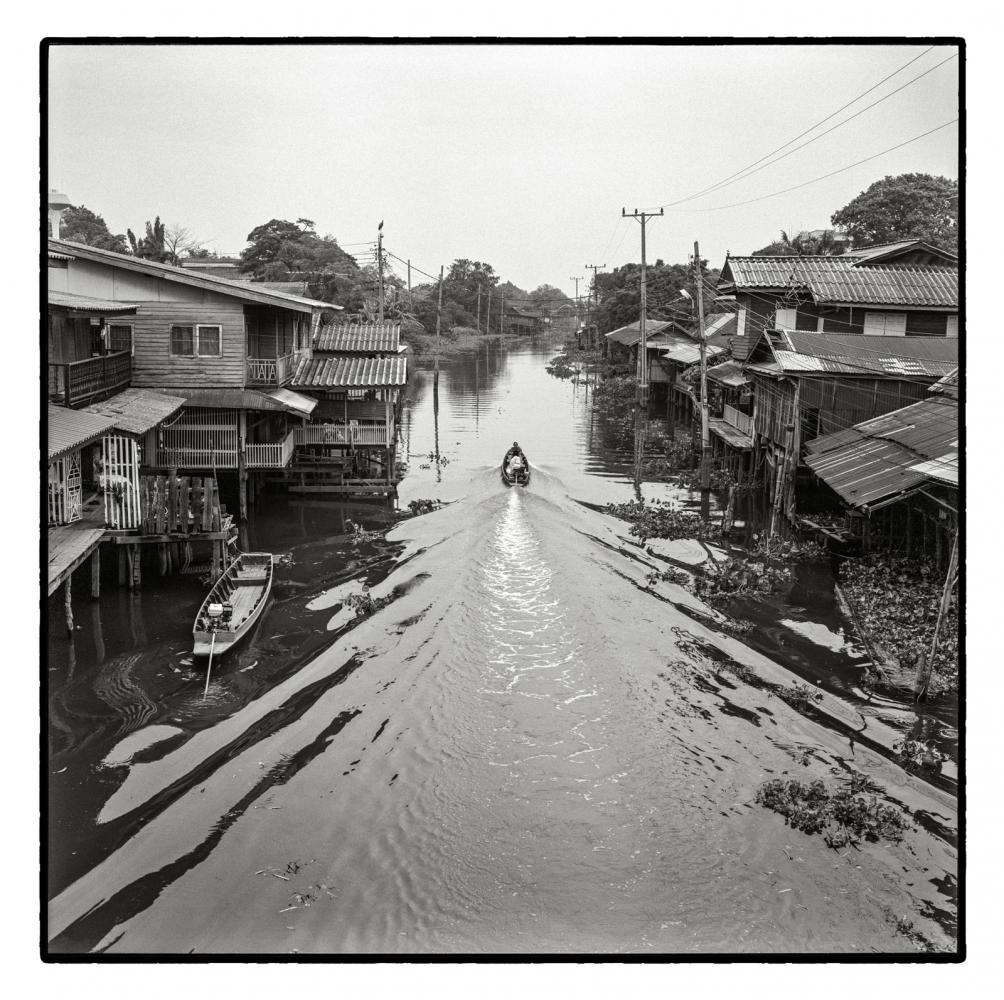 The Old Customs House, located along the Chao Phraya River between the Mandarin Oriental Hotel and the Royal Orchid Sheraton Hotel, will soon share the same fate. Built in the 1880s, it's one of the city's oldest properties.

"When I took [the photograph], the fire brigade was still living there. Now they've moved out. The building looks very rundown. I think it was announced that they're going to turn it into a boutique hotel," he said.

Another image shows a building on the corner of Charoen Krung and Surawong built around 1900 when that was the commercial heart of the city. According to Davies, it is also going to be replaced by some sort of high-rise.

"Whatever you do to a building like that, it will fundamentally change. There is something very evocative about it, which, however well you renovate, you're going to lose." 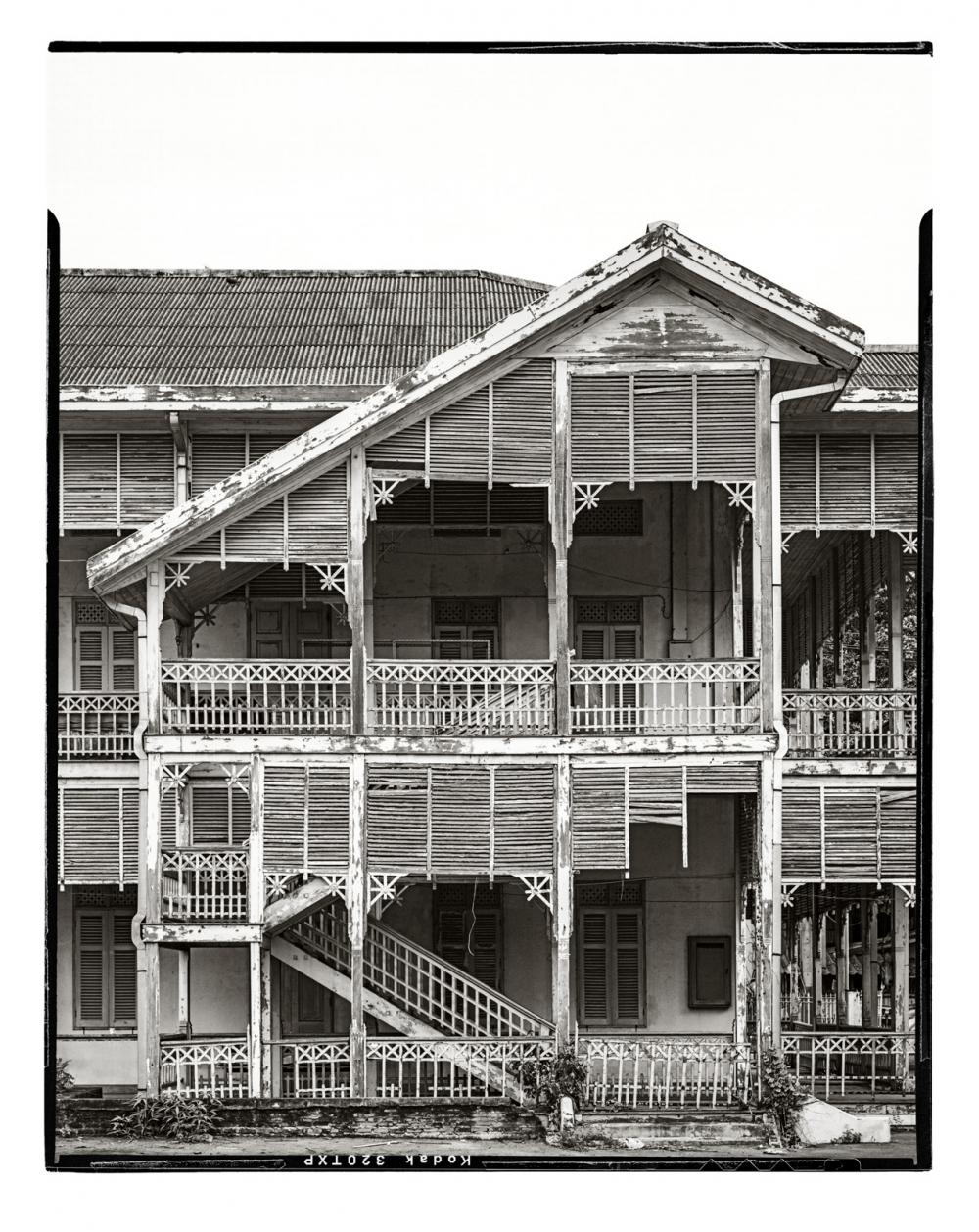 Davies believes that such architecture tells stories about the local history and the community. The buildings have a strong link to the people themselves, helping to give them their identity.

"If you look at Talat Noi, it's one of the oldest districts in the city. A mixture of Chinese and Vietnamese, it has this different architecture. Whereas if you look at the picture of the Customs House, you can see a much more European influence. And actually, it was built during King Chulalongkorn's era, but with a European architect," he said.

"So, again, it gives different stories. My feeling is that, actually, this architecture... makes Bangkok different to Kuala Lumpur or Manila or anywhere else. If you remove all that, as Singapore almost did at one stage, then there's nothing to differentiate these cities."

Cities like Hanoi and Yangon have managed to preserve a lot of old, traditional and/or colonial architecture. And it's something that not only tourists value, but increasingly locals too.

"It's not just about what tourists want," Davies pointed out. "I think it's something that, longer term, Thais will resent, if it [all] goes... That's what happened in Singapore. They knocked a lot of it down, and now they're busy trying to rebuild." 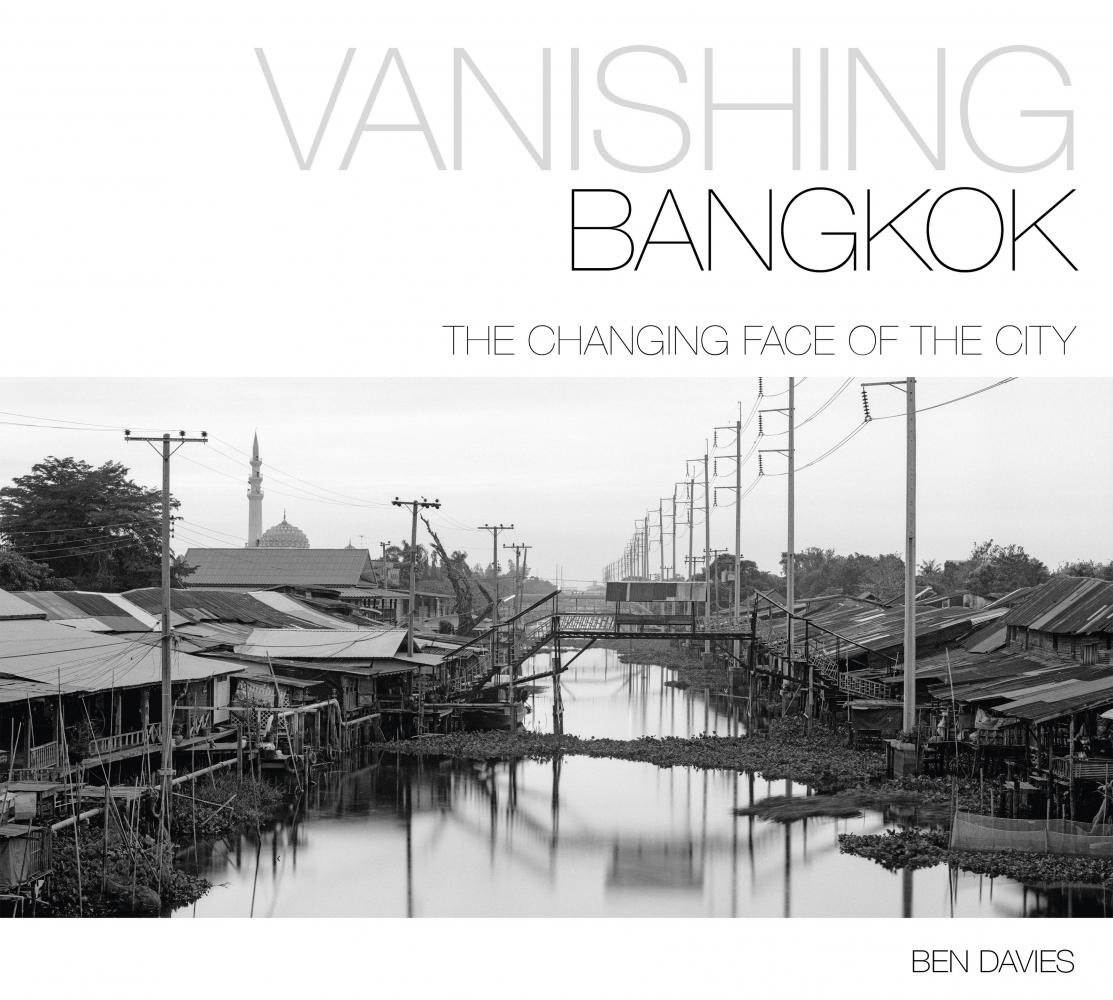 Part of the proceeds from the sales of Vanishing Bangkok: The Changing Face Of The City will be donated to the Foundation for Slum Child Care under the Patronage of HRH Princess Galyani Vadhana, which was established in 1981 to provide care and education for underprivileged children and infants in Klong Toey. The Foundation supports nearly 2,000 children daily, promoting their physical and mental health development. With the help of community volunteers, it also plays an important role in keeping a close eye over the safety of the children, who may be abused by their family members or peers. For more information, visit fscc.or.th. 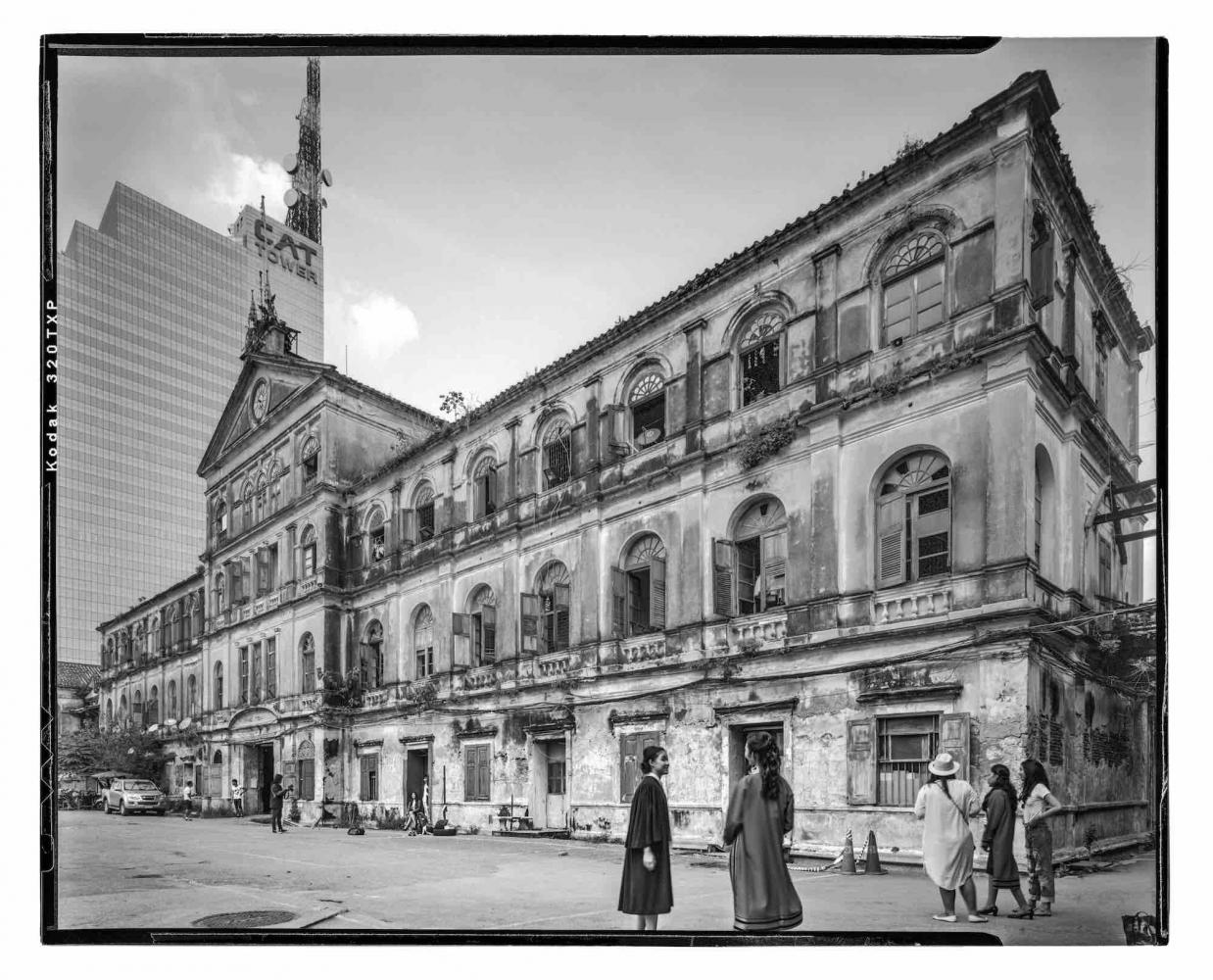 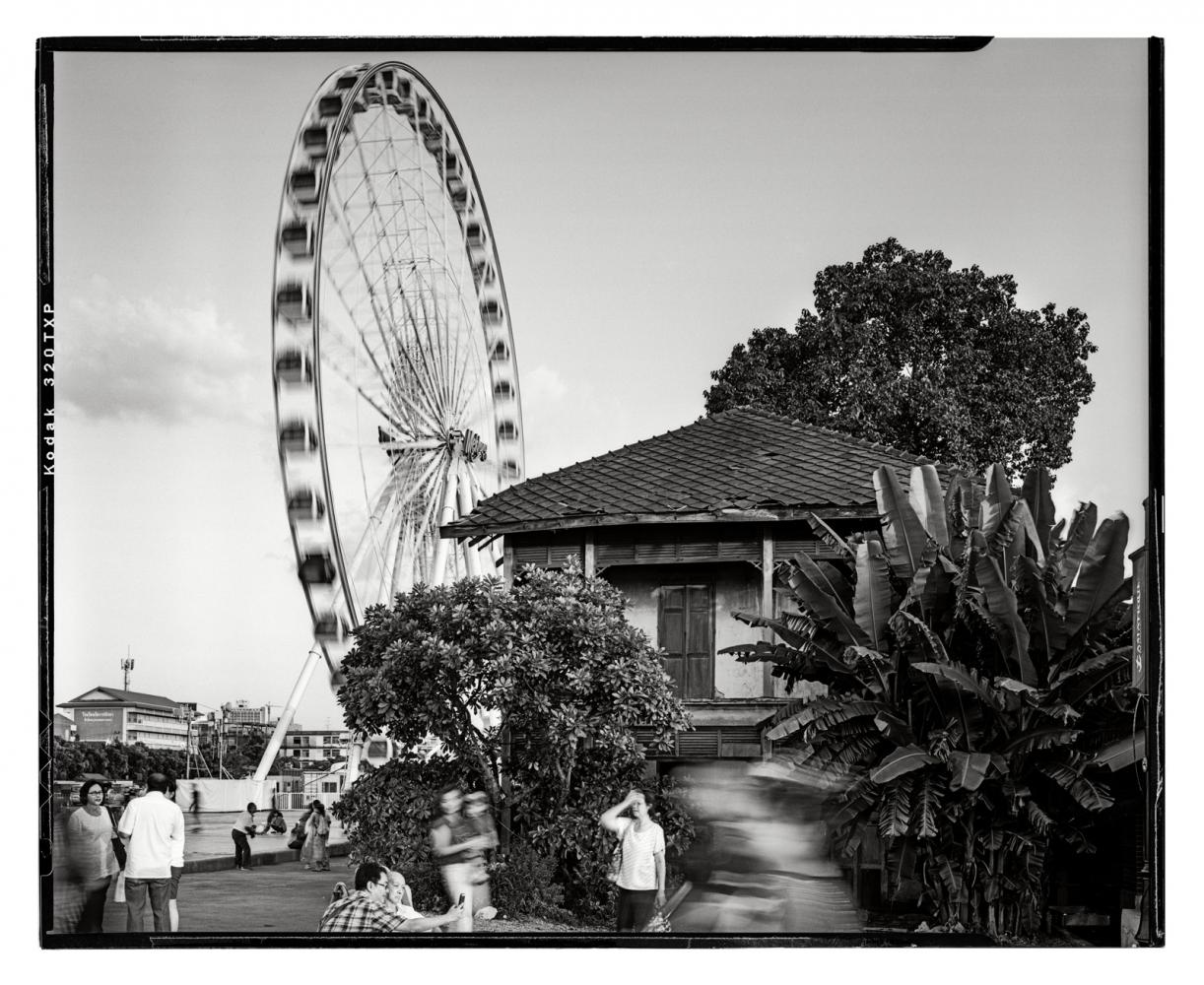 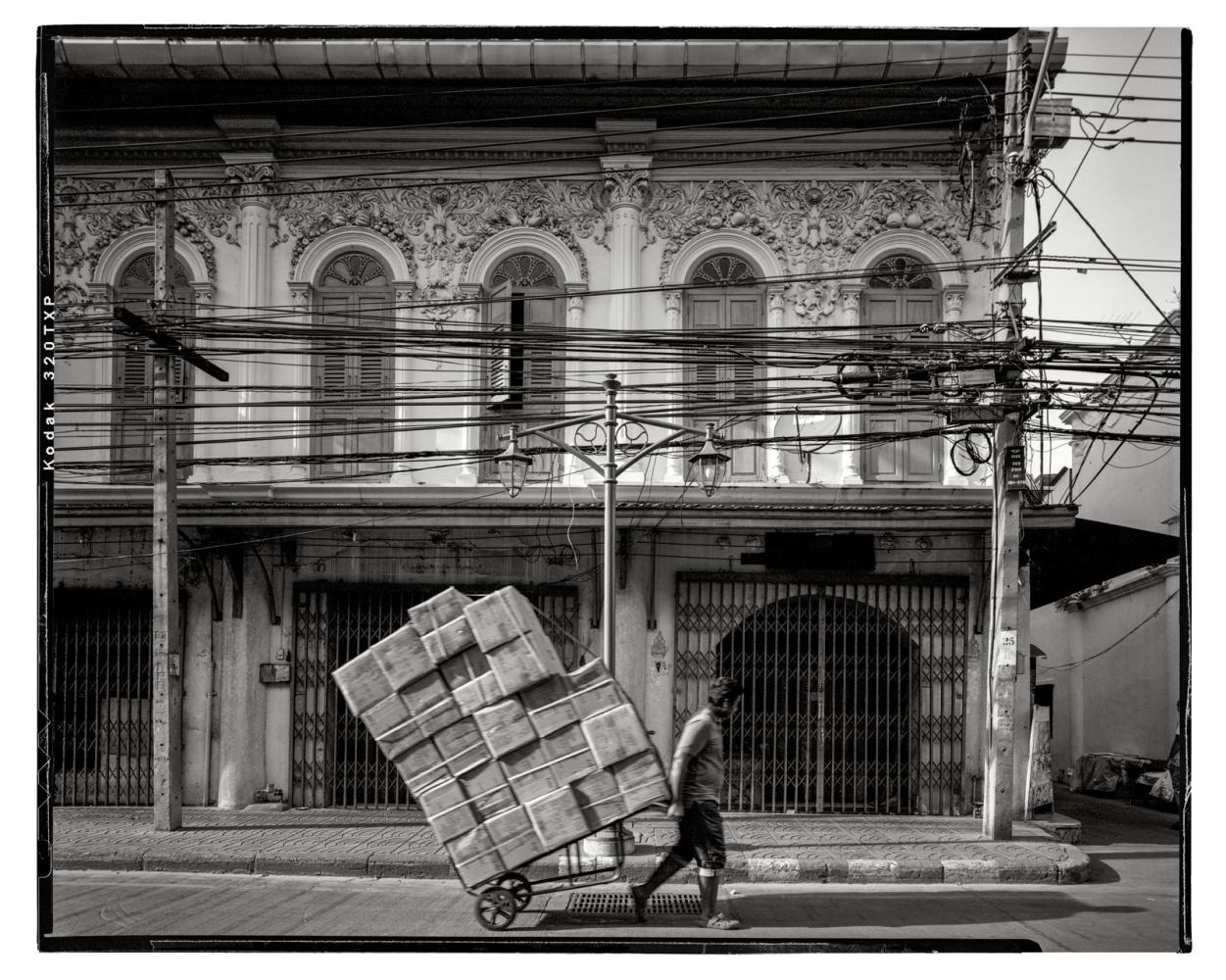 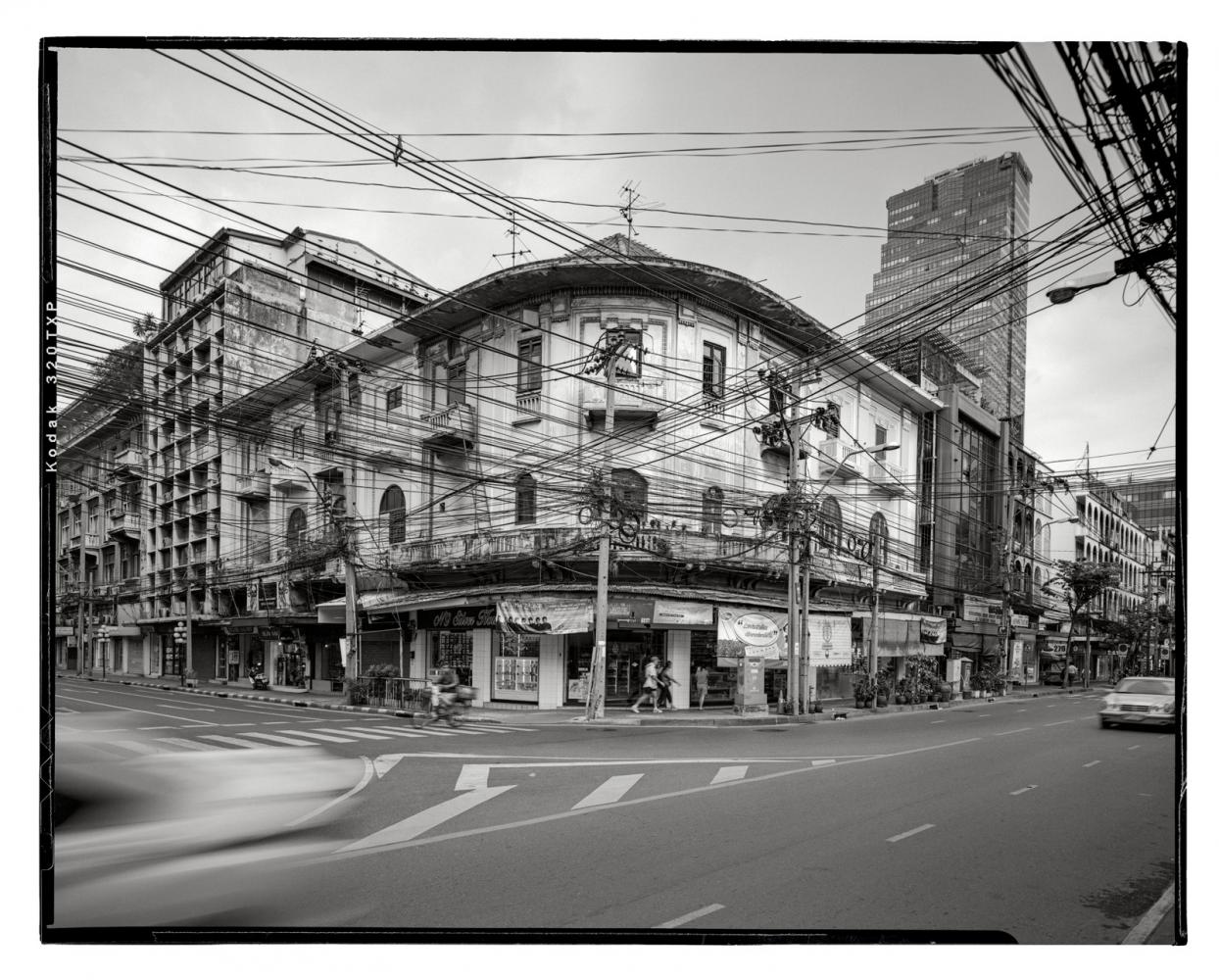