Beam me up!
Life
Social & Lifestyle

Interest in extraterrestrial things (and beings) make a comeback to the Thai collective consciousness, thanks to asteroid 2006 QQ23 flying by and a viral video in which a local man, who claims to be a medium of Pluto God, warns humanity of 2020 doomsday in an alien tongue. This got us thinking about the local interest in UFOs and aliens, and how Thailand is linked to alien stories in a way that you may not be aware of. We aren't saying we believe in Pluto God or trying to convince you one way or another but there are many pieces of evidence (of varying degrees of credibility) of alleged alien visits to the Land Of Smiles and they are too fascinating not to share. 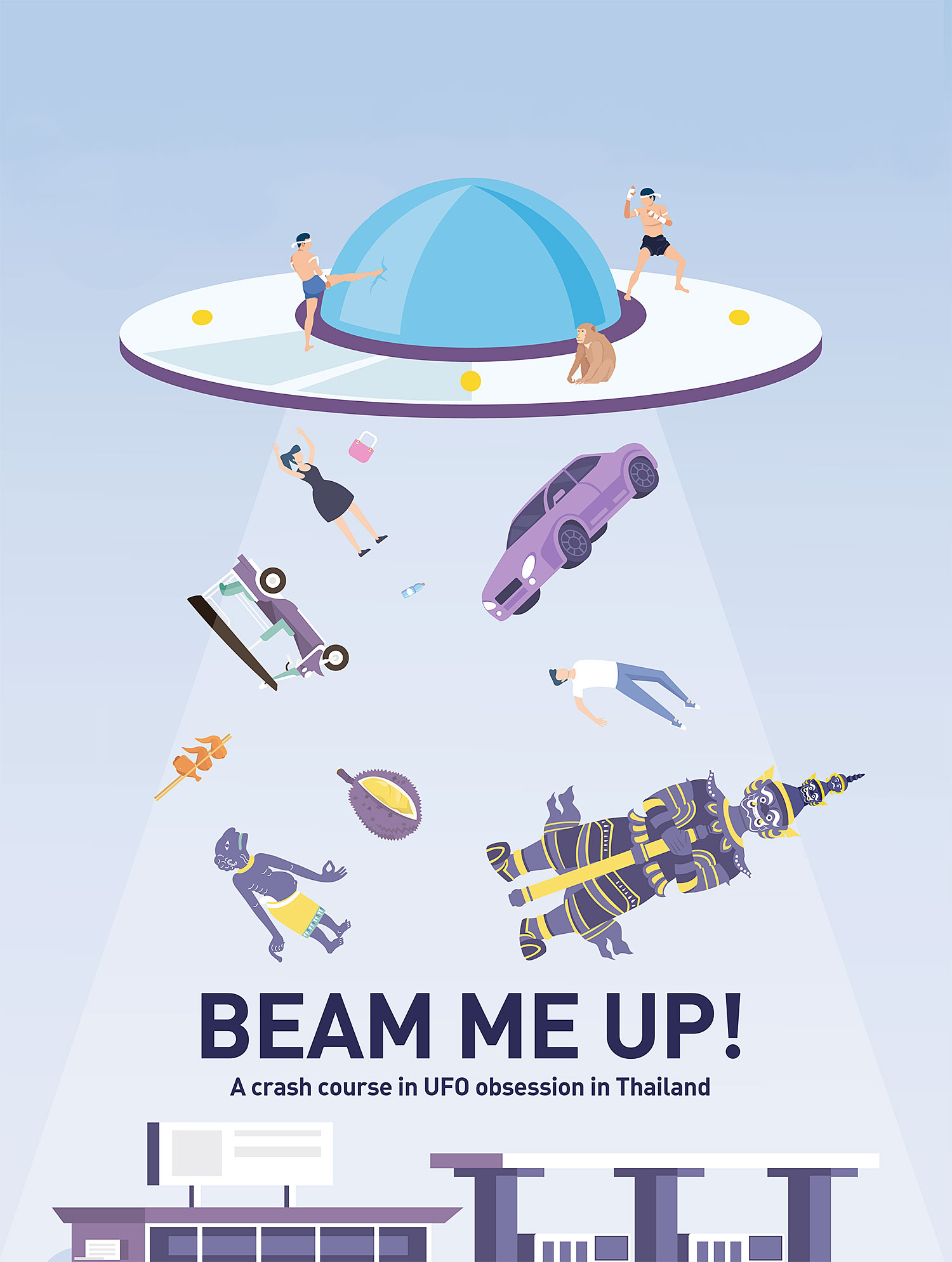 They come in pieces (of evidence)

On top of countless pictures and videos showing alleged alien visits in Thailand, there are stories and "evidence" to show that they are not a modern-day visitors. 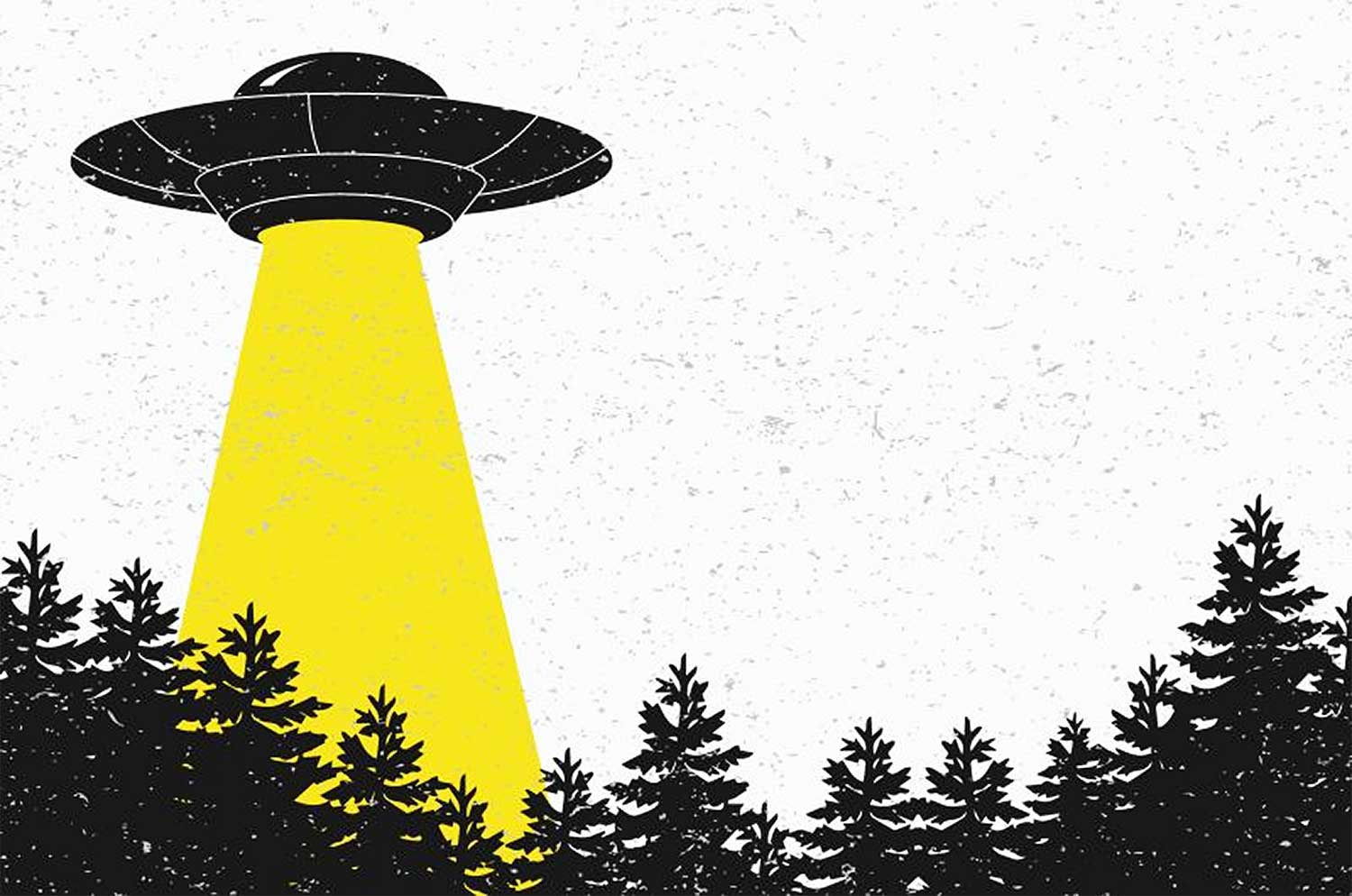 Had he used a Huawei P30 Pro, we would have the definite answer by now.

Many of Dr Debhanom Muangman's claims are out of this world, too. The former university professor and Harvard alumni claimed his first UFO sighting took place when he was camping with friends in Vermont, US. It sparked his lifelong interest in extraterrestrials and, upon a suggestion from Dr Art-ong Jumsai, he started mediation in an effort to communicate with them. Later on, he claimed to be able to communicate with them -- Eddie of Pluto and Parasital of Mars, just to name two, -- and has collected photos of UFO sightings. His interest covers a wide range of paranormal phenomena, including ghosts, spirits, psychic experiences and reincarnation. He hasn't been seen in the public eye much in recent years due to an illness, according to Thai Rath published on August 19. 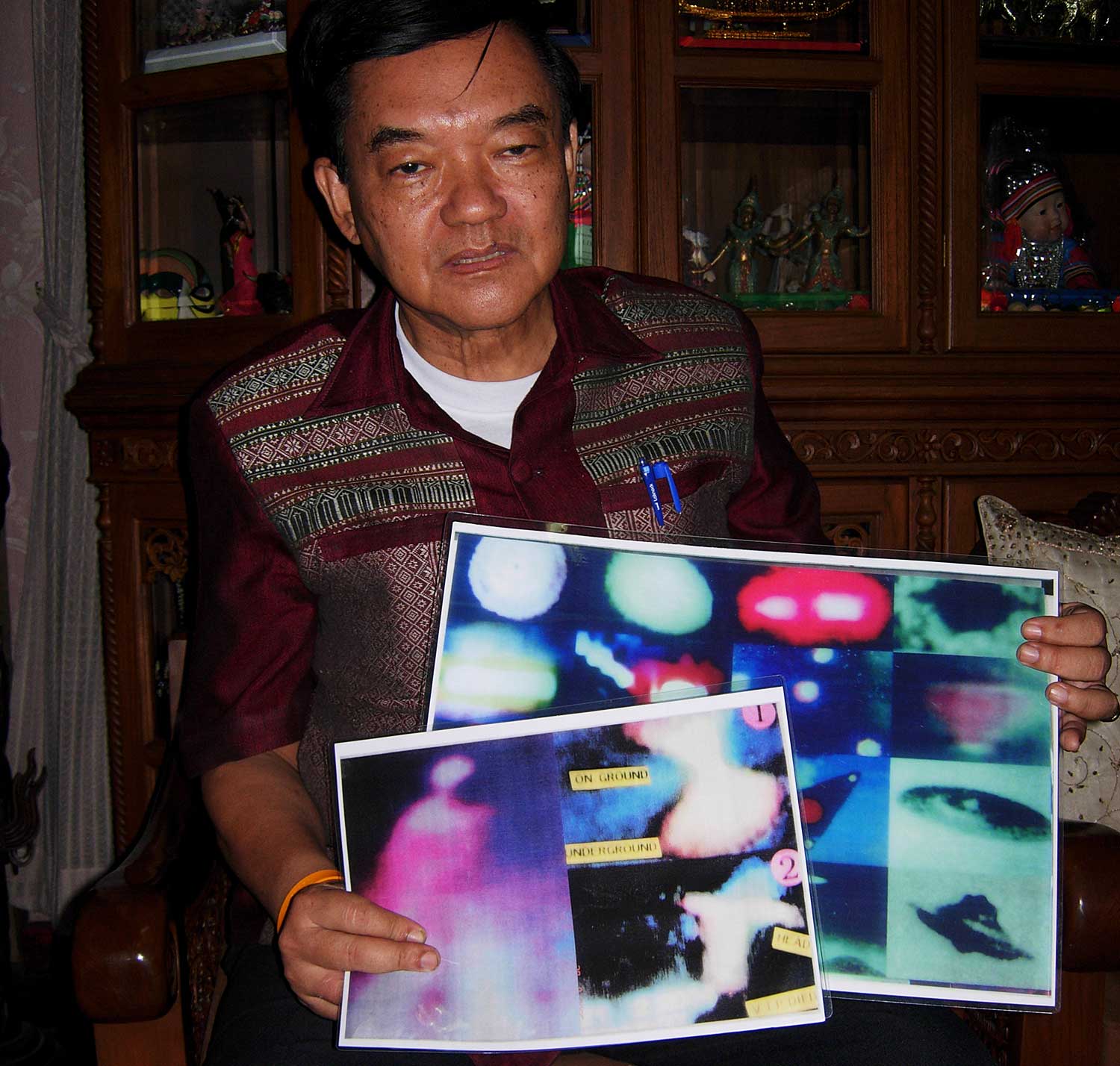 Khao Kala in Nakhon Sawan is definitely Thailand's hotspot for all alleged UFO sightings. But have you wondered how it came to be?

The Khao Gala Group was founded in 1997 by Segt Maj Cherd Chuensamnaun, a retired soldier, who claimed to be able to contact extraterrestrials via mediation. The group first met Dr Debhanom at the 2nd Thailand Association for Psychological Research Fair at Ramkhamhaeng University in December 1997 and presented him with a recorded alien voice. Through supposed telepathy, Cherd claimed aliens told him where they would make an appearance in the sky. This led to sighting events in several provinces where many people gathered to see UFOs that year. They established a Buddhist centre in Khao Kala in 1998 where they claimed to have witnessed many UFOs while believers practice mediation in order to be able to communicate with aliens. Cherd passed away in 2000.

The truth is still out there. 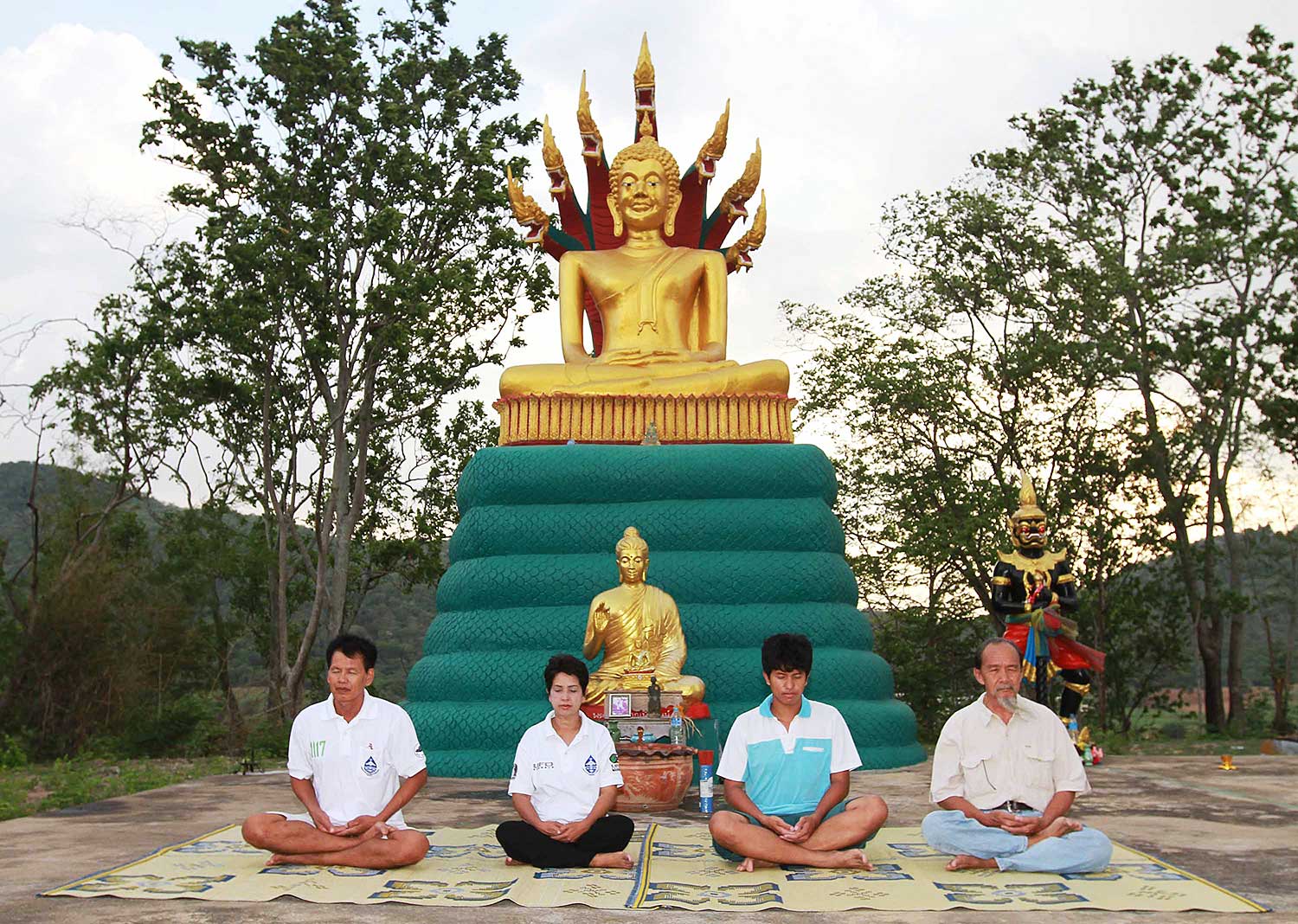 To my best knowledge, there are only three movies in Thai film history that deal with the subject matter of aliens. Let's explore them.

Raëlism and the Thai prime minister

Founded in 1974 by Claude Vorilhon, the UFO religion had a presence in Thailand, too. The teachings are that life on Earth was created by a species of humanoid extraterrestrials called "Elohim" (basically Ridley Scott's Prometheus plot). Since Dec 14, 2004, they announced former PM Thaksin Shinawatra an honorary priest of the International Raelian Movement for his action in countering violence in a creative and peaceful way. You see, Thaksin had planes drop thousands of "peace bombs", aka origami birds, to represent love and peace in the southernmost provinces of Thailand. In the same announcement, they claimed to have dozens of members in Thailand out of 30,000 in Asia. 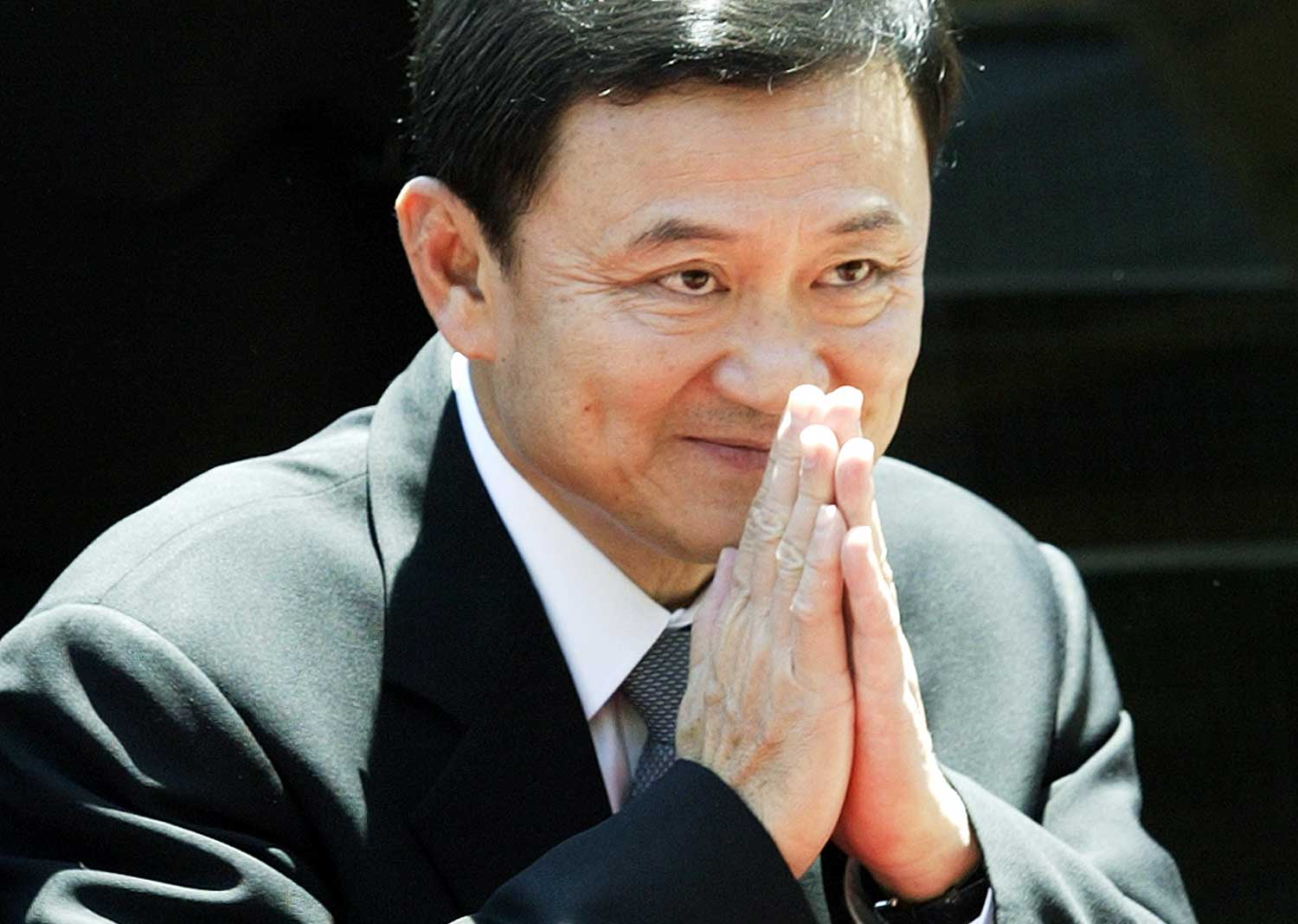