Rocker Sek Loso's ex-wife has finally managed to evict his live-in partner, former model Apisaya "Eve" Pattanaworasap, from the family home, after an earlier effort ended in failure when Sek called the police.

Wiphakorn "Kan" Sukpimai, accompanied by her newfound ally, Sek's second wife, actress Paphada "Sandwich'' Chotikawanitch, stormed Sek's family home in Sai Mai last week while Eve was there alone, Sek fortuitously having decided to sleep the night at Kan's place after a concert the night before.

They managed to evict Eve with a minimum of fuss, who was still asleep at the time of the 6am raid.

However, the episode is straining relations in Sek's family. The rocker, who has bipolar disorder, is stressed over the incident, says his young adult son Sua, who has taken on the role as his father's manager as the ailing rocker bids to relaunch his sagging career.

Sua, the oldest of the couple's three children, recently graduated overseas and has come home to reunite his fractured family. Kan insists she tried to regain possession of Sek's home for the sake of Sua, the rightful owner, after previous efforts to have Eve leave quietly were unsuccessful.

Sek signed over ownership of the house to Sua as part of his divorce from Kan four years ago, though has continued to live there with Eve for the past couple of years, despite Kan's objections.

"I will not stand in the way of love. I have no problem if they want to live together and start a family, but not in my son's home," Kan said last week, referring to Sek and Eve.

While Sek has said nothing publicly about Eve's ejection from his home, the episode clearly left him stunned, with the rocker leaving a bewildered message on social media in the hours following, asking fans what had happened.

Eve, for her part, is suing Kan over the incident, but says she has no immediate plans to return. She denied Kan's claims she had meddled in black magic to part Sek from his riches, or threatened to take her life with a drug overdose unless Sek sought vengeance for the shabby way Kan had treated her.

Speaking about the latest ructions in his family, Sua last week pulled no punches as he described the effect his mother's soured relationship with Eve was upsetting his mission to reunite the family.

"The hardest thing about my job is my mother's relationship with Eve. If they meet, my father's work goes downhill," he said. As distrust in his family builds, Sek was increasingly relying on him for guidance, Sua said.

"My mother is hot-tempered and misunderstands people easily. She likes to think she's always in the right, so flares up," he said frankly. "Patching things up shouldn't be difficult, as long as everyone keeps their cool."

While no particular fan of Eve's judging by his past comments, Sua denied his mother's claims that Eve had tried to block him from taking on the role of Sek's manager, or that Eve has tried to meddle with the rocker's comeback.

Kan filmed the raid on FB live in a broadcast lasting almost two hours. She said she called locksmiths to help her gain access to the home, and after bursting into Sek's bedroom, ordered the hapless Eve to leave. Eve put up little resistance, making a series of phone calls and excusing herself for a lengthy shower before packing her bags. Kan's broadcast showed her standing alone outside Sek's home, where she was picked up by a minivan.

Kan kept up a steady patter of criticism of Eve for the benefit of the 10,000 or so fans watching. Those remarks have now landed her in court, as Eve last week launched defamation action following her eviction.

Coincidentally, Kan also appeared in court to deny defamation charges brought by Eve in an earlier case. The court decided Kan had a case to answer and has called a hearing for next June.

Kan said she herself had launched legal action to get Eve evicted, but grew tired of waiting for the legal process to kick in, so decided to take matters into her own hands. She invited Sek's second wife, Sandwich, with whom Sek has a young son, Leon, to accompany her.

The pair have forged a tight friendship after early difficulties, with Kan now preparing to offer her a job as her secretary, and for all three to move in to Sek's home. They have also decided the rocker should enter the monkhood for a month to put his bad luck behind him. Sek, Kan and Sandwich recently celebrated the rocker's birthday at his home and followed that up with a bonding trip to Khao Yai.

However, the women decided to leave Sek out of the loop as they launched the raid, which ensured Eve had no one to help her when the moment came. The raid has disgusted Eve's mother, Marisa Labua, who said Sek had vowed to protect her daughter, to whom he is engaged, but did nothing. She was never proud to have him as a prospective son-in-law, she said.

Kan's previous attempt to evict Eve last December ended dismally when Sek called Kannayao police to have her removed. During the melee, which Kan also filmed on Facebook live, Eve quietly called psychiatric rescue workers from Srithanya Hospital in Nonthaburi to have her admitted to care. Rescue workers kept their distance as Kan threatened to slash them with broken glass and do harm to herself. One later advised her to seek medical help.

Actress Tanchanok "Patricia" Good insists no third hand broke up her relationship with actor and businessman Pachara "Peach" Chirathivat, even after images emerged of her having dinner with a socialite. 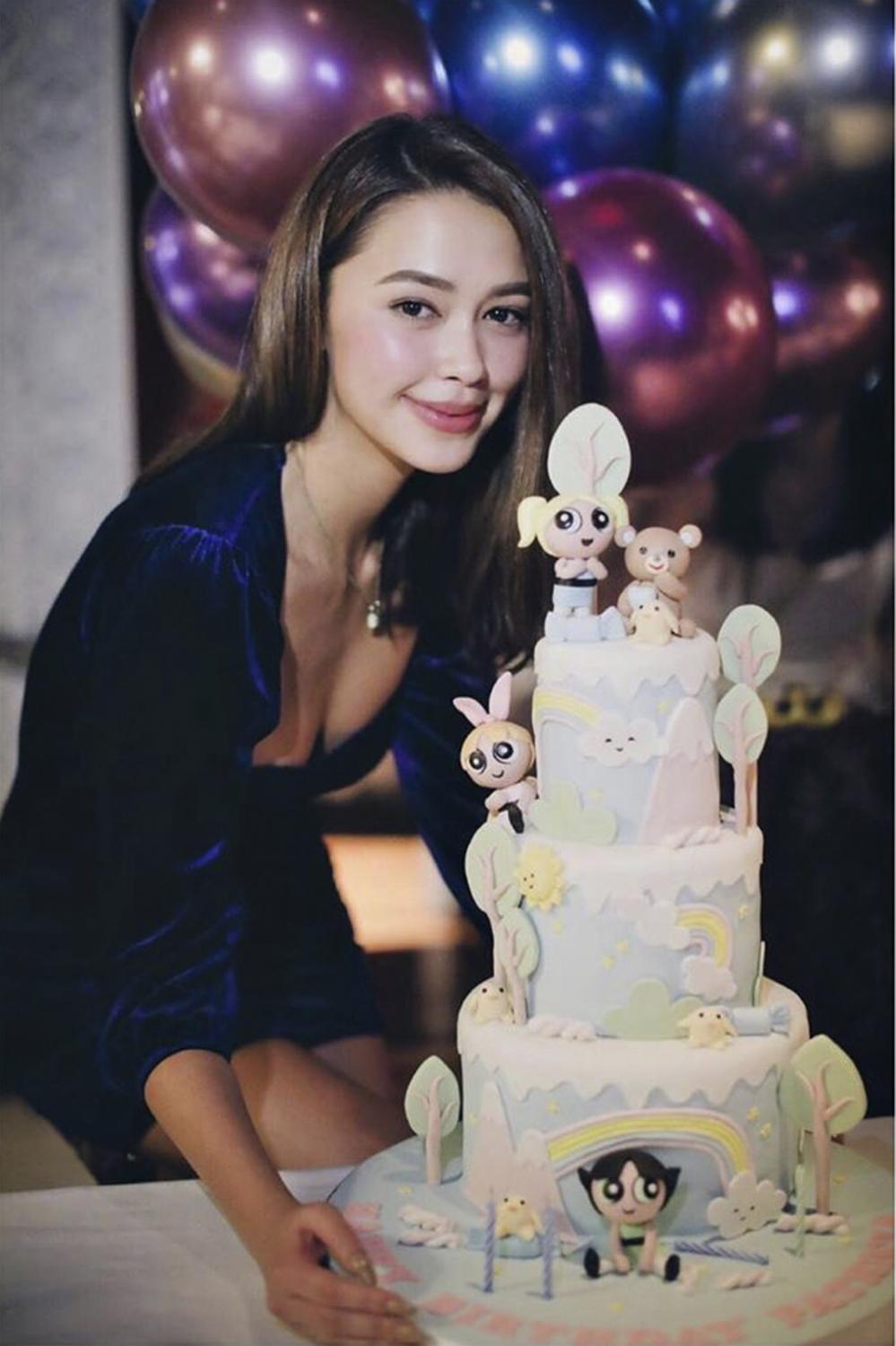 Patricia went before the media last week after Peach, an heir to the Central Group fortune, confirmed tearily before the cameras that their relationship of more than two years had ended, despite his earlier claims otherwise. "I am sorry for having lied previusly when asked if we were still together. I thought I could still fix the problem," he told the media.

While Peach put the cause down to communication problems, and said the pair had been struggling for the past month or so, he was vague on whether a third hand was involved, at one point growing quiet and declaring only that "She [Patricia] did not mean it". He declined to go into details or refer to third parties, though said fanclub criticism of her on social media was unfair.

Netizens responded warmly to his gentlemanlike comments, showing their quiet appreciation by queuing in large numbers outside his fried chips franchise at a city department store as they tried to cheer his spirits by boosting sales. Observing the unusual phenomenon, one wag asked whether the large crowds were there just to show their support for the beleagured youngster, or join the queue for the right to be the next daughter-in-law laying claim to his family fortune.

They were much less enamoured of comments by millionaire socialite Vises "Note" Rangsisingpipat, the man pictured dining with Patricia.

Despite the actress insisting they were just friends, Note -- former beau of actresses Patcharapa "Aum" Chaichuea and Priya "Poo" Suandokmai, head of a beverage company and an heir to the Racer lighting company fortune -- left knowing comments about Patricia's character and also declared he would not meddle in a relationship unless the other side "had cleared matters first". Images posted late last week also showed the pair with Note's brother, Visrut or "Nott", and his wife, model Araya "Chompoo" A Hargate.

Patricia, the last of the trio to go before the media to comment on the saga, which dominated news headlines for days, agreed communication problems were to blame, and denied a third hand was involved.

She said Peach was still important in her life and thanked him for trying to protect her. Explaining the images of her dining with Note, she said a group of seniors who knew him had invited her to a birthday party where he was present. The two had met previously but were still getting to know each other as friends.

Director and talent scout Poj Anon and a young protege with whom he has fallen out over payments have failed to make progress in their dispute, with both now consulting lawyers over the damaging row. 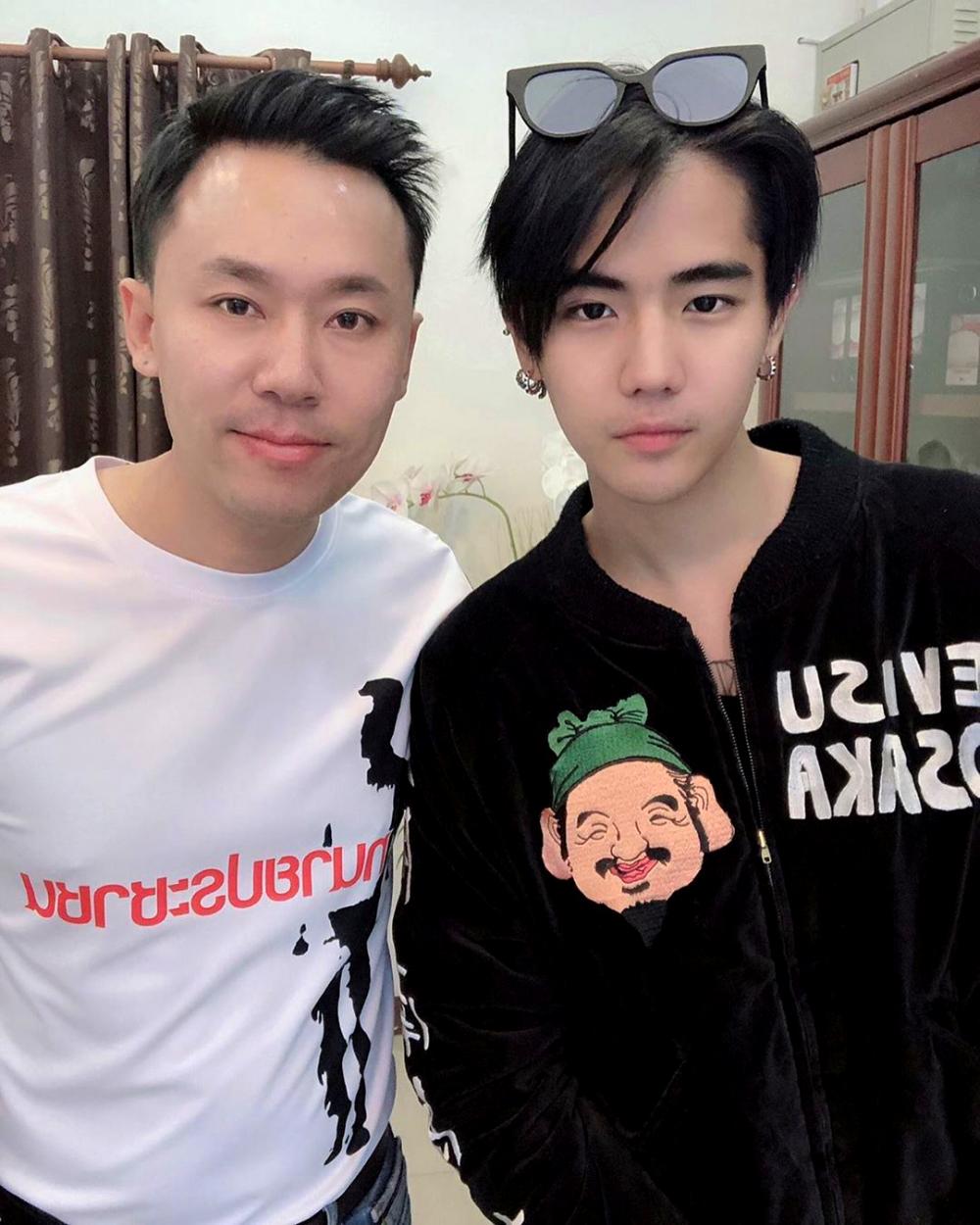 The drama started after actor Kunatip "Nick" Pinpradap, whom Poj has moulded into a star over the past five or six years in a handful of low-brow comedies and ghost movies, declared he was sick of working for the famed director and wanted to be released from his contract.

While Nick said his change-of-heart stemmed from trouble he was having in securing back payments for a recent movie, Songkran Saeb Sathan Lorkan, Poj suspected it was a case of sour grapes, after he turned down Nick for the lead role in his two most recent films and also knocked him back for a starring role in a re-make of his Bullet Teen, which goes into production next year.

Nick last week offered a belated apology to Poj, claiming he still felt indebted to the director and that their ongoing battle, waged through social media, had ground him down. However, a helpful netizen later unearthed a chat in which Nick supposedly has a change of heart, daring Poj to sue him and threatening to malign him publicly.

Poj said he could not accept the apology, even at the risk of claims he was persecuting the young. "I was stunned to read his comments. I did good by him and this is how he rewards me? I hope none of my fans brings up their young like this," Poj grumbled.

Nick was the first to seek legal advice, turning to celebrity lawyer Sittra Biebangkerd, who quickly went to work on Poj. Pointing to discrepancies in payment figures, he asked whether the director was genuinely unaware of the facts or obscuring the truth.

Not to be outdone, Poj turned to celebity lawyer Decha Kittiwithiyanan, who praised Poj for giving the young a chance in life, and said he had drafted legal papers should he fail to reach agreement with Nick. The row continues.