Bangkok is ranked 47th safest of 60 countries surveyed by the Economist Intelligence Unit (EIU), which sees Tokyo as the safest city in the world and Singapore the safest in in Southeast Asia.

Bangkok was in 47th spot in the Safe Cities Index 2019 released on Thursday by the EIU.

It surveyed 60 cities around the world, weighing scores from 57 indicators including infrastructure security, personal security and the health system.

Bangkok's score was 57.6, compared with 92 for Tokyo and 91.5 for Singapore. Its score equalled Ho Chi Minh City, but the Thai capital trailed Singapore, Kuala Lumpur and Manila for the regional capitals.

The three safest cities were in Asia, which also had Seoul in ninth place.

But the EIU said geography was not a factor in making them safe.  (continues below) 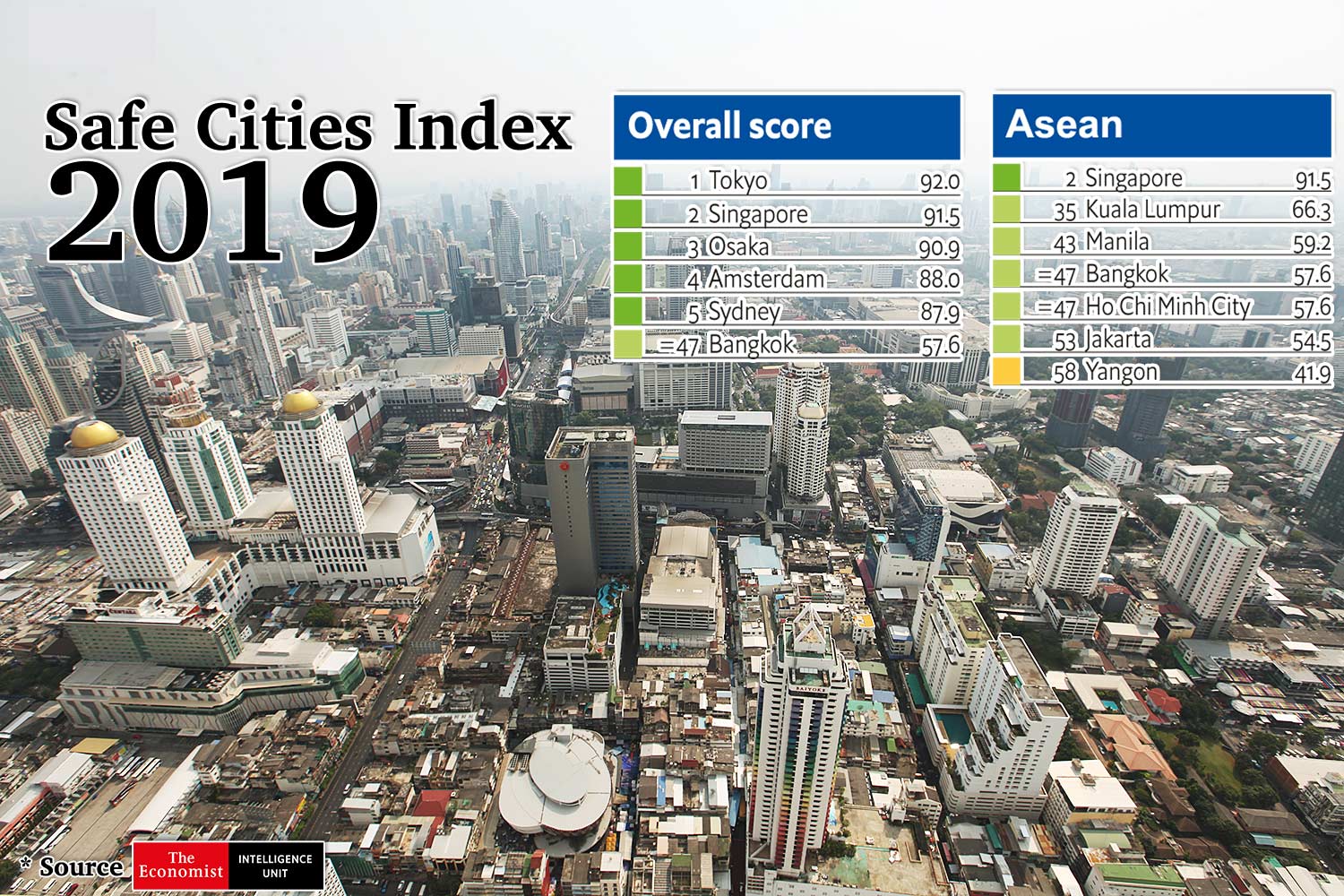 "Tokyo, Singapore and Osaka are not safe because they happen to be in Asia, but because of the specific urban environments their residents and officials have built," it said.

The biennial survey debuted in 2015. Tokyo has placed first in all three surveys to date.

Cannabis in the spotlight at BKK herb expo