As sour fruit-producing orchards disappear, so do some time-honoured once-popular Thai dishes Story by Suthon Sukphisit

In the old days, farmers in Nonthaburi grew different kinds of plants together in the same orchards. Trees that bore sweet fruits such as coconut, jackfruit and mangosteen intermixed with sour fruit plants such as madan, hog plum and lemon. The farmers had valid reasons not to grow sweet fruits only.

This is because many kinds of sour fruit have their place in Thai cuisine. They are indispensable to bring out the harmonious and balanced Thai flavour -- sour, salty, spicy and sweet. Each citrus fruit gives a unique sourness that enhances the identity of a particular Thai dish. Significantly, the trees bear fruits in different seasons and people know how to use them for preparing food. Notably, farmers earn income from selling their produce throughout the year.

Following are some examples of sour fruits once widely used in Thai cuisine.

Madan (Garcinia schomburgkiana) can be added to gaeng krathi sai bua sai pla tu neung (a coconut cream-based soup-like curry with lotus stems and steamed mackerel). When it is added to mackerel spicy soup, the name is changed to tom priew. Despite its sharp sour taste, madan can also be made into dessert by cooking them in syrup. This perfect combination of sweetness and sourness is called madan chae im. 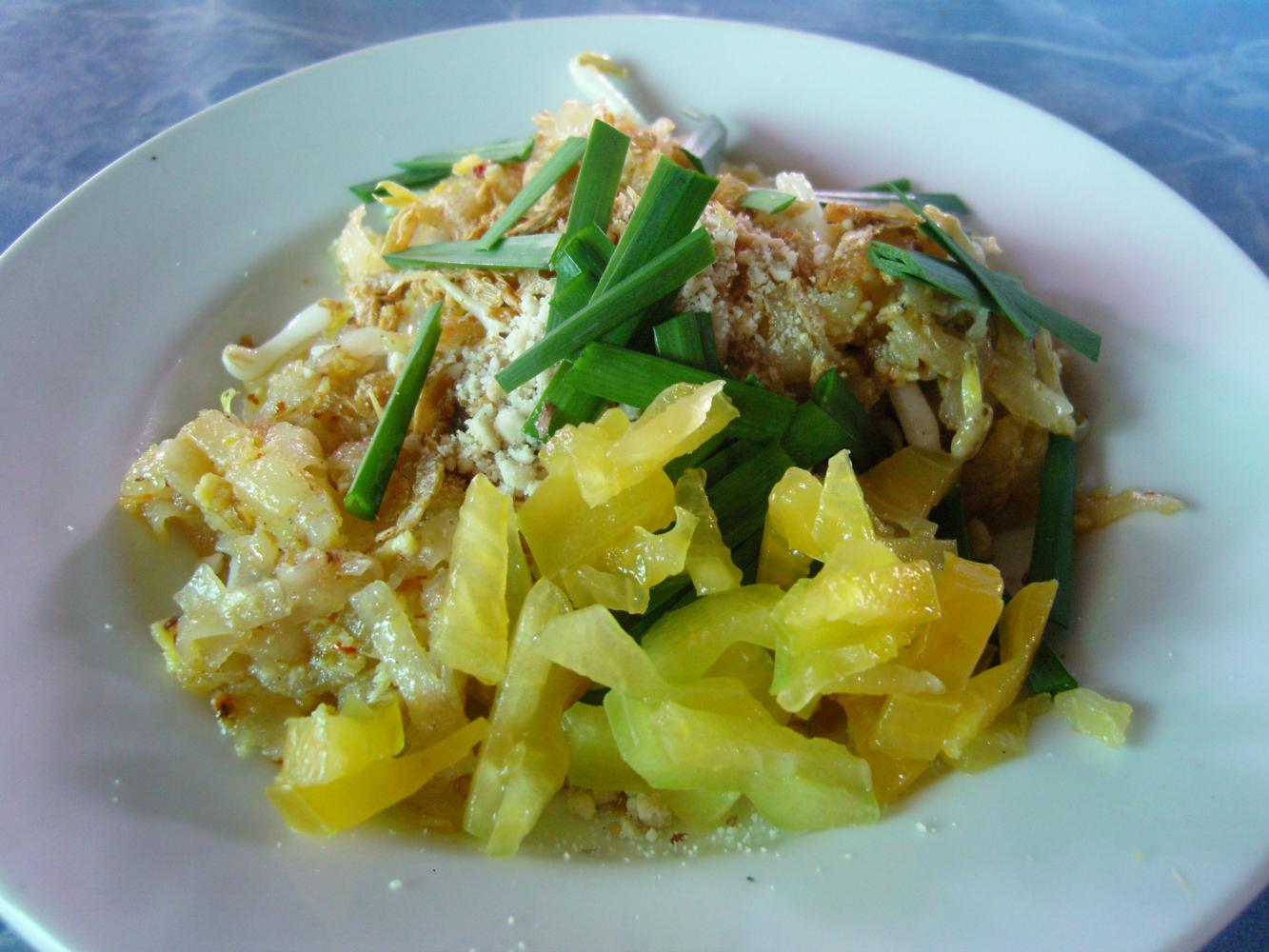 Ripe mandarin orange fruit is usually sweet. But the small and young fruit is sour and called som men. The whole fruit with green rind is thinly sliced and added to nam prik called nam prik som men. It is an ancient dish made by court ladies.

Kumquat, aka small orange about the size of your thumb, or som jeed in Thai, is juicy with aromatic sourness. It is normally sliced into thin pieces and added in nam prik kapi or squeezed and made into a drink that has a similar sour taste to lemon juice, but more fragrant. 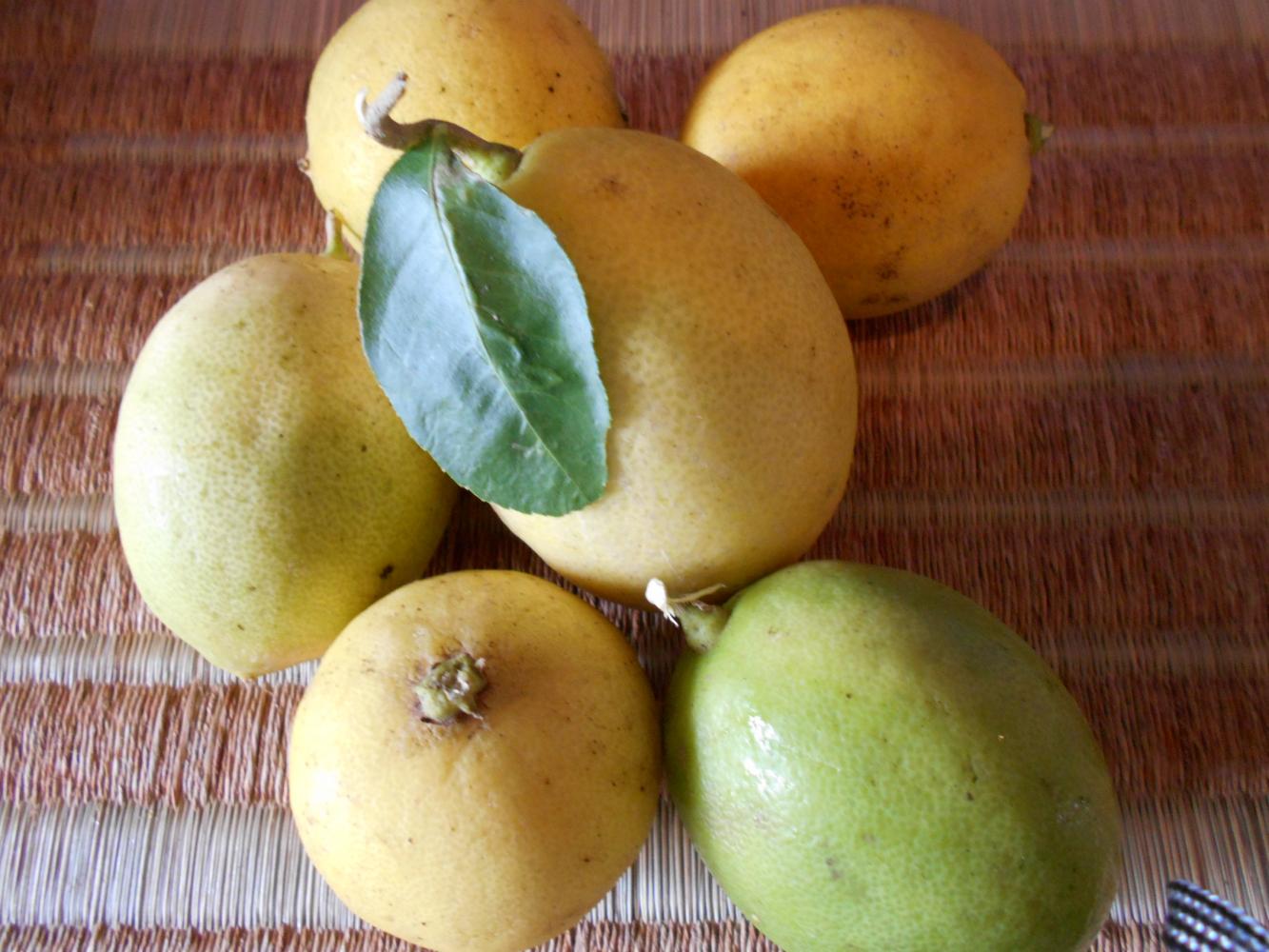 Som sa (bitter orange) is grown in every homestead.

Hog plum (makok in Thai) has rather hard meat that is good for making spicy salad dishes such as hog plum salad with crispy fish or pla salid (a kind of freshwater fish) salad with hog plum. Sliced makok was used to scatter on top of pad Thai for a sour taste instead of using lemon.

Santol or kraton can be founded in most fruit orchards for its tall trunk and large shade. The meaty and sour fruit is delectable when added to pork curry.

Some of these old-style Thai dishes such as nam prik som men, nam prik som jeed and crispy-fish salad with makok have vanished from our cuisine. In present times we have seen less and less of tom priew pla tu sod with madan, mee krob and sai krawk pranaem with som zaa. Very likely, more Thai dishes with a particular sour identity will disappear and remain only in our memory one day.

This is all due to the demise of traditional garden groves in Nonthaburi. The former agricultural areas have been turned into paved roads and highways, housing estates and factories of different sizes. The remaining orchards are small in number and plot size. Moreover they have been affected by a degraded environment, polluted air and water. Many varieties of sour fruit are no longer available according to their season. The unpredictable supply of sour fruit has subsequently restricted the cooking of some Thai dishes. New farming areas have appeared in provinces such as Samut Songkhram (Amphawa and Damnoen Saduak), Ratchaburi and Phetchaburi. But they tend to specialise and grow only a single type of plant in response to market trends. 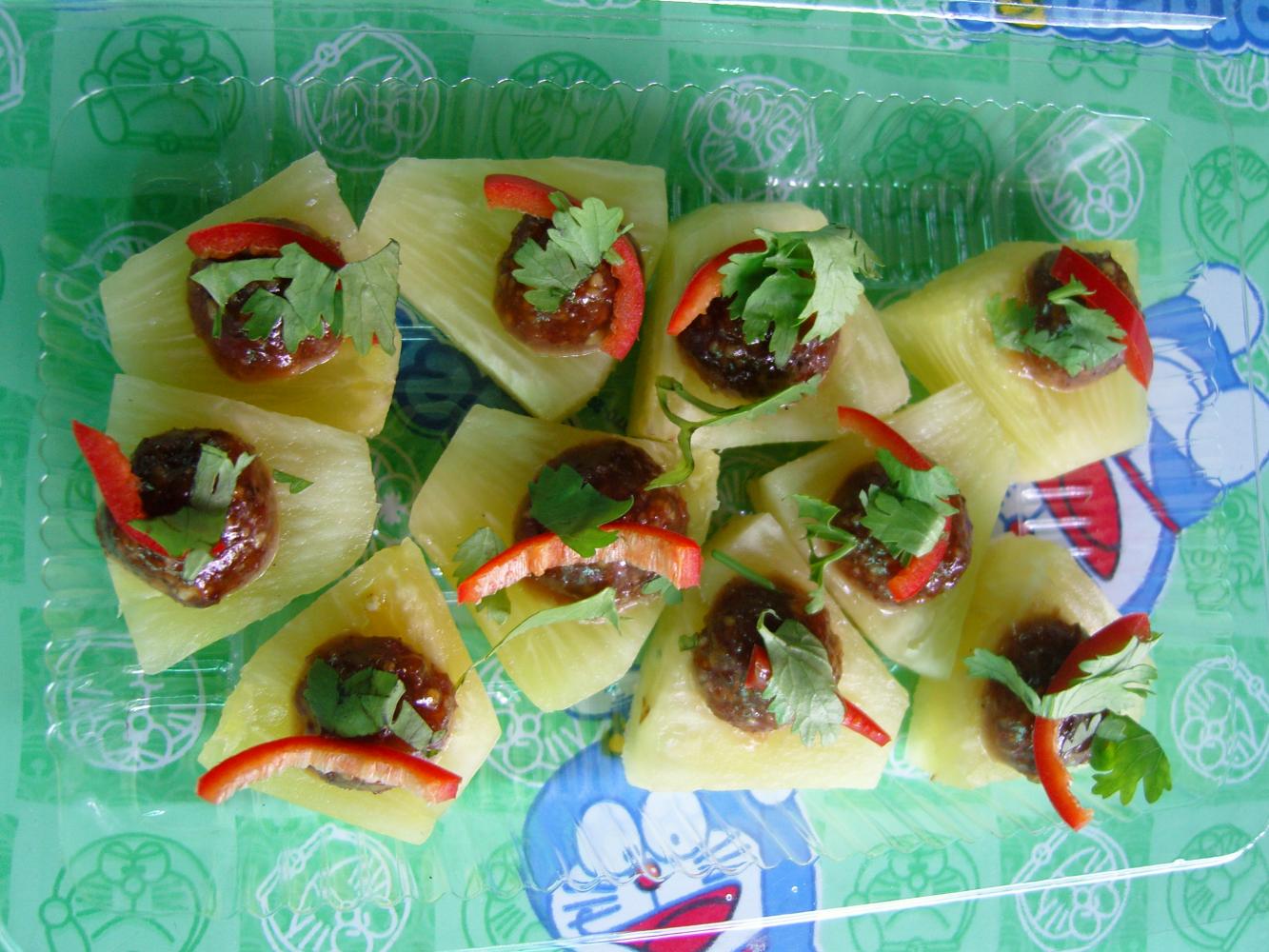 Pineapple is used for making an old-style dish, ma hor.

Some time ago the Marian plum (mayongchit), a prime produce of Nakhon Nayok province, was popular and commanded a very high price. It attracted farmers from around the country. Farmers in Ratchaburi uprooted their mango tress and planted mayongchit. More recently, as durians have brought a good price, the mayongchit trees were destroyed and replaced by durians.

Farmers have not come to realise the significance of sour fruits. They should replant mixed crops the old way. Once the produce is consistent and easy to get, people will come to use them in cooking. Likewise, the farmers will have steady income for the whole year.

Only with the return of sour fruits will the lost old-style Thai dishes will be brought back, I believe.