Content-based instruction that immerses students in topics that familiarise them with contexts in which unfamiliar words can be used has great advantages for vocabulary building, Hirsch says.

“One [advantage] is that the topic itself is interesting, so the student has a strong motivation to understand what is being said or written,” the academic observes. “But an even more important advantage is that immersion in a topic provides the student with a referential and verbal context that is gradually made familiar, which encourages correct guesses of word meanings at a much more rapid pace than would be possible in an unfamiliar context.”

A caveat is in order, however. The operative word here is “immersion.” Simply skimming through texts with unfamiliar words does not automatically lead to a more robust vocabulary. Rather, it is through a more attentive reading of texts with special attention paid to those new words that learners can best acquire new vocabulary. Yet faced with unfamiliar words, many of them may simply glide over them, thereby often missing the entire point of a sentence or entire passage.

“Instead of avoiding these words, you will need to take a closer look at them. First, try to guess at a word’s meaning from its context — that is, the sense of the passage in which it appears; second, if you have a dictionary on hand, look up the word’s meaning immediately,” the Johnson O’Connor Research Foundation, a non-profit educational organisation, counsels learners.

“This may slow down your reading somewhat, but your improved understanding of each new word will eventually speed your learning of other words, making reading easier,” it adds. “Make a daily practice of noting words of interest to you for further study whenever you are reading, listening to the radio, talking to friends, or watching television.”

And let us not forget many a student’s trusted allies: vocabulary-building aids, including textbooks, CDs, smartphone apps and online programmes. “The first advantage of vocabulary-building books is that they present you with words generally considered important to know, thus saving you time,” Johnson O’Connor Research Foundation points out.

“Another advantage of many of these books is that they will use the words in several sentences, so that you can see the words in different contexts. A third advantage is that they usually have exercises that test what you have learned, which gives you a clear sense of progress,” it explains.

But these tools can have their disadvantages. One is that they may be full of words that are unfamiliar to learners with smaller vocabularies.

“Such a person would have a hard time learning these words and could quickly become discouraged,” the research foundation says. “If most of the words are totally unfamiliar to you, you will probably not get very much out of it. If, however, you recognise many of the words but do not quite know them, then the material is probably at the right level for you.” 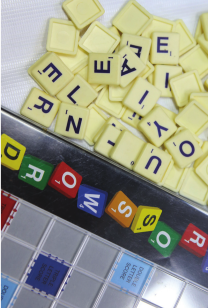 The foundation adds: “Many books approach vocabulary building by teaching you word parts — prefixes, suffixes, and roots — and showing you how these parts can go together to form many different words. You might find this approach useful, because it will make you sensitive to how words are formed, and this can often be a help in figuring out a word’s meaning from its context.”

Once students acquire a large enough working vocabulary of useful words, they will no longer feel the

need to stay awkwardly taciturn in taxing social and educational situations. Rather, they will wax eloquent and even turn loquacious, impressing their peers and people around them. Surely, that is an aim worth pursuing.