Inspired by his travels throughout Thailand, chef Krit Prathuangsukh's new tasting menu at Basil at the Sheraton Grande Sukhumvit showcases the diversity of Thai ingredients and cooking techniques. Each dish of the nine-course "Thai Journey" menu reinvents a regional classic with a modern twist, while remaining distinctly Thai.

"I was wondering if I should start the journey with an amuse bouche and this dish came to mind," says Krit of his first course, which originates from the Central Plains. Horseshoe crab roe fritters are served with green mango salad. The fritters are served in a traditional cooking utensil used to fry peanut fritters, which adds a unique touch.

"I imagine a hunter in the forest during rainy season: he may find it difficult to get a fire going and may have to eat his kill raw. This is how I got the idea for this dish," says the chef. The traditional kaffir lime leaf is swapped for cumin leaf garnish, which adds a pungent heat that can be felt in the back of the throat.

The next course is an innovative take on the classic Thai soup, tom yum goong. Usually prepared with coconut milk, the dish can be a tad heavy, but Krit uses cubes of mutant coconut, a rare find where the coconut flesh turns into a soft translucent jelly. The puree at the bottom of the dish is made from fried and puréed prawn heads, which draws out the intense flavour of the tomalley. The broth, when mixed together with the prawn, coconut and tomalley, is deliciously creamy. 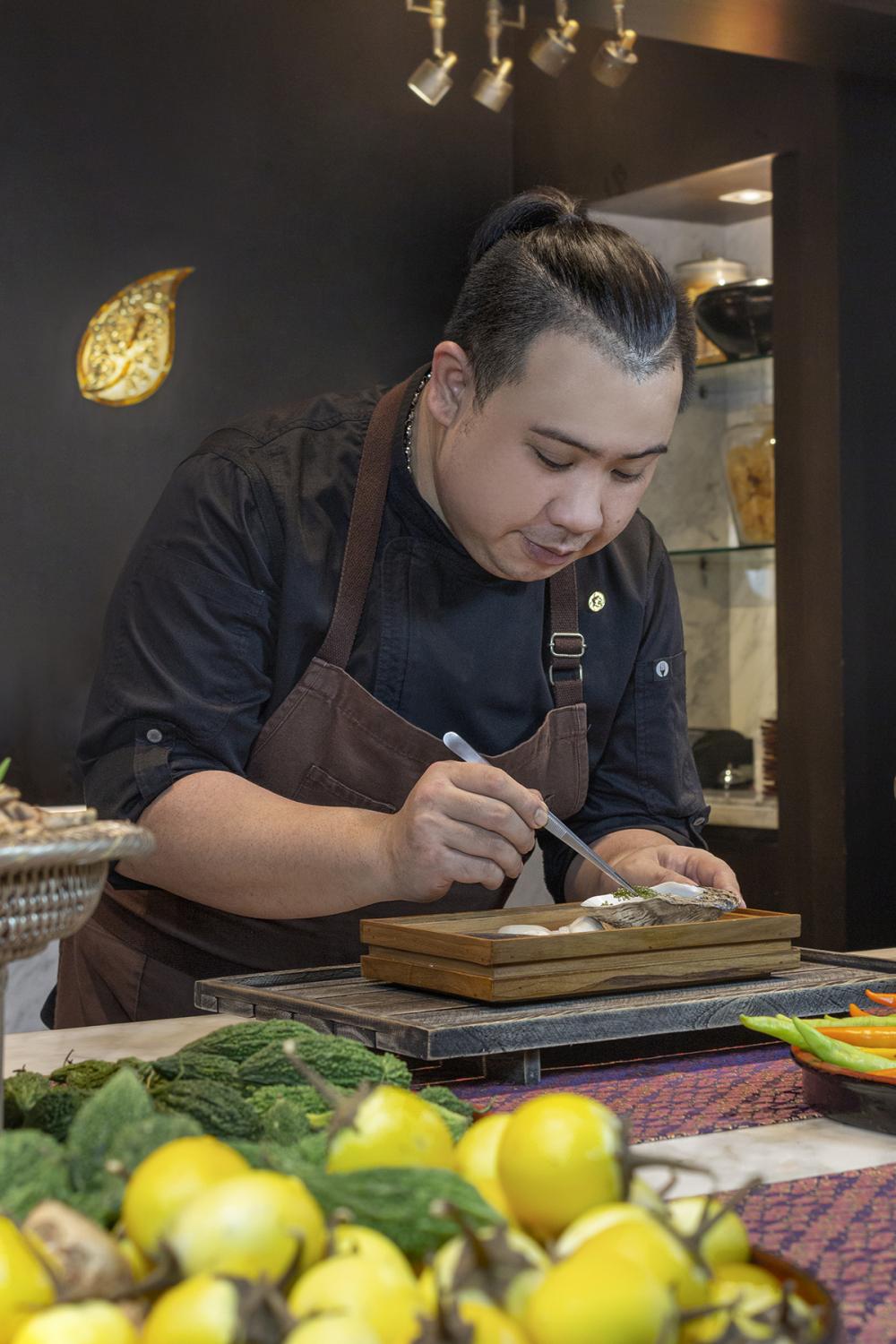 A southern-influenced dish, the fried grouper marinated with turmeric, topped with fried turmeric and garlic, is served with a purée of what Krit calls the "three friends".

"The three friends, which form the basis of all Thai flavours, are garlic, coriander root and pepper. I add turmeric to the mix and it enhances the flavour of the sauce," he explains. Usually, this dish is eaten with a seafood dipping sauce. Krit takes this idea further, recreating an oceanic feel by serving the fried fish with a salad of seaweed and kale stems, mixed with lemongrass and shallots. The seafood dipping sauce is used as a dressing. I was pleasantly surprised that the turmeric did not overpower the dish, despite its strong presence.

In the past, Thais used pork rind to render lard for cooking. The leftover rind or crackling was then used in many dishes. A favourite dish of Krit's is one his mother use to make: pork crackling with sweet grape salad. An old-school dish from Uttaradit province, it is crunchy, sweet and salty.

"I use grape as a counterbalance to the crispy pork. This is a refreshment of sorts after the fish dish; it cools down the palate before the next course." Garnished with culantro leaf, the dish is unusual -- something I hadn't come across before on my Thai culinary adventures.

The next offering was my favourite. Krit says he was thinking of his own take on American-style BBQ and, during his travels, discovered the wonders of grilled meats in northern Thailand. 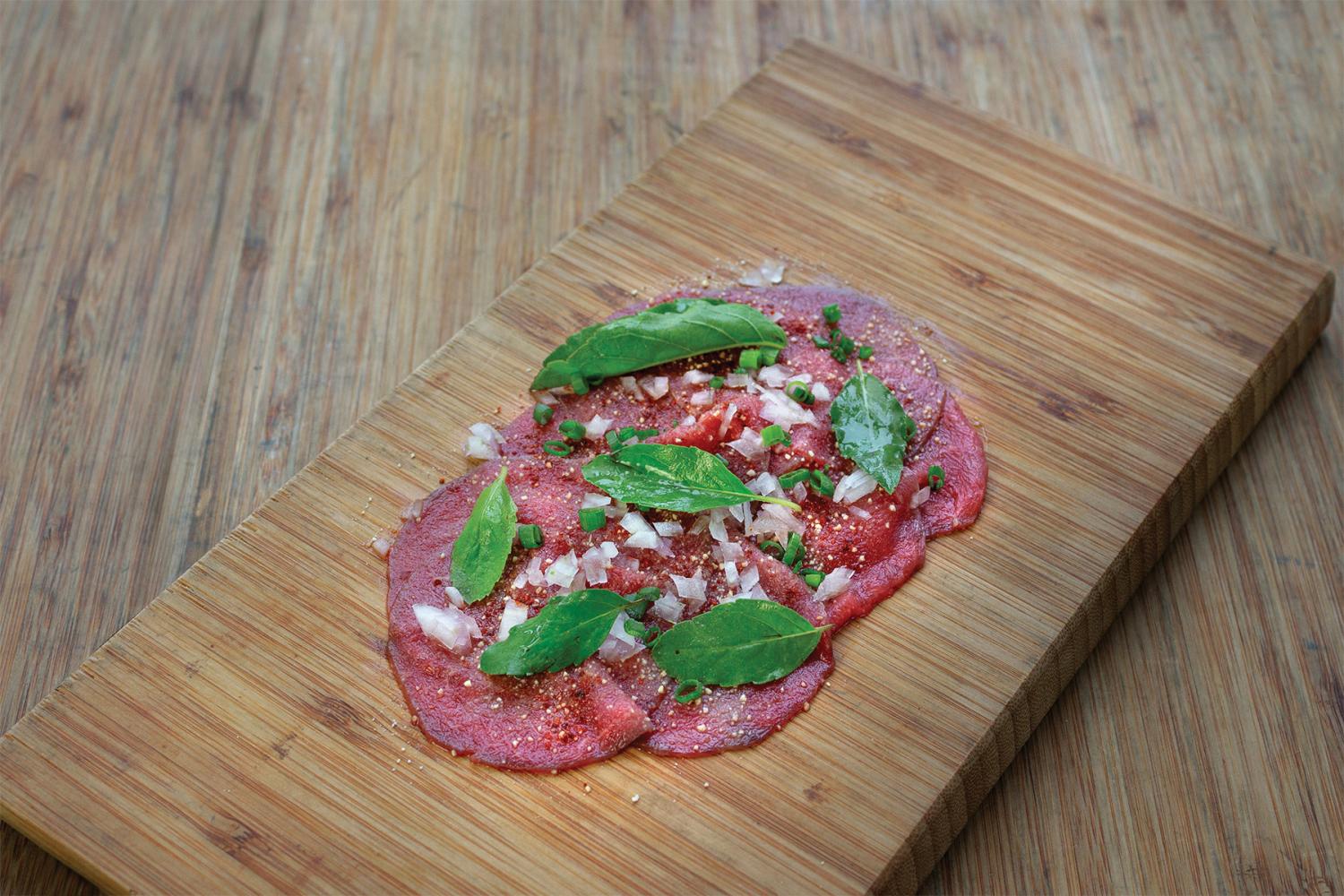 "I thought of making American-style BBQ but with Thai flavours. The result is the hang lay pork ribs," he explains. In fact, the dish, which uses a lot of spices, is originally from Myanmar. And even the original variation has a strong Indian influence.

"Since it's a dish influenced by India, I use masala chai to smoke the pork for around 10 minutes." The pork ribs are cooked sous vide and served with green mango salad, in the northern style. There is also a generous dollop of pickled garlic emulsion. This is a dish best eaten with your hands, but if you're afraid of ruining your manicure, plastic gloves are provided. (Ditch the gloves, I say!)

My favourite part of tasting menus are so often the palate cleansers. Basil offers green guava sorbet with grated salt-dried plum and chilli flakes. A delight!

We head back to the South for the next main, as Krit reinvents the classic combination of yellow curry and a freshwater snail called hoi khom, using the sea snail. 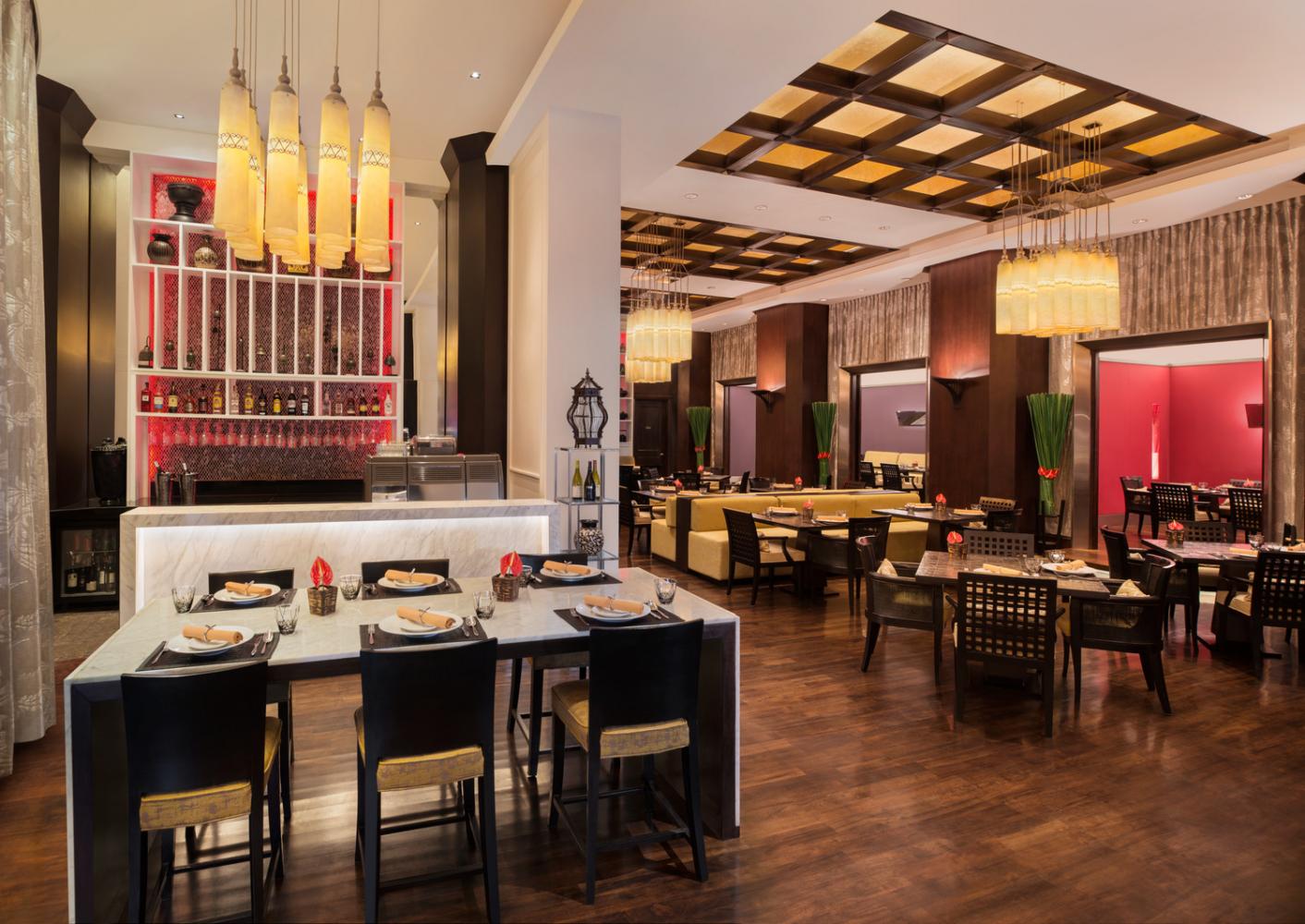 The interiors of Basil restaurant at the Sheraton Grande Sukhumvit.

"This is one of my favourite Thai dishes. Two years ago, I was in Sattahip where I was introduced to murex, or sea snail, at a restaurant. The chef there served it to me sashimi style and, with the first bite, I was blown away. The texture and flavour are close to abalone. This is how this dish was born." The accompanying curry is made from betel and climbing wattle leaves.

For dessert, we get the chef's version of a tart, again with a Thai twist. The base is the Thai cookie kleeb lamduan. The name refers to the petals of the lamduan flower, whose shape the cookie typically replicates. Originally Portuguese-influenced, it is a type of shortbread almost like French shortcrust pastry. This is crumbled and smoked with a Thai scented candle called tian op. Served with a quenelle of coconut ice cream, honey pickled carissa berry (to eliminate the sourness) and carissa berry jam. The dessert is a fitting end to this modern Thai culinary journey.

Basil's tasting menu is a fine introduction to the huge variety in Thai cuisine, taking in the flavour profile of each region, how local people like their food and what they eat daily.

"To reinvent food that is lesser known is to showcase Thai culinary culture. Most of my dishes stem from these, the lesser-known dishes," Krit says.

The next menu change will be in December, so you have plenty of time to go on this taste adventure at Basil. 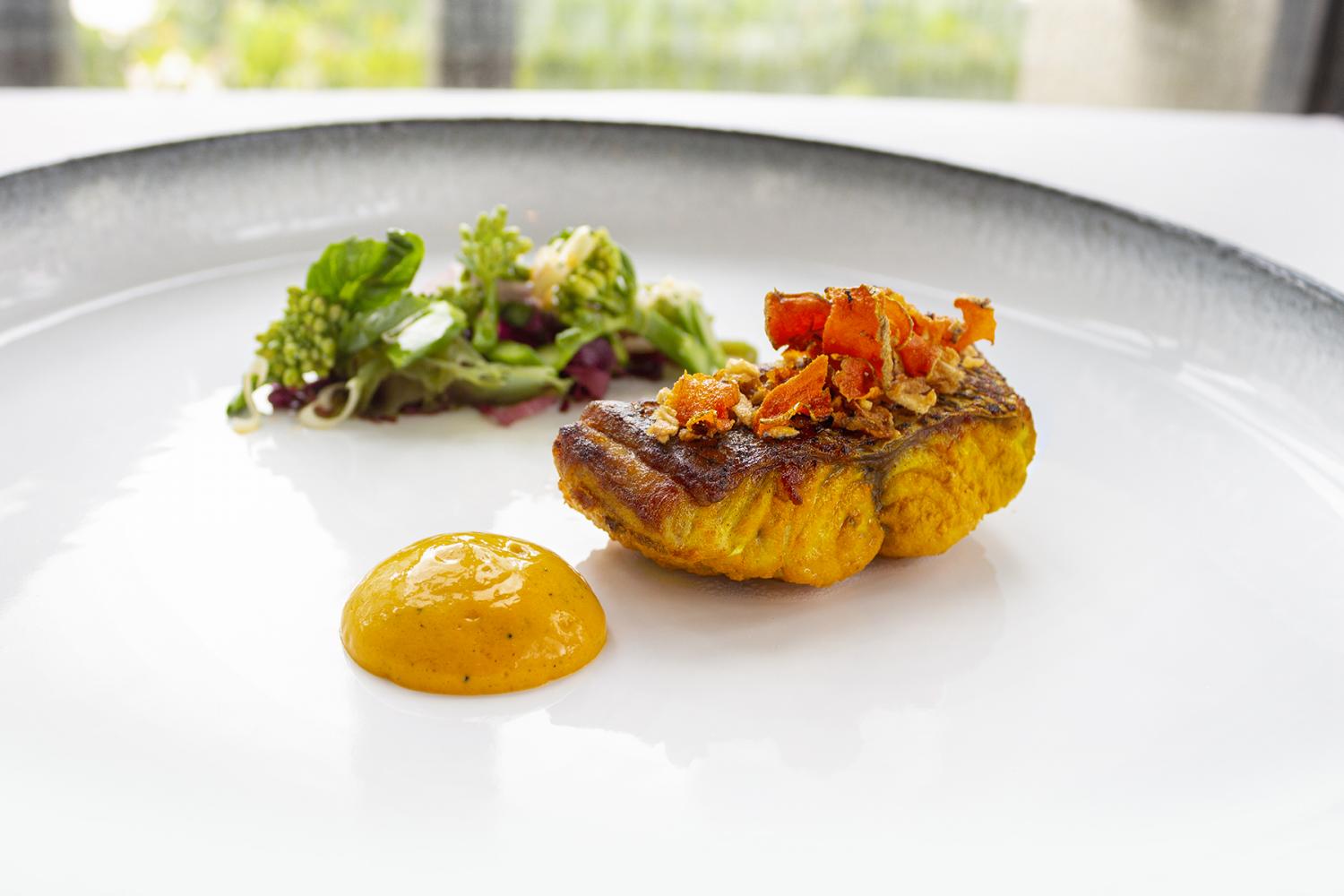 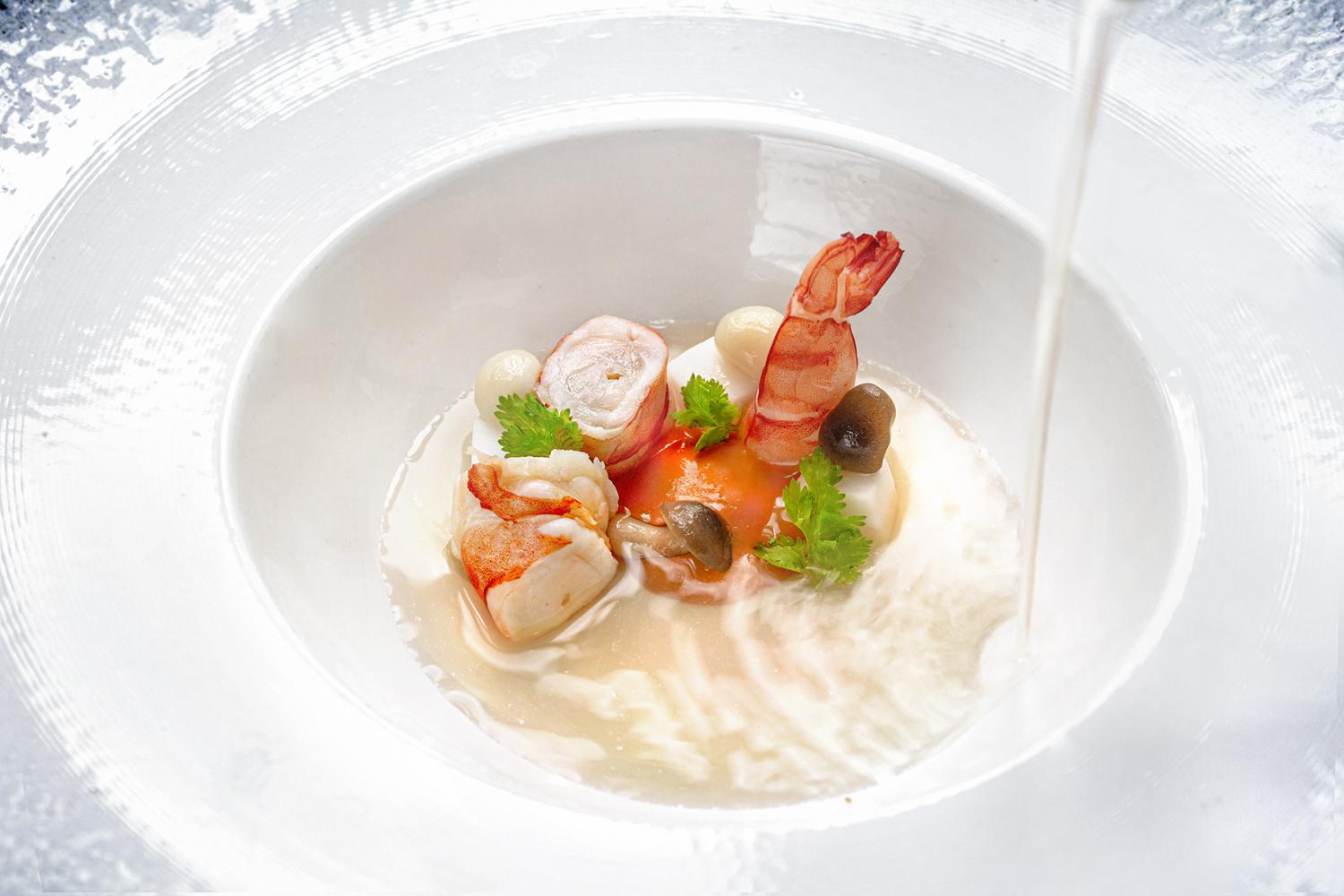 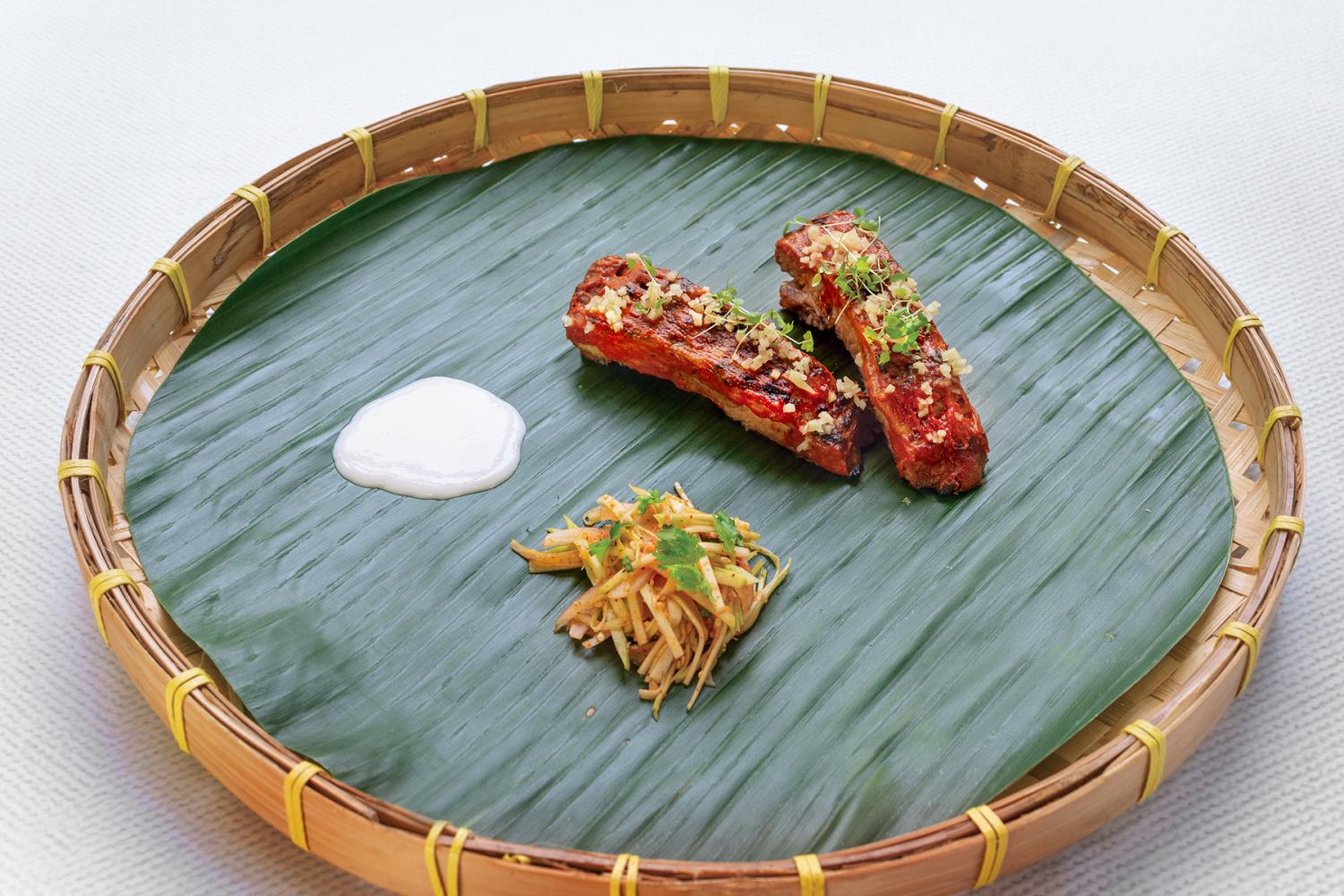