Finland's capital is fun, friendly and full of things to do and see

published : 3 Oct 2019 at 04:00
newspaper section: Life
writer: Karnjana Karnjanatawe
Helsinki Cathedral, also known as the White Church, is the Finnish Evangelical Lutheran cathedral of Helsinki. Built between 1830 and 1852, it was originally named St Nicholas' Church in tribute to Tsar Nicholas I of Russia, who reigned from 1825-1855 and whose titles included Grand Duke of Finland and King of Poland. The church's name was changed to its present one in 1917, following independence. (Photos by Karnjana Karnjanatawe)

Helsinki, the Finnish capital, is compact but invigorating and inspiring. The tree-lined streets are clean, the footpaths are wide and there are bicycle lanes throughout. Different architectural styles coexist: neoclassicism, art nouveau, functionalism and modernism. Small wonder that the city was named World Design Capital in 2012.

Out on the streets, you can feel a cool breeze and the fresh air. Since it is autumn now, you can also appreciate the vivid colours of the leaves.

Helsinki is capital of the nation that ranks top of the "Happiest Country In The World" poll for 2019. What's the secret to Finland's happiness? Little things like freedom of expression, free education, universal healthcare, low corruption, the northern lights, saunas and a love of the outdoors all contribute.

Helsinki has a long and fascinating history. Founded in 1550 by King Gustav I of Sweden, it came under Russian rule from 1808 until 1917. Helsinki became the capital of Finland in 1812 when Tsar Alexander I of Russia moved the capital from Turku in order to reduce Swedish influence. Finland finally gained independence from Russia in 1917.

Because of its compactness, Helsinki is an easy city to get around. It is said that you can walk from one side to the other within 40 minutes. On the way, there is plenty for visitors to see and do.

The top attraction for first time visitors is Senate Square, a grand plaza featuring several landmarks in the oldest part of the city.

Four of Helsinki's most iconic buildings are here: Helsinki Cathedral, Government Palace, the main building of the University of Helsinki and the National Library of Finland. Constructed in the neoclassical style, they were all designed by German architect Carl Ludvig Engel, who, as director of public construction in the early 19th century, supervised various public building works throughout Finland.

This dome shaped structure is the Central Railway Station. Opened in 1919, the terminal was built to replace the older, smaller station dating from 1862. It is another example of National Romantic architecture. The main entrance is flanked by two pairs of male statues holding spherical lamps. All train lines in Helsinki pass through here.

The Sound Of The Senate Square, an instrumental piece of music, is played every day at 5.49pm. The best spot to listen to the song is at the statue of Emperor Alexander II, right in the middle of the square, where all the loudspeakers are pointed. The composition runs for five minutes and 18 seconds.

Heading away from the square towards the harbour, you will come to Market Square. Here, you can find various outlets selling fresh fish, coffee, food, vegetables, mushrooms and berries. There are also shops selling local art, handicrafts and souvenirs. The Presidential Palace is also situated on Market Square, as is the harbour, from which you can take a ferry to Suomenlinna, a Unesco World Heritage Site, which is home to a maritime fortress built in the late 18th century.

Just beyond Market Square is Katajanokka neighbourhood, home to Uspenski Cathedral, an exquisite example of Russian architecture. Take the opportunity to rest your feet by taking a 10-minute ride on the SkyWheel Helsinki, a 40m-high wheel giving splendid views of the harbour and the city.

Another place not to be missed is the Helsinki Central Library, commonly known as Oodi, which has welcomed more than 2 million visitors since it opened last December. Built at a cost of €98 million (about 3.3 billion baht), it was constructed to commemorate the 101st anniversary of Finland's independence from Russia. The structure is modern and stylish, featuring a harmonious blend of steel, wood and glass. From the top floor, you get a panoramic view of the city. Find a seat to relax and sip your coffee with a book in your hand.

Even if you have only a day in Helsinki, the city is well worth exploring. With its charm and pleasing ambience, you'll fall in love with this Nordic beauty. 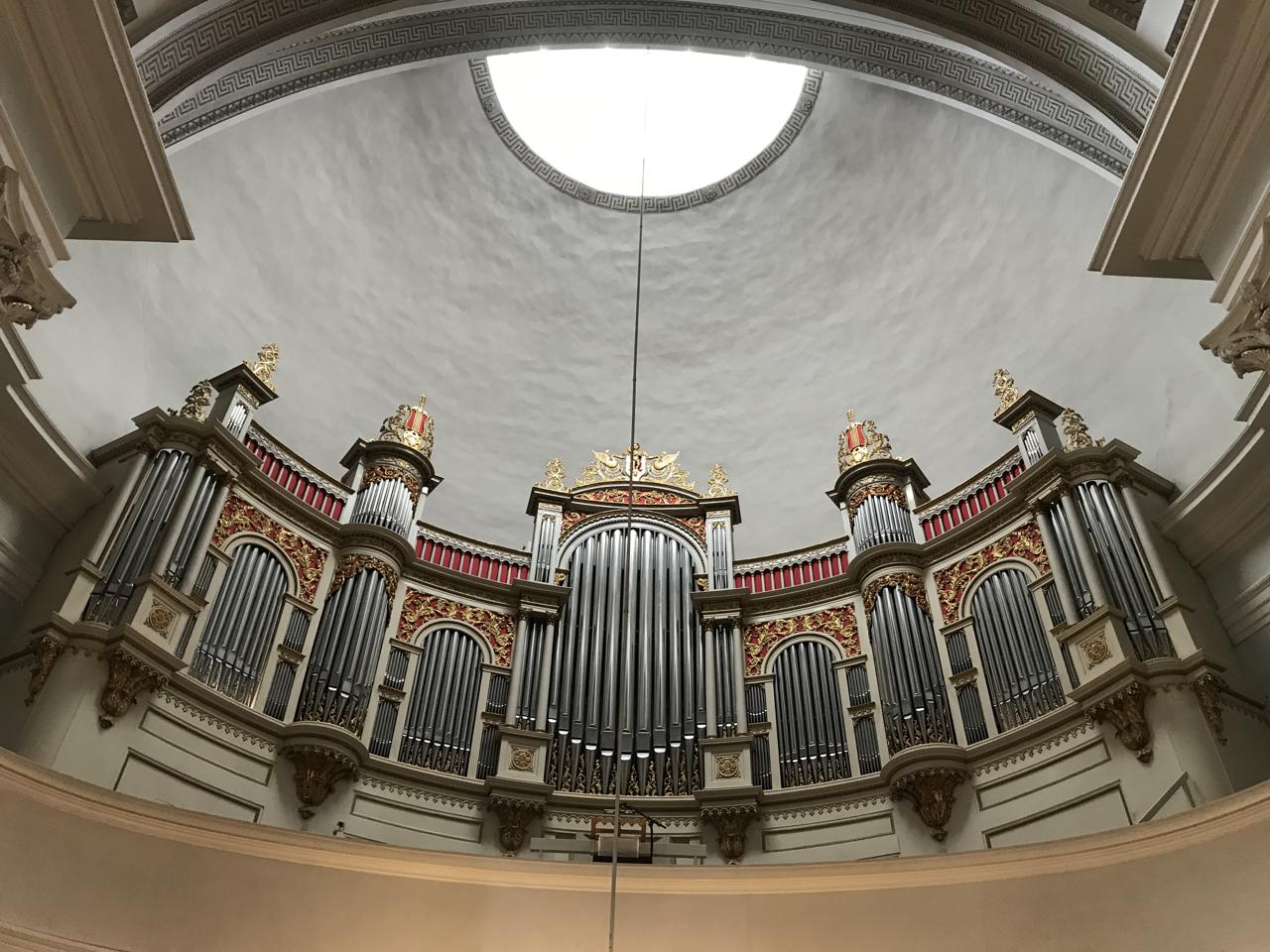 In the centre of Senate Square is a statue of Alexander II, Emperor of Russia (1855-1881), who was known in Finland as "the good tsar". The statue was erected in 1894 to commemorate his initiatives to reform Finland. Surrounding the base of the statue are bronze figures representing law, science and art, peace and labour. Senate Square is one of the top attractions of the city because it is home to several of Helsinki's most important landmarks, all built in the neoclassical tradition. 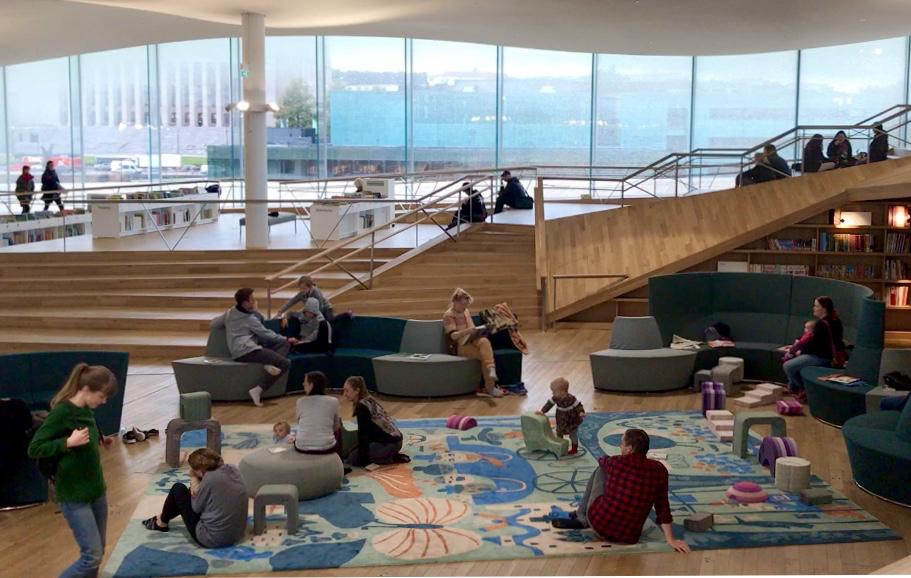 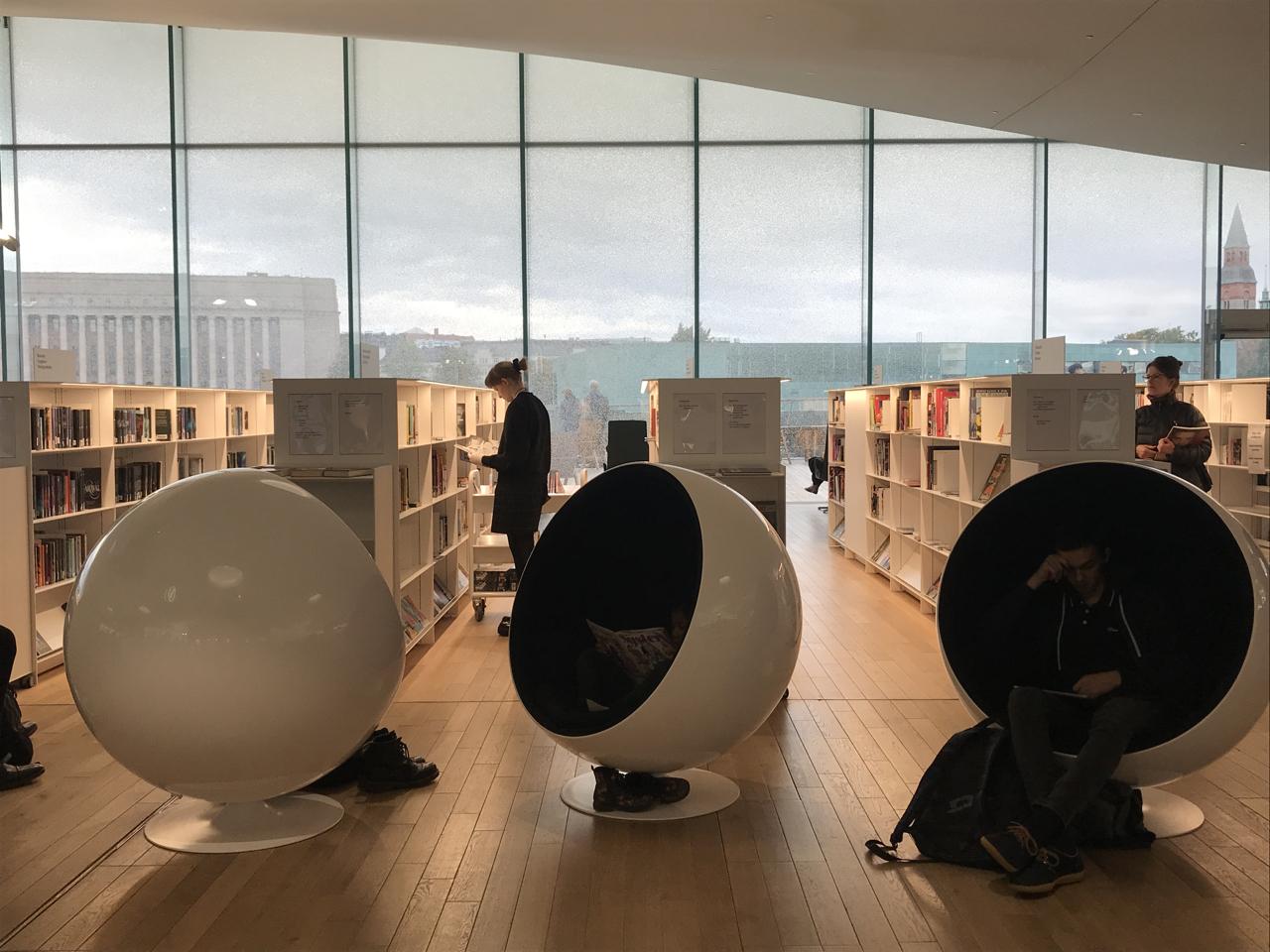 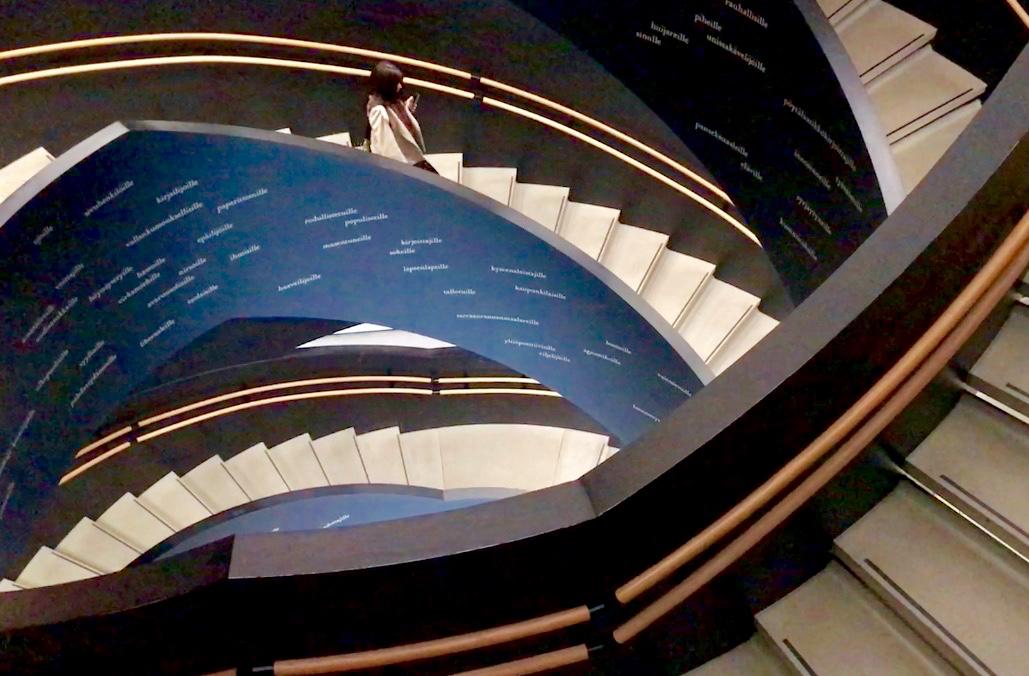 Open since December last year, Helsinki Central Library Oodi is the city's latest landmark. The library functions as more than just a centre for reading. Within its 17,250m² space, there are study or meeting rooms, an auditorium, a workshop corner with 3D printers and tools for handicrafts, a recording studio with musical equipment for rent, a cinema, a playground for children and a cafe. The top floor features a wavelike wooden floor. Comfortable seating is available throughout, and the floor-to-ceiling windows and balcony allow visitors to sit and admire the views over the city. Oodi recently won the 2019 Public Library of the Year award by the International Federation of Library Associations. 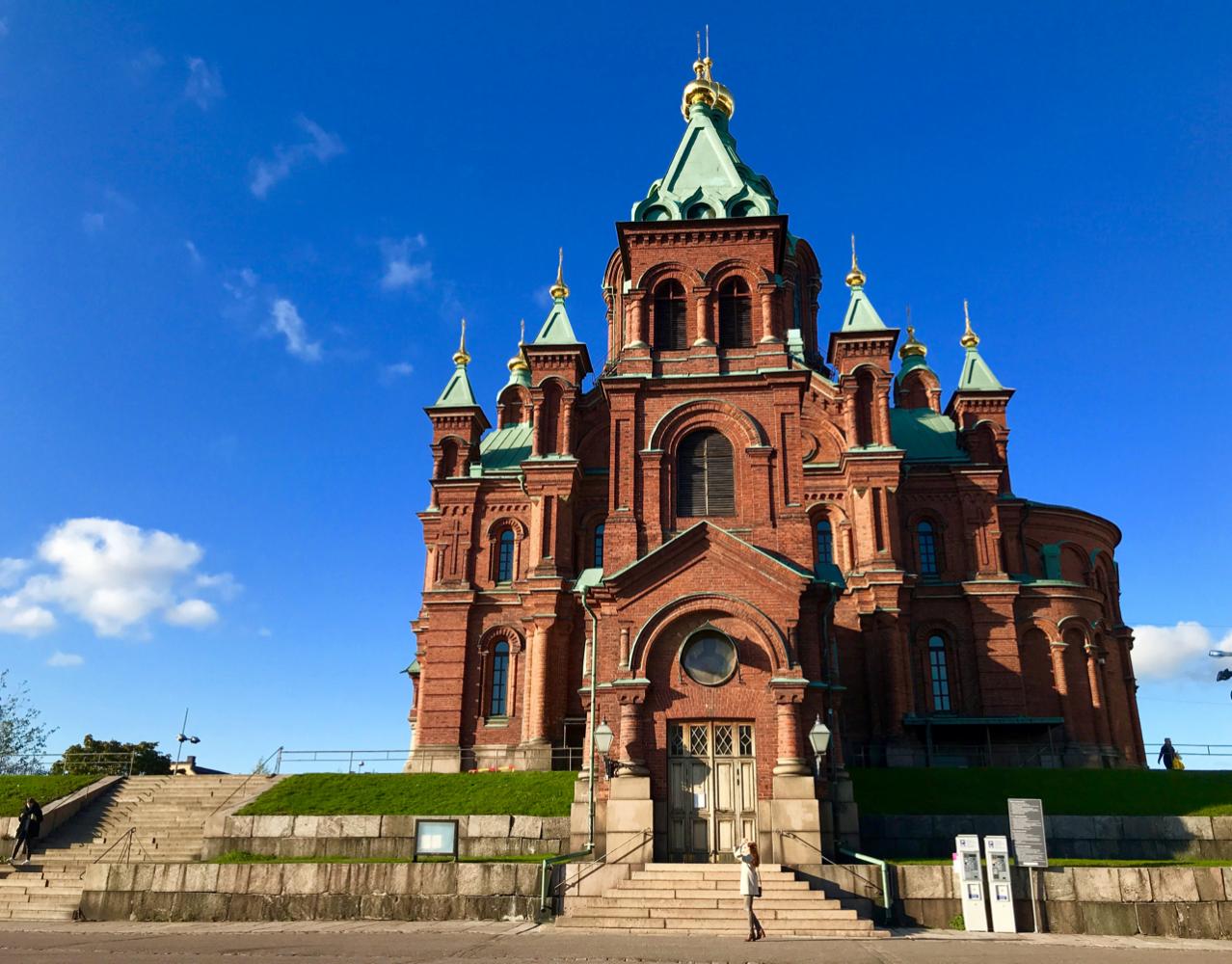 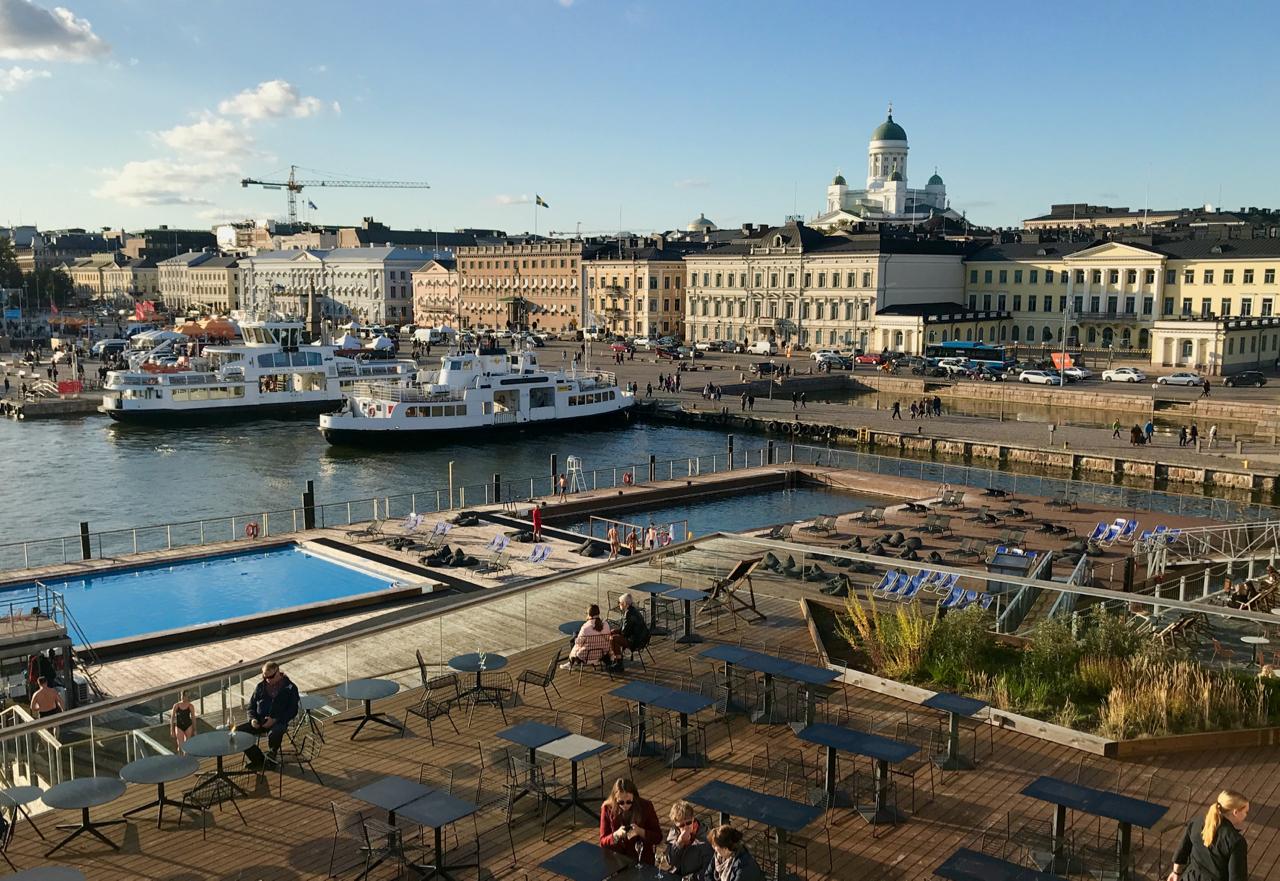 Uspenski Orthodox Cathedral is also known as the Red Church and the Russian Church. Located on a hill by the harbour and Market Square, it was completed in 1862 and is the largest Eastern Orthodox cathedral in Western Europe. From the church, you can take in other sights, such as Helsinki Marina, SkyWheel Helsinki, Allas Sea Pool and Market Square. 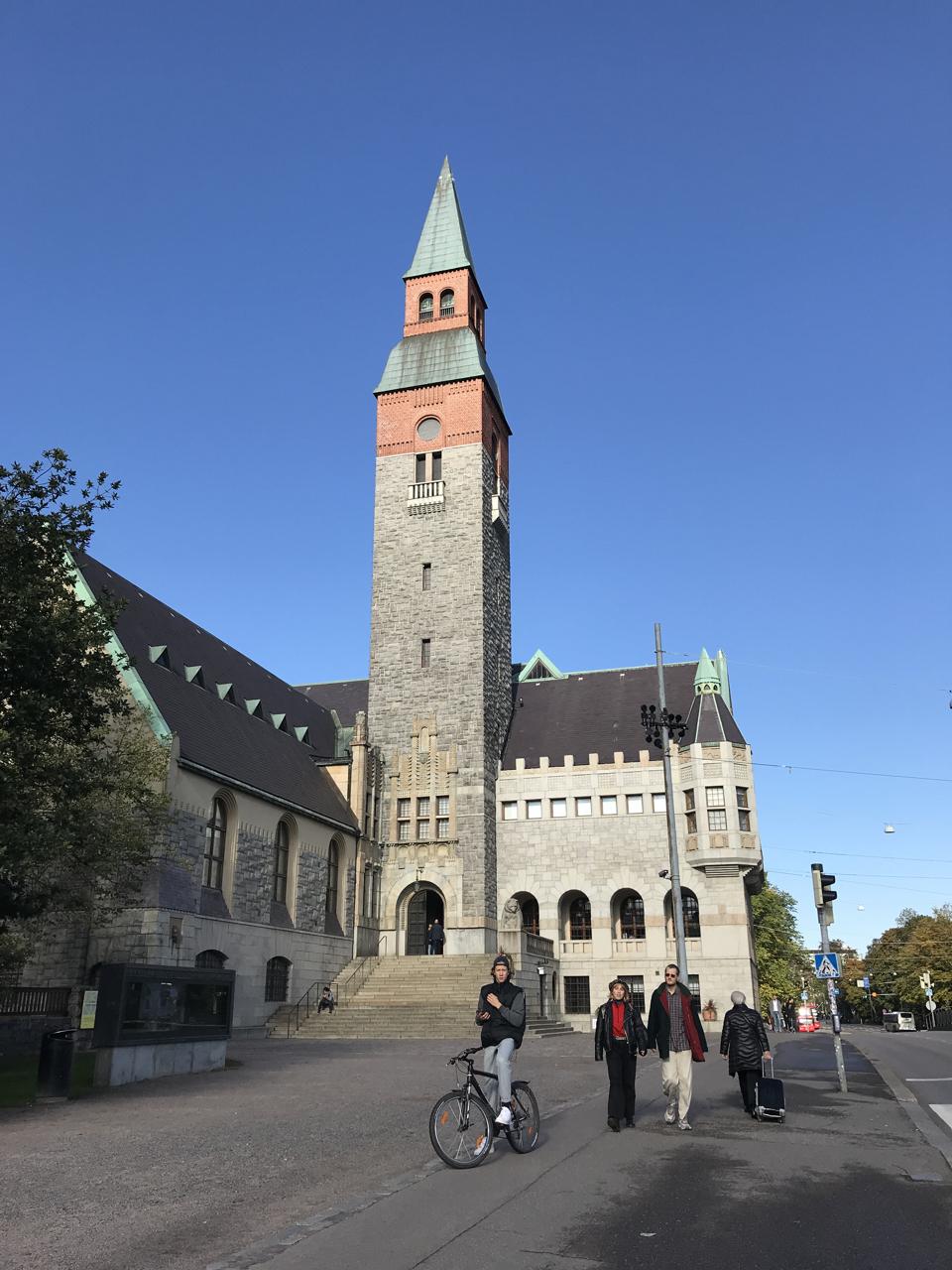 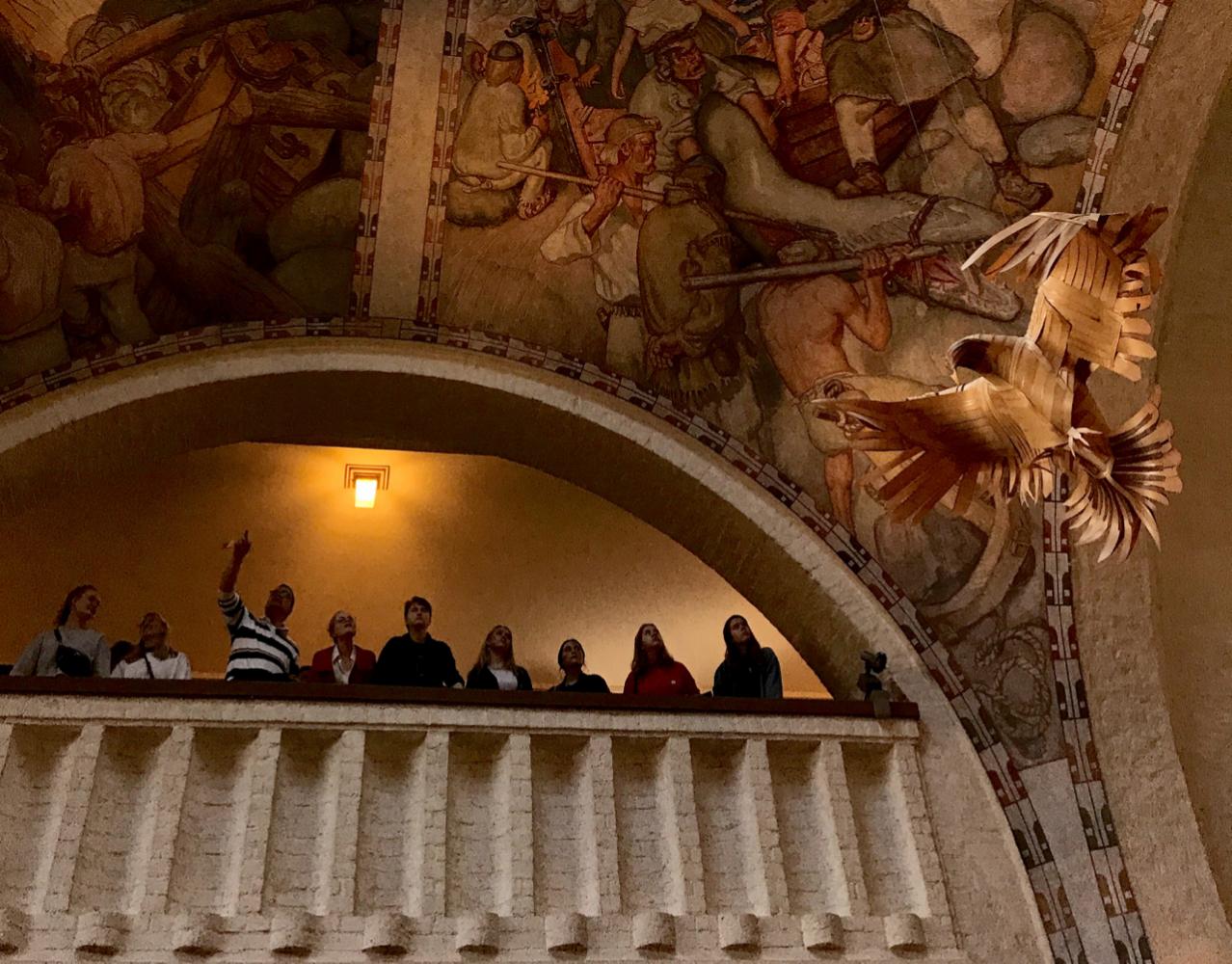 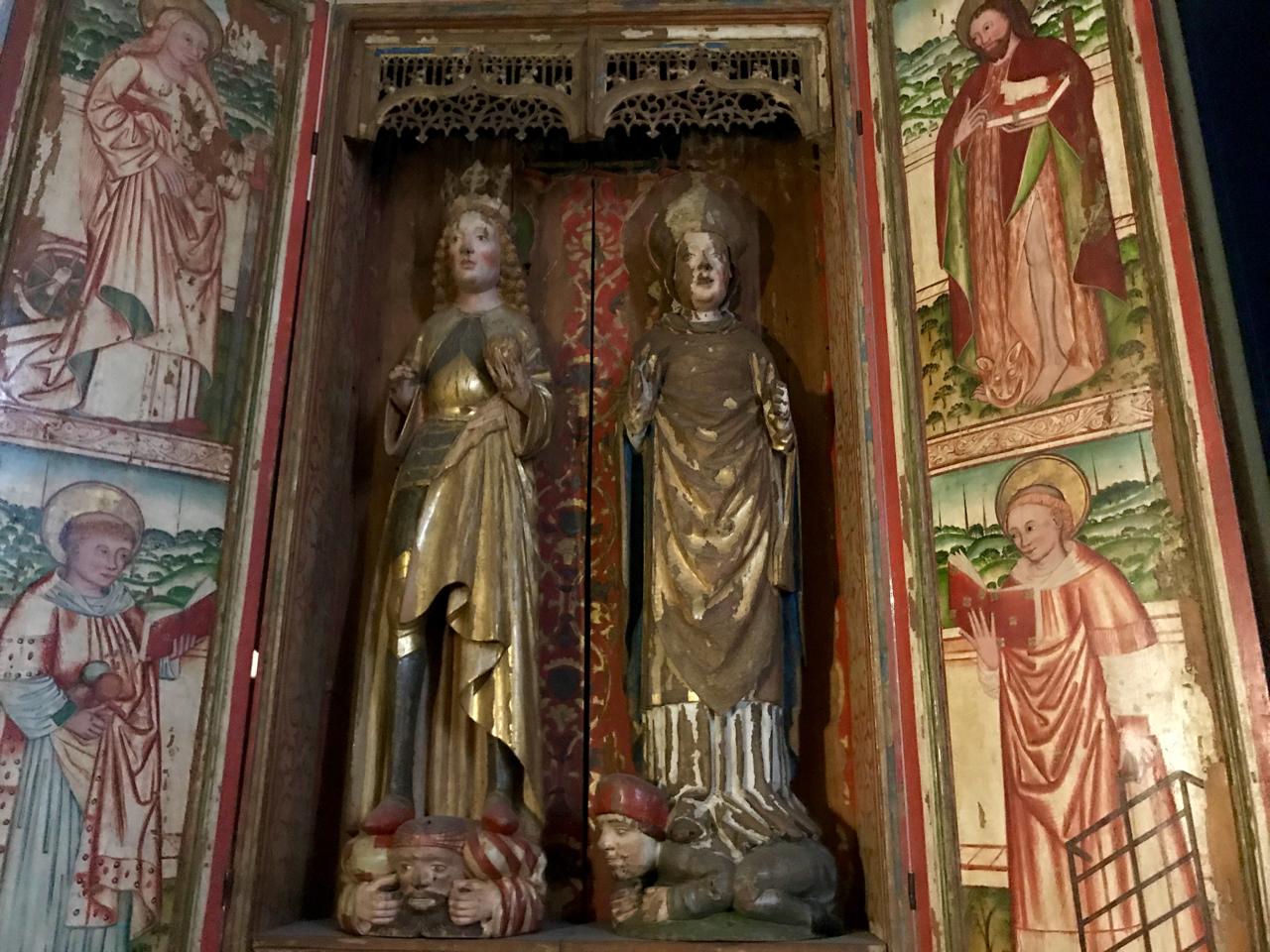 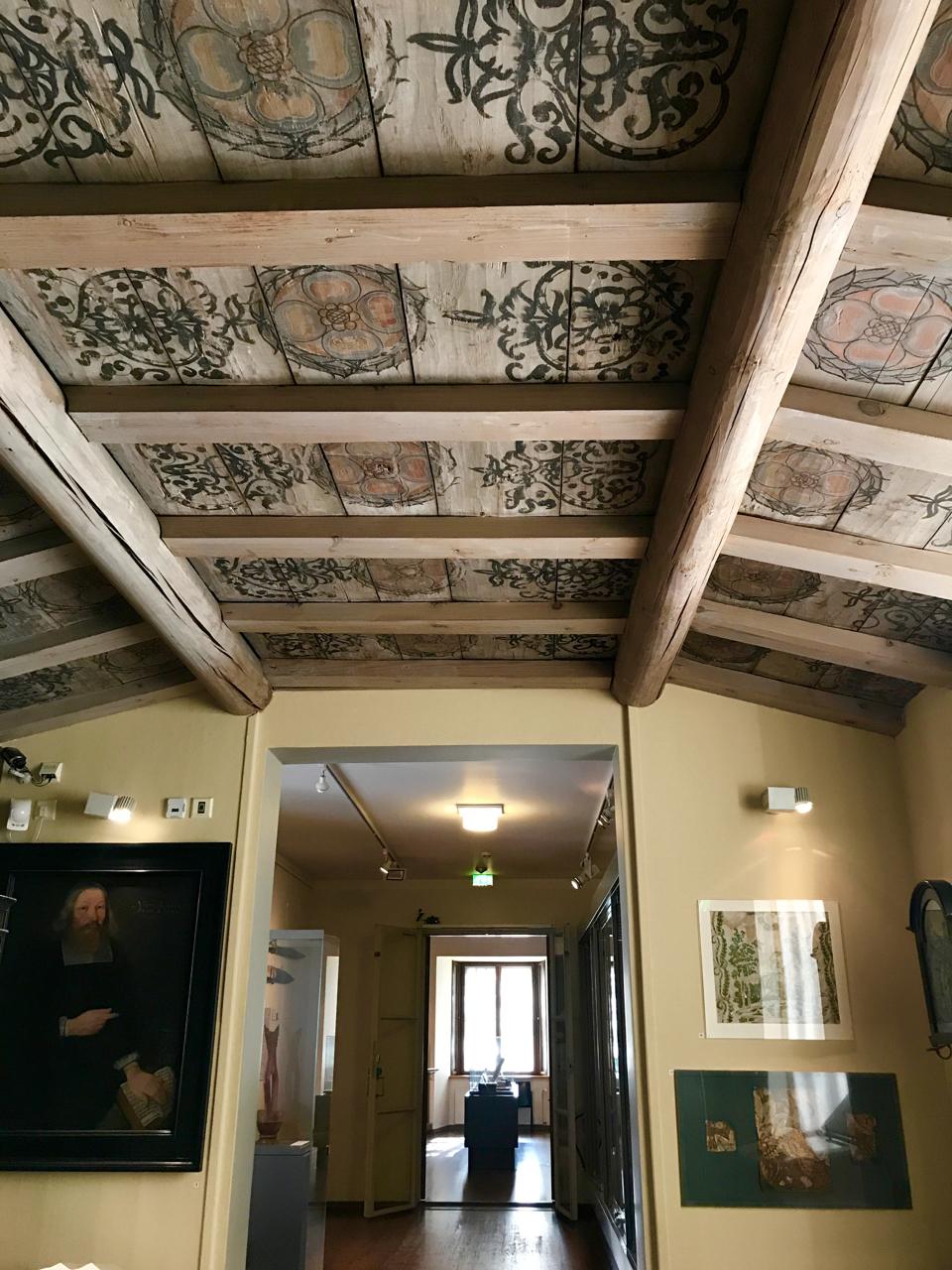 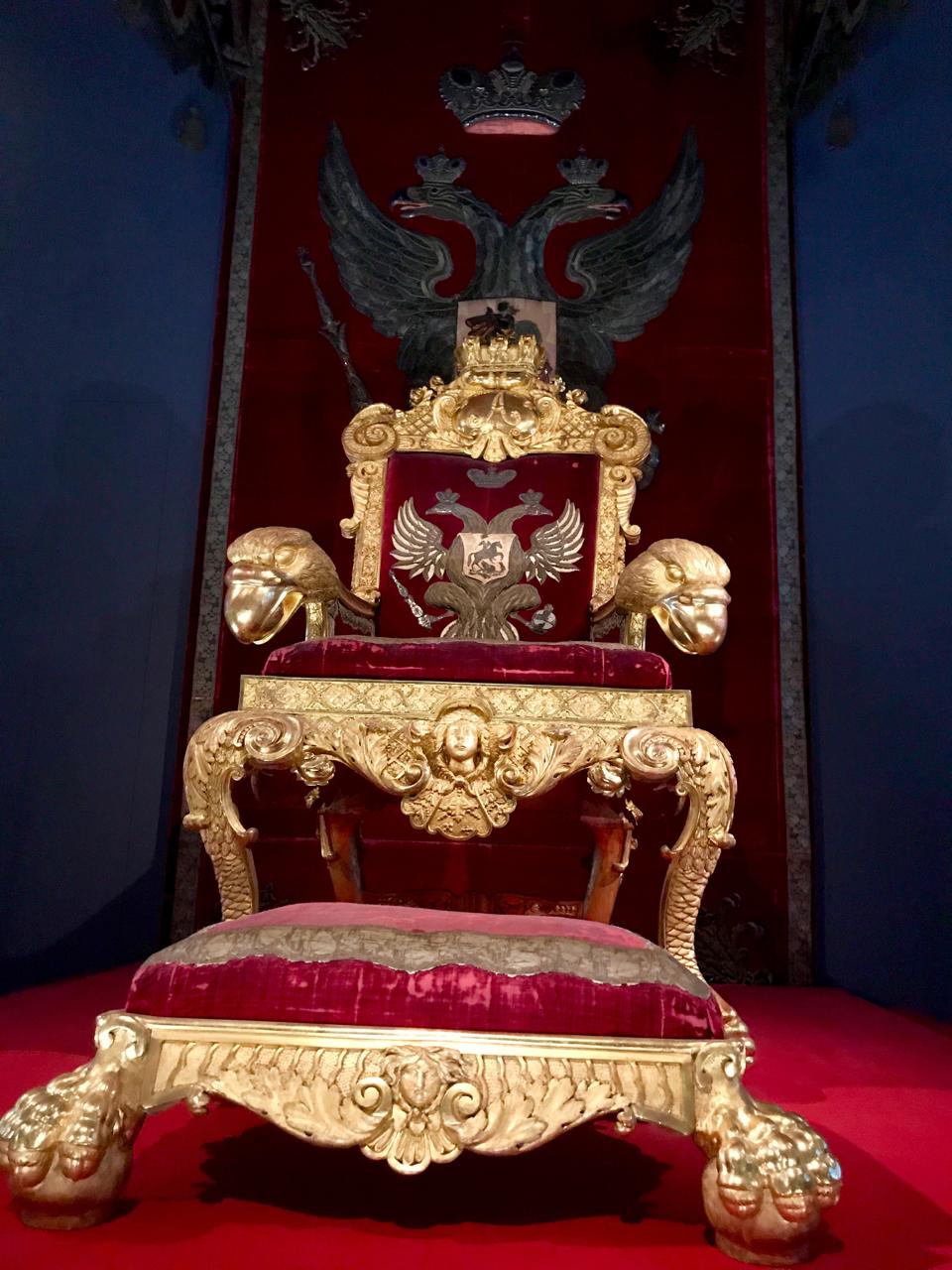 The National Museum of Finland is not to be missed. A short walk from Oodi, it first opened in 1916 and was built in a style known as Finnish National Romantic. Its exhibits include pre-historic collections of tools, small human figures, Stone Age and Iron Age ornaments, and plenty of interesting artefacts relating to Finnish history, covering beliefs, arts and culture from the Middle Ages to the present. 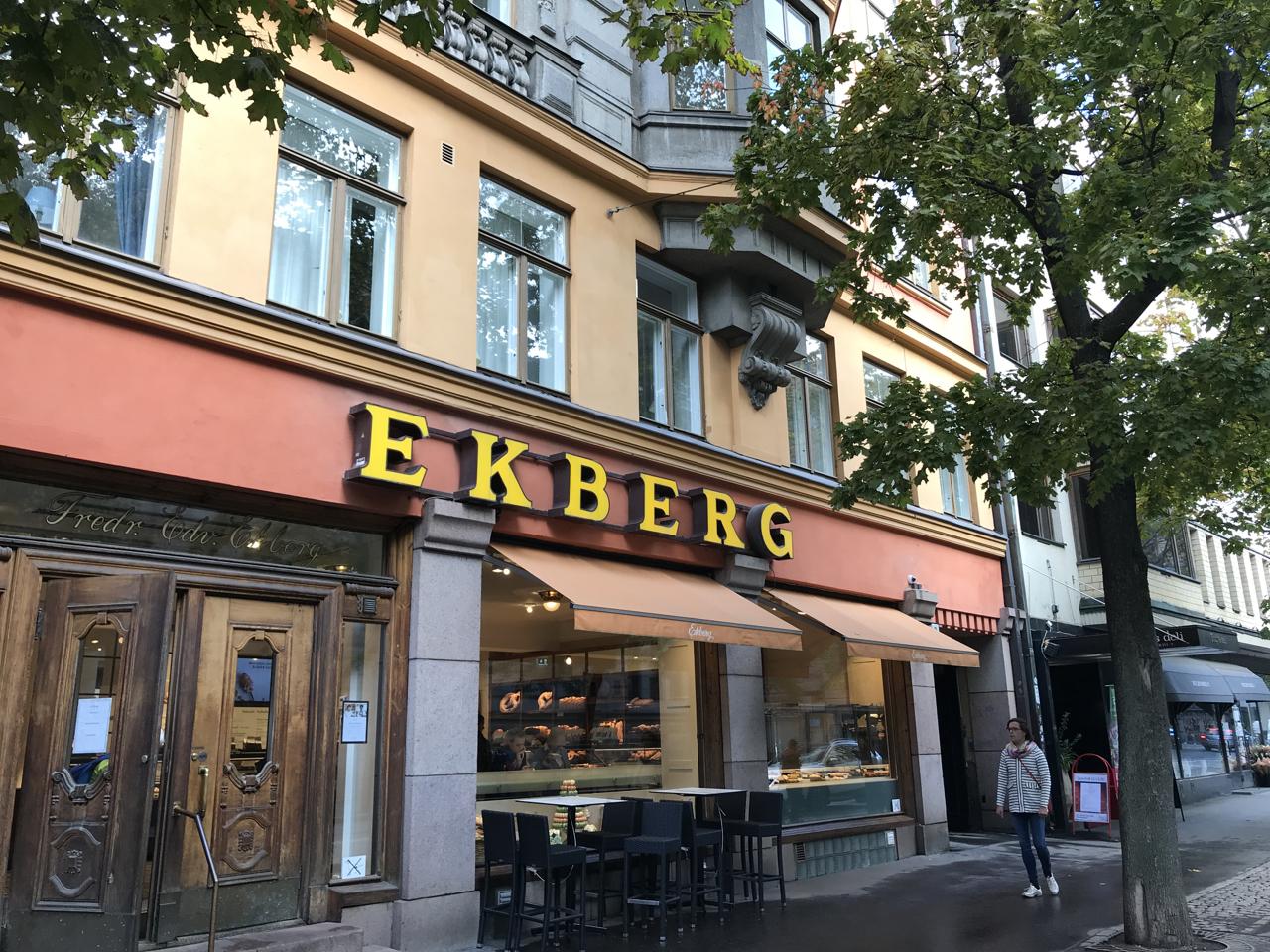 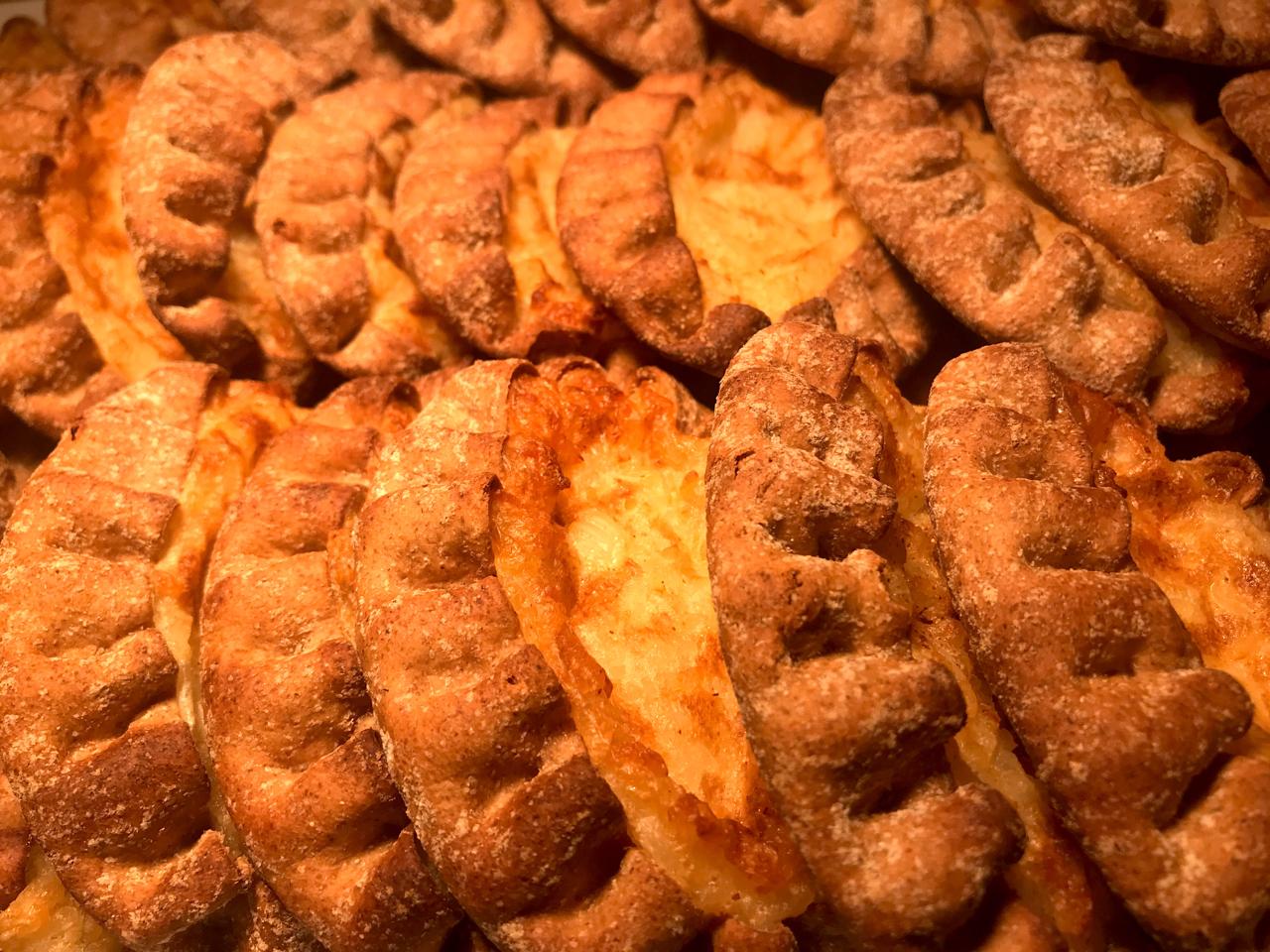 Finns are rightly proud of their pastries. Visitors should definitely try Karelia pie. The oval-shaped, open pastry is topped with rice porridge, potato or carrot. It can be eaten like this or with egg butter made from boiled eggs mashed with salted butter and pepper. Korvapuusti or Finnish cinnamon roll is also recommended. It comes topped with thick granules of pearl sugar. Perfect with a cup of coffee. Among the best places to enjoy the pastries is Ekberg (ekberg.fi/en), Finland's oldest patisserie and bakery. The shop was established in 1852 and manages to blend a classic ambience with a modern look. 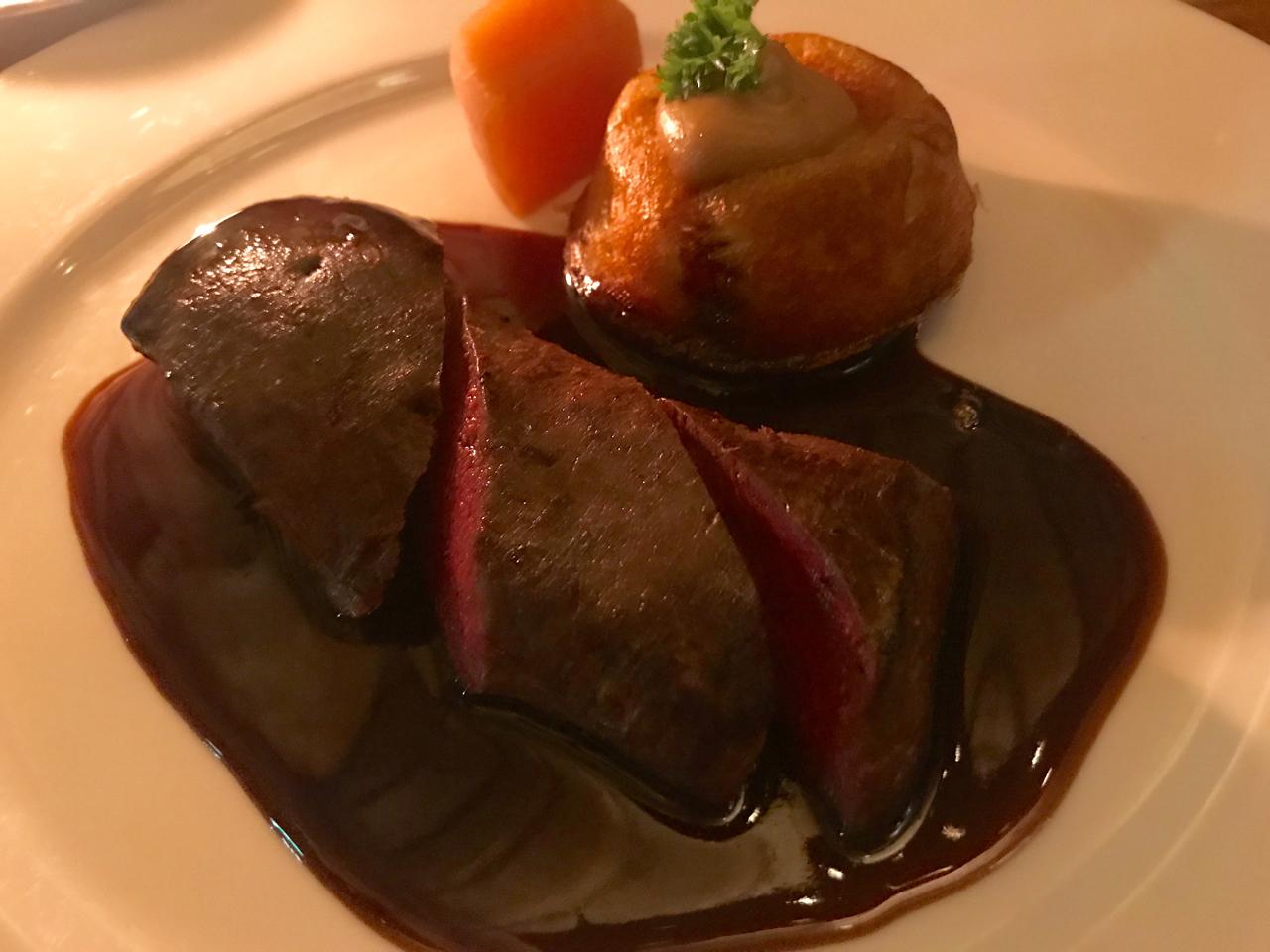 One of Finland's traditional dishes is reindeer venison, which can be served as a steak, smoked cold cut, dry meat or blood sausage. The sausage is typically served with a sweet and sour lingonberry jam. Recommended restaurants to try this and other traditional Finnish foods are Lappi Ravintola (lappires.com/en) and Stefan's Steakhouse by celebrity chef Stefan Richter (stefansrestaurants.com). 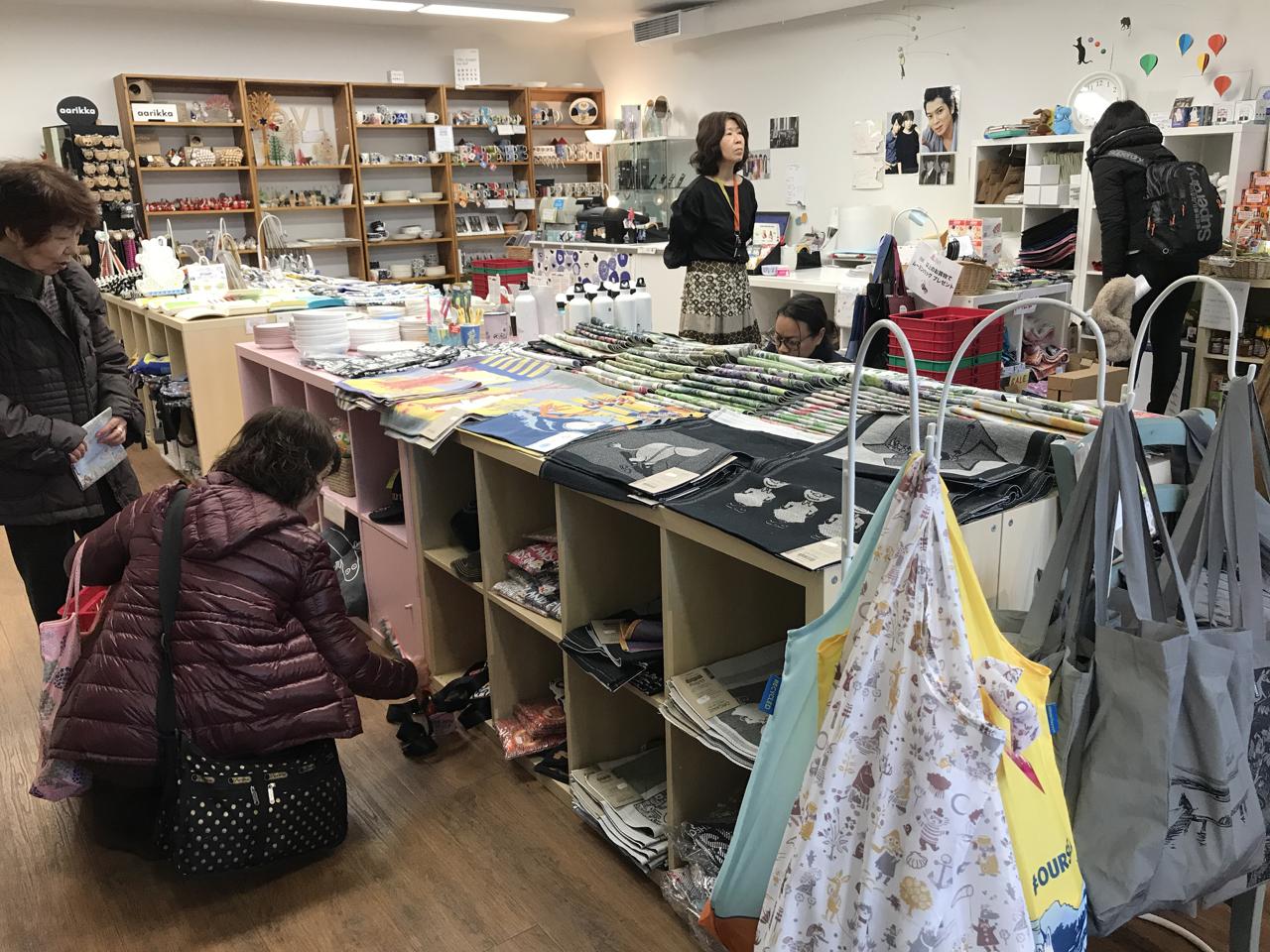 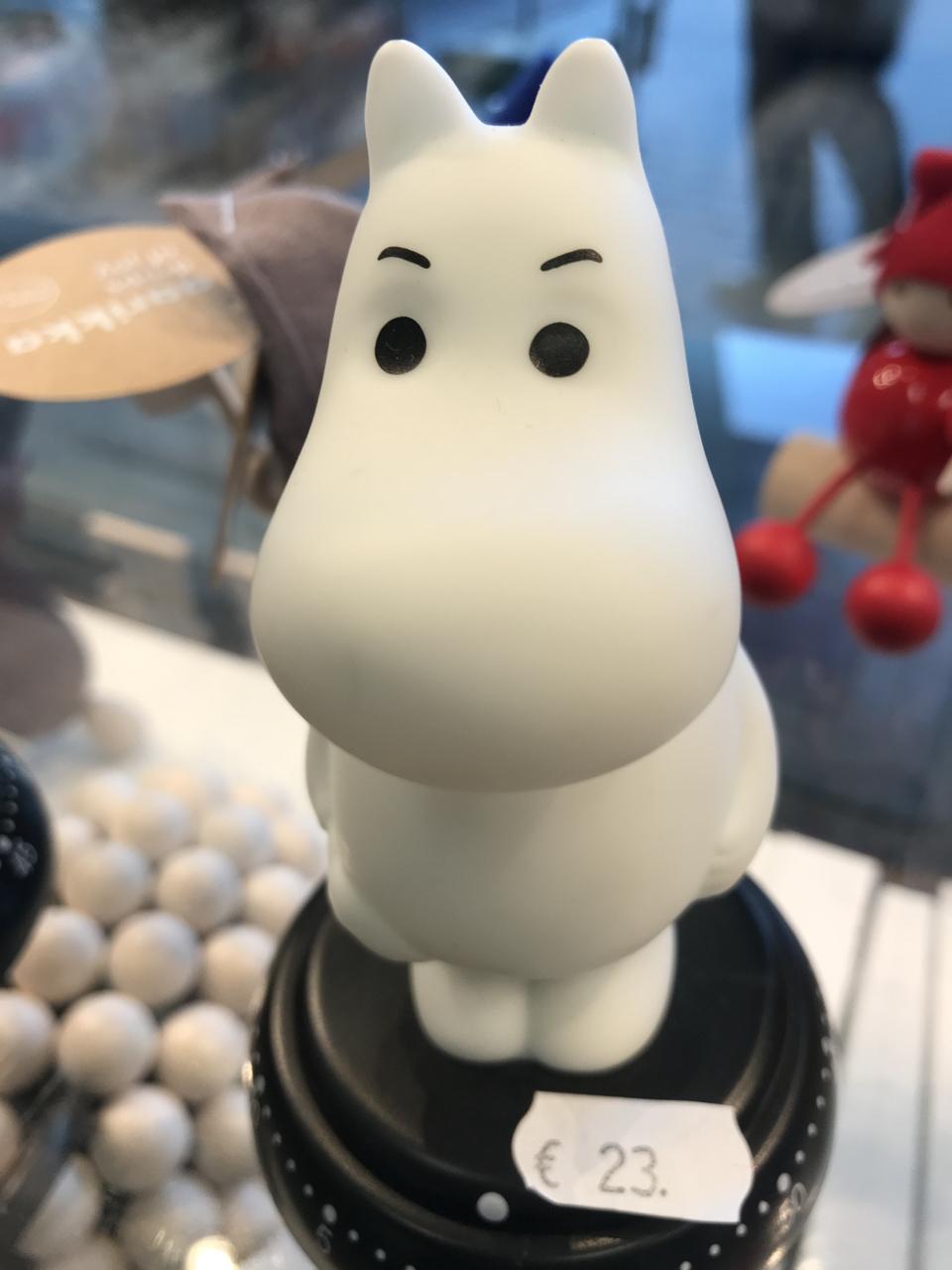 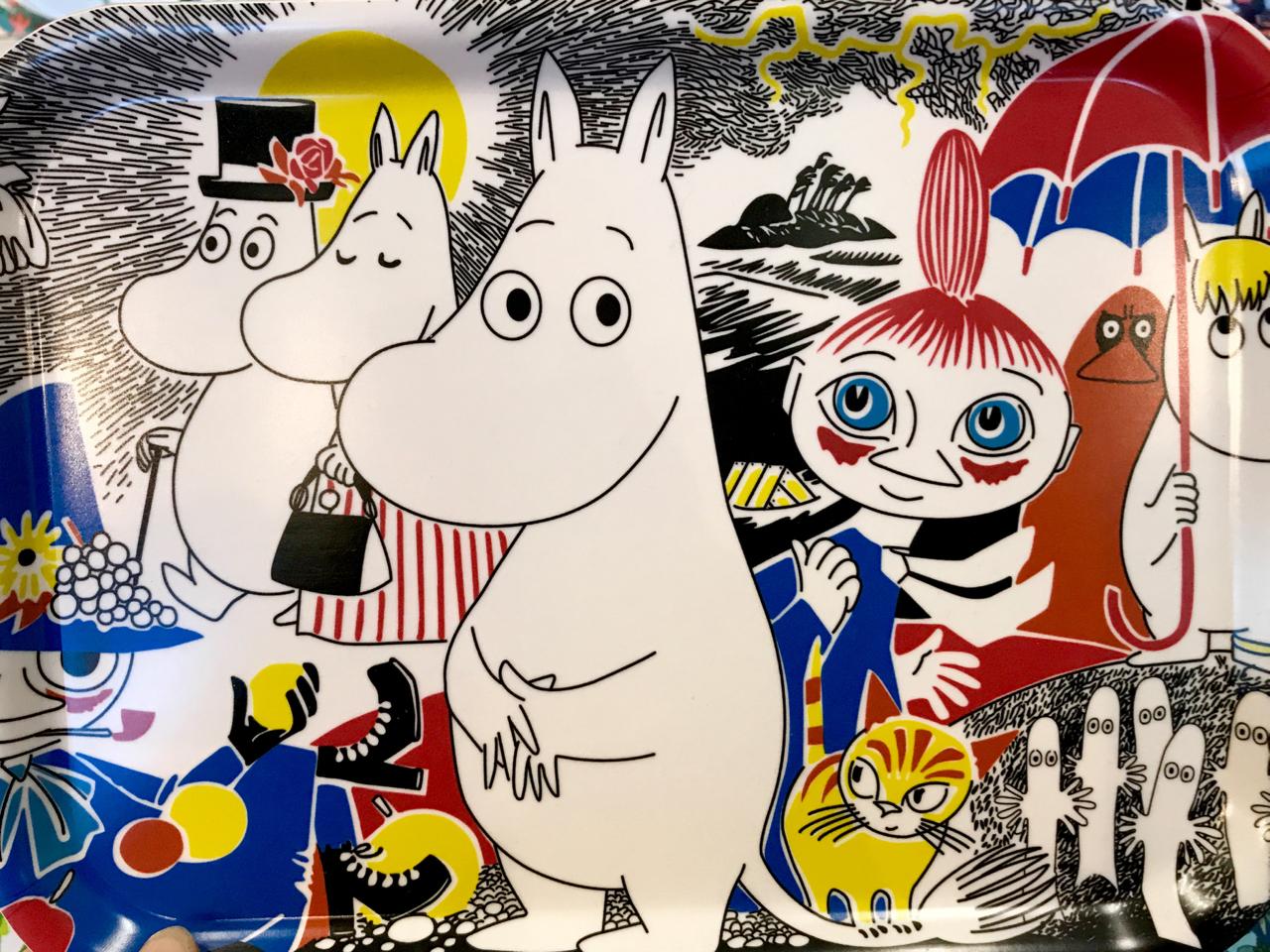 Finland's most famous export are the Moomins, the beloved cartoon characters created by Tove Jansson. Jansson developed the Moomins as a means of escape during the war between the Soviet Union and Finland. Moomins are hippopotamus-like white trolls. The first Moomin book was published in 1945 and the characters later had their own book series, cartoon strip, animated movies and animated TV series. The theme park Moominworld opened in Finland in 1993 and the Moomin Museum opened in 2017. Moomin books have been translated into 44 languages. 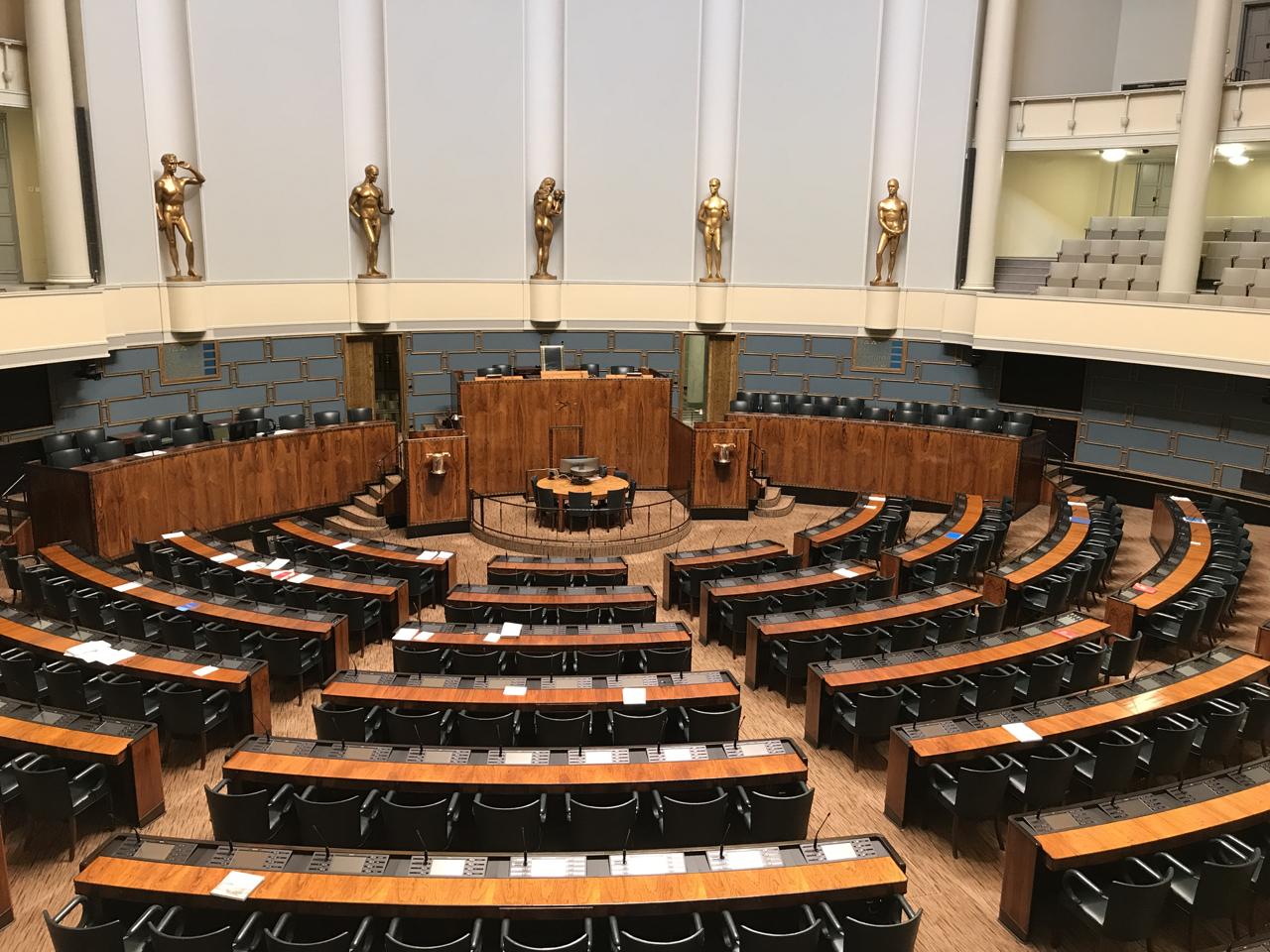 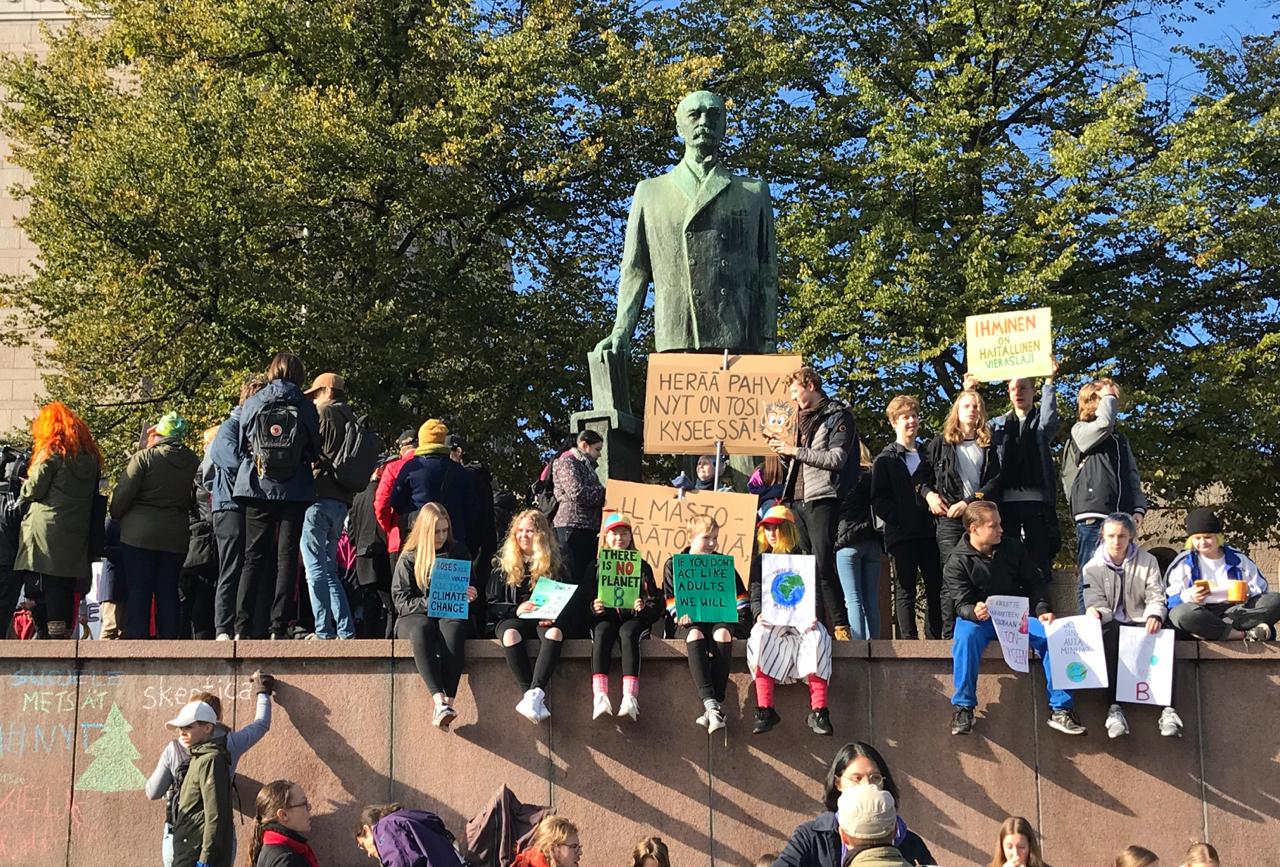 Hundreds of climate activists and youths gathered in front of Parliament House last Friday to raise awareness of the climate crisis and demand a carbon-free welfare state. The protest started at about 10am and finished around 2pm. Parliament is also open for public visits and group tours of six to 25 people. Visit eduskunta.fi. 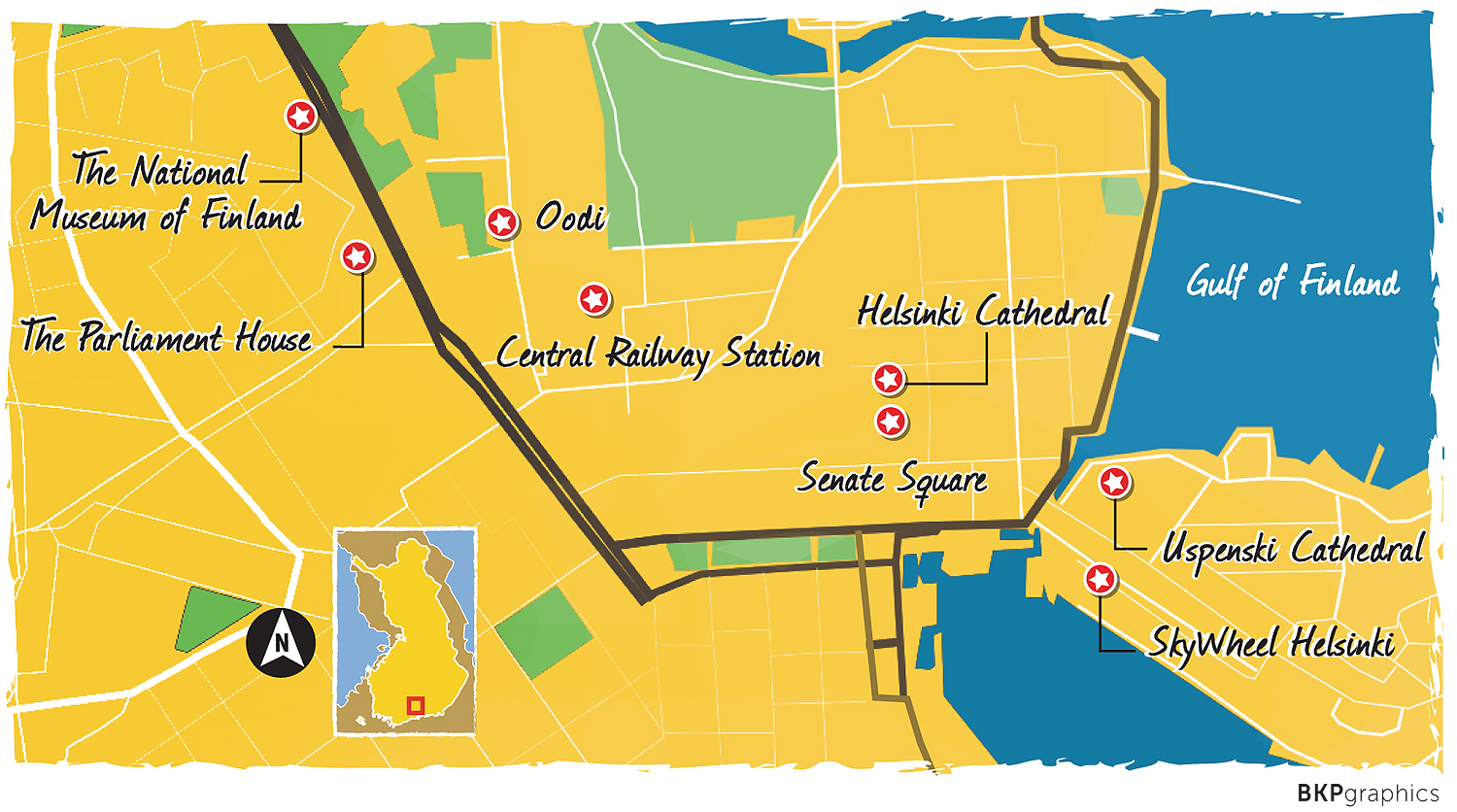