Jakkaphong Jakrajutatip, this year's Asia Media Woman of the Year, wants other transgenders to live full and open lives. 'We don't have to hide,' she says

Transformation is the key to survival, both in life and in work, according to Jakkaphong "Anne" Jakrajutatip, CEO of JKN Global Media, who was recently awarded Asia Media Woman of the Year at Content Asia Summit 2019 in Singapore. She is the first Thai person -- and also the first transgender woman -- to win the award.

It's not often we hear a success story when it comes to transgender women. And in a world where the trans population still face regular discrimination and obstacles in life, Jakkaphong is among those that managed to rise to the occasion and go above it all.

Jakkaphong was told since she was young that LGBTI people can never have a good future. Now, at the age of 40, she commands the content distributing the JKN empire and is also a billionaire. Life recently met with her at JKN offices in Salaya -- a place of both extravagant vibrancy and reverence filled with artworks, sculptures of Hindu deities, luxurious brand-name items, portraits of King Rama IX, and more from her extensive personal collection.

When we entered the room, Jakkaphong was finishing with her make-up artist. All the while, she gave quick but precise work instructions to a number of staff around her. Her family used to operate a video rental business, and that was the place that exposed Jakkaphong to international content beginning at the age of five.

"In this world, one thing you have to do is you can't stop moving forward. You can't complain about transformation. It is the key. You have to be able to live with change and progress, especially in content business. People always come and go. Analogue turns into digital. Home entertainment turns into video on-demand," she said. "Platforms keep changing. You can't just stick with one. If you don't keep transforming, you will be in danger."

In her youth, Jakkaphong studied at an all-male school. She said she was sexually harassed by a teacher, and was also mocked by friends for her gender identity. At home, she was an eldest son of the family. Being fed up with Thai education, she quit to study in Australia where she worked at a gas station to support herself.

"It's about being street smart. You learn from interacting with people. That is my transformation. And the fact that I'm born as a transgender woman means I'm transforming all the time," she added. 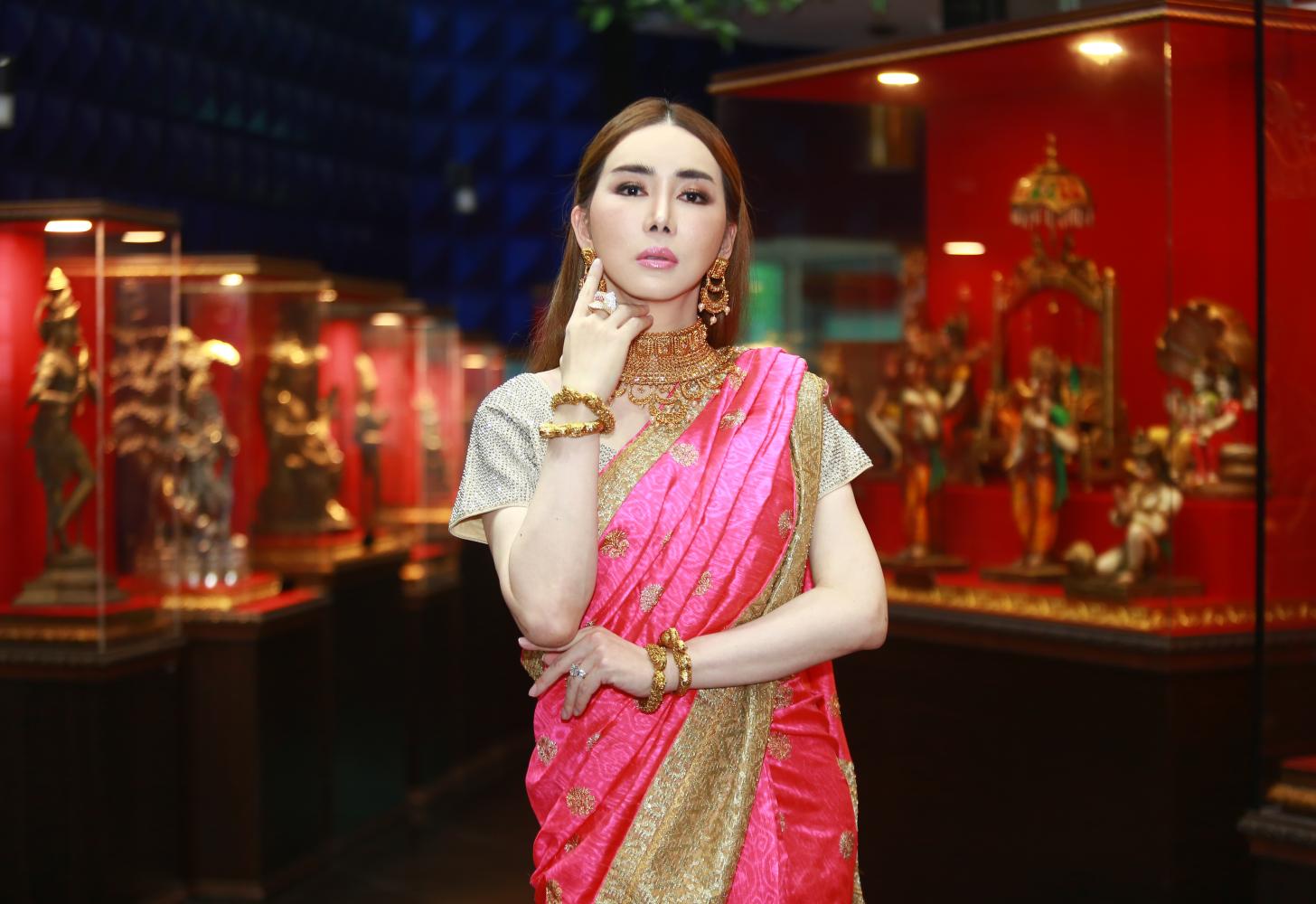 When Jakkaphong returned to Thailand, she began distributing documentaries and, over the years, that small yet ambitious start soon expanded to content from South Korea, Japan and Hollywood. JKN is also one pioneer that brought Indian series to fame on Thai TV, which earned Jakkaphong the nickname "Queen Of Indian Content". The company also taps into series from the Philippines, which she believes will be popular.

But this is not where JKN stops. The company also partners with Channel 3 to export their content overseas. In news, JKN is the sole licensee of CNBC Asia in Thailand and now produces news programmes for different channels. There is also the upcoming River King complex, a community mall project that will soon be unveiled in Salaya.

Jakkaphong is undoubtedly a busy woman, always with projects on hand, and she shows no sign of slowing down. Another recent project she became passionate in establishing is the Life Inspired For Transsexuals (Lift) Foundation, which is now campaigning for a law that would allow transgender people to change their title and gender after undergoing sex reassignment surgery. The foundation has acquired 10,000 signatures in support of the proposed law.

"I'll give it two years as we have to go through the parliament first. I'm confident the law will pass. It's about improving our country to the world stage, and there's no reason not to do it when 80 countries around the world have already recognised this," she said.

Jakkaphong is vocal about her transgender identity. And while some may compare it to a curse or sin, she takes it as a blessing.

"Thank god for making me a transgender woman."

One life mantra she insisted on living by is: duty comes before one's rights. She built her empire, and only after succeeding, she finally got herself a sex reassignment surgery.

While she revealed she has got all the necessary operations for her to look the way she does -- an amount worth some 40 million baht -- she said she's not changing her voice, or even her quite manly name, to make her more feminine.

"I always tell younger kids that they don't have to pretend [to be passed as cisgender women]. For me, I want to show everyone that I'm proud to be a transgender person. I'll tell you that from the moment we meet. Don't get too shocked. It's nothing strange. I want to show the world that it's not necessary to alter one's voice. People have to be able to accept it, and it's time they are educated."

"We don't have to hide," she insisted.

Living unapologetically, Jakkaphong aims to be a living example for others. She's also extending opportunities to other transgender women and men. Lift Foundation plans to give out scholarship for 10 recipients per year.

"Go study, make a living, save up, get yourself a surgery, and then get your legal title changed," she gave a list. "If you're really determined, you can do it. I'm not giving money away just so people can get their operations done."

Jakkaphong is well aware of her fame and influence, and that's partly why she takes it as her responsibility to stand up for improved transgender rights.

"I want to lead, teach and inspire people," she said. "If not me, who will? When you're successful, you have to do something for society too."