All the Fun of the fair
Life
Social & Lifestyle

All the Fun of the fair

published : 10 Nov 2019 at 04:01
newspaper section: News
writer: Story and photos by Patipat Janthong
ready for action: The Golden Mountain at Wat Saket is covered with a bright red cloth to signal that the annual 10-day temple fair is getting started.

It is a chance for Thais and foreign visitors to enjoy some old-fashioned amusement fair-style fun at the temple in Bangkok, set amid the city's shopping malls and skyscrapers.

The fair is normally held a week before the Loy Krathong festival which is being held tomorrow this year. The temple allows visitors to float their krathong at Khlong Maha Nak, a historical canal in the local area.

Inside the temple fair, which is the biggest such event in the capital, visitors will find stalls selling a variety of food, snacks and desserts.

There are also many rides and attractions for people to enjoy. These include a shooting arcade where toy dolls are the prizes, a merry-go-round, a Ferris wheel and a haunted house.

The fair is being held while the temple hosts its annual traditional activities to worship Buddha relics that it keeps there. Among the religious activities, covering the golden chedi, also called The Golden Mountain, with a bright red cloth is the most famous and is widely known among Buddhists.

Wat Saket is located just a stone's throw from the famous Khao San Road which is a popular area for nightlife among both young foreign tourists and Thais. 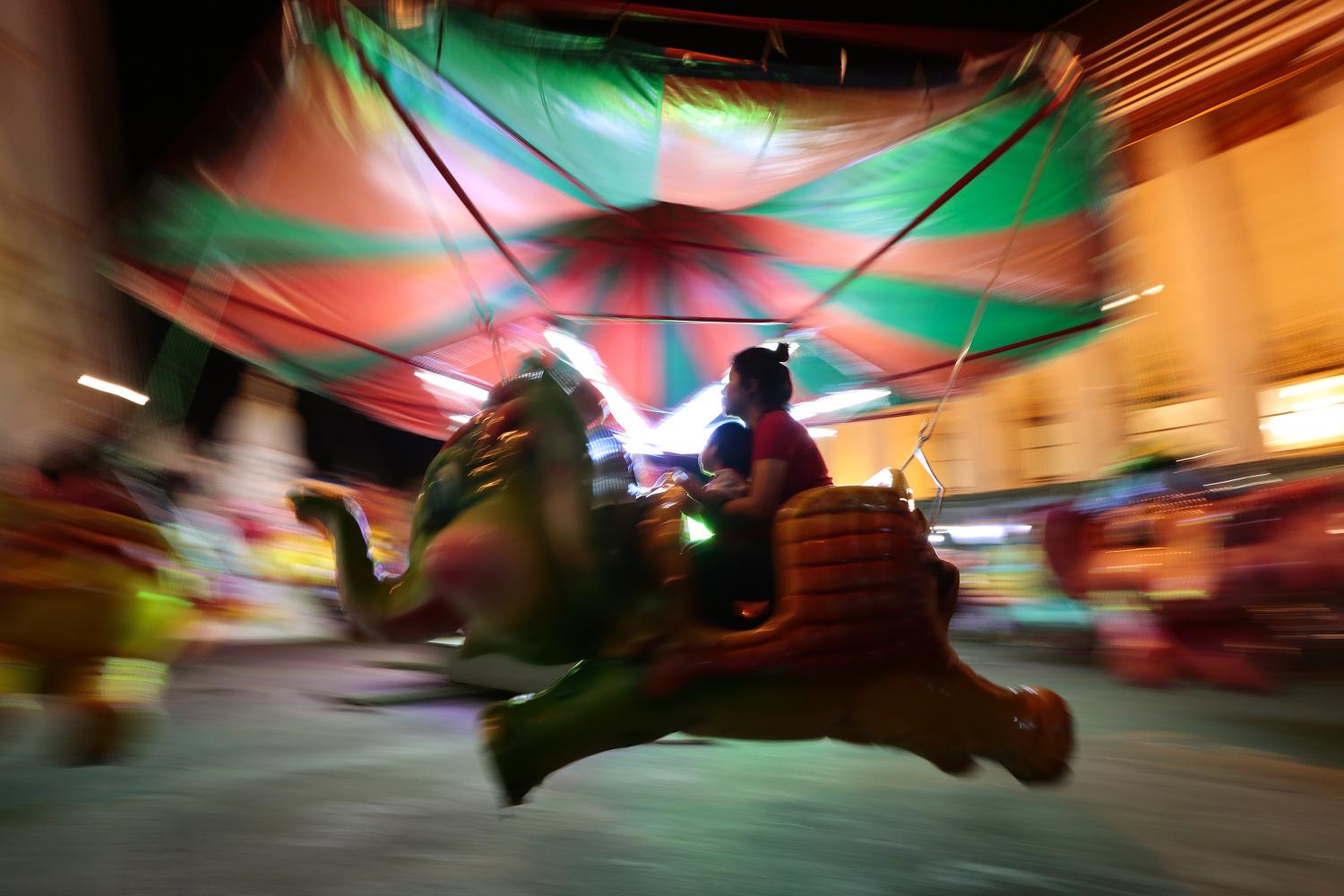 all aboard: The merry-go-round is a popular amusement ride at the temple fair. 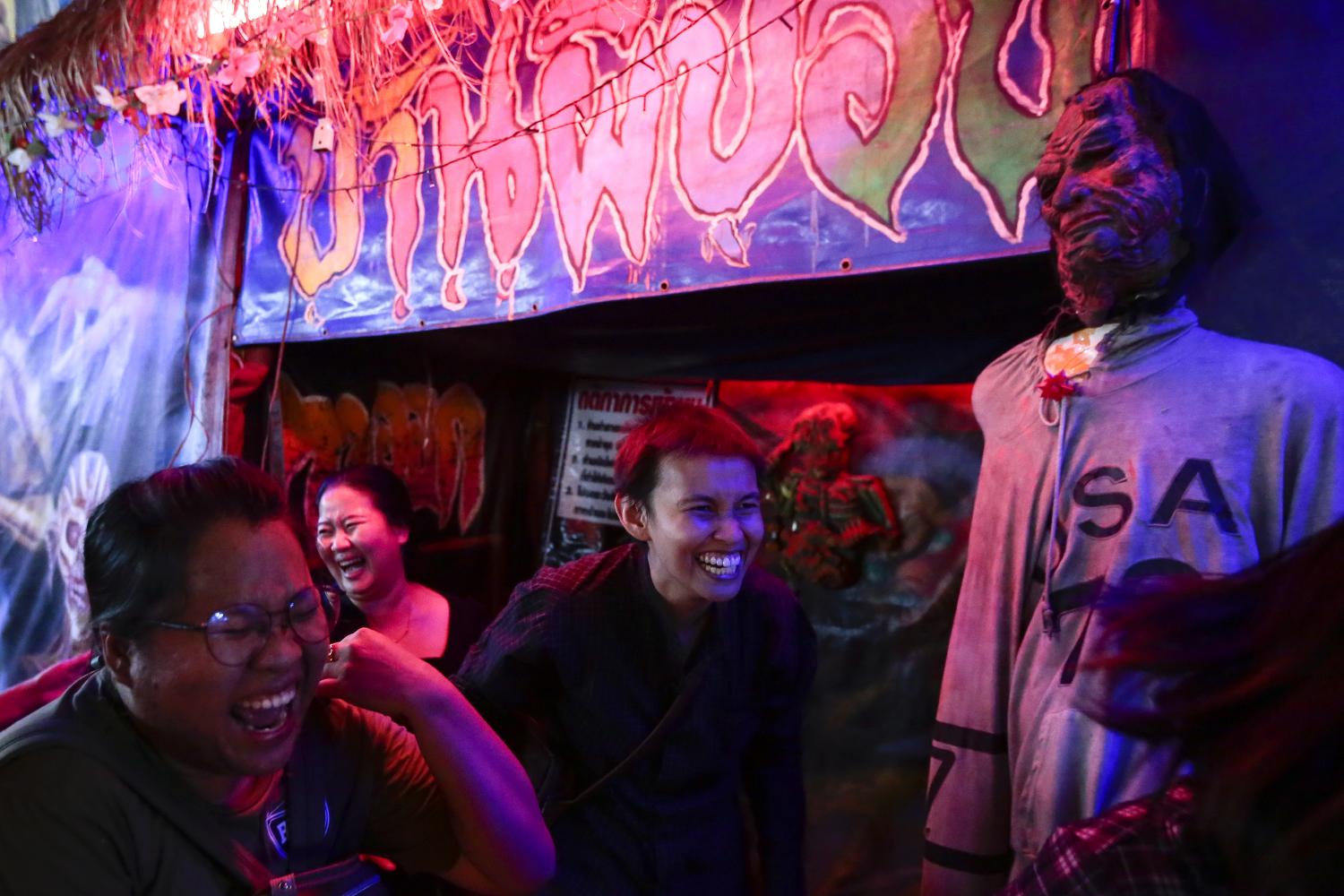 thriller night: A group of people seek a scare at the haunted house. 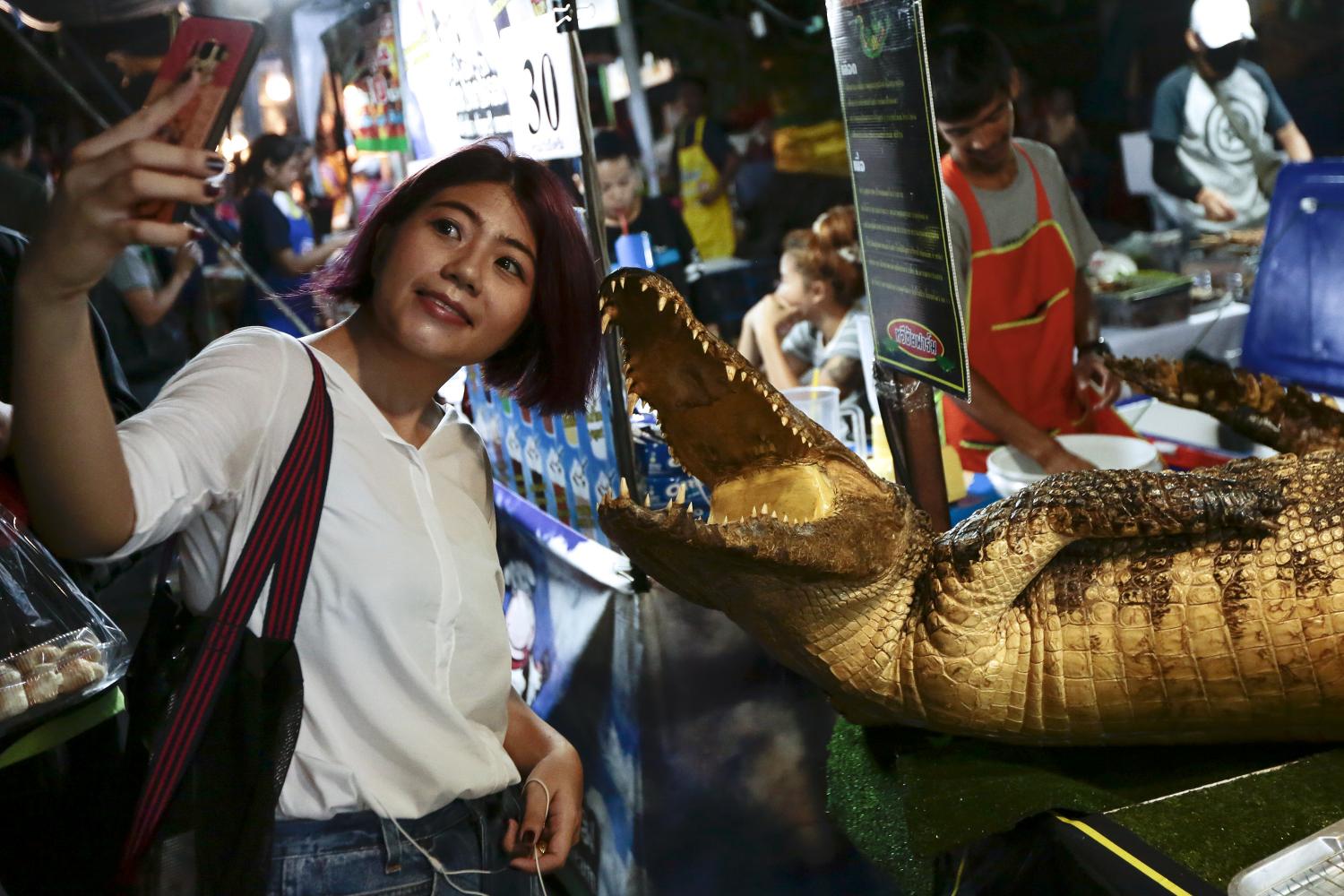 Snap: A woman takes a selfie with a mock crocodile in front of a stall selling grilled crocodile meat. 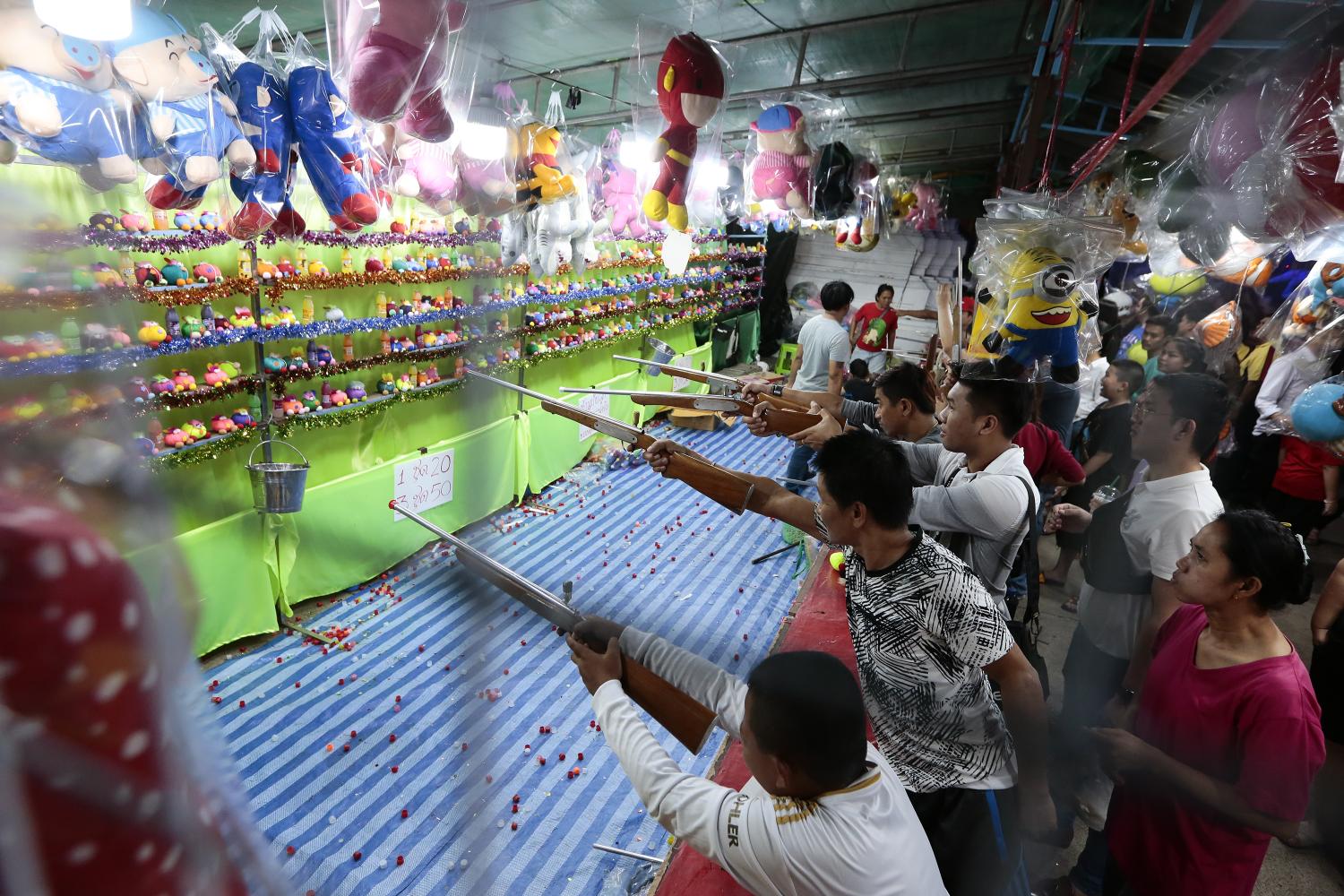 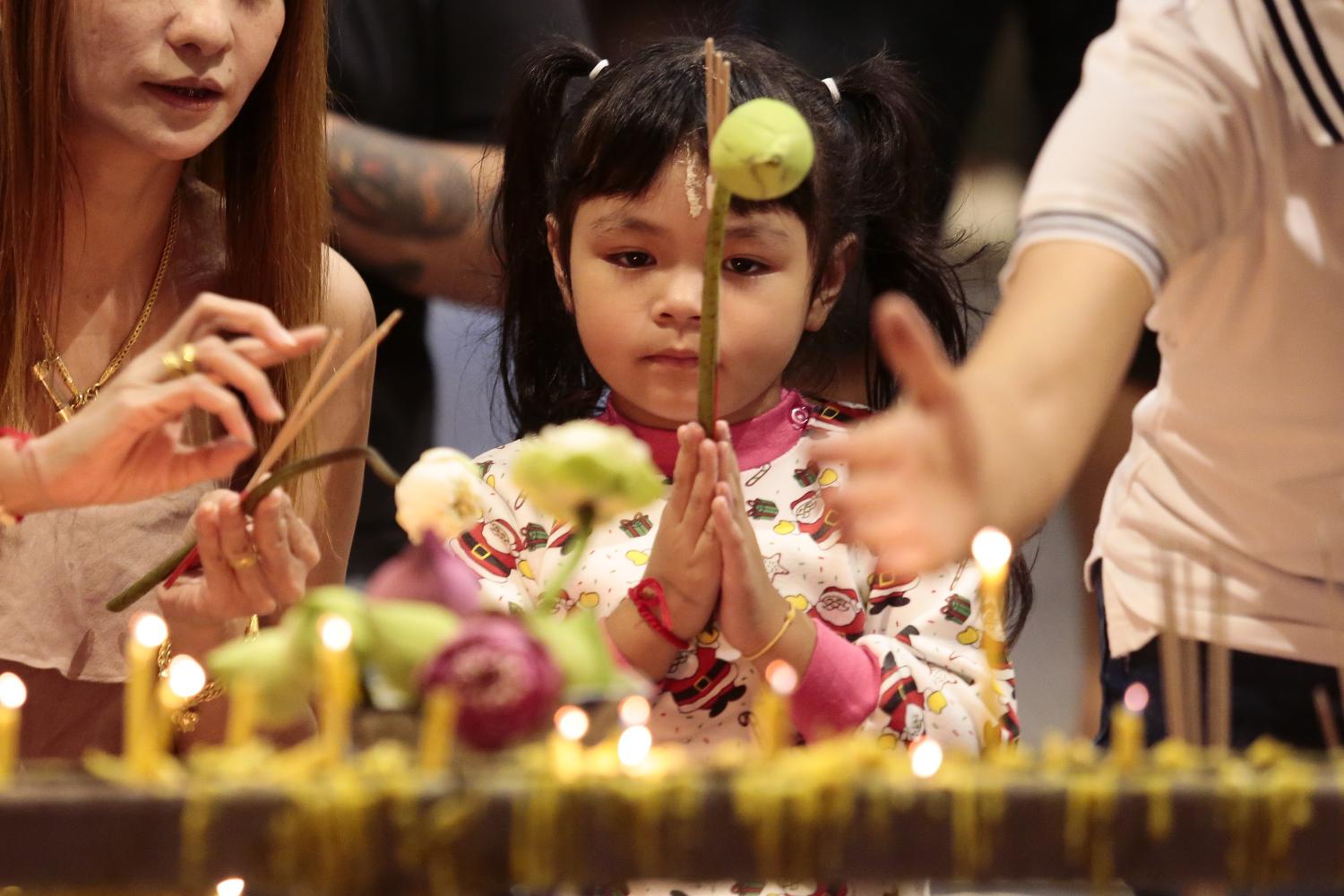 wish upon a star: A girl holds a lotus flower and makes a wish as incense candles burn.