Into the clouds
Life
Social & Lifestyle

The pounding sound of a pestle and mortar was clearly heard from the raised-floor wooden house of Nako Praipethratip. The sound was accompanied by conversation and laughing, but I didn't understand any of the words that I heard. 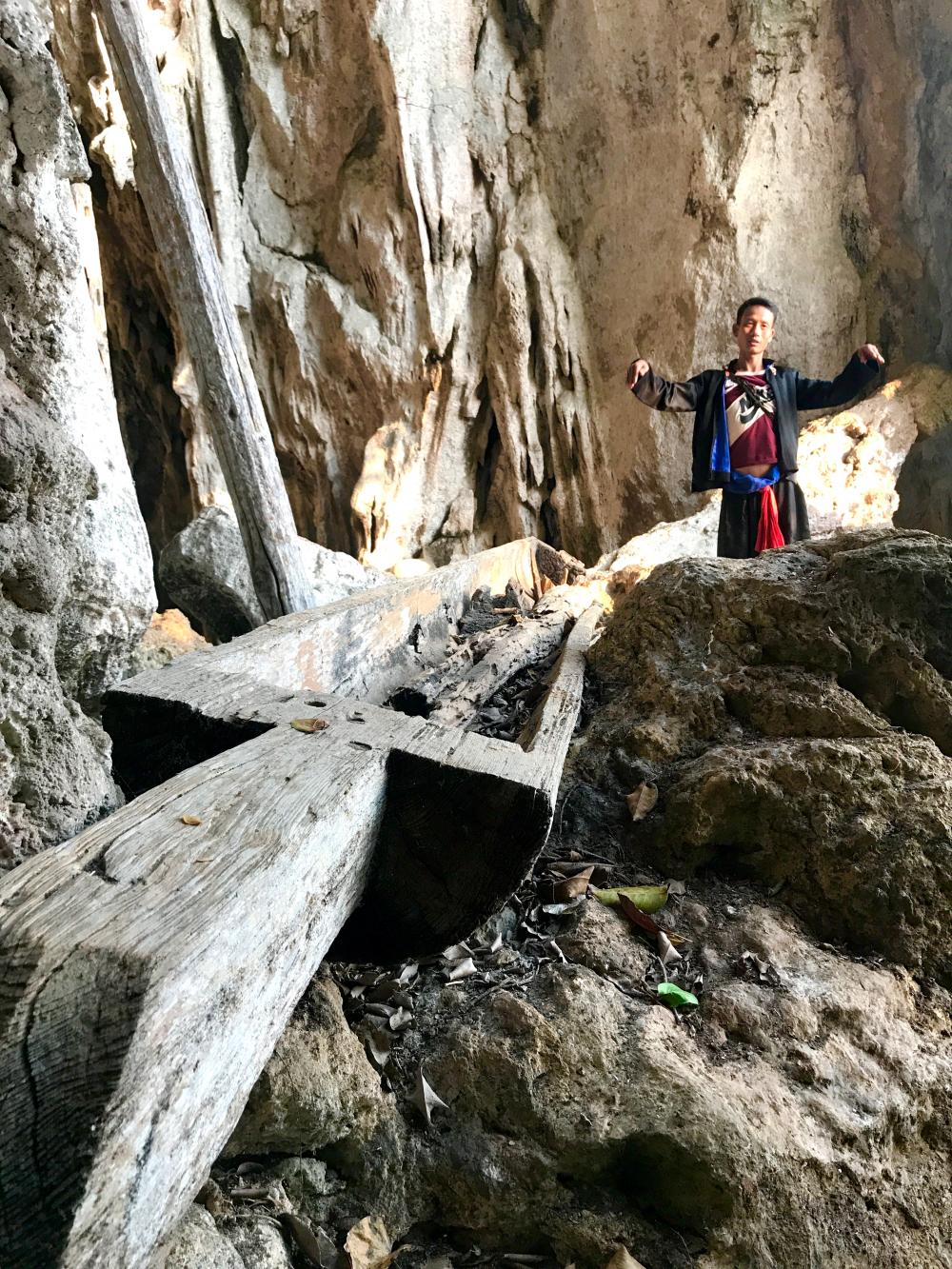 A guide is needed to visit Tham Phi Man. The cave houses several ancient wooden coffins, some of which are still in good shape with a cover. Each was made by hollowing out a hardwood trunk like teak. The coffins can be dated back to the prehistoric period. Karnjana Karnjanatawe

My friends and I were sitting on a balcony, an outdoor living area of Nako's house. She was my homestay host. Her house was in Ban Jabo, a village of the Lahu, an ethnic group in Mae Hong Son's Pang Ma Pha district.

"Our village used to be in Ban Huai Yao, about a kilometre from here. It was in a valley with fertile land where the Huai Yao stream ran through," said Nako. However, the people deserted the village 50 years ago after too many died from malaria.

They moved to four different communities. One of the groups led by an elderly man named Jabo Prainetitham settled on a hill overlooking a valley.

"We live here over the hill because there is always wind and that helps blow away mosquitoes," she said, adding that since that time, the village was called Jabo after the name of the village head.

About 40 years ago, the Thai-German Highland Development Project was introduced to the village to help develop the community. "At that time, we grew opium poppies for a living. I remembered seeing opium poppy fields everywhere around our village," recalled Nako.

The development project brought in knowledge about highland farming. The village also received support from the royal projects. They gradually changed and started growing cash crops like highland rice and vegetables.

"When I was 11 years old, I walked with my family to see King Rama IX when he made a royal visit to Ban Rai, about 11km from our village. Many people were waiting for his visit. My family and I were in the back of the crowd. What I saw was only the helicopter," she said and laughed. Thanks to the development projects, the lives of Nako and other people in her village gradually changed for the better.

Later, a road was constructed through the village, followed by other basic facilities like electricity and a water system. A school also was built. Like other hilltribe villagers in the North, people in Ban Jabo received a coin from King Rama IX to indicate that they were Thai citizens. The coin was engraved with a picture of the late king on one side and running numbers on the reverse side. They were used as identification until proper ID cards were later issued. 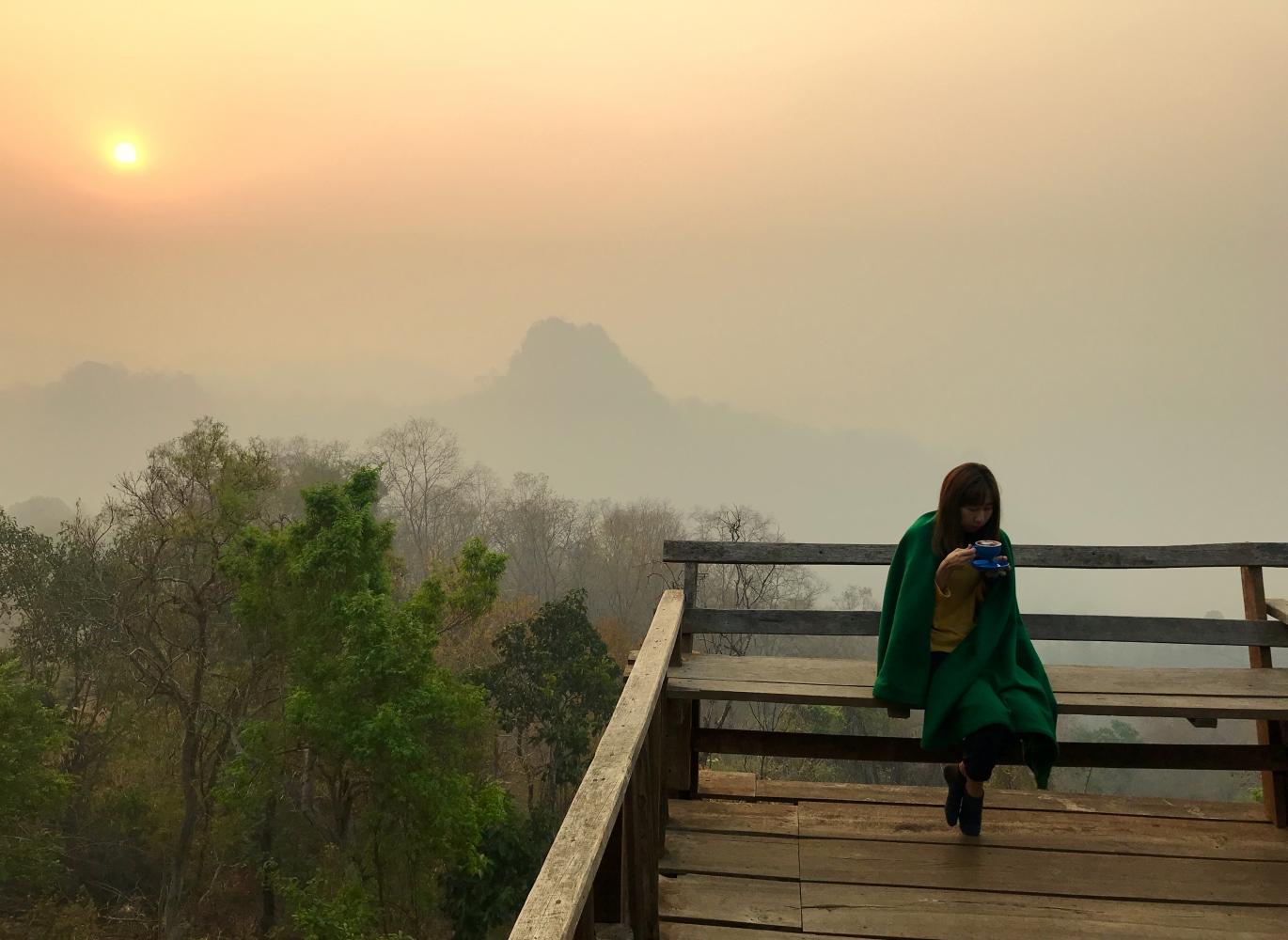 A coffee shop in Ban Jabo has a balcony where visitors can have a panoramic view of the surroundings. Karnjana Karnjanatawe

"Everyone in the village has the coin, I have one too," said Nako, adding that she kept it for good memories of the late king. "I am not yet fluent in Thai. In the past, I learned how to speak Thai from college students who stayed overnights with me."

The group of students were part of local and foreign visitors who travel to Ban Jabo to experience the local culture and life of Lahu.

About 15 years ago, Ban Jabo kicked off its tourism project with support from the Thailand Community Based Tourism Institute (CBT-i), an NGO in Chiang Mai. Together, they founded Ban Jabo Community Based Tourism Club for managing tourism activities in the village. CBT-i promoted the village as part of a trekking route linking three hilltribe villages, Ban Pha Mon, Ban Muang Pam and Ban Jabo, in Pang Ma Pha.

Starting from welcoming niche groups of visitors, most of whom were Westerners who like trekking and want to have an exotic experience, today Ban Jabo has 24 homestays to welcome guests from all walks of life, like my friends and I who visited the village to learn about their way of life. Nako and her neighbours welcomed us with their local food. We helped them prepare dinner. Two of us also took a turn to pound garlic and chillies, the main ingredients of nam prik Lahu, called a-pi-ti, or chilli dip. It was also made of dried thua nao (fermented soybeans), sliced shallot, coriander and salt.

During our stay, they also showed us how to play hu, a mouth organ, which is made of bamboo. We also had a chance to visit Phi Man cave on a hill overlooking their previous Huai Yao village. The cave houses some ancient wooden coffins believed to belong to cavemen of ancient times known as Phi Man.

The villagers also offer trekking programmes as well as farming experiences if visitors want to learn how to plant rice, feed black pigs or harvest non-chemical vegetables to cook with their homestay hosts.

The village welcomes visitors all year round although most visitors liked to spend their vacation in Ban Jabo during the cold season, from October to January.

"The cold weather is one of the selling points here. Our view is second to none. It is a place where you can see the sea of fog the moment you wake up in your homestay," she said.

What we saw was picture-perfect. The Sun gradually rose over the mist covering rice fields. We sat in silence, absorbing every natural detail while birds chirped and sang their natural tunes. We already marked our calendar to return soon to visit Nako and Ban Jabo. 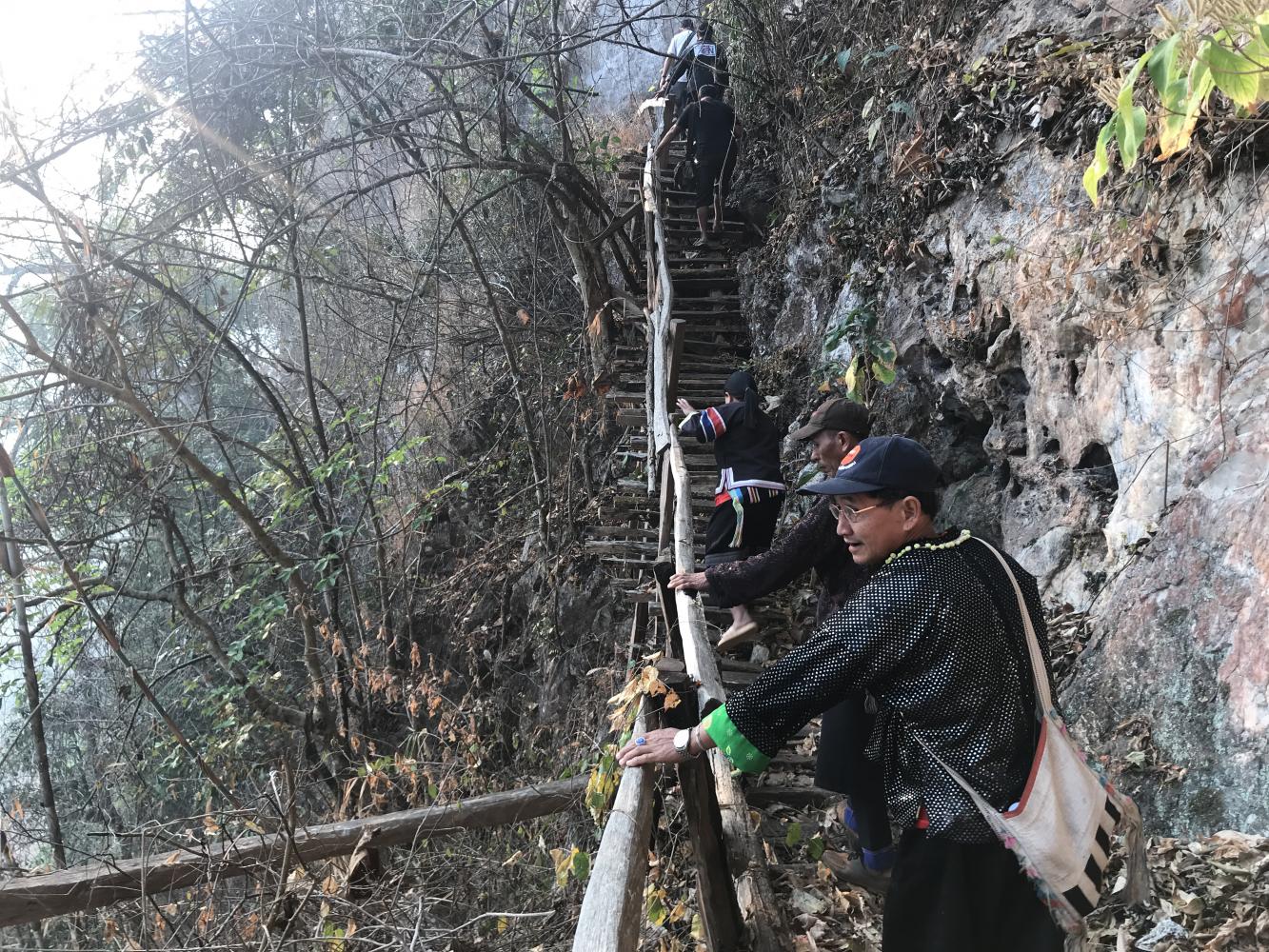 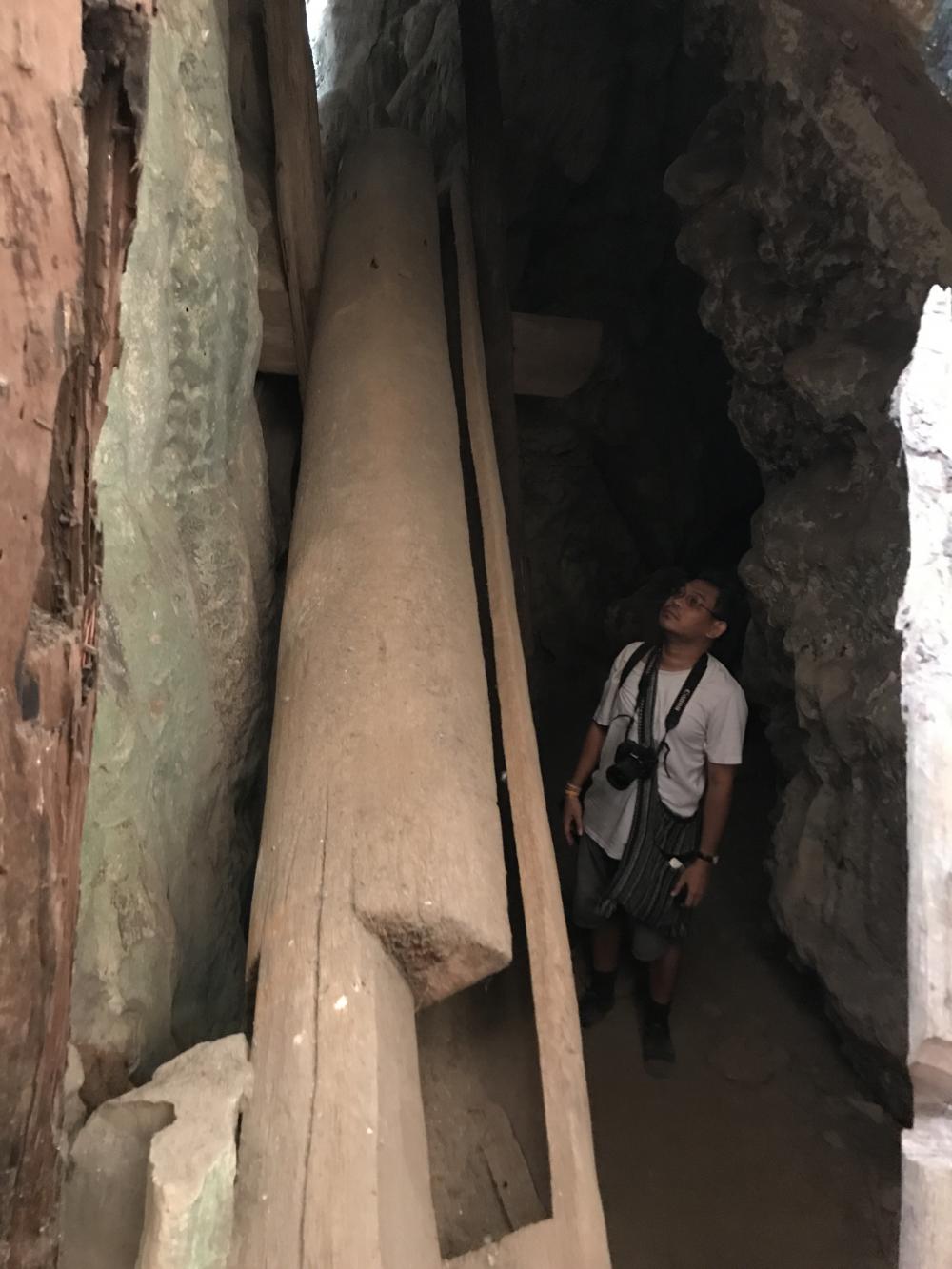 To visit Tham Phi Man, you need to negotiate a steep staircase. The villagers believe that ancient spirits are still around because they sometimes hear music playing from the cave. Every year, the villagers host a ceremony to pay respect to the spirits. Karnjana Karnjanatawe 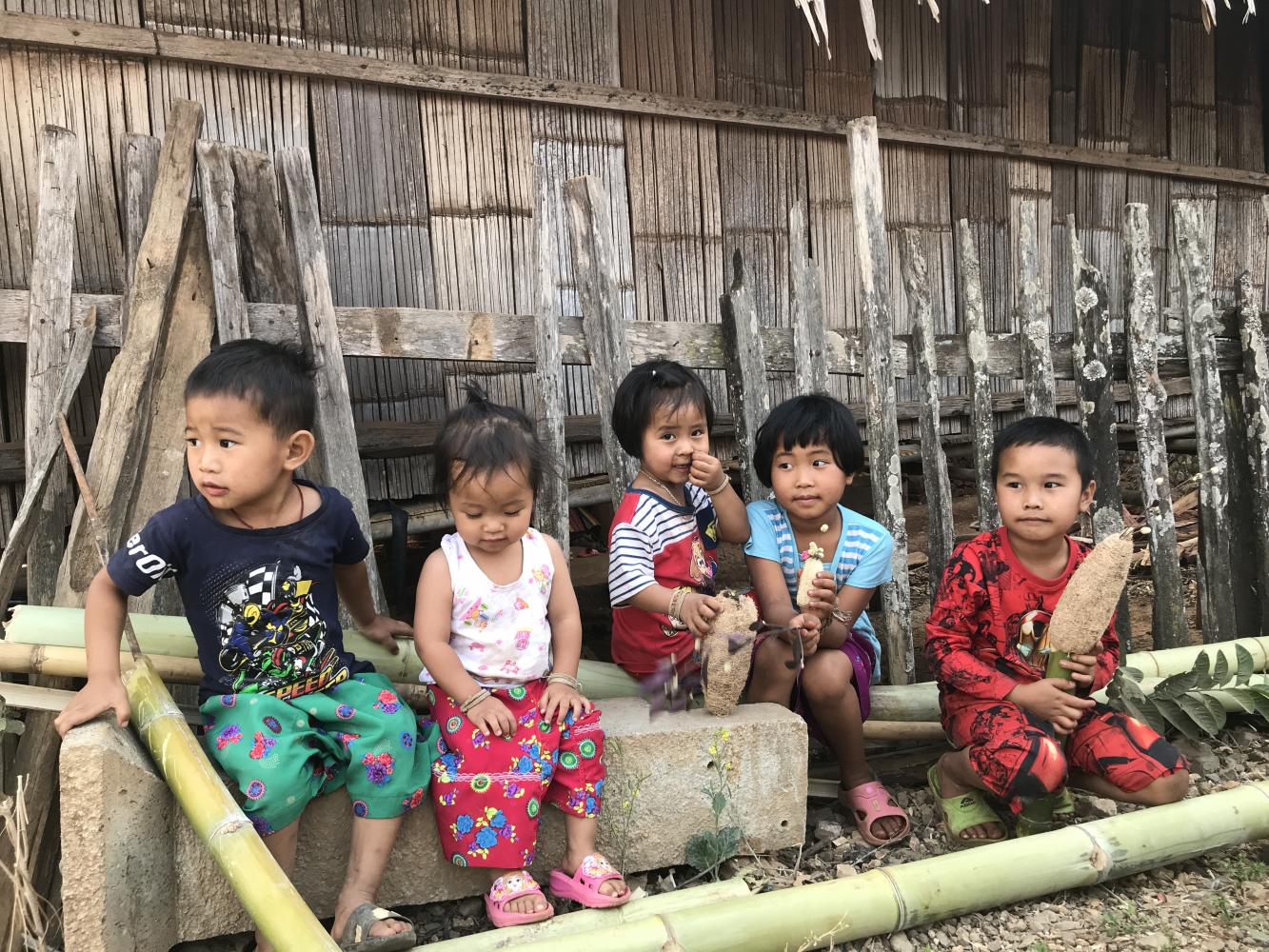 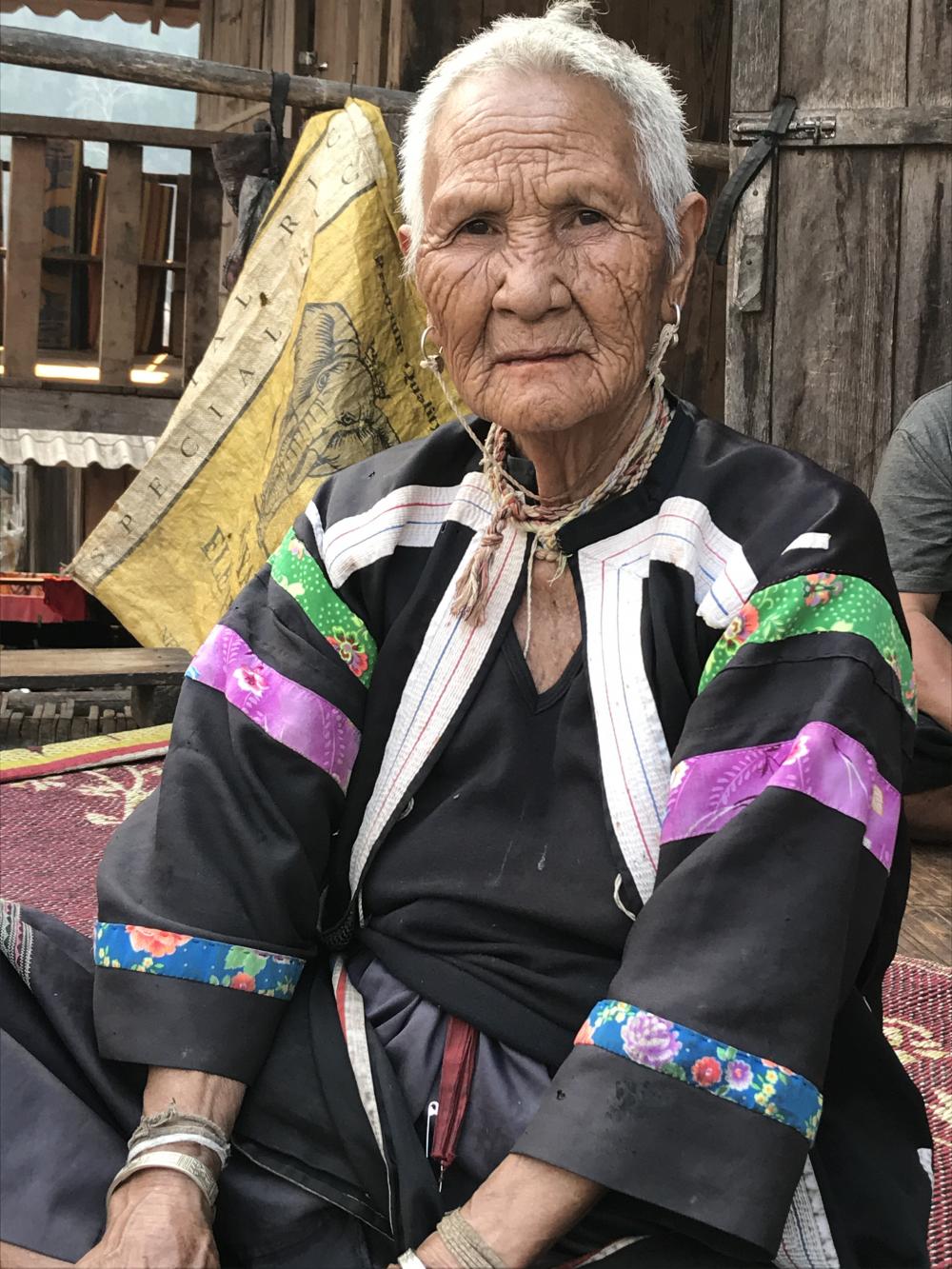 Villagers rest at a house during sunset in Ban Jabo. The house is located along the road. It seems to attract passers-by. They stop for chatting while children also group together in front of the house. They play and sing songs from time to time. Karnjana Karnjanatawe 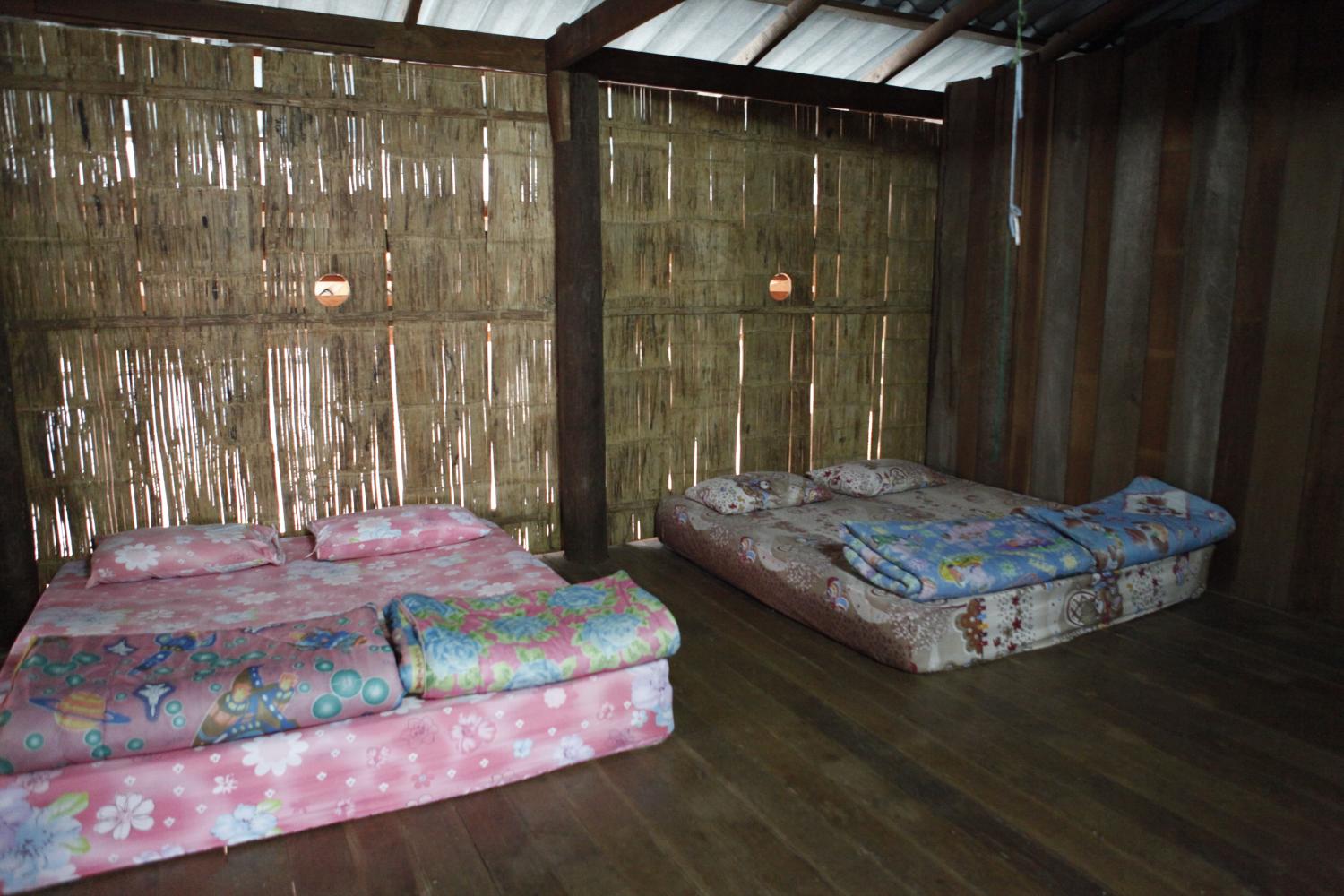 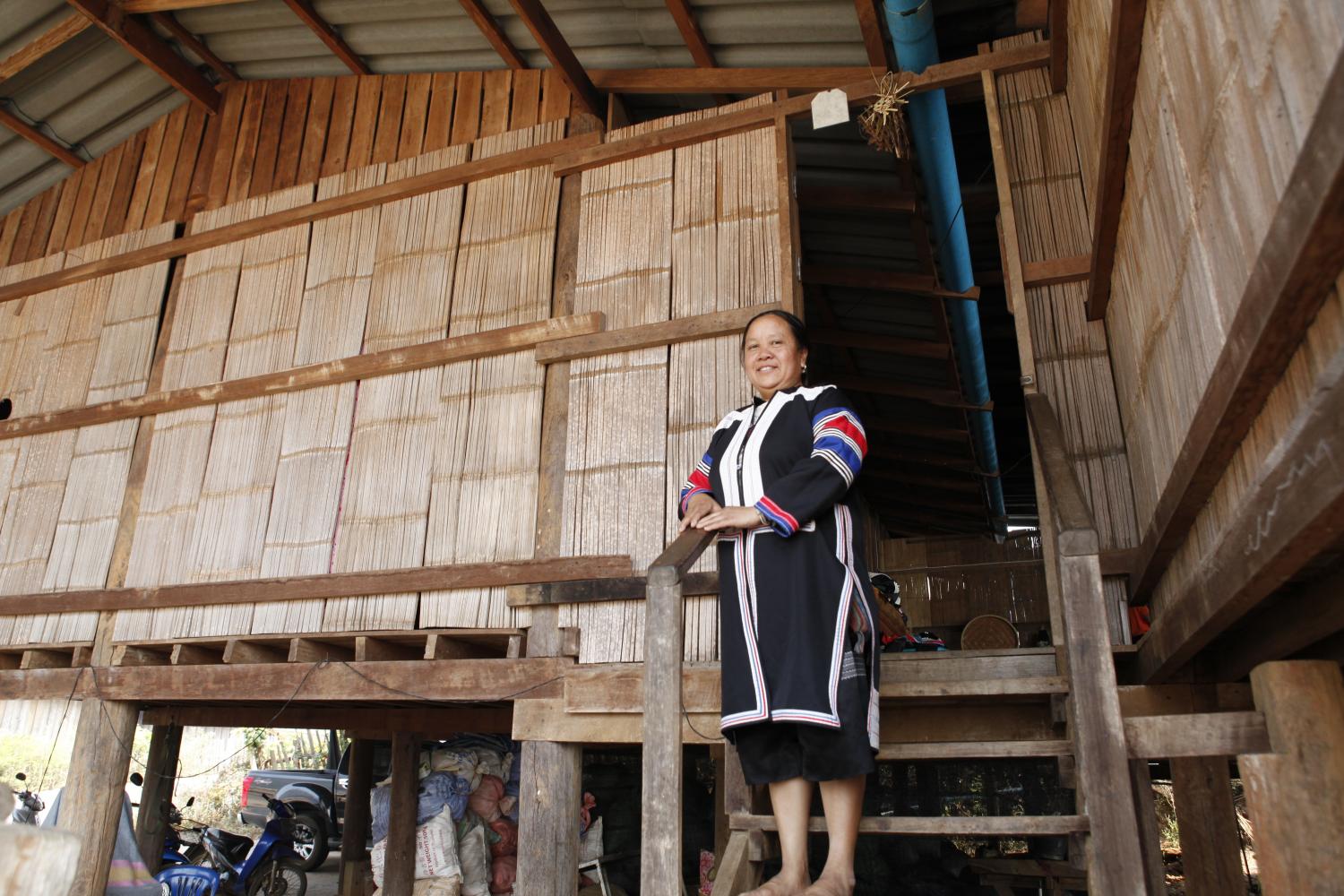 Nako Praipethratip, 48, stands in front of her house. She is one of the 33 members of the Ban Jabo Community Based Tourism Club. She has a separate room for guests to stay. The family has recently built two bathrooms with toilets to facilitate foreign guests, but the house does not have a hot shower. Nako's house also has a large living space so it is a centre of activity for organising workshops or a welcoming dinner. Karnjana Karnjanatawe 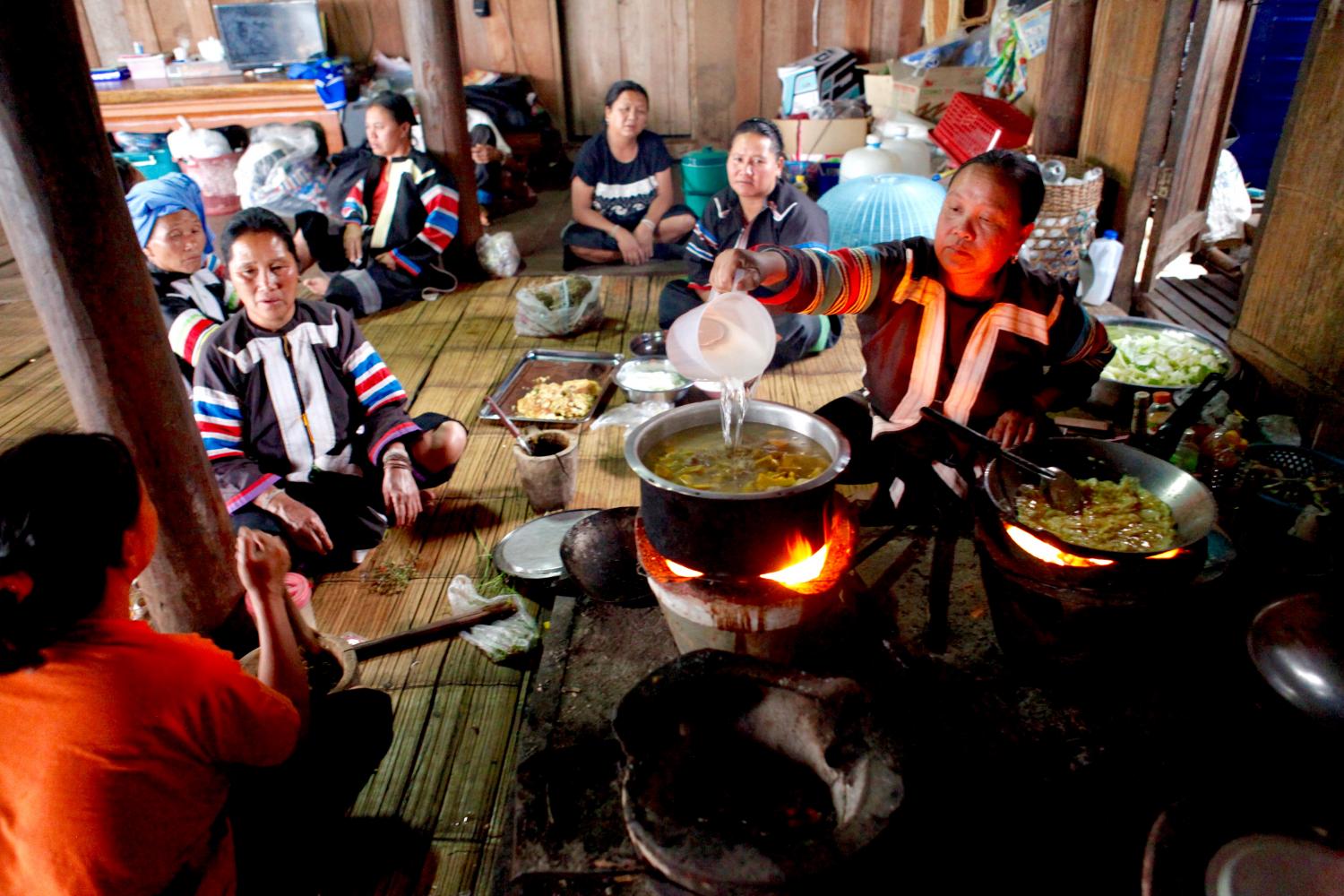 Nako's kitchen is in the inner part of her house. She has five traditional cooking stoves. Over the stoves, she keeps corn, garlic and shallots by hanging them in rows. When there is a large group of homestay visitors, members of the tourism club gather in the kitchen to prepare ingredients and help Nako cook. Karnjana Karnjanatawe 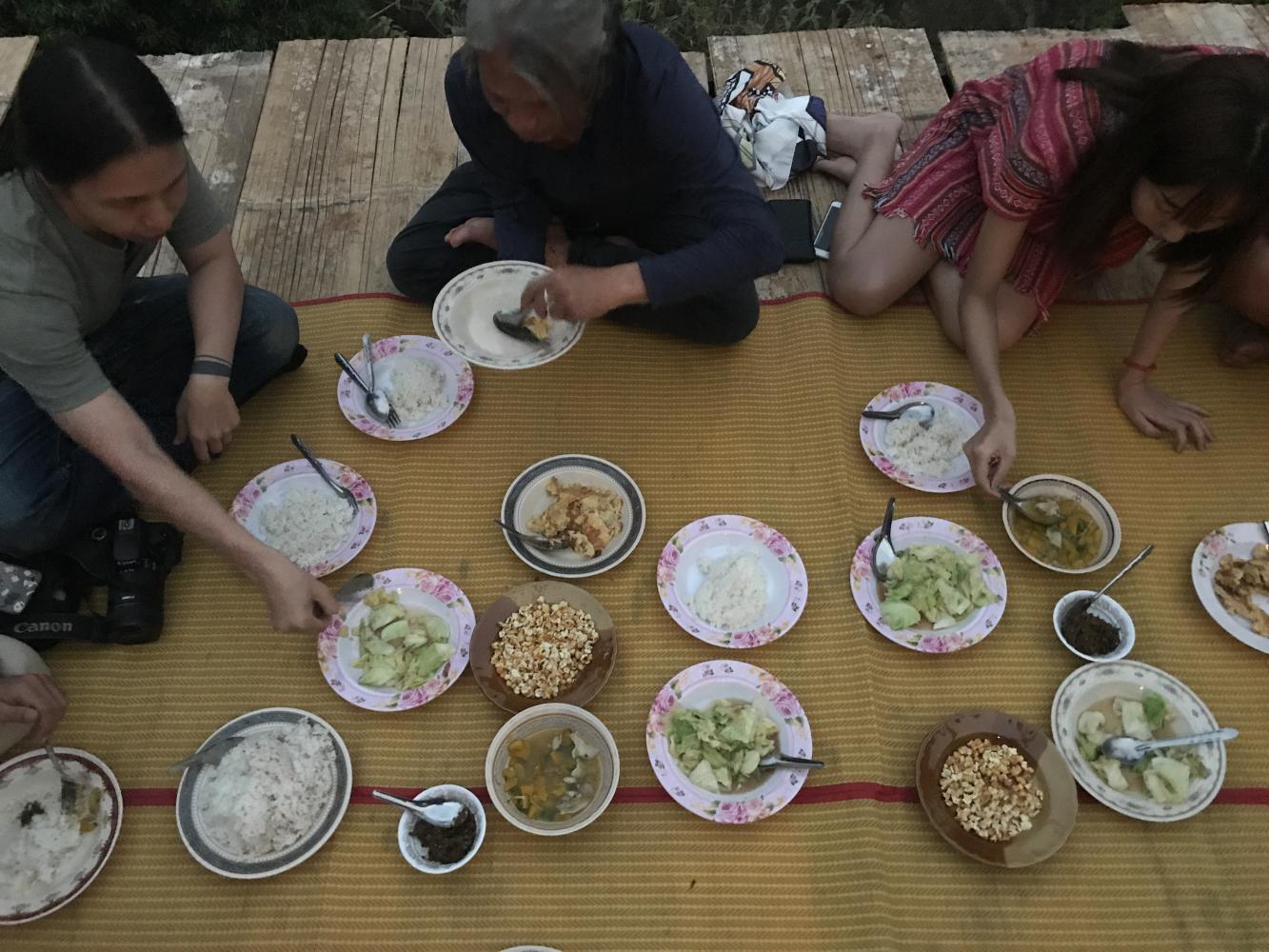 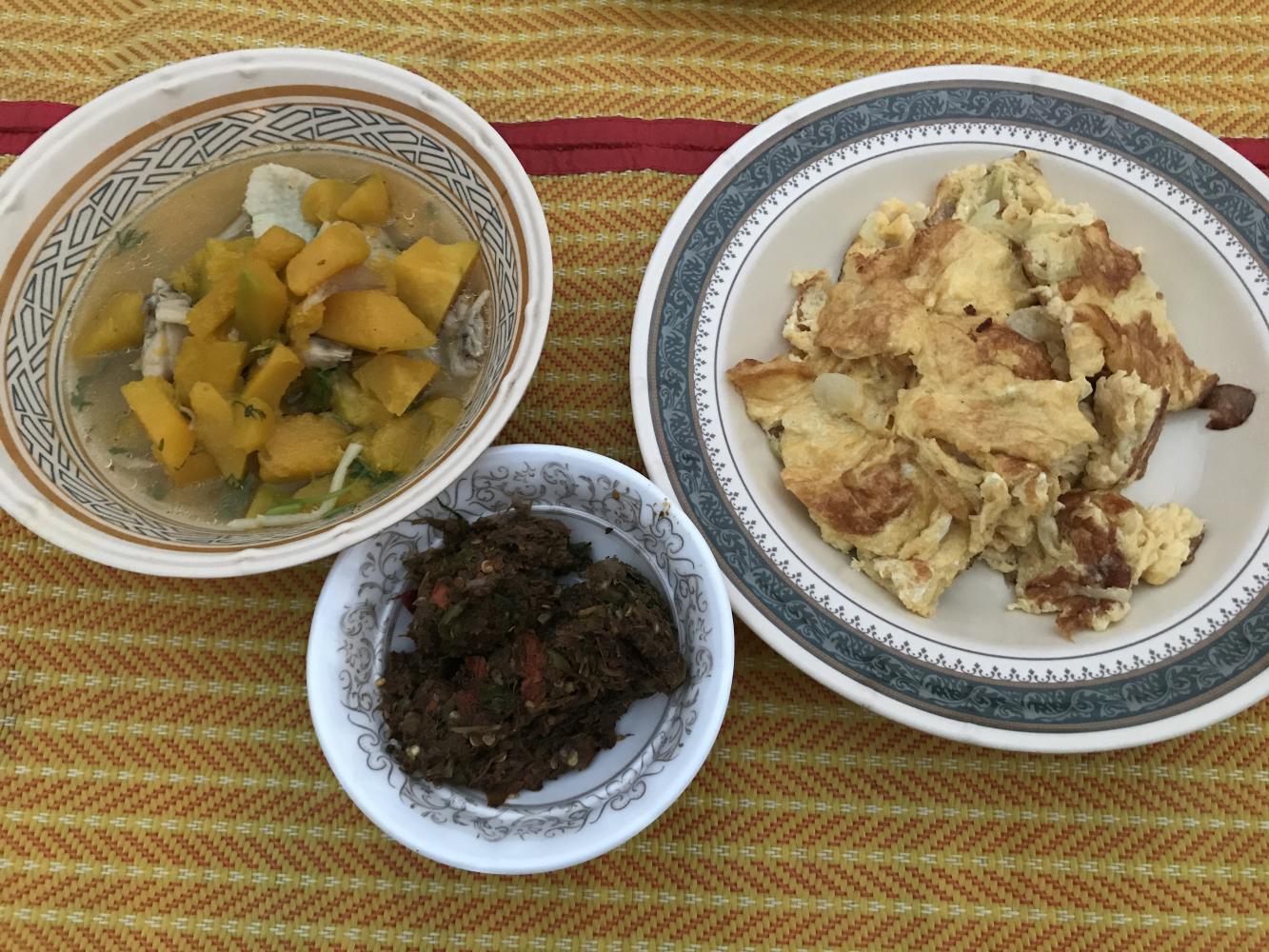 Our dinner is simple and delicious. Nako and her friends serve us a-pi-ti (nam prik Lahu), hung-chi-ja-wae (pumpkin soup), Thai-style omelette and stir-fried cabbage. We lay out mats over a bamboo balcony and sit in a circle to enjoy the food. Karnjana Karnjanatawe 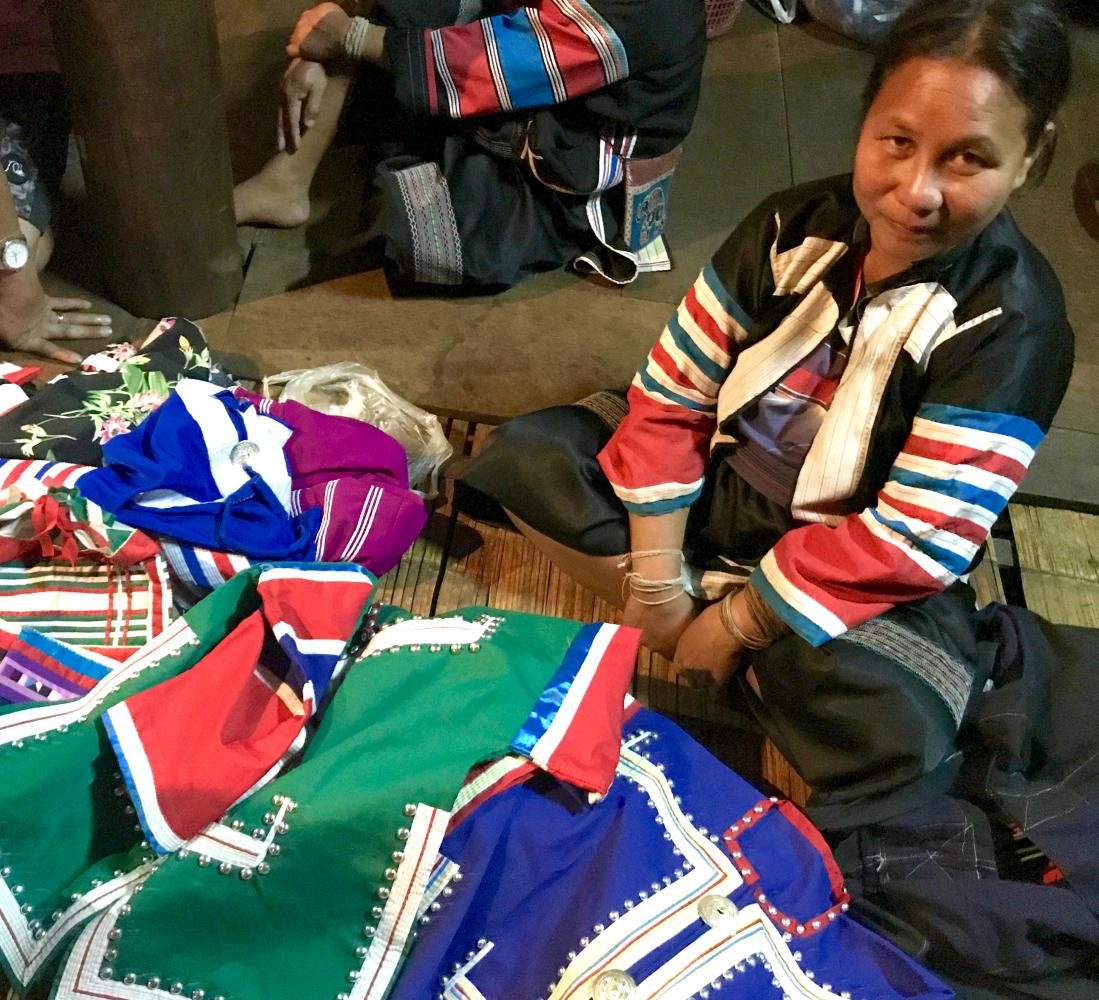 By tradition, Lahu women learn how to sew because they make their own traditional costumes. They pay close attention to details in creating their own dress because fine stitching means the woman who wears the dress is patient, studious and can be a good wife. The colour of their traditional costume for both men and women is black. For women, they like to decorate their black upper wear with colourful fabric like red, blue and yellow, and with silver ornaments. They wear their traditional costumes for ceremonies like the New Year celebration, organised around the end of February to March depending on the spiritual leader of the village. Karnjana Karnjanatawe 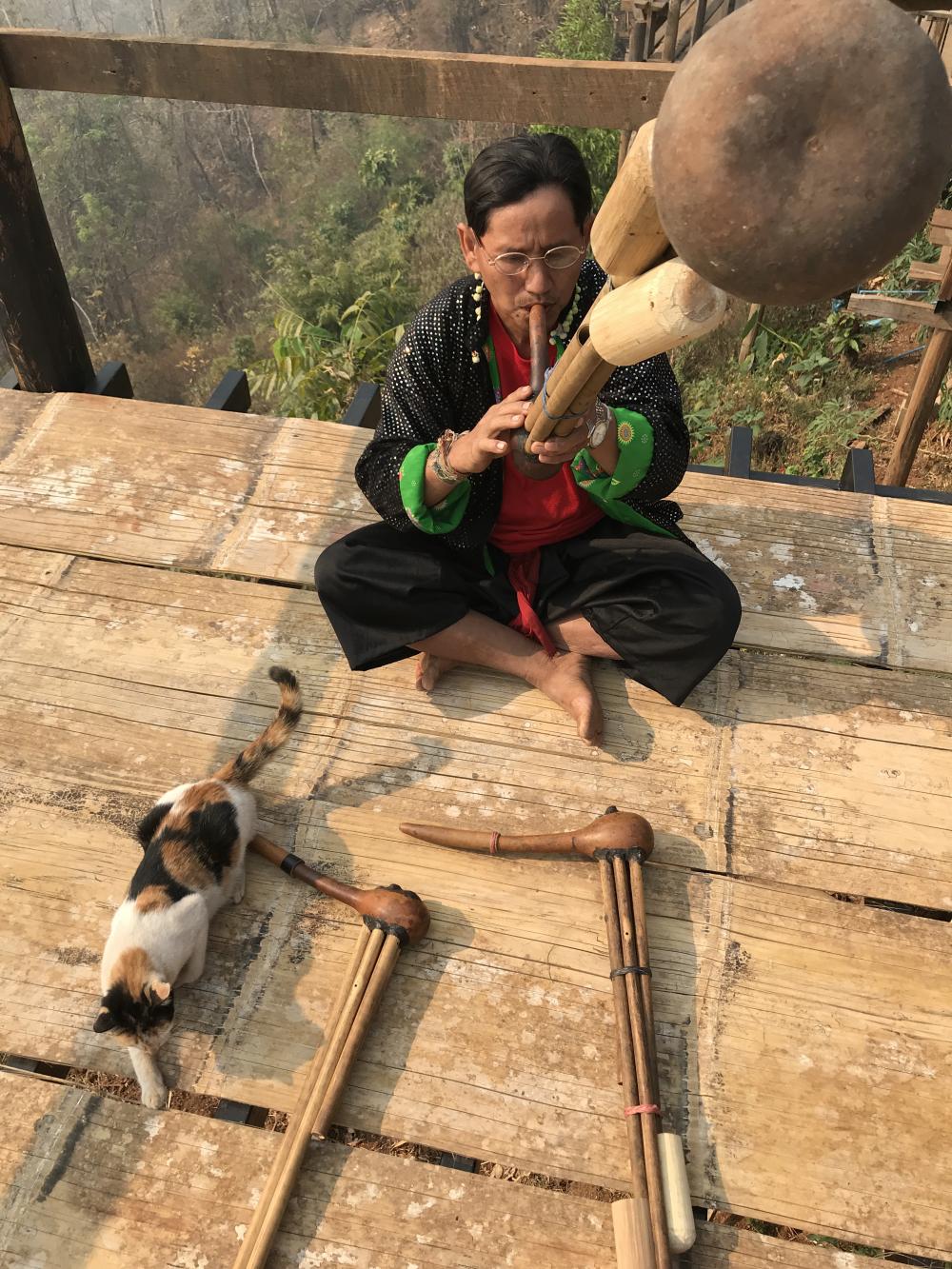 Jasue Prainetitham, 58, demonstrates how to play the hu, a Lahu mouth organ. The largest one is called Nokuma. It is the master instrument used for important ceremonies. The villagers have a rule that if Nokuma is played before 9am, it means that someone died and the song is dedicated to the dead. There are nine types of hu and they are used in different occasions such as for children's lullabies or for courting a woman. Lahu women can also play the hu to respond to a man's song to signify love. Karnjana Karnjanatawe 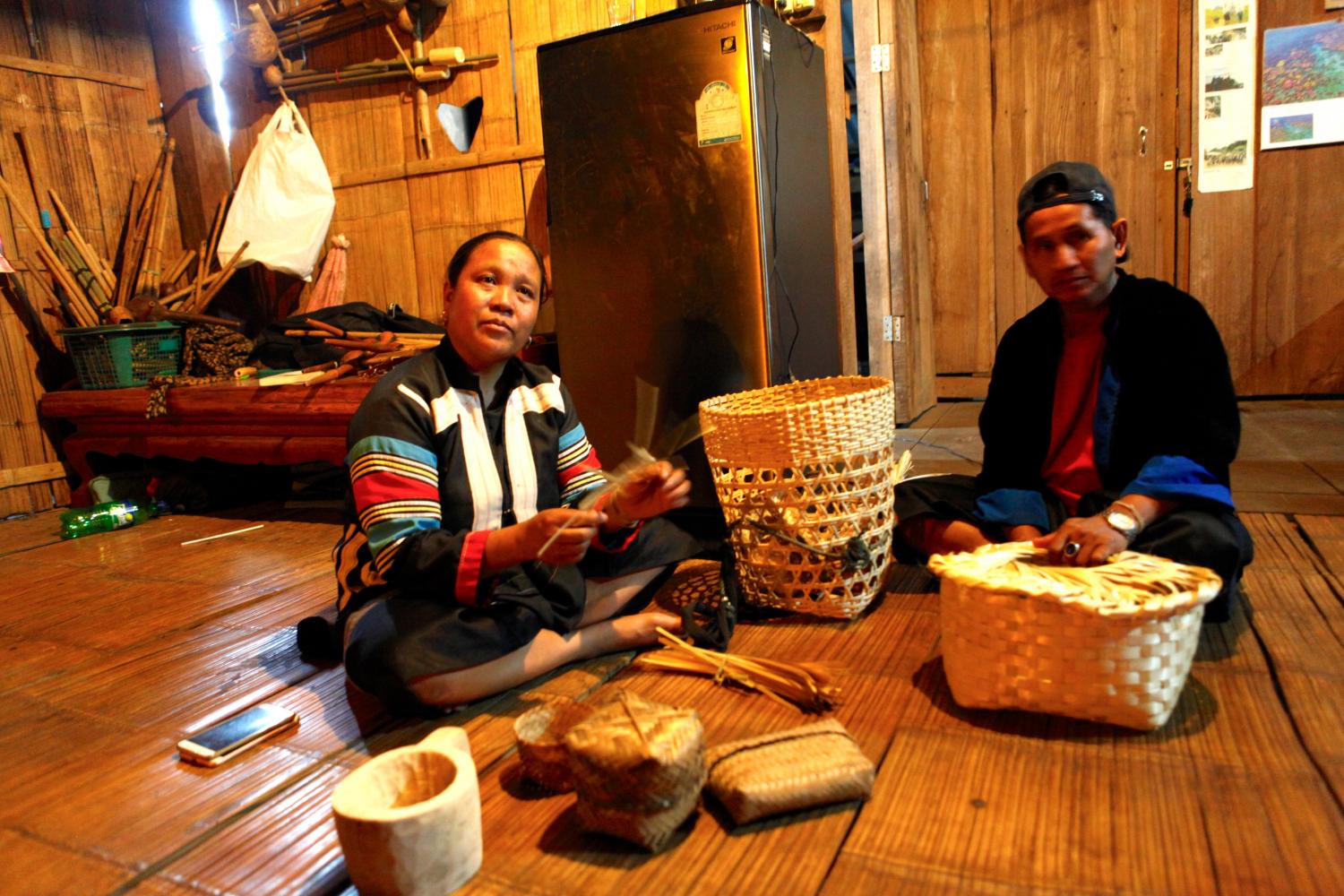 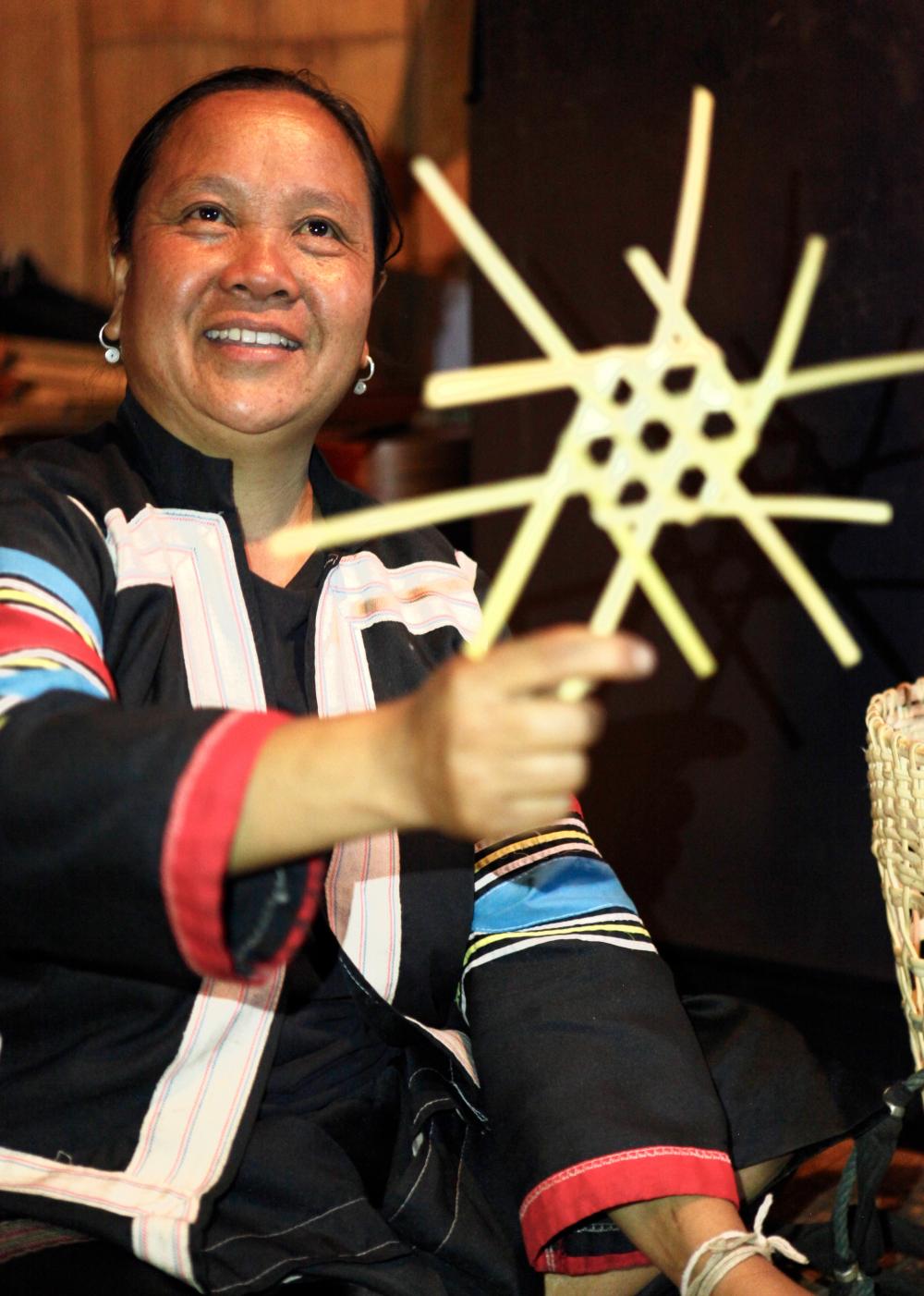 Visitors can learn how to make ta laeo from thin bamboo strips. Lahu people believe that ta laeo can protect them against evil spirits. They put ta laeo on top of the door to the house. Lahu men are also skilful in weaving bamboo. They weave a basket that they use in rice fields, rice containers or small boxes for keeping coins or sewing tools. Karnjana Karnjanatawe 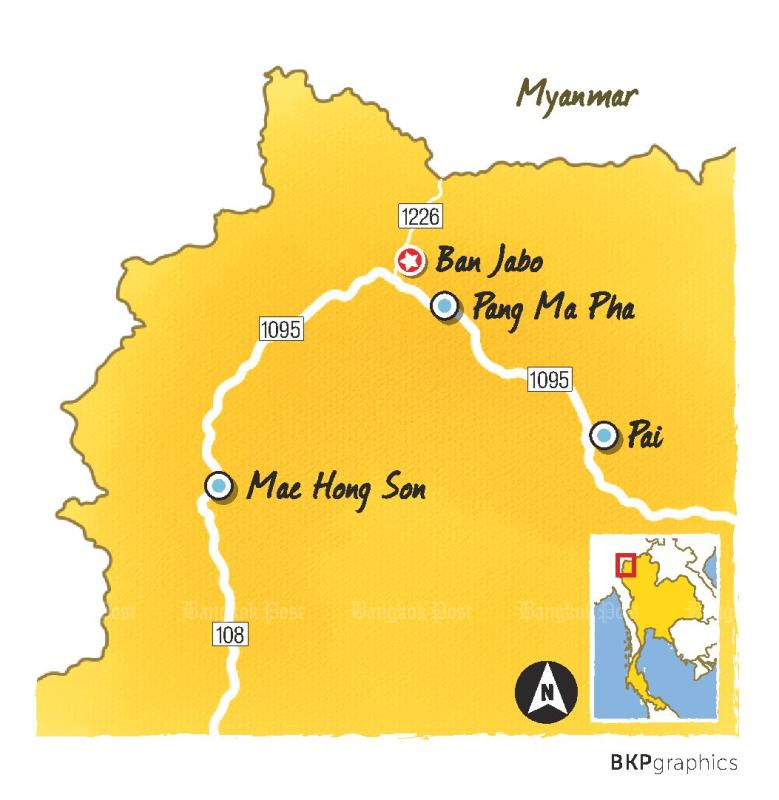