'Man' gets burned by Ponzi scam

Actor and DJ Pattanapon "Man" Kunjara Na Ayudhya, summoned along with his singer wife to help police with their inquiry into the Forex-3D Ponzi scheme, is playing down his ties to the company's enigmatic founder. 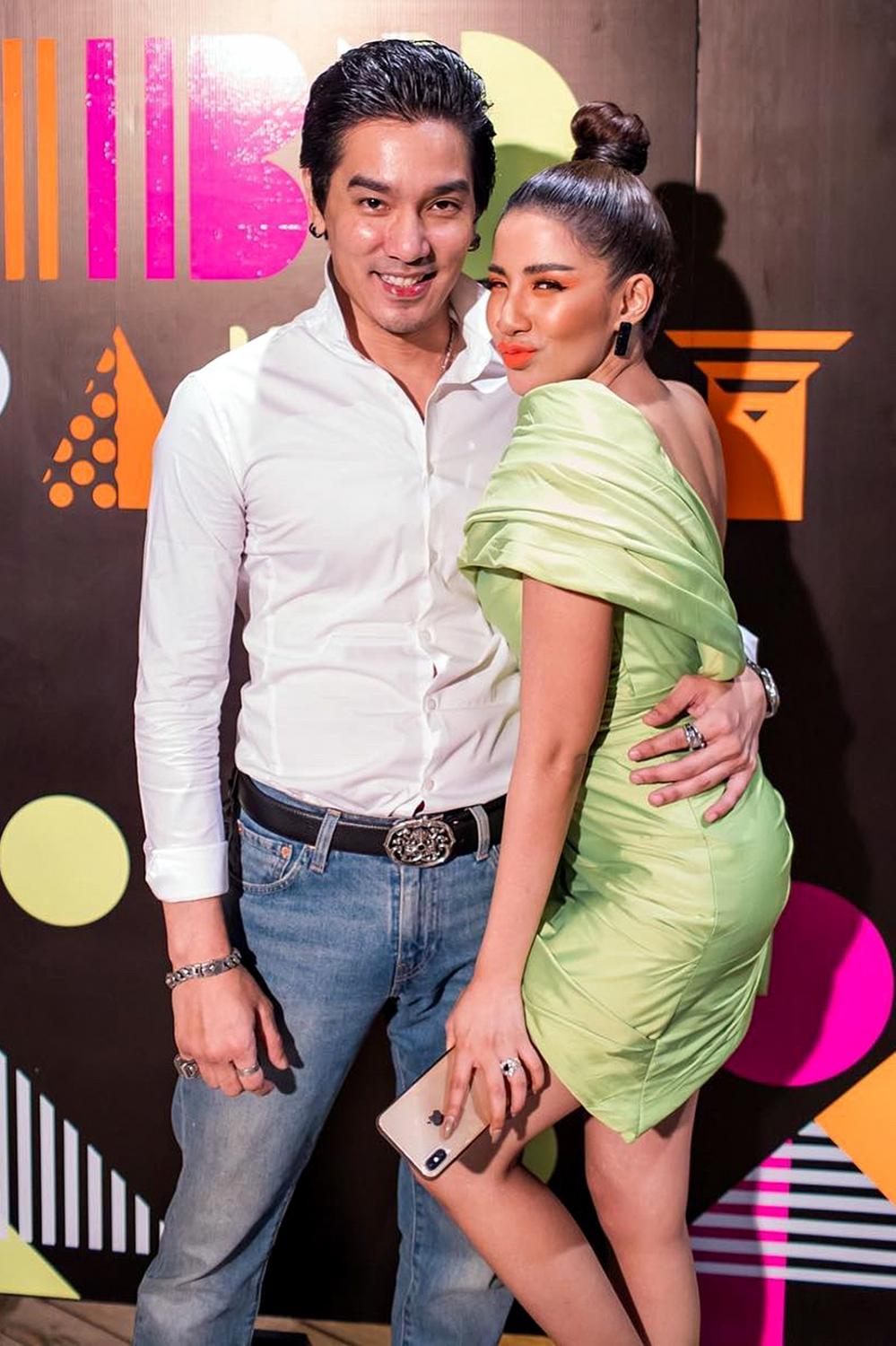 Even before the Department of Special Investigation declared on Thursday it was calling in Man and his wife, Suteewan "Baitoey" Thaveesin, as witnesses in their fraud and money laundering probe, Man had been forced to respond to claims aired on a FB site for victims of the scam.

They asked about reports that Man was unusually close to fugitive founder and CEO Apiruk Kothi, and whether Man's wealth as flaunted at his recent lavish wedding had actually been diverted from the company.

Forex-3D invested punters' funds in the foreign exchange trade. More than 6,000 complainants say they are still waiting to be paid out from the pyramid-style scheme. Lured by the prospect of 10 per cent monthly returns, punters forked out a minimum 60,000 baht each, with members encouraged to sign up friends and family for a 5 per cent commission.

The invitation-only scheme, thought to have resulted in damages exceeding 1.236 billion baht, was able to solicit funds from the public for four years despite the fact the Finance Ministry has licensed no firms other than banks and securities houses to conduct online trading in foreign currencies.

Writing on social media, victims singled out DJ Man's links to the founder, and were curious about a picture on social media of Man sitting in a meeting with Forex-3D executives, including Mr Apiruk. They asked whether Mr Apiruk had given him the 10 million baht cost of Man's lavish October wedding to Baitoey.

Man said he met Mr Apiruk six years ago before he started the forex venture, when the two spoke about their interest in trading Buddha amulets. Man said he later approached the Forex-3D company for help in marketing a Chinese herbal medicine, as he could see the firm was run by young people whom he was sure would have computer or marketing expertise. 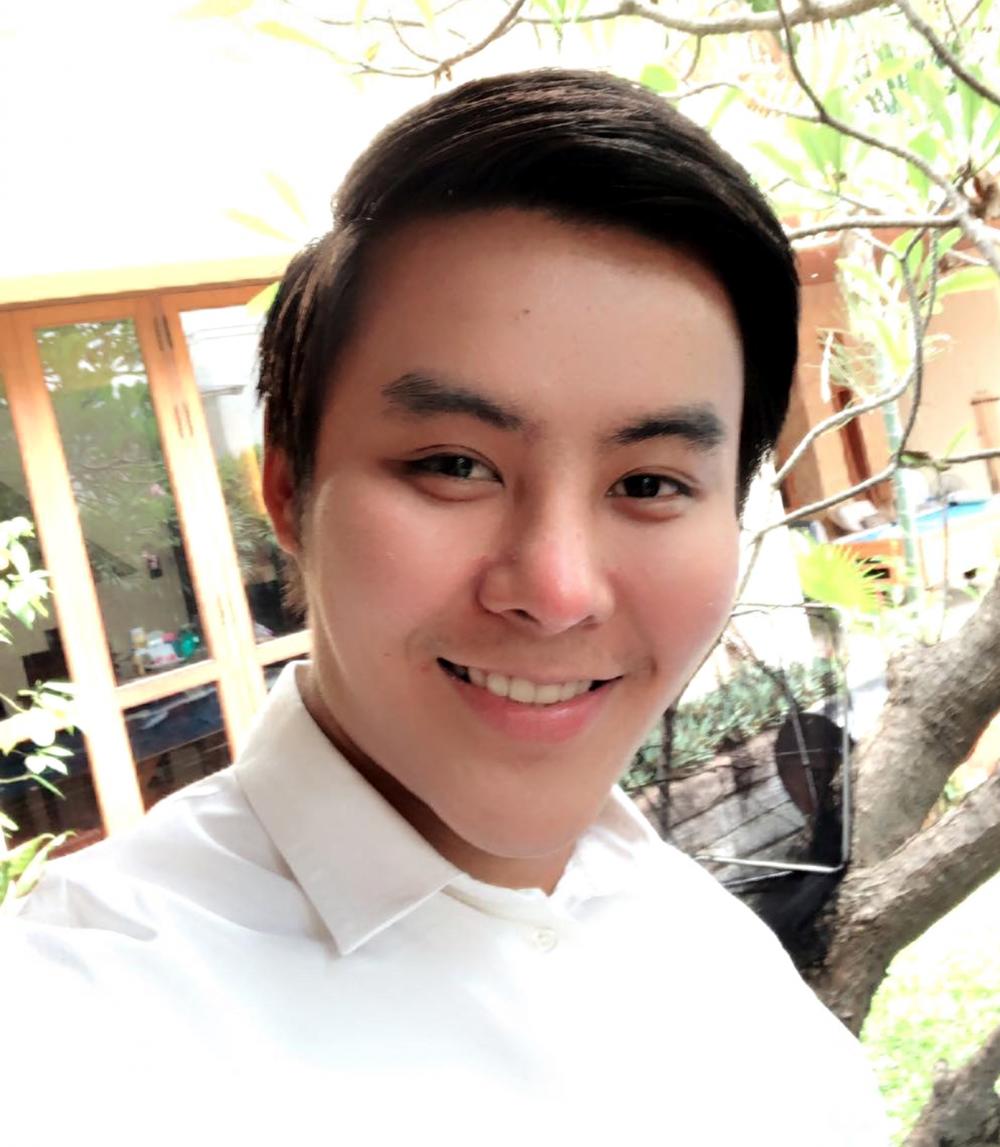 The day he visited their offices, Mr Apiruk invited him to sit at the head of the table as a show of respect, as Man was the oldest of those present. However, they did not discuss anything other than the herbal medicine venture. Man said Mr Apiruk was also a guest at the couple's wedding, but gave the couple just 2,000 baht as a wedding gift, not the huge sums bandied about on social media.

Man said he was upset at suggestions that he owes his wealth to Mr Apiruk. Victims of the scheme asked how Man could afford a marriage dowry worth up to 45 million baht. Man said he and his family work hard for their money and did not owe their success to Mr Apiruk's forex dealings.

"He is just a youngster I knew. Sometimes we don't know the 'scope' of a person too well; we may not talk about each other's lives in any detail and not know what they have done," he said, urging Mr Apiruk, who is thought to have fled abroad after his forex venture collapsed, to come forward and clear the air.

The company glibly claimed it was licensed overseas, though media reports say its operations were shrouded in secrecy, with little known about how much it invested or the pedigree of its executives.

The DSI says while it has uncovered evidence the firm did play the forex market, it did not invest anything like the huge sums taken from the scheme's members. It seems to have spent much of its money spinning an image of great wealth celebrated in a party-like atmosphere, which it accomplished with the aid of celebrities who lent the scheme an aura of credibility, it said.

The Manager/ASTV newspaper said Mr Apiruk first surfaced in the media eight years ago as a 17-year-old who had already undergone cosmetic surgery 16 times despite his youth. Last year he resurfaced as head of a luxury auto importer, RKK Auto Group, launched with the aid of celebrity guests. He also ran his own charitable foundation in which Man took part.

Man said he and his Harley Davidson motorcycle gang helped out the charity until pressure of work forced him to stop. He also admitted investing in Mr Apiruk's forex scheme, but says he pulled out four or five months ago when he failed to get his money back. He did not say how much he had lost.

"I am still waiting to be paid out like everyone else. I contacted him on Line asking for my money, but he didn't answer," Man said. He said Baitoey was not among the investors and has no ties to the scheme. The probe continues.

Police were shocked to find a 27-year-old who handled finances for the kingpin behind the Mae Manee Ponzi fraud scheme had more than 100 million baht circulating in three bank accounts when she was arrested last week after fleeing to a hotel in Nakhon Sawan. 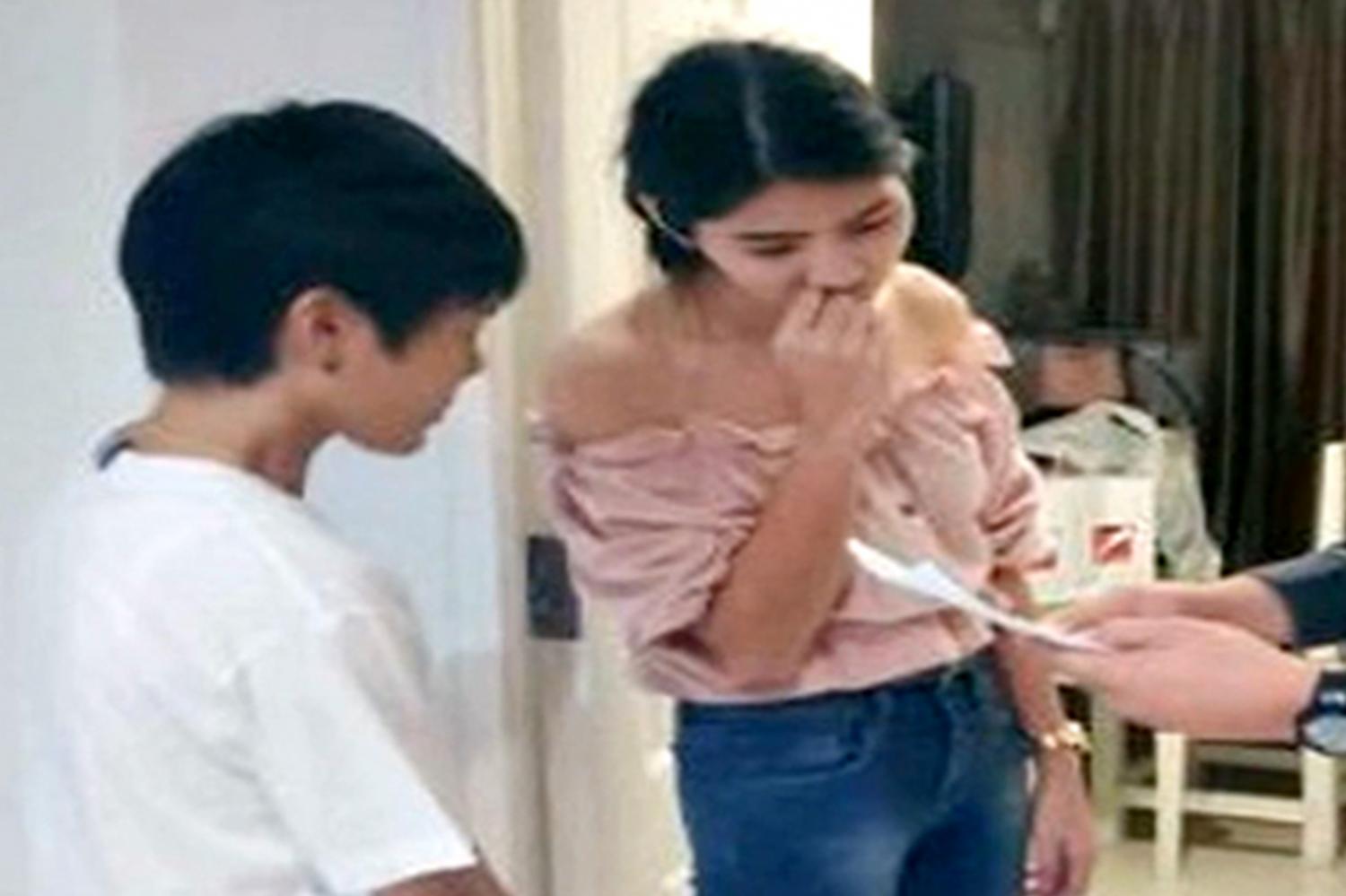 The arrest of Nittaya "Bow" Pinnok, 27, from Chaiyapum, comes as the DSI, which has taken on the scam as a special case, declared last week it was preparing to seize assets owned by another 10 key suspects in the multi-million-baht scam and is seeking arrest warrants for at least 50 others.

Police have arrested eight suspects to date, including the principals, net idol Wantanee "Mae Manee" Tippaveth, 28, along with her husband Metee Chinpa, 20, nabbed in the back room of a rundown hairdresser's shop in Sattahip, Chon Buri on Nov 2. They fled there after receiving cover from a man in uniform whose wife was owed money under the scheme and helped them flee the law in return for repayment.

The DSI says it has received complaints from 4,971 victims in the Mae Manee case, with total losses estimated at 1.61 billion baht. They say Manee and her husband offered returns of 93 per cent on sums invested by key members of the scheme but then abruptly stopped paying out, leaving lenders out of pocket.

Earlier, Udon Thani police nabbed Manee's mother, Thawalrat Tippaveth, 47, at a gas station on Nov 7. As police served their warrant with TV cameras looking on, Ms Thawalrat fainted and had to be taken to hospital. Police Region 4 officers, who later took her in for questioning, revealed Manee had siphoned funds through her mother's Kasikorn Bank account.

They say the account had a balance of 62 million baht before the bulk of it was withdrawn in two transactions on Oct 17, shortly after Manee stopped making payments from the scheme.

Bow's role in the scam was to help repay investors in the pyramid-style lending scheme. She said Manee had her open three bank accounts to funnel funds from Manee back to customers.

Police say they found more than 100 million baht circulating in the accounts, though Bow was just one of a half a dozen staff doing her internet banking. Bow said that after Manee and her husband were arrested, she dropped into the office to collect paperwork and 16 phones Manee had bought staff to perform the fund transfers.

Bow, who says she had 40 customers of her own paying in money to the scheme which she would then forward on to Manee, hurriedly transferred money back to them in the hope they would not lay complaints with police.

After withdrawing 800,000 baht in cash to buy an MG ZS, she fled to Nakhon Sawan where she has relatives. Bow, whom Manee also entrusted with the 24-hour care of her two-year-old daughter, claims she was preparing to hand herself in when police caught up with her.

Bow's tomboy girlfriend, Wilaiwan Hongprachasap, 25, another helper of Manee's, is also among those arrested earlier. The probe continues.