As a child, Chinatip Boonchokhirunmeta always dreamed of becoming a competitive cyclist. His weekend playground was a tiny bike shop in the neighbourhood where he usually busied himself doing various little jobs for no pay.

"When I was a kid, I liked to collect money to buy bicycle parts and accessories to modify my ride. But as I grew older, this passion became buried under a busy work schedule and other interests," Chinatip, now 37, recalled.

About a decade ago, however, he rekindled his joy for cycling after he started biking to work. Back then, he served as a photojournalist and operator of a media website.

"I only thought of biking to work as a way to avoid Bangkok's traffic congestion," he said. Little did he know at that time that this reconnection with his childhood obsession would develop into a business that is at the heart of Thailand's cycling industry.

Chinatip's bicycle commute gradually became his regular mode of workout and recreation, leading him to join biking communities throughout the country. He took part in races and started selling cycling outfits online. Office worker by day, retailer by night.

"Racing bicycles and accessories in Thailand at that time were very expensive," he recalled. "The demand for road bikes was low, and so was the supply."

In that gap, Chinatip saw a business opportunity to create his own brand of racing bicycles through the Original Equipment Manufacturer (OEM) model. He was certain that in Thailand, there must be racers and even recreational cyclists who wanted to buy quality products at affordable prices. Eight years ago, he founded Nich Cycling, Thailand's first domestic racing bicycle brand, where he has since served as CEO, closing the curtain on his stint as an online journalist. 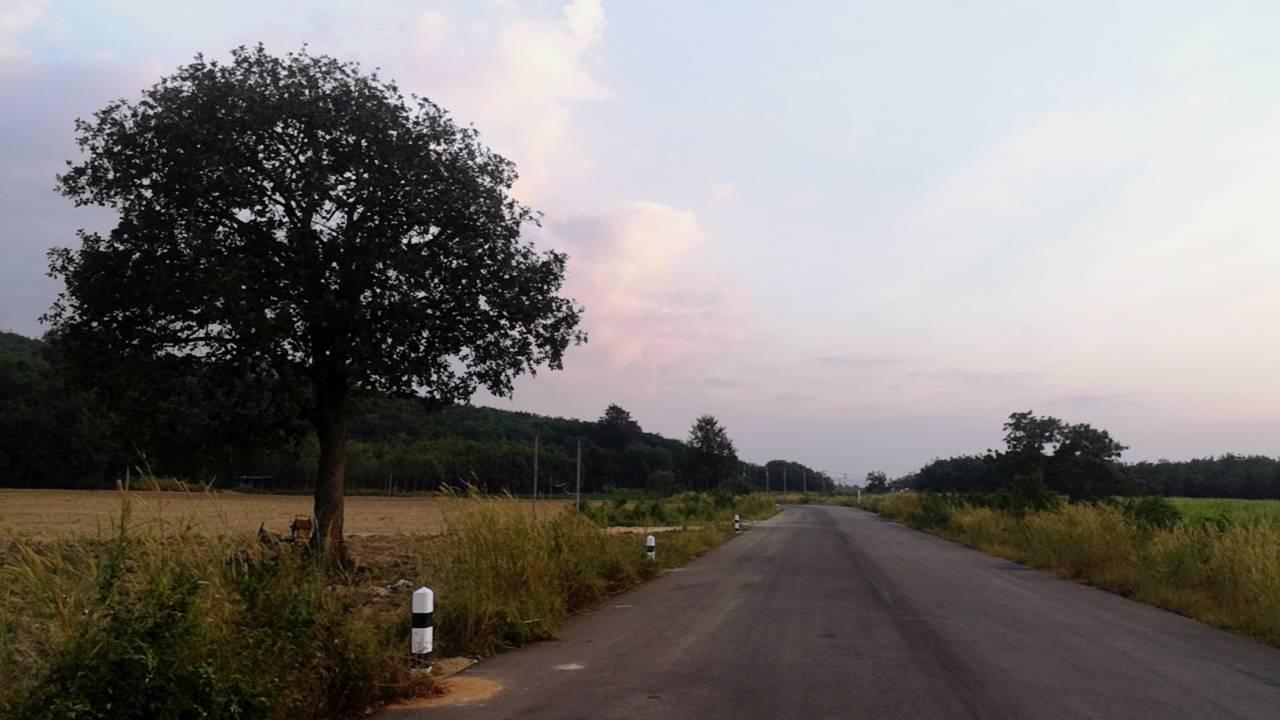 Nich bicycles are all assembled in Thailand, using parts imported from Taiwan. The designs and paintwork are also carried out here. With his team of local designers, mechanics and engineers, Chinatip says he wants his business to offer only good quality racing bicycles at reasonable prices. Nich bicycles are also customisable. The paintwork and mechanical features of any Nich two-wheeler can be individualised.

"Our customers are not just professional cyclists who look for high performance vehicles," he explained. "Half of our clients are people interested in embracing a cycling lifestyle. So here they get a locally-made quality bike at half the price of international brands."

However, business hasn't always been a bed of roses, Chinatip admits. Five years ago, for example, Nich Cycling sold up to 30 bicycles per month. Now 10 is considered a blessing.

"Cyclists have become fewer in number," he conceded.

That being the case, there is cause for optimism. During the past five years, Thailand's cycling industry has received a series of boosts, with investors and entrepreneurs putting more money into it in order to promote cycling-related corporate social responsibility (CSR) and various marketing campaigns which often have state support. After years of steady decline, the industry is beginning to see stability.

In addition to Nich Cycling, Chinatip is also managing director of Nich Republic, a sister company he set up to organise sporting events. Many cycling event organisers have pulled out of the industry. But Nich Republic still sees a golden business opportunity.

"Organising a cycling event is not something any organiser can do," Chinatip explained. "The priority is to make it as pleasurable and safe for participants as possible. Now we are one of the country's very few cycling event organisers. Without experience and the co-operation of local authorities, no one would risk doing it."

As for Chinatip's own cycling journey, he has gone from being an enthusiast to a triathlete. Having participated in several triathlon events, last week he finished third in the 2019 Eastern Triathlon in Chon Buri, competing in the 30-39 age division. He is currently training for the Navy Triathlon which is to take place next month in Nakhon Phanom.

Training for a triathlon is extremely tough, but Chinatip feels it's important, in large part because he wants to serve as a role model. He understands that getting on a two-wheeler can always be challenging. He wants people to embrace that challenge.

"There are a lot of cyclists who throw their bikes away for various reasons. Some are getting old and don't want to get injured. Others are simply bored. I want to change their perspective so that, through me, they can see that triathlon is an alternative way for them to still challenge themselves, while at the same time reignite their interest in cycling." 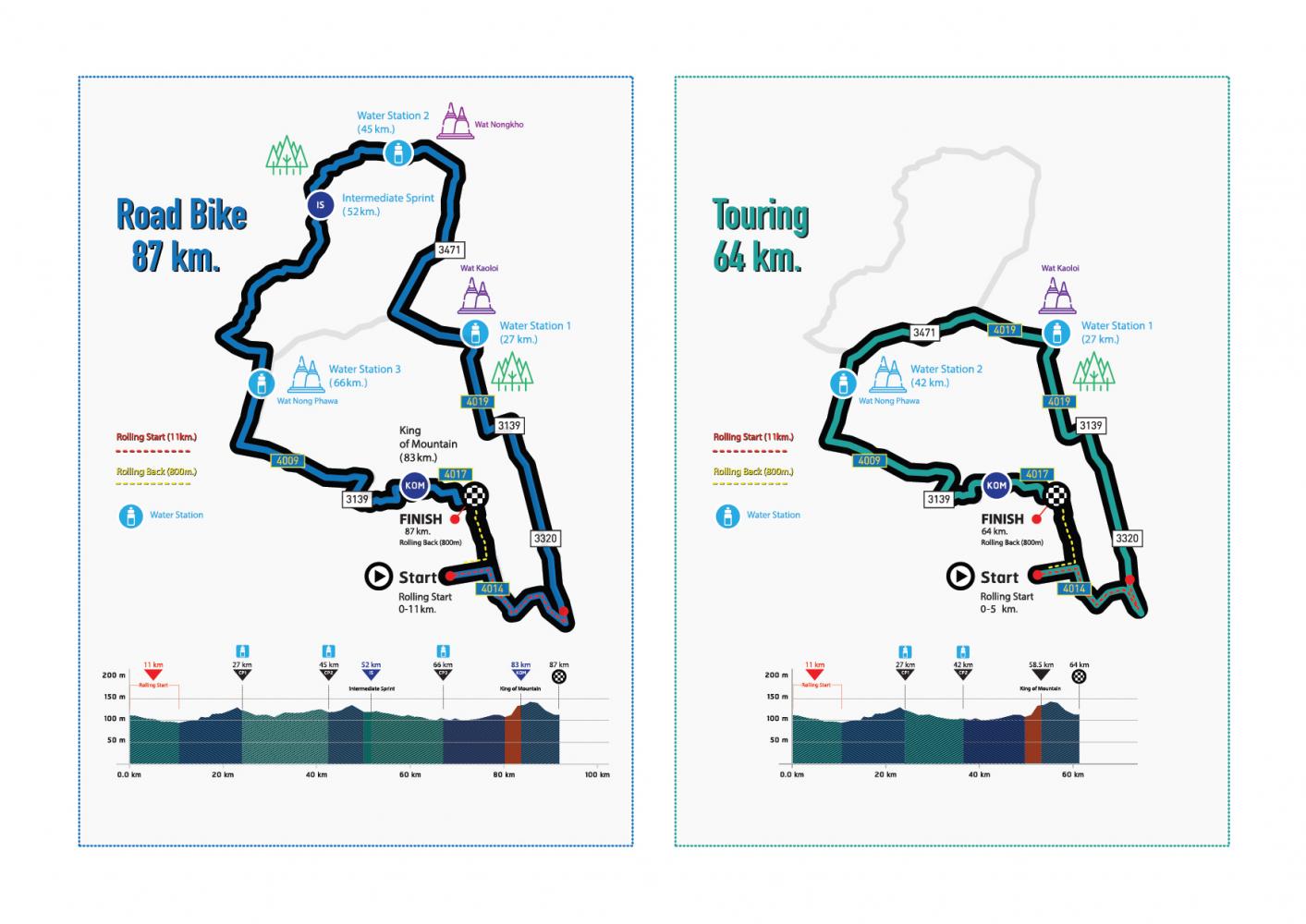 Bangkok Post Plc together with Nich Cycling is holding the "Bangkok Post Cycling Championship 2019" at The Park Adventure Land, Rayong province. Race Pack Collection is on Nov 30 and Race Day on Dec 1.

Classifications are as follows:

Participants under 18 years of age require written permission from their parents. All participants will receive a water bottle and a commemorative medal.

Registration and route details are available at event.thaimtb.com/event.php?e=453.