Police are building a case against a young woman who paraded her feminine charm before gullible men at a dating site, later conning them into buying for her at least 12 vehicles which critics believe she and her "gang" have re-sold on the black market. 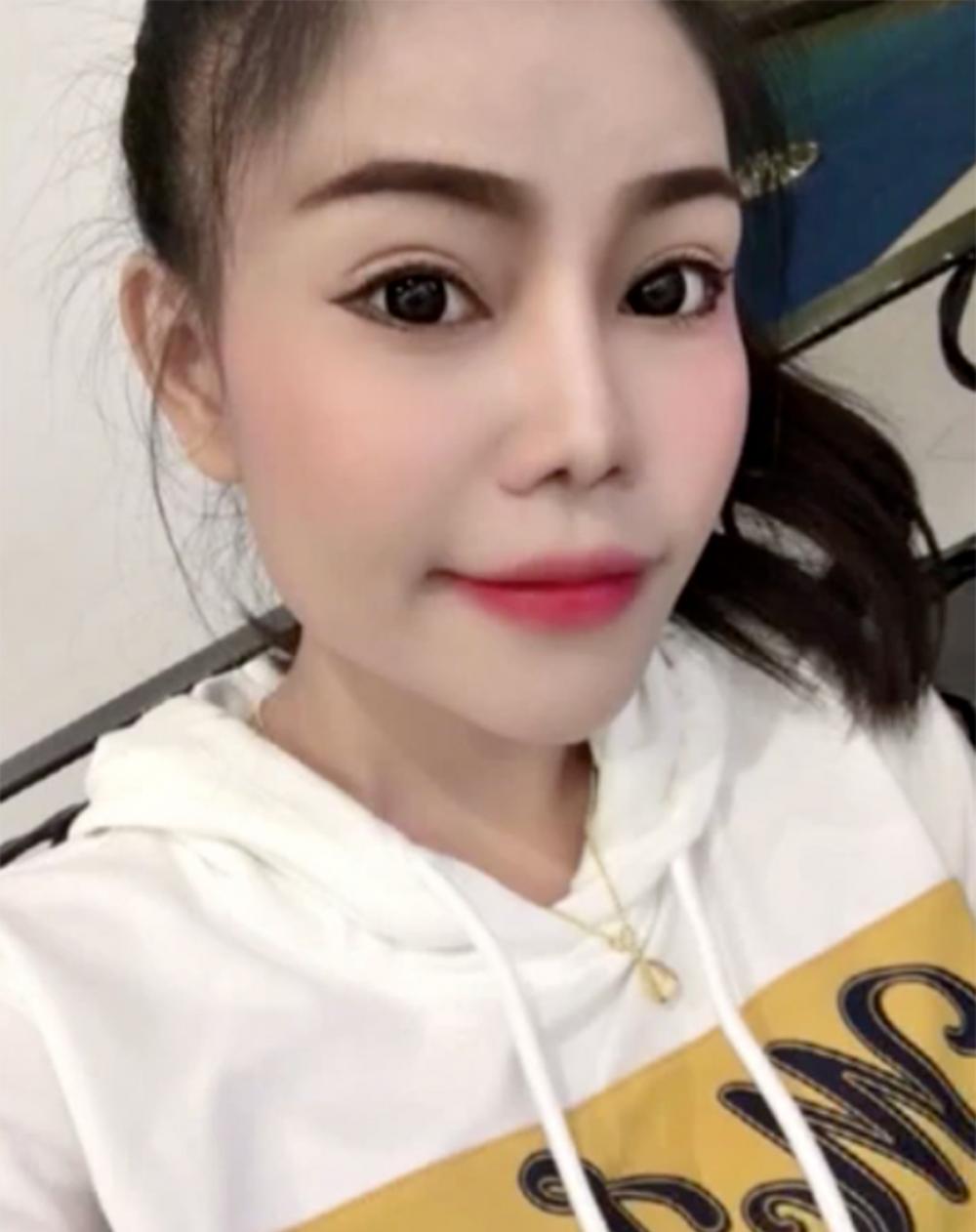 Butsarakam "Muay" Saothong, 22, originally from Surin, on Friday visited police in Chon Buri to answer complaints that she conned young men from Phan Thong and Muang districts into buying her the vehicles with the false promise she would start seeing them romantically. She offered to take over the vehicle repayments after they bought the vehicles in their name, but instead left them with the bill.

Muay met the men at a dating site known as Jaumo, where she preyed on their loneliness, promising at least one victim the day after they met she would start seeing him. Claiming she worked at a local bank, Muay posted an attractive picture of herself in her chat profile and quickly asked victims to move their conversations to the Line app.

Some days later she would tell her victims she had no vehicle to get to work but was on a finance blacklist so was unable to buy a vehicle herself. She asked the men to buy a vehicle in their name, often a Ford four-door pickup, from local showrooms, in some cases transferring the deposit in advance.

Once she had obtained the vehicle she quickly lost interest in the men whose trust she had exploited, leaving them to pick up repayments. Victims say they were shocked to get demands from the finance company a couple of months later. In at least two cases she conned the same man into buying two vehicles for her, leaving them with potential debts of up to 2 million baht.

One victim, aged 38, who complained to Phan Thong police when he realised he had been conned, said Muay met him outside a bank wearing a bank clerk's uniform and looked credible enough.

He submitted the paperwork and the purchase was approved. Later she asked him to buy a second pickup on her family's behalf, which he did happily. He realised something was amiss when the finance company sent him an overdue payment demand. He was unable to contact Muay, and then saw reports in the media of other men having fallen victim to her wiles, laying complaints with police.

Pol Lt Col Wuthinan Namsaeng, deputy superintendent of investigations, said all purchase agreements were signed at a particular Ford showroom, though the dealer there denied she was working in cahoots with Muay.

The dealer, who declined to give her name, said Muay made contact via their website and asked if the showroom would pay her a commission for introducing customers. She reminded Muay that all purchases have to be approved by the finance company, not just the showroom.

However, other victims noticed oddities with the transactions, with the vehicle in one case bearing different registration plates on the front and back, and the dealer giving him only one set of keys. In some cases Muay turned up to take receipt of the vehicle herself, even though she was not the legal buyer, claiming her "boyfriend" wasn't able to get off work.

Muay has kept out of the media since the saga broke, but offered Amarin TV a bribe if it would take down stories concerning her scam from its Facebook page. Her mother has urged Muay to give herself in. She claims her daughter told her she is finding the vehicles on behalf of a gang which sells them on the black market.

Axe attack on pickup has precedent

The man who broke the window of a pickup with an axe after he saw its able-bodied owner park it in a disabled carpark in Chiang Rai this month says he thanks the so-called axe aunties of Bangkok for their road rage inspiration.

Businessman Peerapong Amornpich, who attacked the pickup at a megastore carpark in a blow for disabled rights and posted the episode on his Facebook, was feted by disabled groups who turned up to present baskets of flowers and lend him moral support as he fronted for a television interview last week. 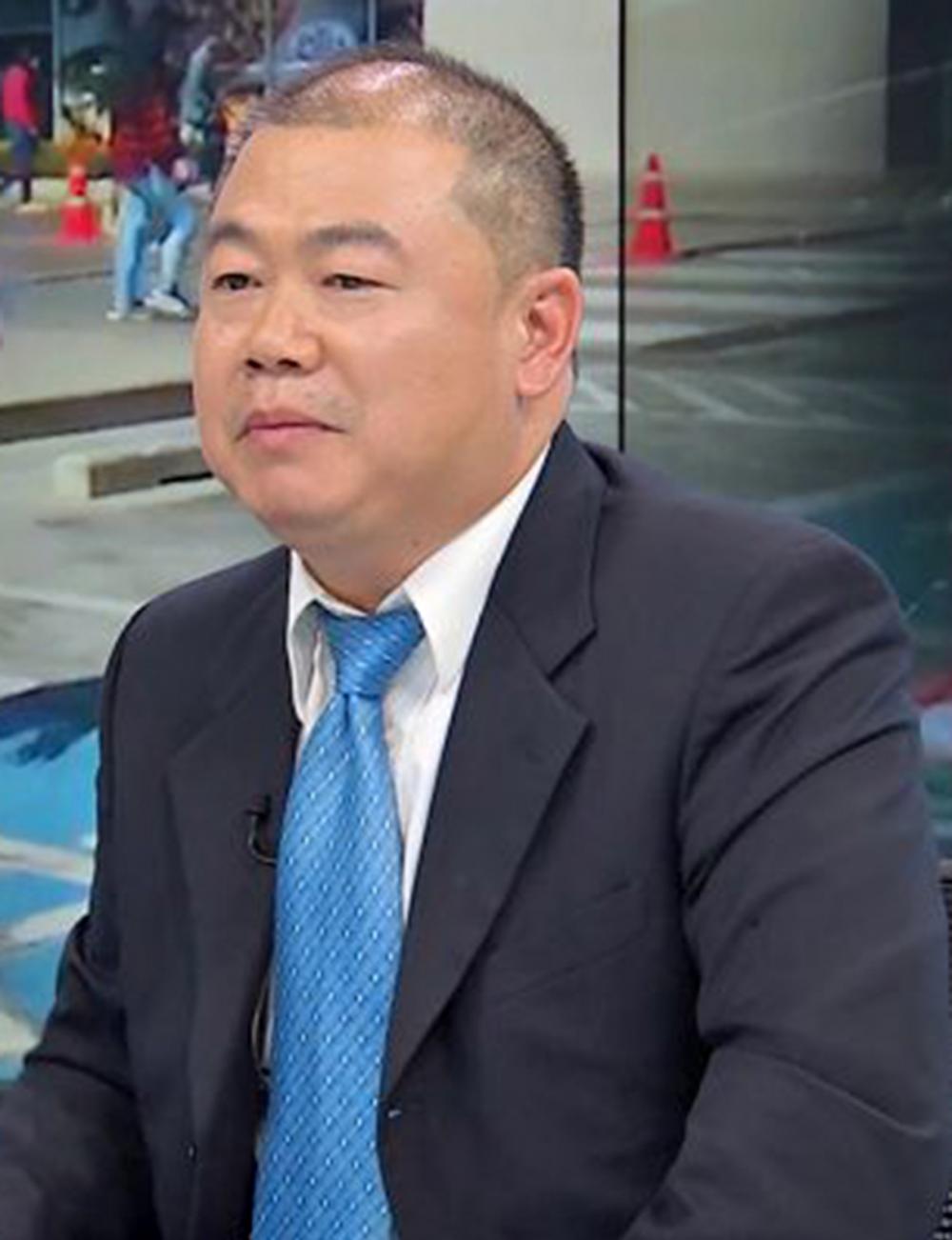 Among them was Association of the Physically Handicapped of Thailand vice-president Narong Paiwansao, who said he was worried Mr Peerapong would be discouraged by social media criticism that he should not have resorted to vandalism to make his point.

Mr Peerapong said he contacted the megastore's admin office but they declined to broadcast a message asking the motorist to move his vehicle from the space. They did ask the motorist to come forward, but the message apparently went unheard.

Mr Peerapong waited an hour and after returning from a meal with his family only to find the vehicle had not moved decided to break its window with an axe he keeps in his vehicle for emergencies. He said the act was the result of frustration he had felt a long time over the way society "takes advantage" of the disabled.

When he had asked able-bodied motorists in the past to move their vehicles from disabled parks, most obliged. However, the message on a broader level appeared not to be sinking in.

He said he waited for the owner to turn up and offered to pay to get the broken window repaired. The owner, who has also taken his share of flak on social media, claims he did not realise he had parked in a space for disabled customers and asked why Mr Peerapong had to resort to force. Mr Peerapong said he wanted to thank him nonetheless for helping make society a better place.

Mr Narong, from the association, said he wanted Mr Peerapong to know he was not alone. "Disabled people have to fight over this issue their entire lives. He did it to prompt awareness that disabled live among us. Disabled don't want an advantage over others, but they really do need their own parking because if the space is not wide enough they can't get out of their vehicles," he said.

Among Mr Peerapong's critics, who confronted him on the TV show, was lawyer Kertpon Kaewkert, who said he should try to exercise more self-control and next time call the police.

"He claims he was exercising his rights justly even though he was infringing the rights of others. Everyone must respect the law. He set a bad example by encouraging others to use force to solve problems," Mr Kertpon said.

Mr Peerapong said he was unhappy to read "fake news" reports that his wife had left him over the incident, or that he had fled home in fear of his own safety. "Some people might say I am mad, but if I can change society, it must be better than sitting there and doing nothing," he said.

"I would like to thank the axe aunties [two Bangkok women who used an iron bar to attack a vehicle from a nearby flea market which had blocked their driveway in Prawet district last year]; they set the example I followed. However, if I come across such an incident again I won't attack the vehicle because I have a family to raise and don't want to take risks," he said.

Despite that, he hopes society will take note of the message he wanted to send. "If you do wrong you might suffer a broken windscreen and public ignominy ... it's not worth it," he added.

Director and talent scout Poj Anon insists his contract with estranged star Kunatip "Nick" Pinpradap still has life to run, despite Nick's unilateral declaration last week that he was now a free agent after Poj refused to pay him outstanding promotional fees. 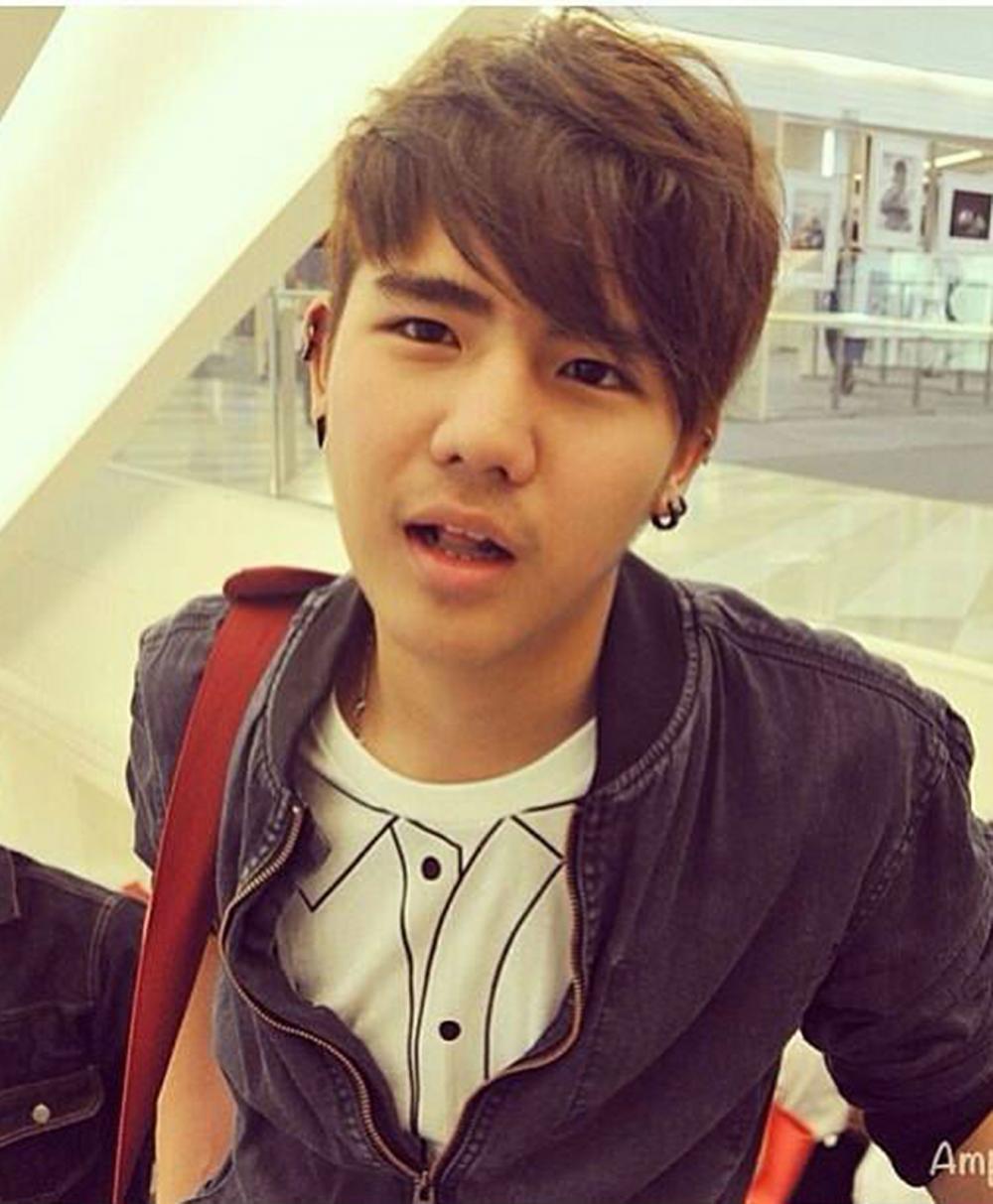 Nick and his celebrity lawyer, Sittra Biebangkerd, last week declared the young actor was free of his contractual ties and able to accept work without having to get it approved by Poj, who cast the young actor as lead in a series of teen ghost comedies before the pair fell out late last year.

Poj is suing his young acolyte for 5 million in a defamation row stemming from their payments row, with Poj earlier revealing he has paid the young actor 10 million baht in fees over their seven-year working relationship. He asked why Nick had been so ungrateful as to malign him in public.

Nick last week posted an image of a dove, declaring he was now free of his contract, and thanked his lawyer for his help. Mr Sittra said he had terminated the contract unilaterally in accordance with the law. He said he gave Poj notice under the Civil and Commercial Code of the need to pay 130,000 baht which he owes Nick for promotional work he did for the movie Songkran Saeb Sathan Lorkan.

The other side refused to pay by the deadline and in fact argued over the claim, so he brought the contract to an end. Poj, however, insists the contract cannot be scrapped in that way, and if Nick wants to buy him out for the two years-plus it has to run he must pay 2-3 million baht. 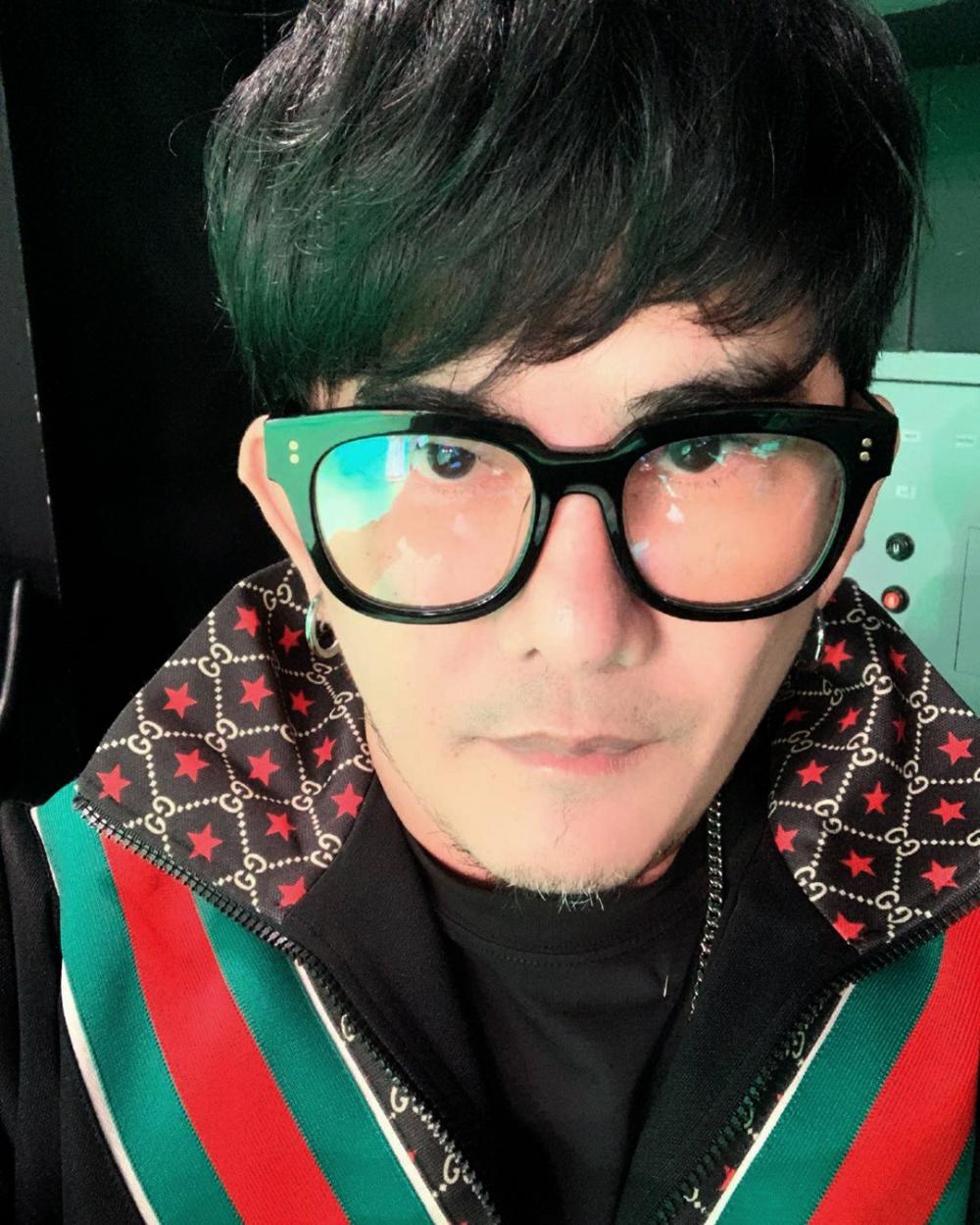 Poj's celebrity lawyer, Decha Kittiwithiyanan, has served notice on Nick that if he accepts work outside the contract, his employer risks being sued. The row continues.