What 2019 brought to Thailand's strongest industry

Life reviews the highlights of the tourism sector during the past 12 months. 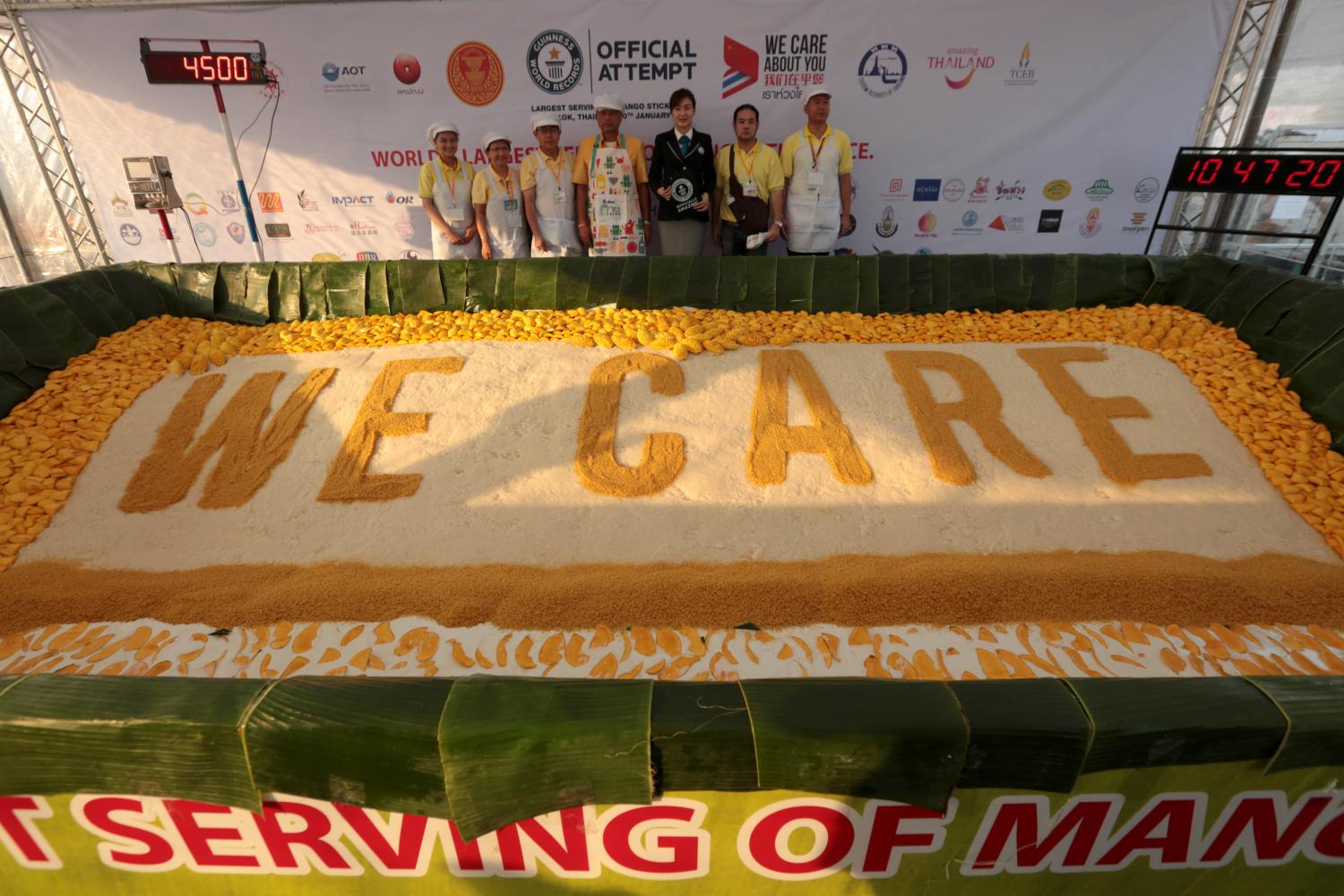 The fest was organised by the Tourism Authority of Thailand around the lake of Impact Muang Thong Thani in Nonthaburi. The activity was part of the government's "We Care About You" initiative to lure back tourists from China following the sharp decline in Chinese arrivals after the Phoenix tour boat tragedy in Phuket in 2018 that killed 47 Chinese tourists. 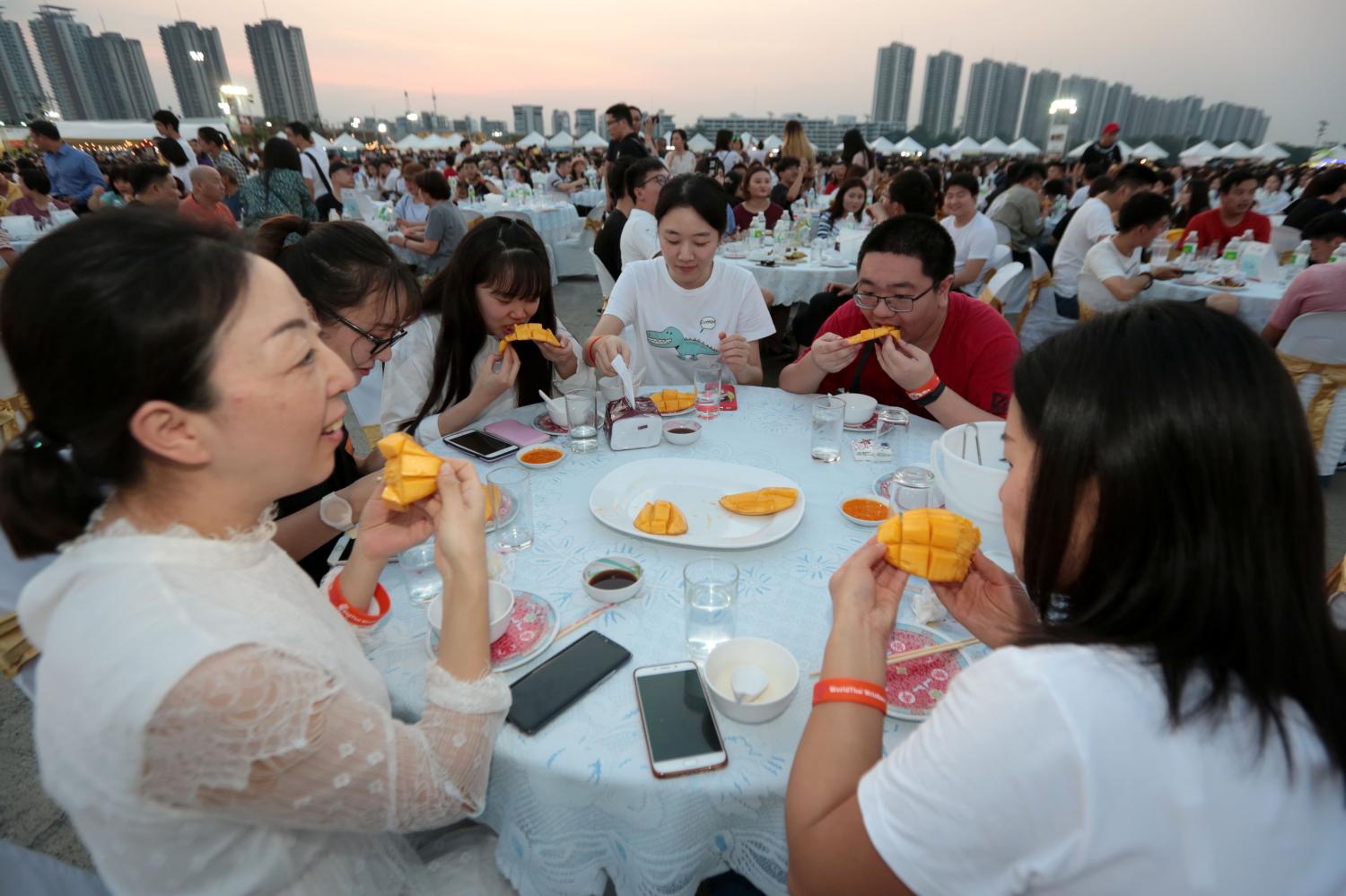 The mango sticky rice was later served to 10,000 Chinese tourists who were invited to join the dinner fest.

On Feb 14, the government began allowing visitors from 21 countries to apply for an electronic visa on arrival (E-VOA). 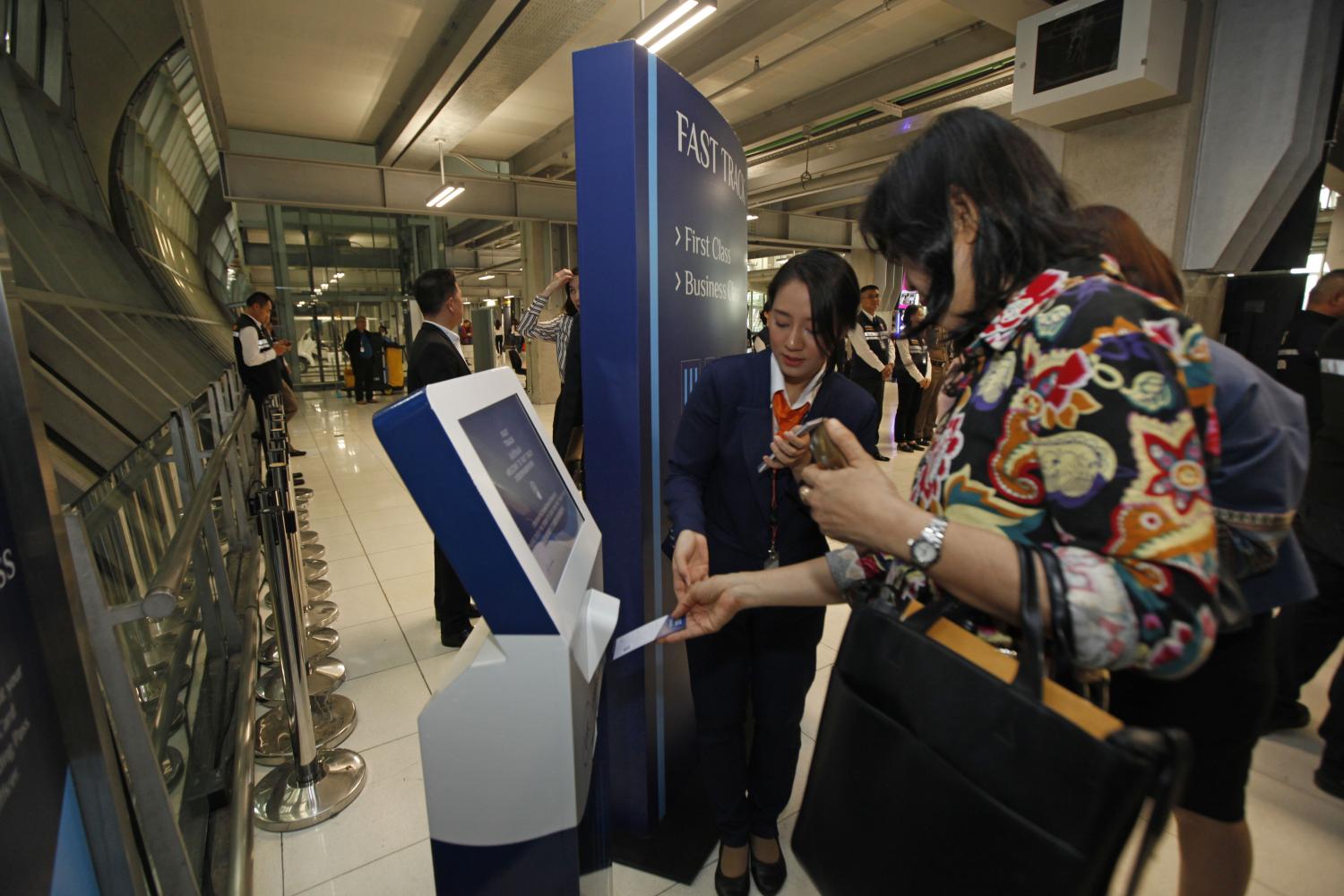 The system was jointly developed by the Immigration Bureau of Thailand and VFS Global, an outsourcing and technology services company that manages visa and passport-issuance-related administrative and non-discretionary tasks for its client governments.

The service allows visitors to apply for a single-entry visa for 30 days up to at least 24 hours before arriving in the Kingdom. The bureau aims to cut processing time for visas on arrival at airports to one minute per request.

The government also waived a 2,000 baht visa-on-arrival fee until April 30 next year. However, there are E-VOA service fees -- 500 baht for a regular service fee and 2,500 baht for an express service fee. Visitors can pay by using a credit or debit card, WeChat or Alipay.

After arriving at the airport, visitors with E-VOA should go to the Visa On Arrival area and enter the dedicated E-VOA lane to get final immigration approval from an immigration officer.

The government expected the service to boost tourism, which represents around 20% of GDP.

Since the middle of March, the Civil Aviation Authority of Thailand suspended use of Boeing 737 Max aircraft due to safety concerns following two fatal crashes within five months that killed 346 passengers flying Lion Air and Ethiopian Airlines.

Thailand joined regulatory authorities in other parts of the world to ground the aircraft.

According to Boeing, the Max jet is the fastest-selling airplane in its history, with 4,700 orders from 100 airline customers worldwide.

However, the company has recently announced a temporary halt to production of the aircraft after the Federal Aviation Administration in the US didn't approve the 737 Max's return to service before 2020.

The damage occurred in many locations, especially around Koh Kradan and Koh Chueak, the popular snorkelling spots. 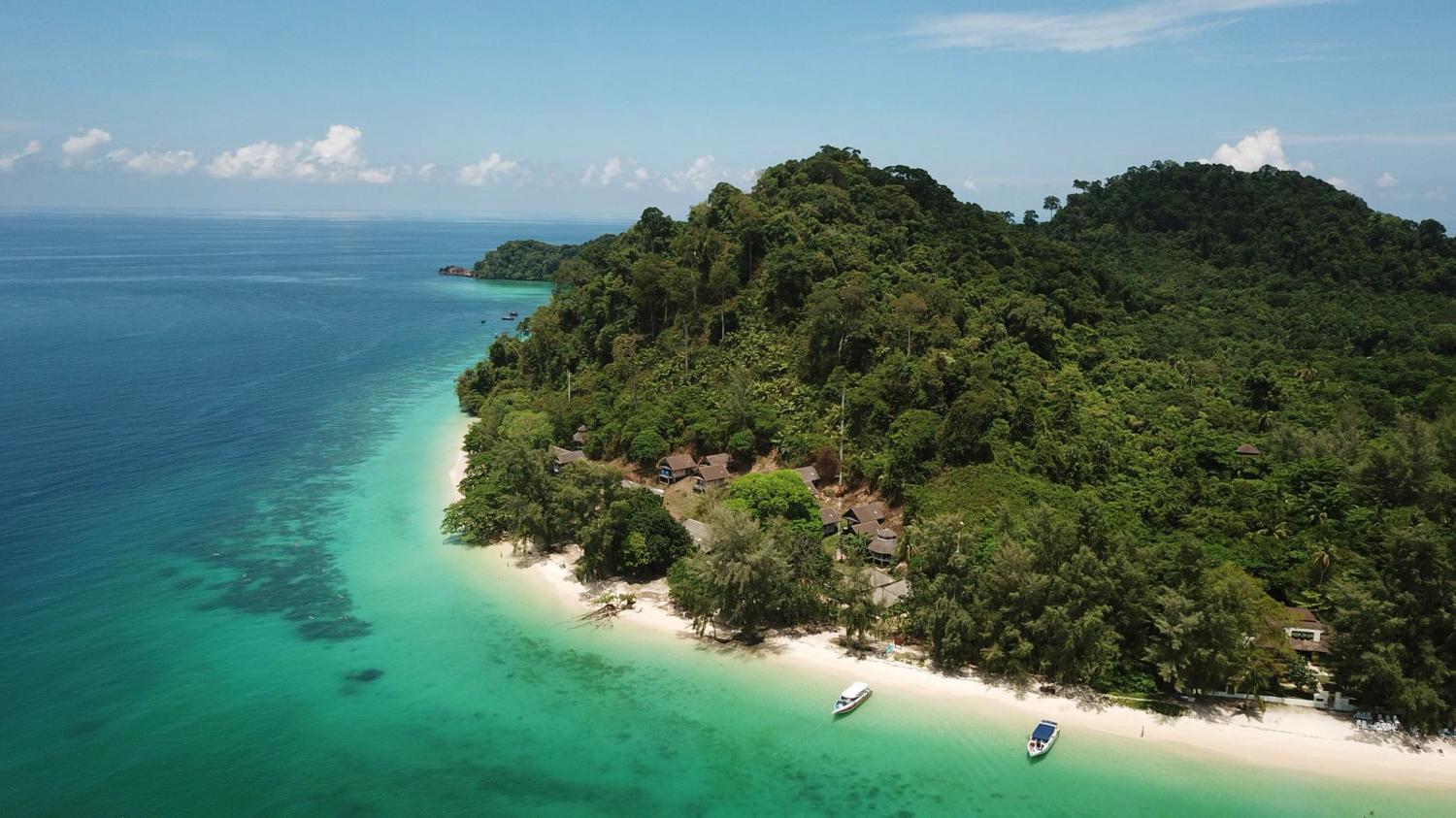 Tourists were ferried to the islands by big tour vessels and long-tailed boats. Some boats dropped anchor directly to coral reef areas and other boats remained anchored while the tide was low, and when they departed, the bottom of the vessels damaged the reefs. The park later demarcated areas away from the reefs where boats can moor and also announced closure during the monsoon season from June 1 until Sept 30 to let nature heal.

Meanwhile, the famous Maya Bay in Hat Noppharat Thara-Mu Koh Phi Phi National Park in Krabi has been closed for public visit until the middle of 2021.

The Department of National Parks, Wildlife and Plant Conservation claimed it was because the one-year closure begun last June resulted in ecological recovery. Other islands and beaches in the park will remain open to tourists.

The International Civil Aviation Organisation (ICAO) announced on May 27 that Thailand passed all evaluations for aviation safety standards.

Thailand was red-flagged by the ICAO on June 18, 2015, after the UN watchdog found 33 significant safety concerns. It took about two years for the Thai government to improve the aviation standard. On Oct 6, 2017, ICAO lifted the red flag but a lot of concerns still needed to be addressed, including rules and regulations, regulatory mechanisms, officer authorisation, airside operations, fleet airworthiness, flight services and airport facilities.

At that time, the country scored 34.2% for effective implementation. About 20 months after the red flag was lifted, the ICAO team returned to Thailand to audit the process between May 13 and 22. The team gave the country 65.07%, which exceeds its minimum pass threshold of 60%. The government expects that the success will create confidence and benefit the aviation sector and tourism industry a great deal.

Visitors from Thailand can drive on a new 114km-long road stretching from Hongsa, a Lao border town, to Nan's Chalerm Phrakiat district, to Ban Chiang Man in Luang Prabang. The road was constructed at a cost of 1.9 billion baht and was completed in April. The road was officially opened at the end of June. 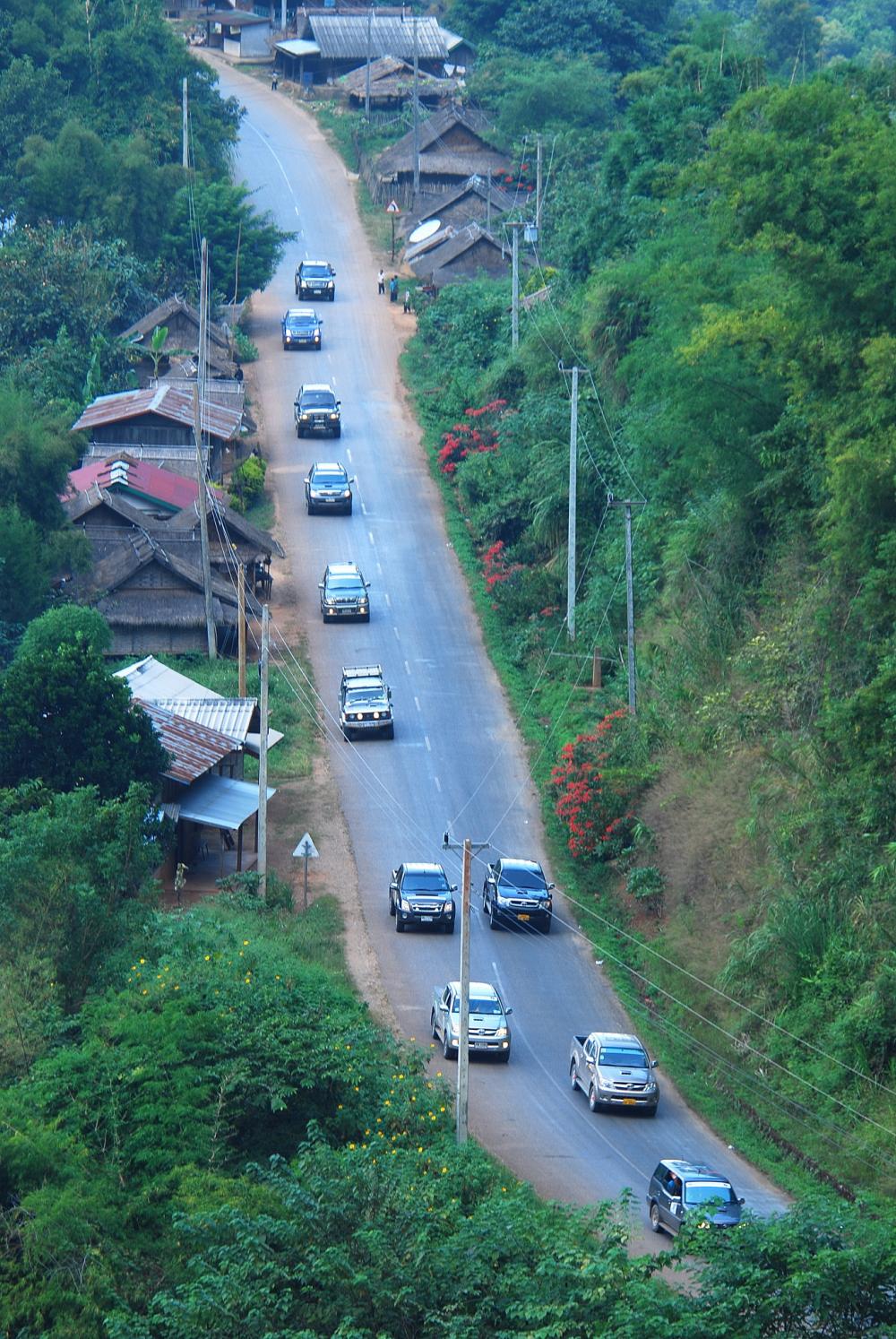 The road that links Nan to Luang Prabang in Laos. (Photo by Peerawat Jariyasombat)

With the new two-lane road open in Laos, travelling by car from the Huai Kon border checkpoint in Chaloem Phrakiat district to Luang Prabang can take about three hours, while travelling from Nan's Muang district to Laos' World Heritage city now takes only five hours, down from nine hours previously.

The road is also connected with Laos' network, which ties up with neighbouring Vietnam's Hanoi. The land network is expected to help boost the number of tourists in Thailand and Laos by 10-20% a year.

Also in June, the Thai government approved a fifth Thai-Lao Friendship Bridge across the Mekong River. The bridge will link Bueng Kan in Thailand to Bolikhamxay in Laos.

The Thai government will invest 2.5 billion baht to the project, which is worth a total of 4 billion baht. The rest will be paid by the Lao government.

The project is expected to be completed by 2022. 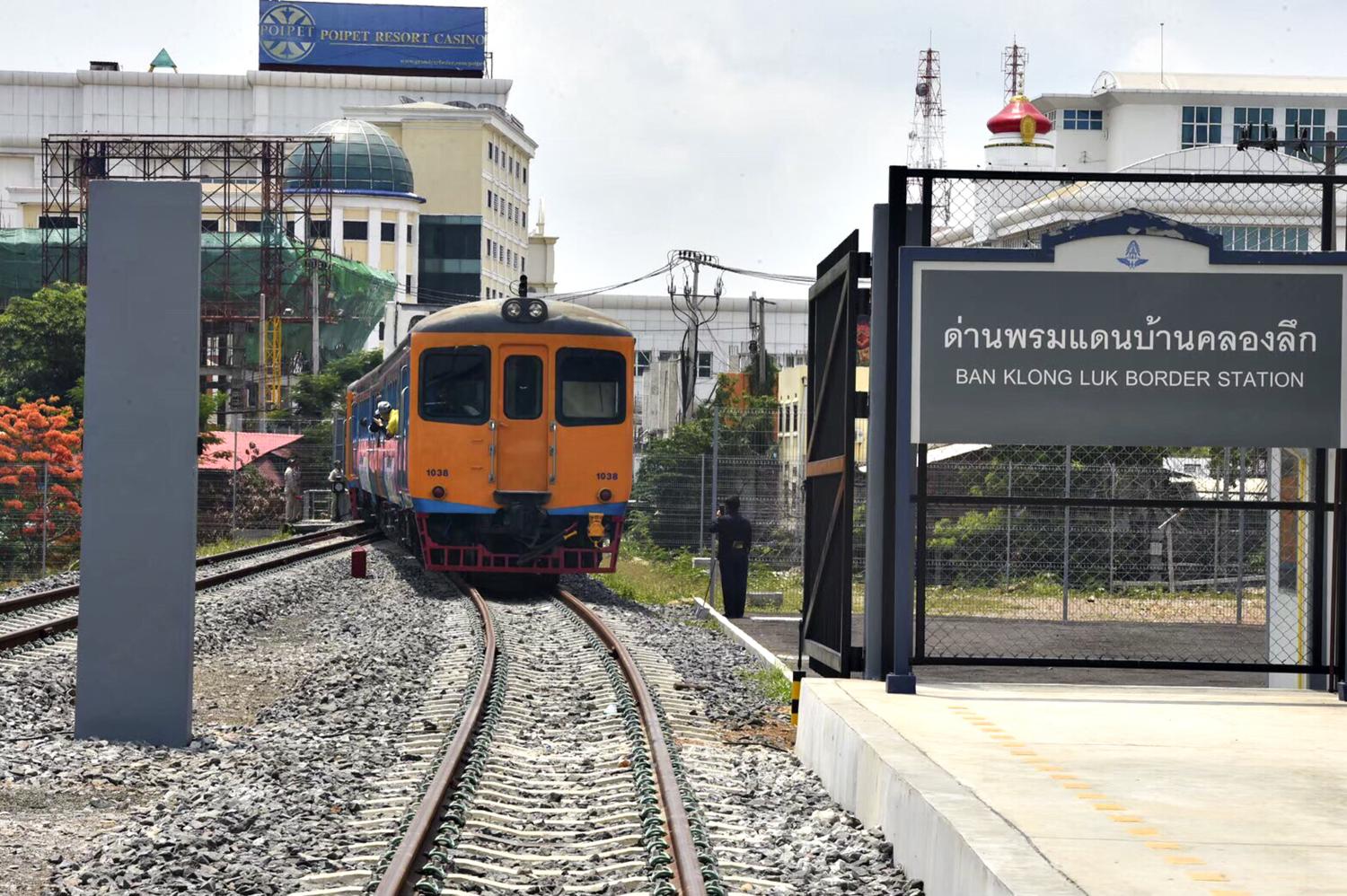 The service will facilitate the travel of Thai and foreign tourists who want to cross the border to Cambodia's Poipet.

Ban Klong Luek station was officially opened on April 22. The station is located close to the Rong Kluea border market. 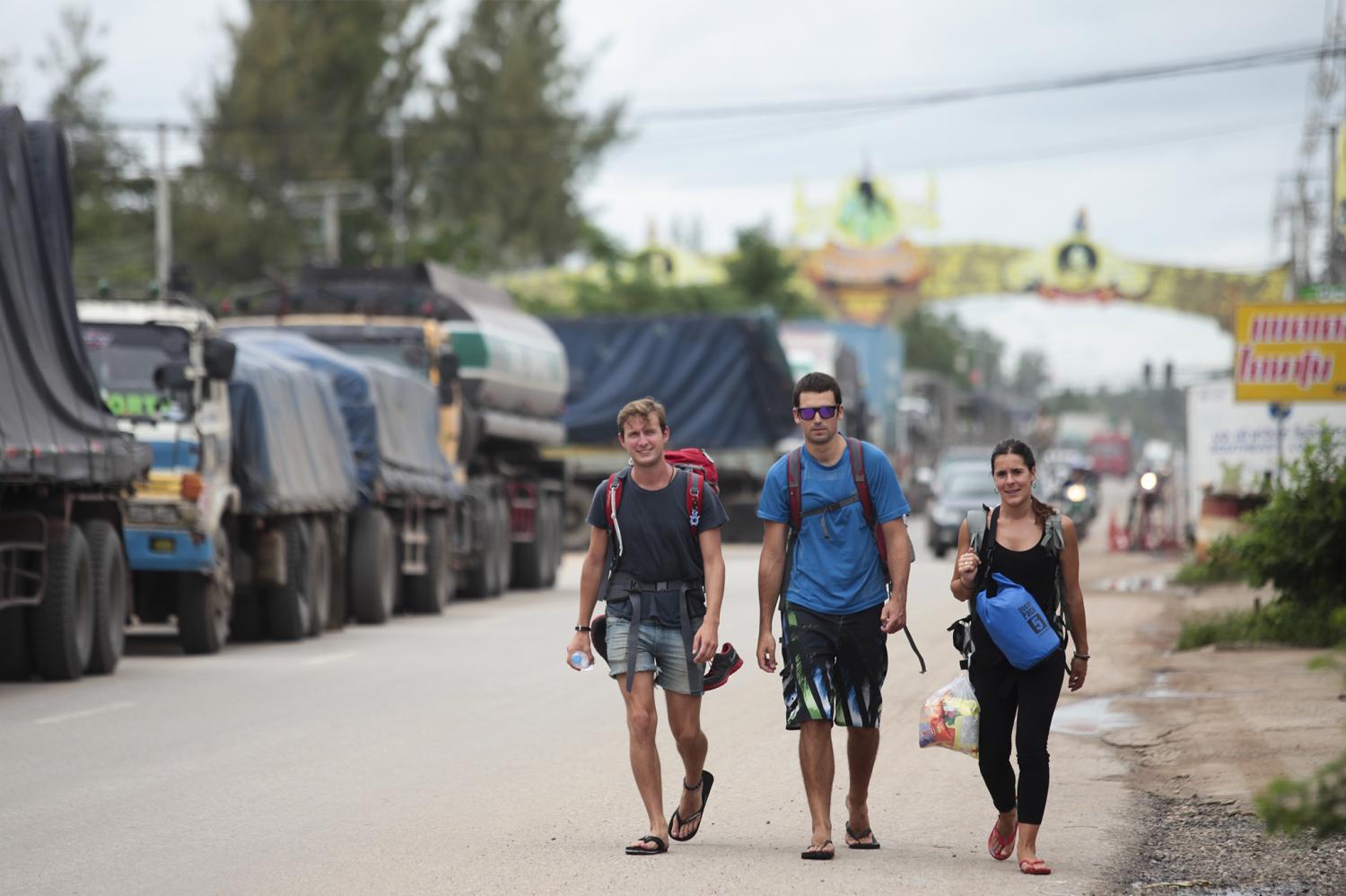 The service is available only for third-class seats. A one-way fare is 49 baht.

Prior to the launch, the governments of Thailand and Cambodia had signed an agreement to jointly operate the train service linking the two countries. The service will be available into the future.

Airports of Thailand (AoT) announced a plan to construct a new international airport in Phangnga.

It aims to ease passenger traffic at nearby Phuket International Airport and to boost tourism in the South.

The AoT's board approved the plan in principle for the fiscal years 2019-23. It will be submitted to the government for approval in the future.

If approved, the new airport is likely to be located on a 7,000 rai plot of land in tambon Khok Kloi of Takua Thung district in Phangnga, about 30km north of Phuket airport.

In 2018, Phuket airport recorded high growth, 11.5% for aircraft and 8.1% for passengers. The total number of passengers was 18.2 million, of whom 10.4 million were international visitors. The airport has the capacity to handle 20 million passengers. AoT now needs to invest in the new airport.

The first phase of the new airport will cost about 79.5 billion baht. AoT plans to build two runways, each 4km in length and capable of handling 22.5 million passengers a year. The airport is expected to be completed in 2025. 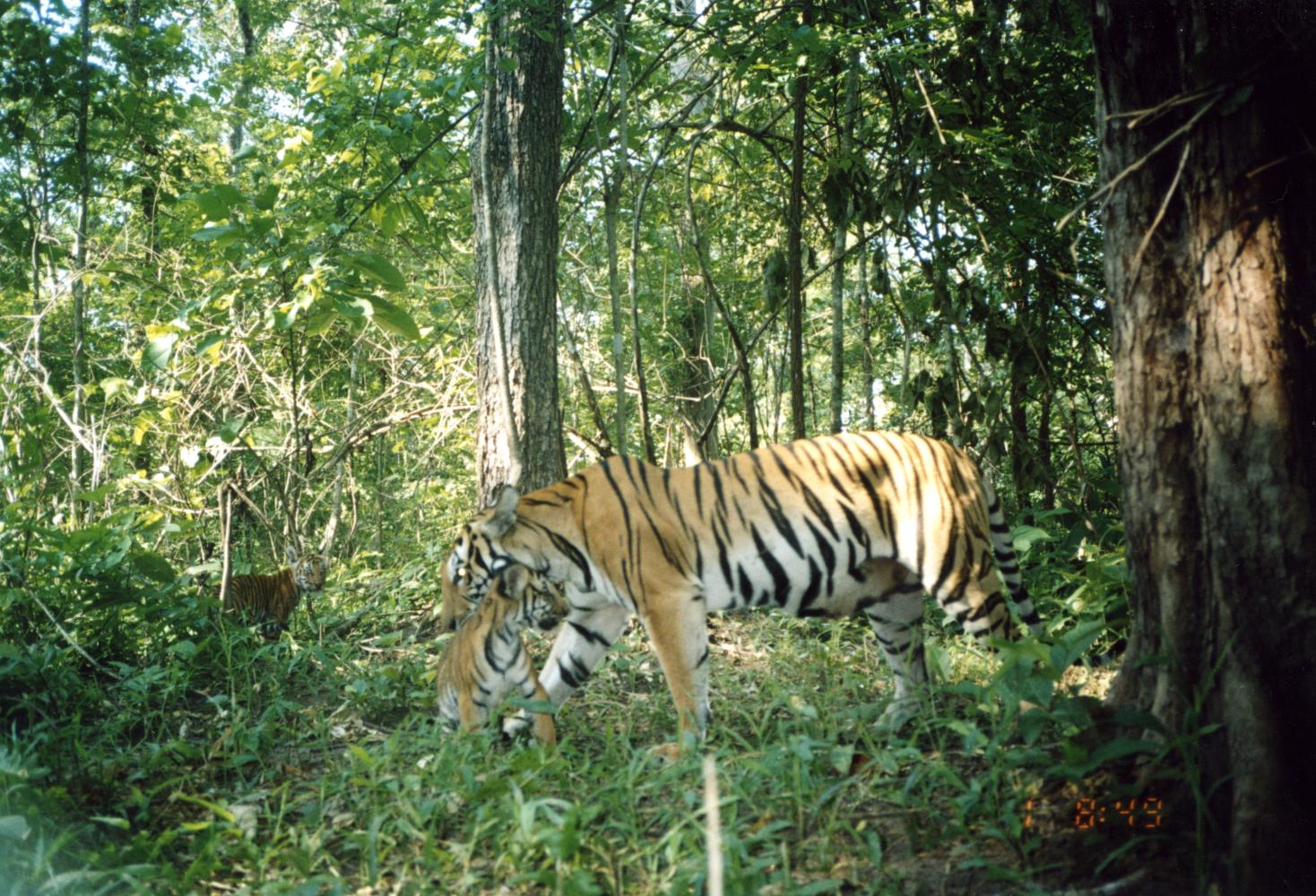 The plan was announced on Sept 1 at an event commemorating the 29th anniversary of the death of Seub Nakhasathien, a renowned conservationist and former chief of Huai Kha Khaeng Wildlife Sanctuary.

The department will work with Kasetsart University's Faculty of Forestry to conduct a feasibility study of the project. The study is funded by the United Nations Development Programme. To seek public support, the DNP announced that the safari zone would not be located within the Huai Kha Khaeng Wildlife Sanctuary, which is listed as a Unesco World Heritage site.

Instead, the tourism activity will be located in 15,000 rai of buffer forest, where local communities live.

The safari packages will include driving tours, a 3km canopy walkway and a high-end hotel complete with food and craft shops in Rabam village.

The study is scheduled to be completed within 22 months. 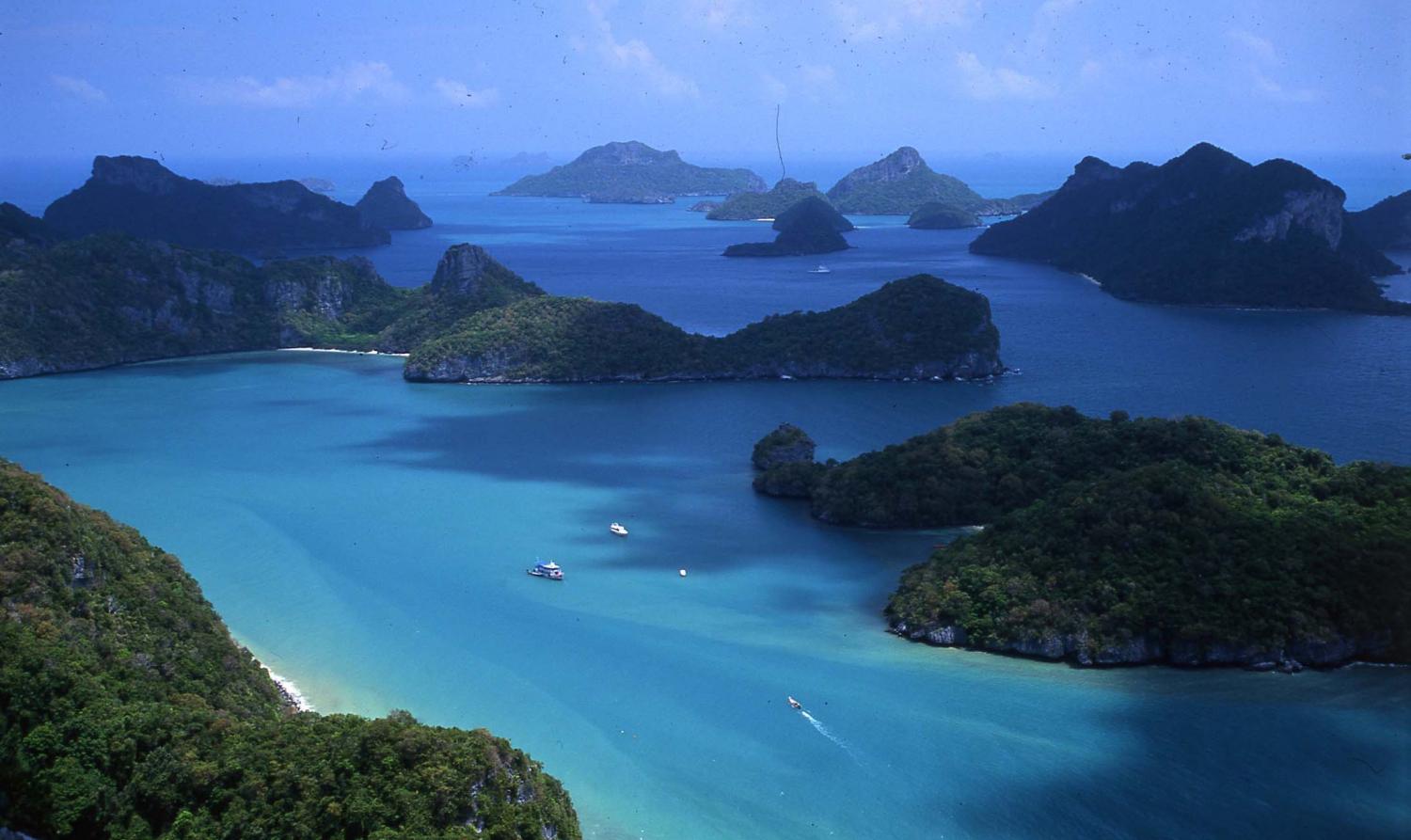 The announcement was made on Oct 10 at the 15th Asean Ministerial Meeting on the Environment in Cambodia's Siem Reap.

The criteria were based on uniqueness, diversity and outstanding values, and management plans.

Hat Chao Mai National Park and the Mu Koh Libong Non-hunting Reserve in the Andaman are well known for their biodiversity and as habitats for endangered dugong.

Ang Thong Marine National Park in the Gulf of Thailand, formed by 42 small islands, is known for its peaceful beaches, caves and coral formations.

Also announced at the event were three other new Asean Heritage Parks, including Lo Go-Xa Mat National Park and Ngoc Linh Nature Reserve, both in Vietnam, and the Htamanthi Wildlife Sanctuary in Myanmar.

Bangkok and Sukhothai are among five cities in Southeast Asia listed as part of the 66 Unesco Creative Cities on Nov 1. 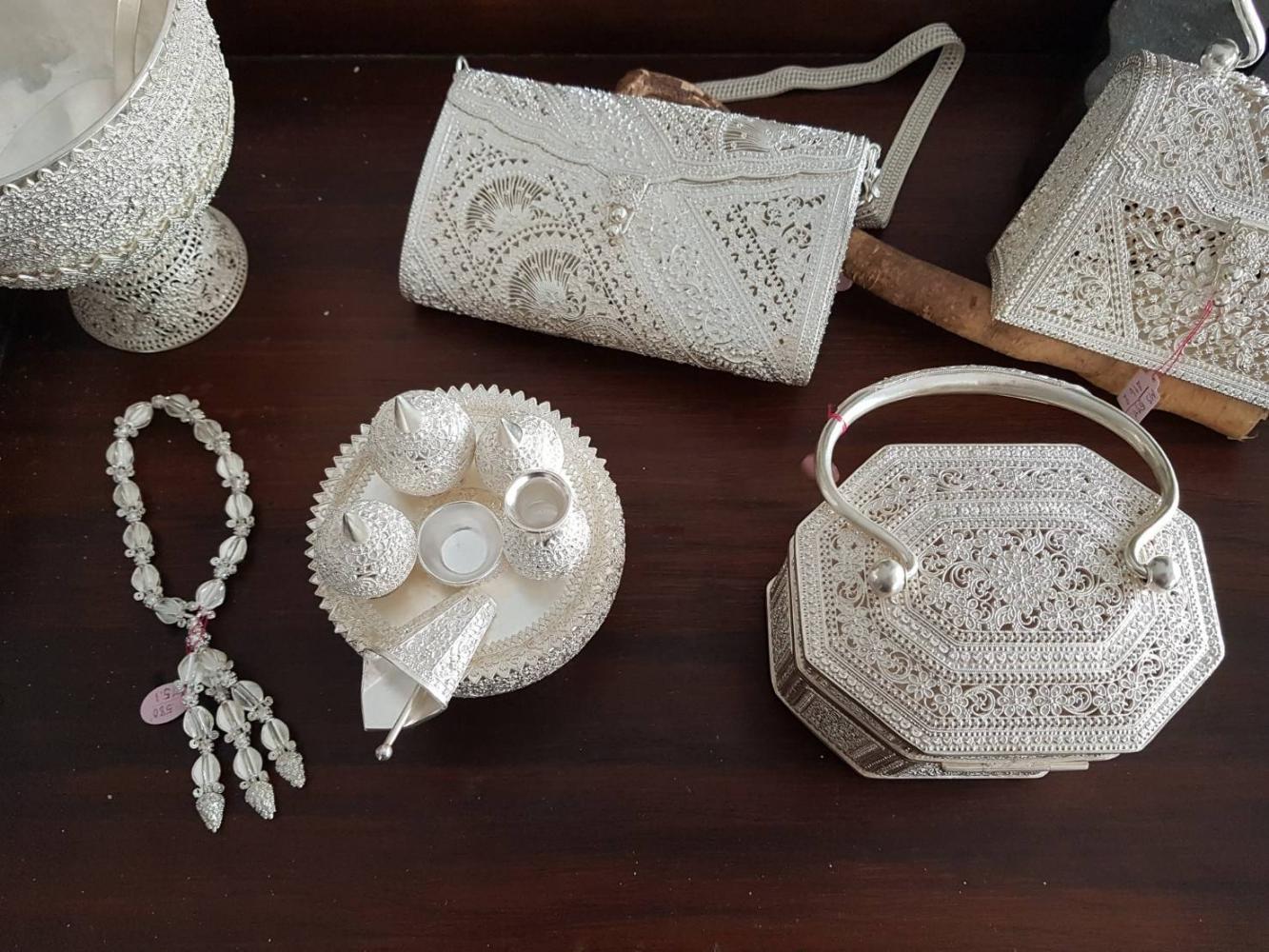 Unesco aims to promote co-operation among cities that have identified creativity as a strategic factor for sustainable urban development.

Launched in 2004, the annual awards listed 246 cities, including, this year, cities within the network to promote creativity and cultural industries as part of their development plans.

Other cities in Southeast Asia named as Unesco Creative Cities 2019 are Ambon in Indonesia (Music), Cebu City in the Philippines (Design) and Hanoi in Vietnam (Design).

The total number of international tourists is likely to hit 39.8 million, generating 1.96 trillion baht for the country's economy this year.

The tourism industry grew about 4% from last year, according to the Ministry of Tourism and Sports.

The ministry adjusted its target of international visitors twice, from 41.3 to 40.2 million in July, and later to the present target of 39.8 million. The slower growth is attributed to the global economic slowdown, the baht's appreciation, and soaring fuel prices, which disrupt travel plans.

During the first 10 months, the country welcomed about 32 million international visitors. Tourists from China were still the largest group of travellers, and 9.34 million visitors from the mainland came to the Kingdom, up 3.58% from the same period last year, when it was 9.02 million visitors.

The ministry was confident that the new projection of 39.8 million would be achievable, thanks to visa exemptions for visitors from 21 countries and other tourism-stimulus packages.

The ministry forecasts that the tourism industry will still grow next year. The target for international tourists will be 40.8 million visitors, with 2.02 trillion baht in earnings, up 2.5% in volume and 3% in value.