A seat at the table
Life
Social & Lifestyle

A seat at the table

Through the League of Nations, which came into being 100 years ago, Siam found a vehicle for modernisation and international recognition

On Jan 10, 1920, 42 states embarked on a revolutionary experiment. On that day, a radically new organisation came into being via the Treaty of Versailles: the League of Nations. This was the world's first go at creating an international organisation for maintaining peace. One of its founding members was the Kingdom of Siam. 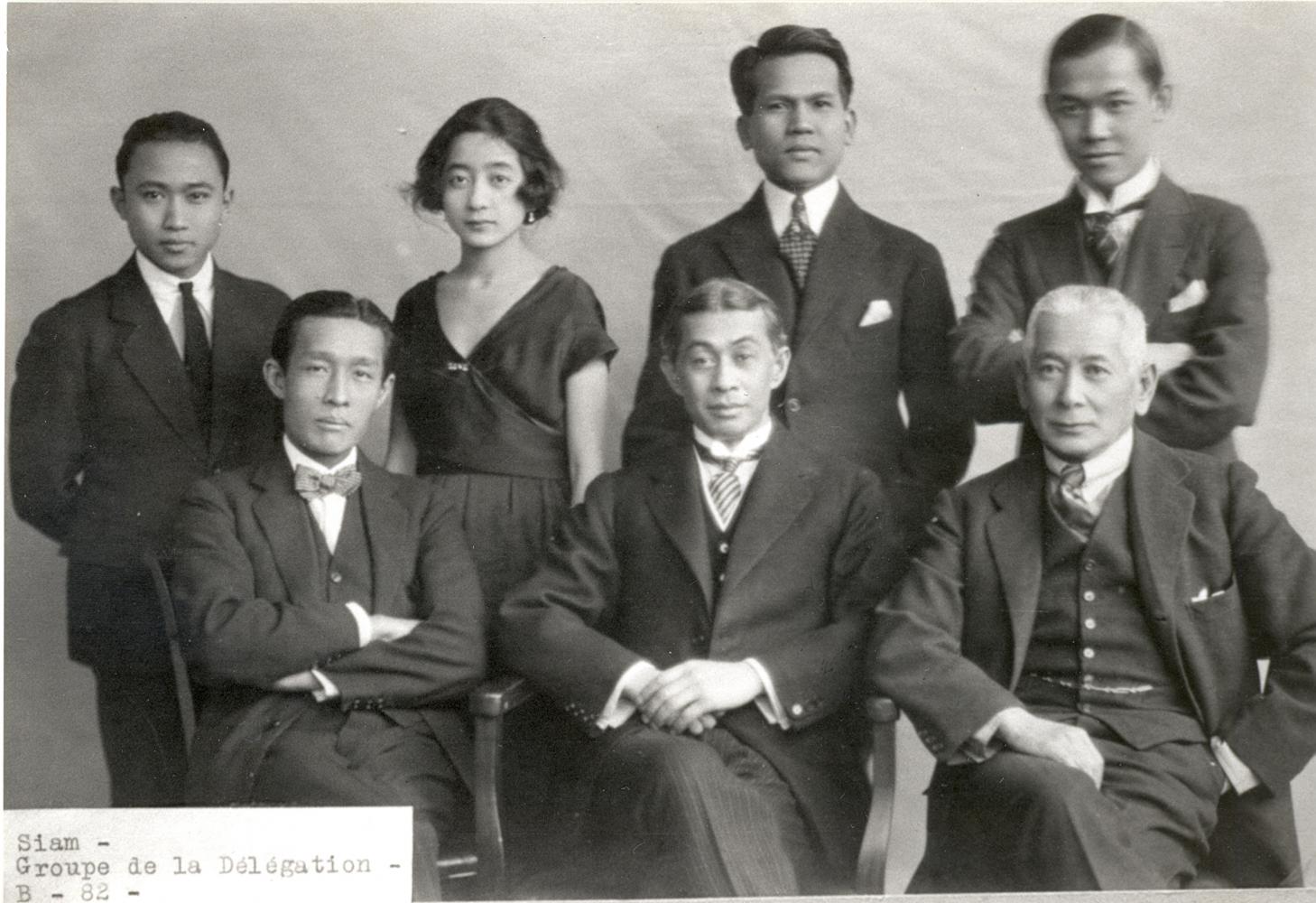 Exactly a century ago, a world order was created that remains familiar to us today, where a standing global body -- then the League of Nations, now the United Nations -- could, at times, hold states to account; where the ideal of open diplomacy was pursued and where the growing number of global problems could be debated and, ideally, addressed.

Popular history, if it remembers the League of Nations at all, remembers the UN's predecessor as a failed first attempt at maintaining peace among nations. And it is true. The League suffered from a variety of birth defects that seriously hampered its effectiveness as guardian of peace and relegated it to a mere bystander when the world descended into the horrors of global war once again in the 1930s.

But the League was much more than a failed first attempt in the multilateral organisation of states. As early as the 1920s, it laid the foundations and achieved significant progress in numerous areas, such as advancing public health, caring for refugees, fostering international labour standards, promoting disarmament, establishing children's rights and fighting against trafficking in human beings and dangerous drugs.

The League was essentially a Western, liberal-democratic project, but the membership of Siam, as well as Japan and China, was important for ensuring the organisation's global reach. We are familiar with the League's threefold structure from the United Nations, which mirrored its predecessor when it was formed in 1946. It was made up of a general assembly acting as the highest decision-making body of all member states with one vote each, a council of permanent and non-permanent members as the assembly's executive body, and an international secretariat headed by a secretary-general. The Swiss city of Geneva would become the home of the League from 1920 onwards. 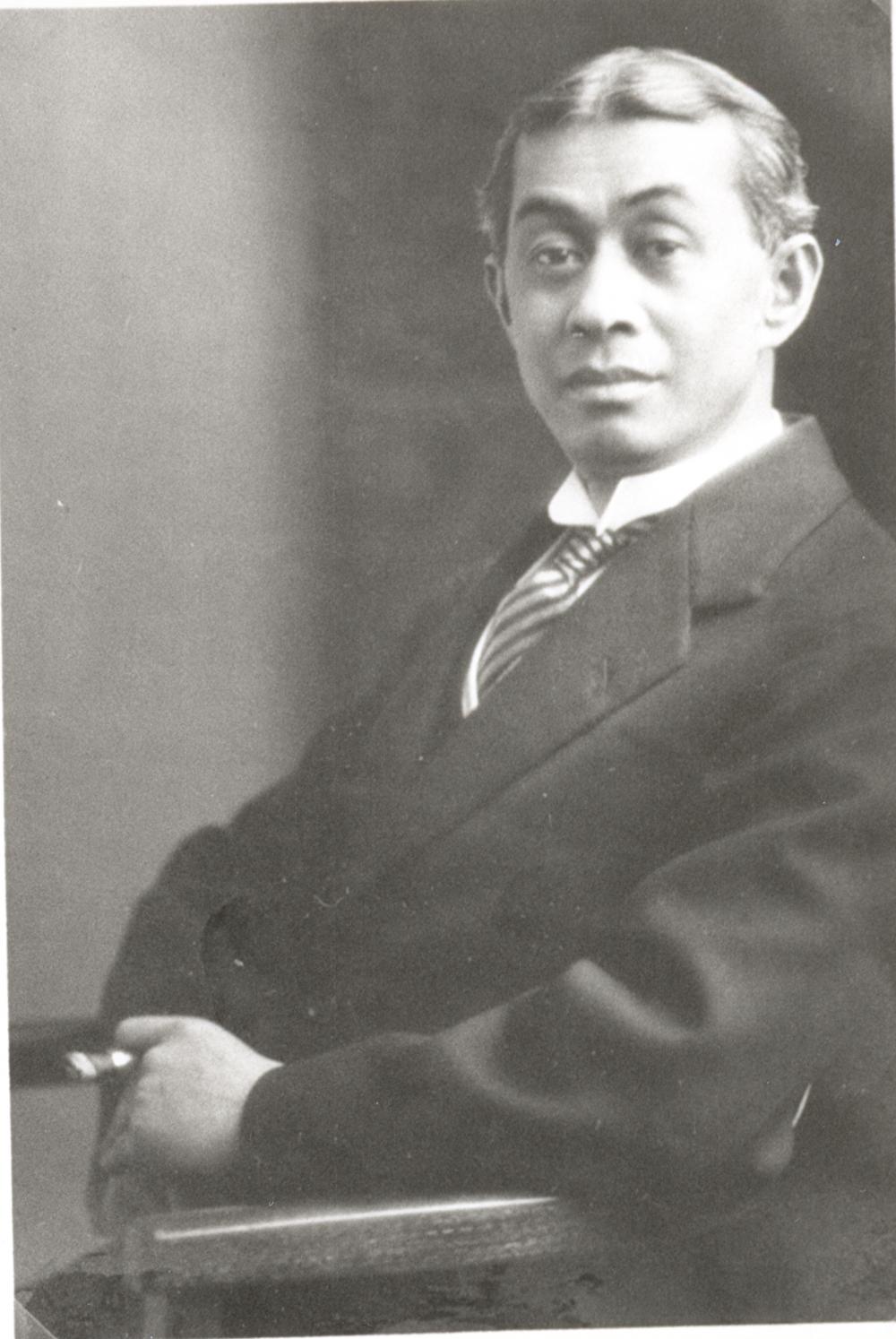 When the era of international organisation began, Thai princes sat at the table with the predominantly European states and were gratified by the diplomatic success this signified. Siam had joined the Allied cause in World War I and had, rather spectacularly, sent a small expeditionary force to Europe, primarily in order to solidify its sovereignty and territorial integrity in times of imperialism, when it was surrounded by European colonial possessions.

This strategy bore fruit when Siam's delegates signed the Treaty of Versailles in June 1919, which ended the war and founded the League. That Siam would be a member of the new League of Nations was by no means a forgone conclusion. After all, the conflict with France was still within living memory for many, and during this period of imperialism, Siam's sovereignty had been anything but secure.

Siam's representatives at the numerous meetings and the annual General Assemblies were a who's who of the leading diplomats of the era. For Prince Charoonsakdi Kritakara, becoming Siam's first permanent delegate to the League was the pinnacle of his career. He represented his country in Geneva for eight years in the effective and eloquent, while unobtrusive style he had refined in elite circles of Bangkok, London and Paris.

He was succeeded by Prince Wan Waithayakorn, arguably the most prominent Thai diplomat of the 20th century, who remained Siam's representative at Geneva until the revolution of 1932. Other prominent diplomats associated with the League of Nations included Phraya Bibadh Kosha (Celestino Xavier), Luang Vichit Vadhakarn (Kimleang Vathanaprida), Phraya Srivisarn Vacha (Tienliang Hoontrakul) and Prince Chula Chakrabongse. 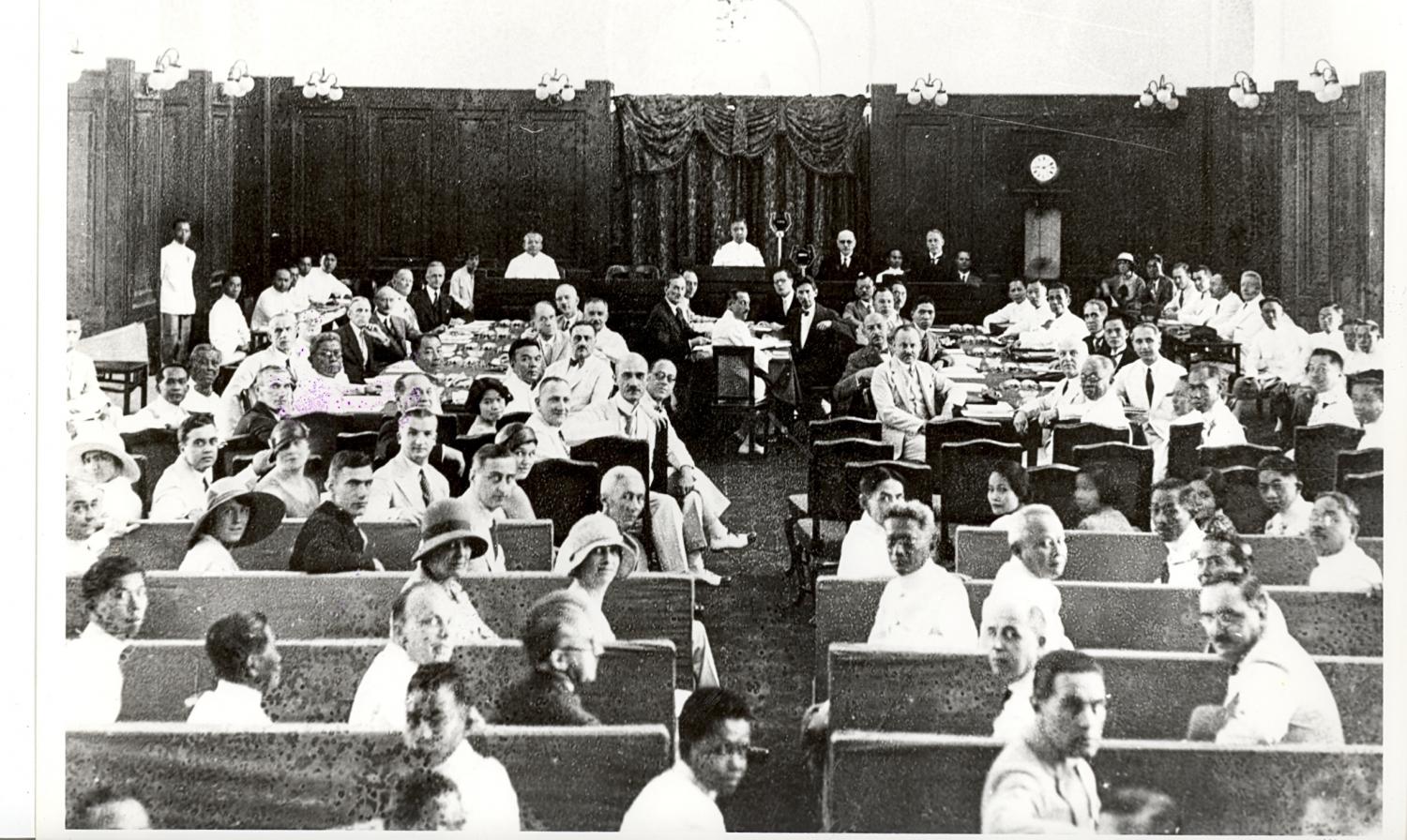 Several areas of the League's technical work had a tangible impact on developments in Siam from the 1920s onwards. One major effort was the international fight against opium, which had already begun before World War I.

Throughout the colonial territories of Asia, opium was a major source of revenue and an important means for the colonial powers to control the indigenous populations. In Siam, opium smoking had a long tradition and the opium trade was a lucrative one -- in 1920, it contributed to more than 25% of government revenue. The League instituted a monitoring system for the legal opium trade and began promoting awareness of opium smoking as harmful.

The Siamese government, eager to bolster its progressive credentials internationally, joined in with these efforts and, in 1931, even hosted an international conference for the first time. This major diplomatic achievement resulted in the first international agreement to bear the name of the Thai capital -- the "Bangkok Agreement On The Suppression Of Opium-smoking In The Far East" of November 1931.

But while opium control did indeed improve, and national legislation was instituted in line with the Kingdom's international commitments, smuggling remained rampant. Nevertheless, the seeds of opium-control had been planted by the League. By the 1950s, Thailand had begun to accept that selling opium to addicts was anachronistic and in 1959 the legal sale of opium was finally abolished. 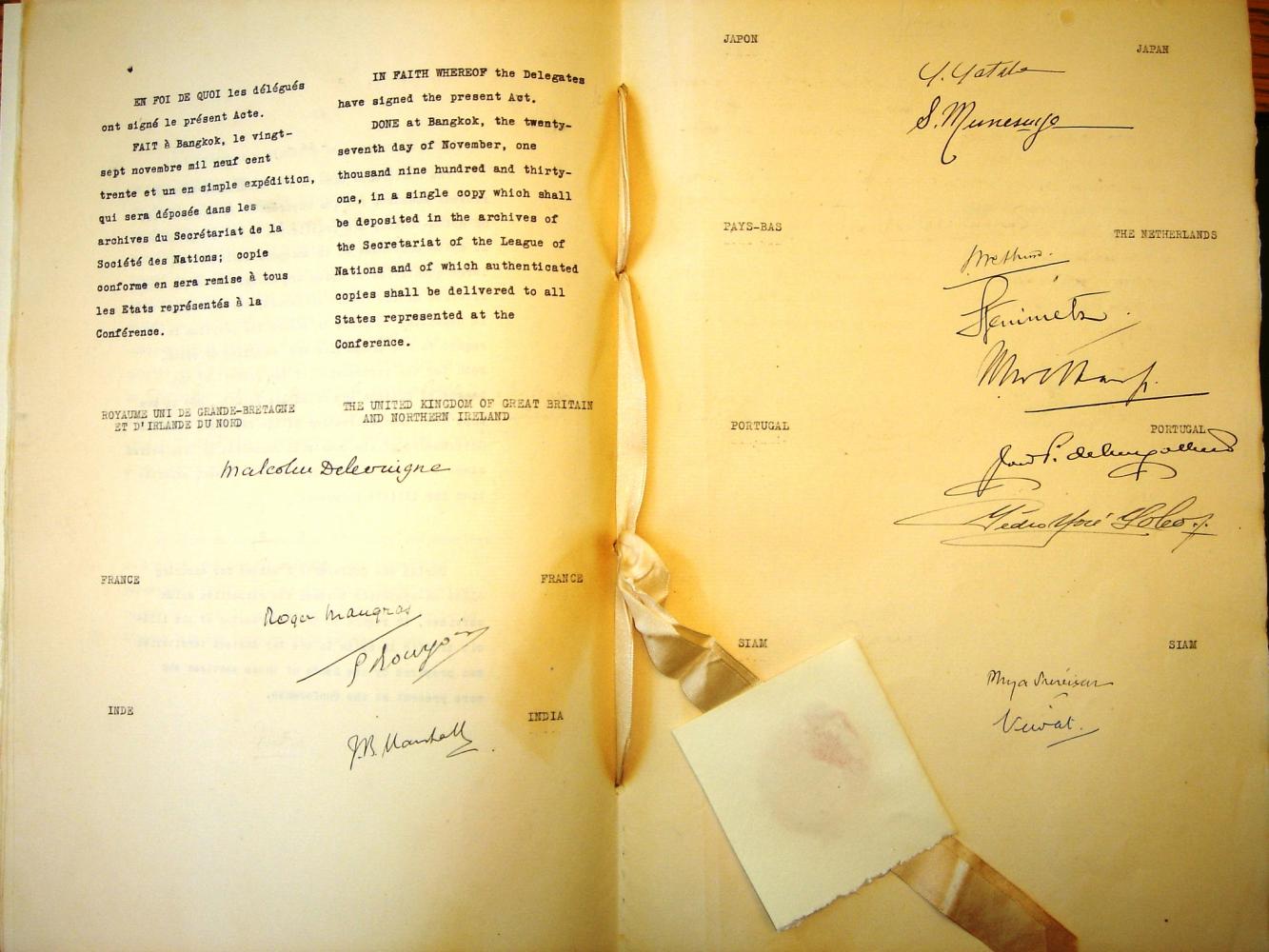 Signature page of the Bangkok agreement on opium-smoking of 1931. League of Nations Archives

With globalisation and increased mobility, public health became a global issue in the early 20th century, especially in the immediate aftermath of World War I and the great influenza pandemic. The League created a health organisation, the first iteration of today's WHO, and the governing elites in Siam utilised its work to develop the Kingdom according to Western-inspired concepts of modernisation. Indeed, Siam's membership of the League's health organisation was a very important stimulus for the development of public health in the Kingdom before World War II with regard to leprosy, malaria and cholera; pharmaceutical standardisation, hygiene and port health; training of public health managers and medical practitioners; and participation in an international early warning system for epidemic diseases.

This early warning system allowed Bangkok's port authorities to quarantine arriving ships carrying infectious diseases, which had a significant impact on limiting the death toll resulting from recurring outbreaks of cholera and other diseases in the city during the sixth and seventh reigns. As King Rama VI declared in 1925: "Nothing greater perhaps has been achieved in my reign than the progress with regard to sanitation and public health."

International human trafficking in Asia became a concern of Western governments and humanitarian organisations in the wake of the Russian Revolution, when many Russian women and girls fled the country to China and Southeast Asia, where they often ended up working as prostitutes. The League was entrusted with regulating this humanitarian issue, which led to a clash of different standards of morality and sexual conventions, as well as gender roles.

In Siam, prostitution had been an accepted part of society and had, since the turn of the 20th century, been regulated by public health laws. Together, human trafficking and prostitution created a social issue in Siam, primarily in the context of the Chinese minority and large-scale Chinese immigration. Following the influx of predominantly single male Chinese labourers into the kingdom since the late 1800s, immigration of Chinese women increased by 140% in the 1920s.

Many of them did not arrive of their own free will but were trafficked for marriage or prostitution. 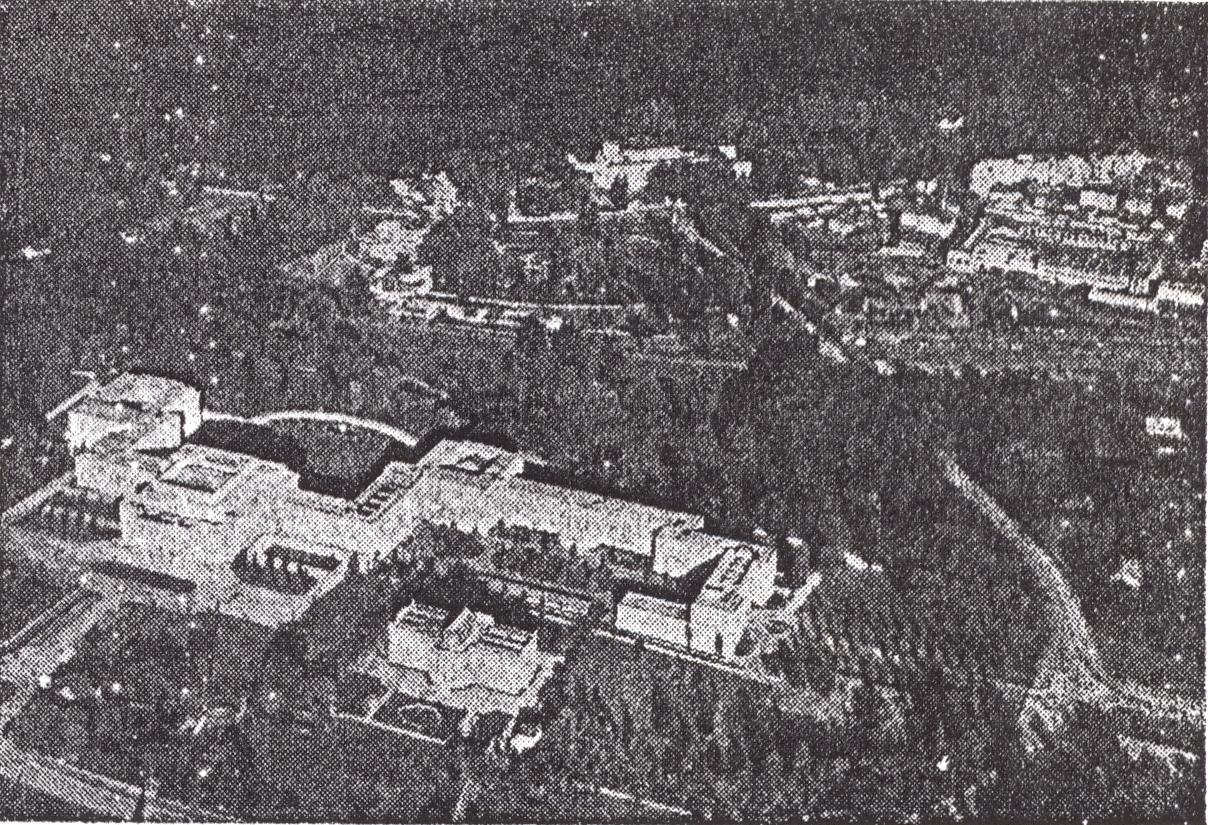 Siam became one of the earliest signatories to the League's "International Convention For The Suppression Of The Traffic In Women And Children" of 1921, which garnered plaudits in the West, but initially had little effect back home. King Rama VI then increasingly sought to improve the status of women in society, in order to strengthen patriotic sentiment and Western-inspired civilisation, while also curbing Chinese immigration. Together with continuing international pressure from the League, these attitudes eventually led to the Immigration Act of 1927, which was designed primarily to limit the influx of Chinese women into Siam, and the first Thai law on human trafficking the following year, in compliance with the 1921 convention.

International pressure from Geneva also triggered revisions in the Thai penal code in 1931, which stipulated that trafficking and procurement of minors under 18 (raised from 12) years of age was a punishable offence with a maximum fine of 2,000 baht and up to five years of imprisonment. The minimum age of prostitution was raised to 18 from 15 years of age, and the age of consent was raised marginally from 12 to 13 years of age. The 1930s then saw the establishment of the first safe houses for trafficking victims in Bangkok and an increased awareness of the problem among policymakers and the general populace.

While illicit drugs, human trafficking and epidemic diseases remain pressing problems in today's world, these brief examples demonstrate how Siam's membership of the League of Nations triggered legal and social change in the Kingdom, as Western, progressive ideas and scientific knowledge were met by pre- and post-1932 elites that desired to appear modern and civilised in the eyes of the world and its peoples. One hundred years since the League's inauguration, its successor the United Nations remains perennially controversial, but also indispensable for an increasingly interconnected world faced with so many challenges of regional and global scale.

Stefan Hell is a historian and the author of Siam And The League Of Nations -- Modernisation, Sovereignty And Multilateral Diplomacy, 1920-1940 and Siam And World War I -- An International History, both published by River Books in Bangkok. The latter book is also available in a Thai language version. 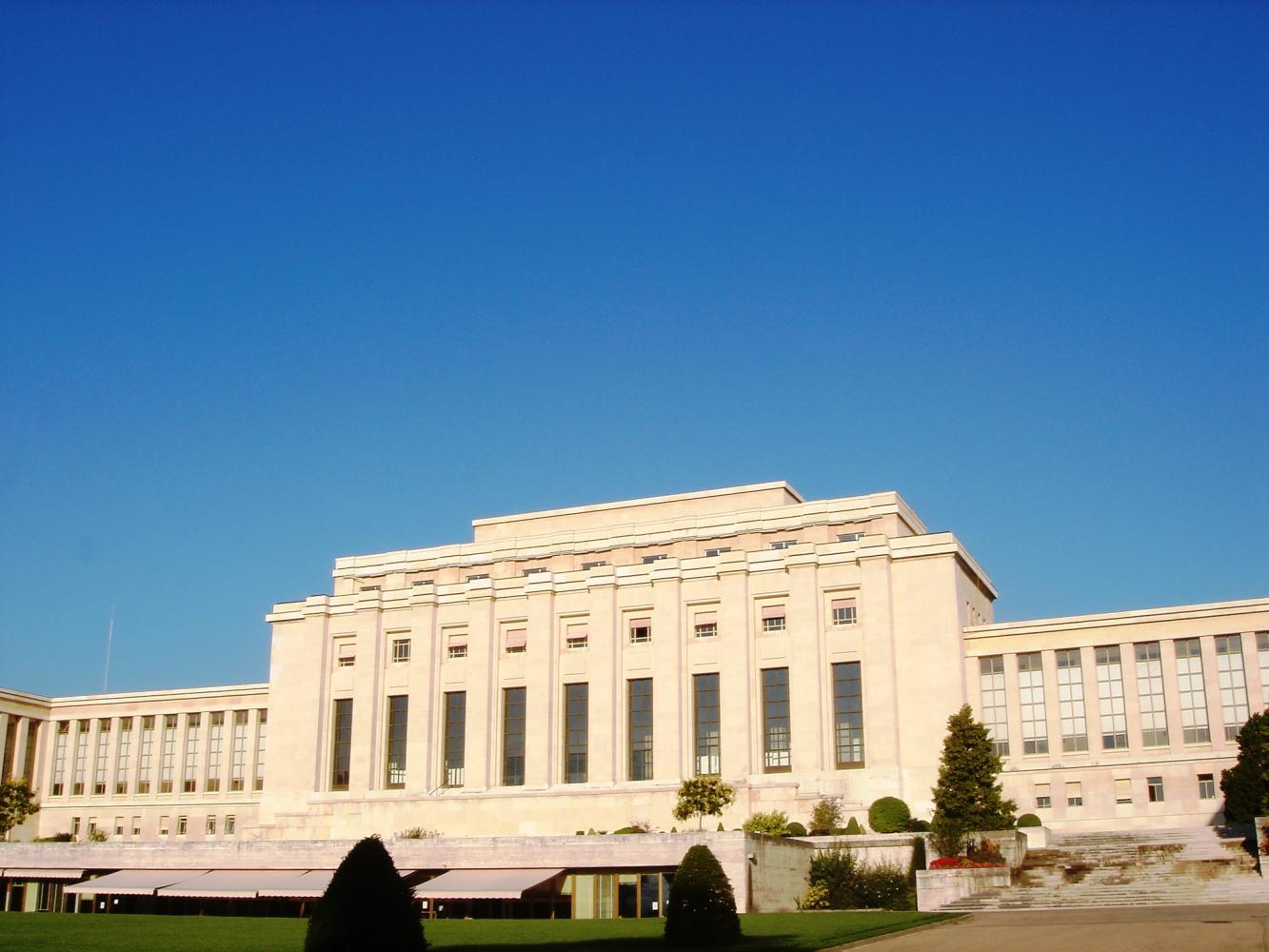 The European headquarters of the United Nations in Geneva, Switzerland, previously served as the seat of the League of Nations. Stefan Hell