Conflicts between wild elephants and farmers living near forests can be severe in certain parts of Thailand. The problem happens when the pachyderms venture outside of their natural habitat to forage. That often results in villagers losing a year’s crops, elephants getting killed or both. But a non-violent solution is now a possibility, and the public can help make it happen.

Elephants are afraid of bees. This inspired Dr Lucy King of Save the Elephants to invent the beehive fence. The fence is made by hanging beehive boxes around farms and properties at about the elephants’ eye level, linking them with wire or rope. If a raiding giant mammal hits any of the boxes, the honeybees inside will get agitated and swarm out to protect their nests.

That’s not all, the impact from the initial hit reverberates around the fence, reaching the other beehive boxes and the bees within. Hearing the deafening buzz of angry bees, elephants rush away, just as a human would. Unlike people, elephant skin is very thick and they know how to protect delicate areas such as their eyes from being stung.

The elephants, therefore, are not harmed. Farmers, meanwhile, not only protect their crops but also get extra income from honey.

The initiative has proven to be efficient in deterring wild jumbos from trespassing onto farmland in Africa. It won the St Andrew Prize for the Environment in 2013.

In Thailand, the beehive fence was adopted by Phu Luang Wildlife Research Station, which is based in its namesake wildlife sanctuary in Chaiyaphum. The station’s researchers found that the measure is also effective with Thailand’s Asian elephants. Since 2015, demonstration sites have been set up in areas that have suffered from elephant-human conflict.

So far, there are 20 or so such sites on the boundaries of selected protected forests, among them Khao Yai and Kui Buri national parks as well as Phu Luang, Salak Phra, Dong Yai and Khao Ang Rue Nai wildlife sanctuaries.

One of the demonstration sites in Kaeng Hang Maeo district of Chanthaburi, according to Patarapol Maneeorn, a prominent wildlife veterinarian of the Department of National Parks, Wildlife and Plant Conservation, is sponsored by PwC. “This is interesting,” he said “It shows that city people too can help in forest conservation.”

Patarapol pointed out that there are still many families living next to forests who would like to have beehive fences but don’t have the money to invest in the beehive boxes.

“If there is more sponsorship, we can expand the beehive fences faster. And fewer elephants will fall victim to violent conflict. Should there be any company or individual interested in providing support, I would be happy to help arrange with villagers and concerned agencies,” Patarapol offered.

Patarapol Maneeorn can be contacted via facebook.com/Lotterwildlifevet. Phu Luang Wildlife Research Station is easier to reach via email at Phuluang_wrs@hotmail.com. 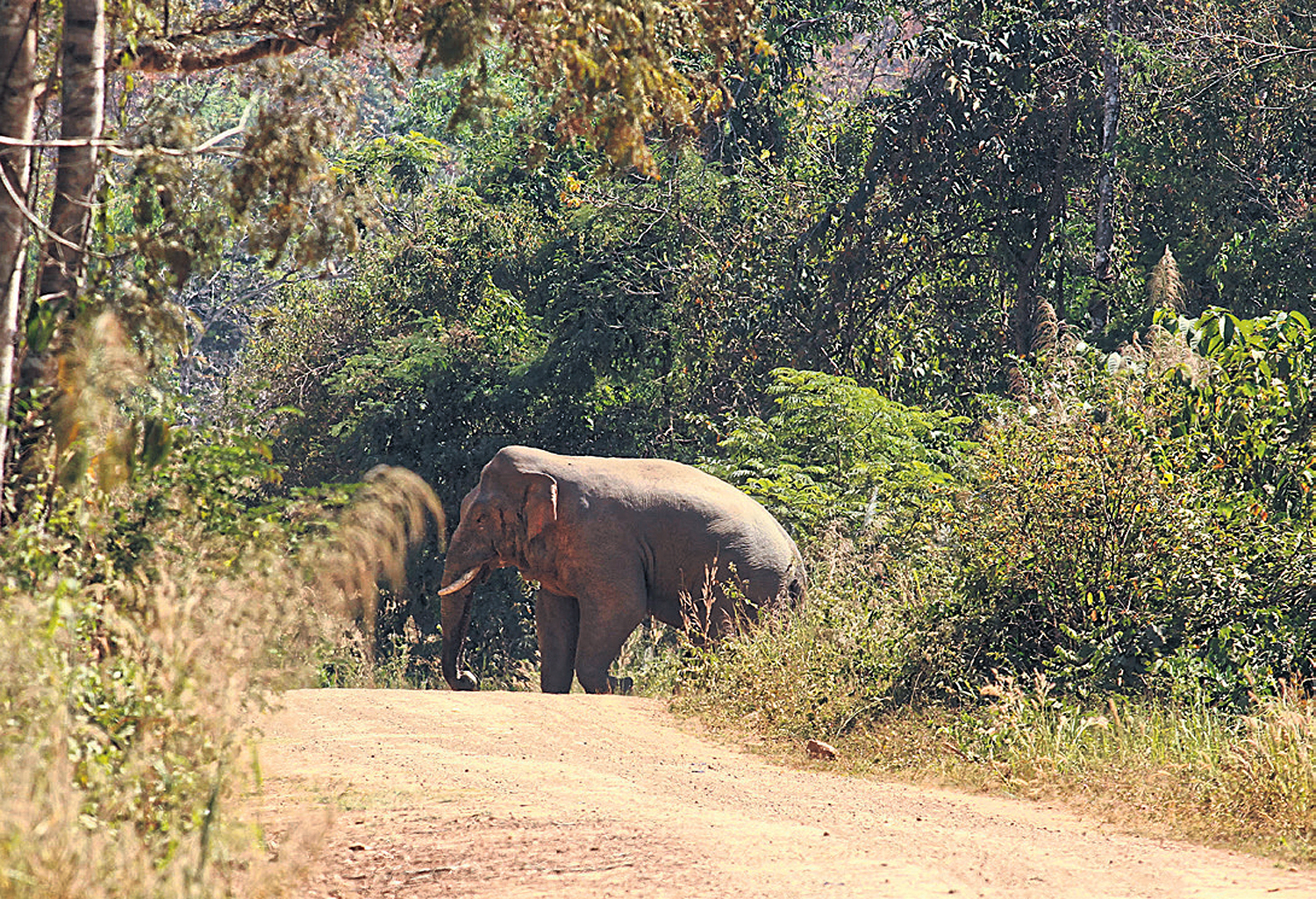