With its 25-year history, the all-girl chorus bands from Wattana Wittaya Academy have won big accolades on international stages

For Sathit Sukchongchaipruk, teaching small children to sing is like herding cats.

"Silence, girls," Sathit said as he walked into a classroom full of primary-schoolers running around. Noises were coming from everywhere.

As he stepped behind a conductor's stand, around 50 primary students suddenly formed three long lines, grouping themselves into soprano, second soprano and alto. The noises were replaced with complete silence. Students stayed focused.

Sathit is the conductor of the Wattana Chorus, operated under Wattana Wittaya Academy, Thailand's oldest all-girl school. Twice a week, he trains the school's choirs to bring out the best in them. To mark the school's 145 years the Wattana Chorus will stage an anniversary concert titled "Lao Khan Prasan Sieng Wattana" ("Telling Tales Of The Wattana Chorus") on Feb 7 at the school's auditorium. The same selected choir members, which number over 100 students, are also scheduled for an upcoming competition at the 11th World Choir Games 2020, to take place in Belgium in July.

Wattana Chorus was officially founded in 1995. Prior to its establishment, the school chorus ran unofficially and was comprised only of Mathayom singers. Back then, the chorus was under the baton of renowned conductor and music composer Junram Strausbaugh, now 82 years old.

Formerly employed at Bangkok Christian College, Sathit moved to Wattana Wittaya Academy, and was tasked to assist Junram in managing and improving the school's choir.

"Wattana Wittaya Academy is a boarding school and we also have a primary-school department which is a non-boarding section. The girls' voices are outstanding in their own right, especially when compared to the boys', which will one day reach puberty, when they will experience voice mutation," said Sathit.

With that in mind, Sathit proposed the school set up a primary-school chorus band, which was eventually established around 1995.

In the past, the school's Mathayom band had a maximum of 40 members. After gradually establishing all levels of girls' choruses, the school now has over 150 choir members, ranging from kindergarten to high school.

"We are now the only school in Thailand that has chorus bands at all levels, starting from very small kids like kindergarteners," said Sathit. "Admittedly, a number of parents want to enrol their children into the school because they simply want them to be part of the Wattana Chorus." 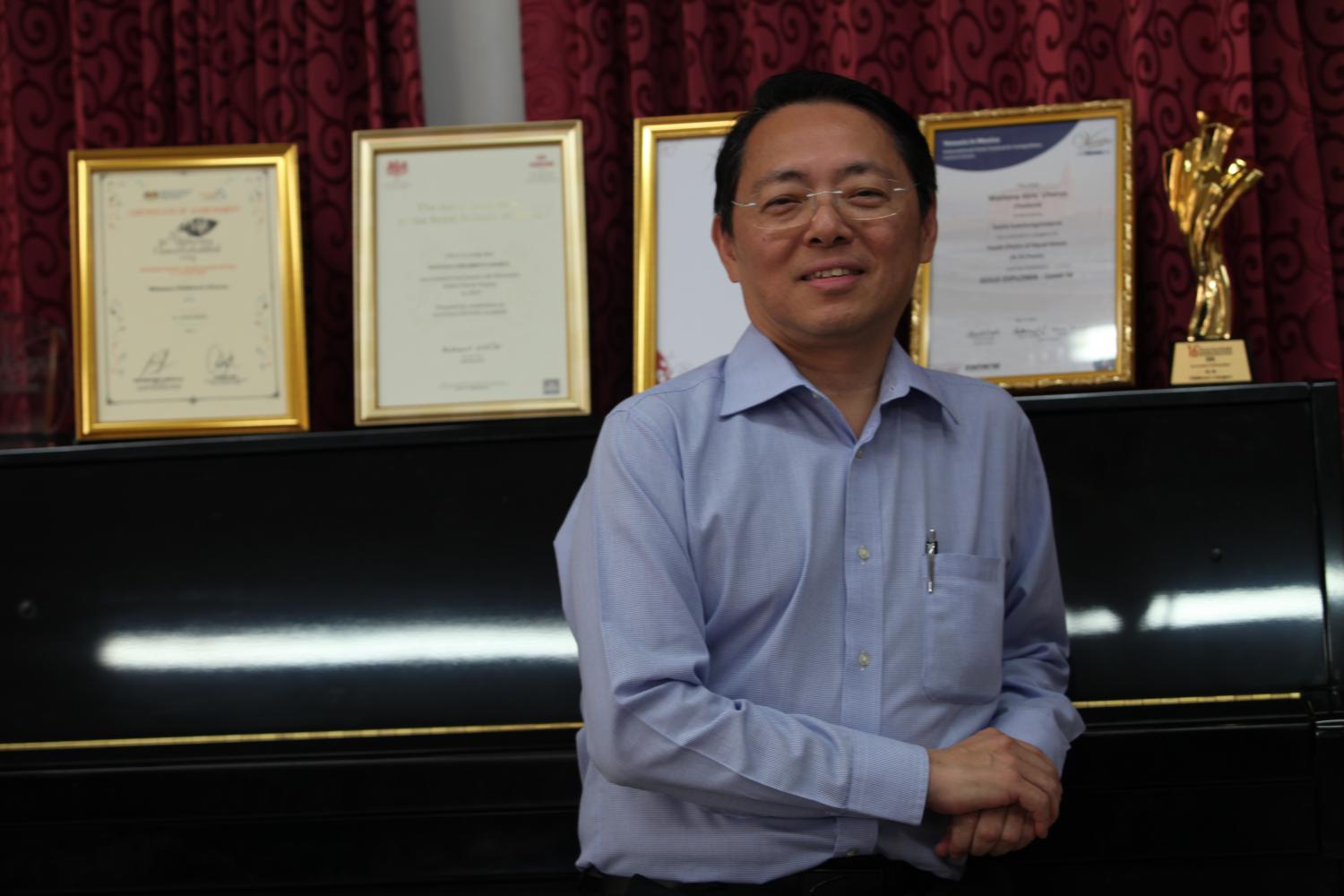 For the singers to gain more experience on bigger stages, the school has sent its chorus bands to participate in exchange programmes, events and even competitions abroad. The first time was back in 1996, when the band went to the US state of Missouri, followed by Quanzhou, China, in 2001.

"In the decade after its establishment, the school's chorus only travelled internationally on an exchange programme. The school's principal then allowed the band to go abroad once every two years. Most of the time we visited European countries. Once our students had more experience on world stages, we believed they were ready for competitions," recalled the conductor, adding that all travelling expenses were shouldered both by the school and parents.

Among the first countries in which Wattana Chorus competed was Russia.

"Back then our chorus bands had very little experience. During those early days, we only won silver or bronze. But most importantly, competitions opened doors for students to gain more experience."

Although choral singing isn't part of Wattana Wittaya Academy's academic curriculum, the school has put a lot of effort into elevating and enhancing the musical skills of children who discover their true talents.

Each week, students who are members of a choir will be allocated after-school hours for practice, while parents can rest assured that this activity will not affect their children's academic results.

"In case students' grades drop, we would have to ask them to stop singing for the chorus, so that they can pay their whole attention to study."

"Wattana Wittaya Academy is a Christian school," he added. "One of the school's major activities is hymn-singing in church, so our students are already quite familiar with gospel and spiritual songs. These regular church activities allow an opportunity for students to keep practising all through the year instead of working hard only prior to a competition."

As for the upcoming anniversary concert, which is to take place next month, over 100 chorus-band members are now working hard to ensure they will be hitting the right notes.

Now in its 25th year and with various international accolades, Sathit said that although students of the chorus bands have proven especially talented, the goal is not for them to win awards. Rather, it is for the young ones to discover what they really love, and, when they do, they can use their passion as a passport to future happiness and success.

"Our goal is for students to be happy with singing and for them to find their gifts and talents. Competitions and awards are just a by-product. If students are given a chance to pursue what they truly love, that's the best thing for their future and what they are going to become as adults." 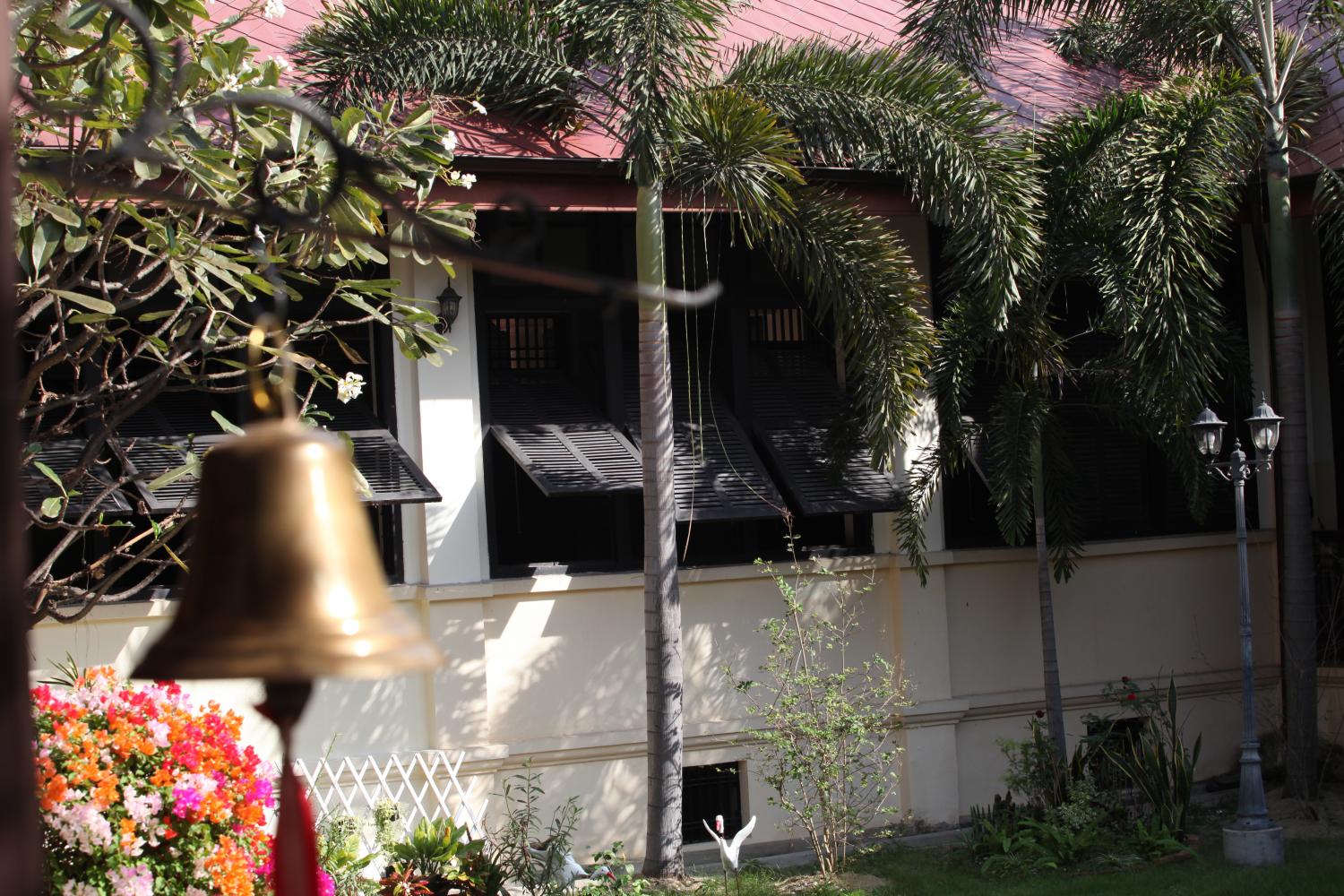 2018: Wattana Children's Chorus won the Silver Diploma in Level IX of the Music of Spirit and Faith category and a special prize for most promising children's choir at Sing 'n' Pray Kobe International Choir Festival and Competition, Kobe, Japan.