Net idol and former celebrity boxer Apirak "Sia Po" Arnon has proposed a muay Thai boxing match to clear the air after he and a group of Laos drinkers, thought to be local influential types, clashed at a pub in the neighbouring country last Saturday.

Clips posted on the internet show Sia Po fleeing the pub as a large crowd clashes behind him. Sia Po, a veteran gambler freed from jail in Bangkok last year on a gambling charge, says he was in Laos to discuss business but appears to have upset a group of Lao patrons after he started tipping local women generously. 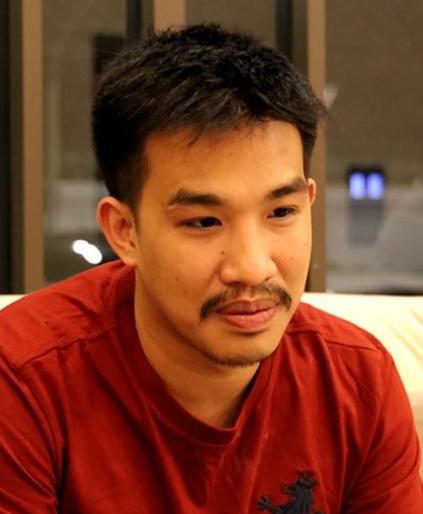 Sia Po, who likes to splash money around, was in the news last year for donating 1 million in personal funds to the Ubon Ratchathani flood relief effort, and rustling up another 100 million baht in help from casinos across the border amid claims he was helping his casino friends launder hot money. This month he donated 1.5 million baht to help families of victims in the Terminal 21 mass shooting in Nakhon Ratchasima, handing the money over to the provincial governor, as is his wont, in large wads of used notes.

Speaking about the clash, Sia Po says he gave out almost 80,000 baht in tips to pub staff and the many women who asked for selfies with him. "I love Laos people and I am popular over there," he said modestly after his return following the incident, which left one of his guards, part of a retinue of 10 accompanying him that night, with stab wounds.

Sia Po, who says he has investments in Laos worth millions of baht and is reluctant to turn his back on the place, said he later paid the hospital bills for his side amounting to "hundreds of thousands of baht". The other side were left with a few "split heads".

He suspects the Laos contingent, who may have been soldiers, were upset to see him throwing money about. Someone in the Laos crowd called out, "Beat up a Thai and you'll lose how much money?" by way of a challenge after Sia Po's gang boasted no one would dare lay a finger on them. One of Sia Po's minions responded in kind and the two sides started to fight.

Writing on a Laos media website, a witness to the clash said Sia Po's group irritated the Laos crowd by boasting of their influence, and someone smashed a glass over the head of a Laos intermediary who tried to patch things up between Sia Po and a local bigshot in a row over his girlfriend. He denied claims the Laos group who turned on Sia Po's retinue was as large as 50-60 people.

Sia Po says local police have promised to pursue the assault matter in court. "I understand Laos people earn low wages, but I like to pay for people when I go out, I look after everyone who comes along. I wasn't trying to big myself up but my intentions may have been misunderstood," he said.

The drama followed Sia Po back to Bangkok after he went on Facebook live to discuss it, and his Laos foes chided him on social media for fleeing just as his guards were being set upon.

Sia Po denied leaving his minions to face the angry crowd alone. He was leaving the pub when the fight started and came back to urge both sides to stop. However, a guard hastened him back into his car as the clash threatened to get out of control.

Sia Po's antics in Laos also drew the attention of a group of Thais in Phasi Charoen in Bangkok where he lives. They joined online critics of Sia Po's decision to flee, sparking a row on his Facebook account which had repercussions the next night when a group of Sia Po's followers tracked down his online critics to a nearby temple where they were drinking.

A group of about 10 youngsters, thought to be Sia Po's followers, turned up on motorcycles and shot about 20 rounds at a group of six or seven friends who were drinking outside Wat Chan Pradittharam in Phetkasem Road following a funeral.

Two of the temple drinkers, who admit criticising Sia Po earlier on his FB for deserting his guards, were injured in the shooting.

A witness said he saw a white Fortuner turn up with the bikes. Sia Po, who promptly visited Phasi Charoen police on his return from Laos to deny he had ordered the attack, admitted the vehicle came from his family compound but said he could not be held responsible. "The keys are there for anyone to use the car, which disappeared shortly before the shooting. When I catch up with the person who took it I will urge him to hand himself in to police," Sia Po said.

One of the drinkers who fled the Sunday night shooting said his elder brother, who was injured, was among Sia Po's critics on Facebook. He said Sia Po's minions made contact that morning asking him to delete the posts, which he did. However, they still came seeking vengeance.

Sia Po said the Laos incident has left feelings raw on both sides. He proposed his Laos critics square off against him and his guards in a traditional muay Thai match. Sia Po would put up a 30 million baht prize on condition the Laos team, assuming they win, use the money to help "develop their country".

By week's end the stake for the Thai vs Laos "friendly" had increased to 100 million baht thanks to sponsors in Macau and Singapore, and Sia Po had started churning out pre-bout publicity on his FB. Boxers lining up on the Thai side include Sia Po himself, and tattoo-clad Makharin Phumsaart, also known as Nay Wat Dao, a fellow net idol with whom Sia Po spent jail time last year on the gambling charge. The drama continues.

Netizens are sounding a note of caution after a young man popped up on social media clutching a wad of money he says he earned by alerting authorities to motorcyclists riding on the pavement illegally. 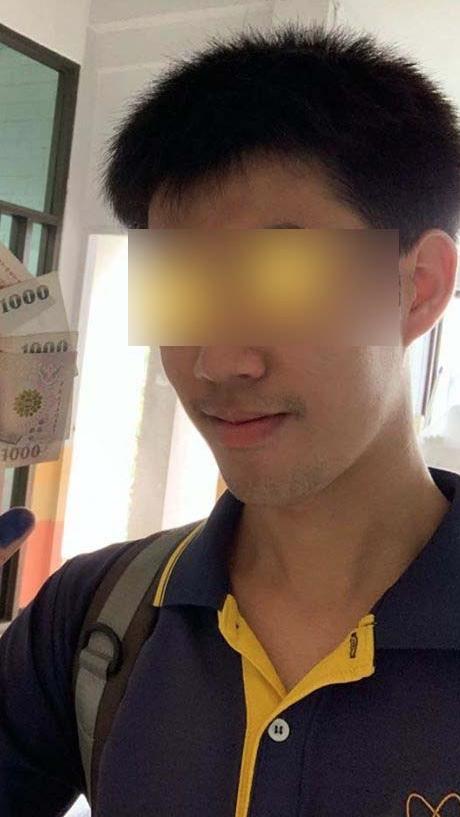 A pavement spy for the BMA

A Facebook page, GTLC Project, posted an image of the young man with his eyes obscured clutching 4,000 baht he says he earned from alerting authorities to four wrong-doers. Added to the 8,000 baht he earned from alerting them to another eight cases last month of motorcyclists riding illegally on the footpath, who had since paid their fines, he had now made 12,000 baht for the year as tipster to the Land Transport Department and BMA.

In another post, someone has selected 34 images of motorcyclists on the footpath, with the photographs taken from the rear to catch their registration plates, and the offenders apparently unaware they are being photographed, which he was preparing to send in to claim his reward. He said he expects to make 34,000 baht from his half-share of the 2,000 baht fine which offenders must pay when caught.

The posts sparked huge interest among netizens keen to try their hand as pavement spies, many saying it looks like good money for easy work. The city, meanwhile, is ramping up pressure on motorcyclists as part of its campaign, declaring a repeat offence will now incur a fine of 3,000 baht, up from 2,000 baht now.

In July 2018, the BMA doubled the fine for riding on the pavement from 500 baht to 1,000 baht, after a litany of public complaints as motorcyclists ran into people on the footpaths. After a year, the BMA decided the fine was not enough to deter offenders. In August last year, it doubled the fine again to 2,000 baht. Deputy Bangkok governor Sakoltee Phattiyakul said last week police have collected close to 27 million baht in fines since July last year.

The campaign is picking up steam, thanks in part to the small army of helpers who, motivated by the prospect of easy money, and in some cases the civic motive of wanting safer footpaths, send in details of offenders in the hope of claiming a reward.

Netizens, while expressing enthusiasm for the campaign, warn that earnings depend on the motorist's willingness to pay (non-payment can result in the motorcycle being confiscated), and delays are commonplace.

One said she had sent details of 20 offences to Dusit district over the past six months, but had received no word as to whether payment would be forthcoming.

Netizen Nathawut Watanapalin said a relative sent in details of an offender and heard nothing back for ages, so he called the authorities and said if they failed to take action he would lay a complaint in court for dereliction of duty. "That's all it took; within a week he was paid!" he said.

Others said the young man clutching the wad of money should take care to blur out the whole of his face, not just his eyes, for the sake of his own safety.

"A gang of motorcycle guys might beat him up if they recognise him," one wrote, sparking a side debate about whether insurers would pay out in such cases or whether he would have to use the reward money to patch himself up.

Several agreed they were afraid a motorcyclist might spot them surreptitiously taking his picture and tackle them over it.

They also urged those reporting on offenders to distinguish between "genuine" offenders and those park on the footpath outside their homes because they have nowhere else to put their bikes.

Unimpressed, one netizen said Thais should show more spirit. "You use your phones every day, and you can't take a picture of someone without him knowing? In that case, feel free to use the footpath with one wary eye on what's going on behind you and prepare to be honked by some guy on his bike," he chided.