The forthcoming Phuket Food Festival 2020 has a special purpose to serve -- to rally behind its patrons who have made a substantial contribution to the province's tourism but cannot make it to the festival this year. 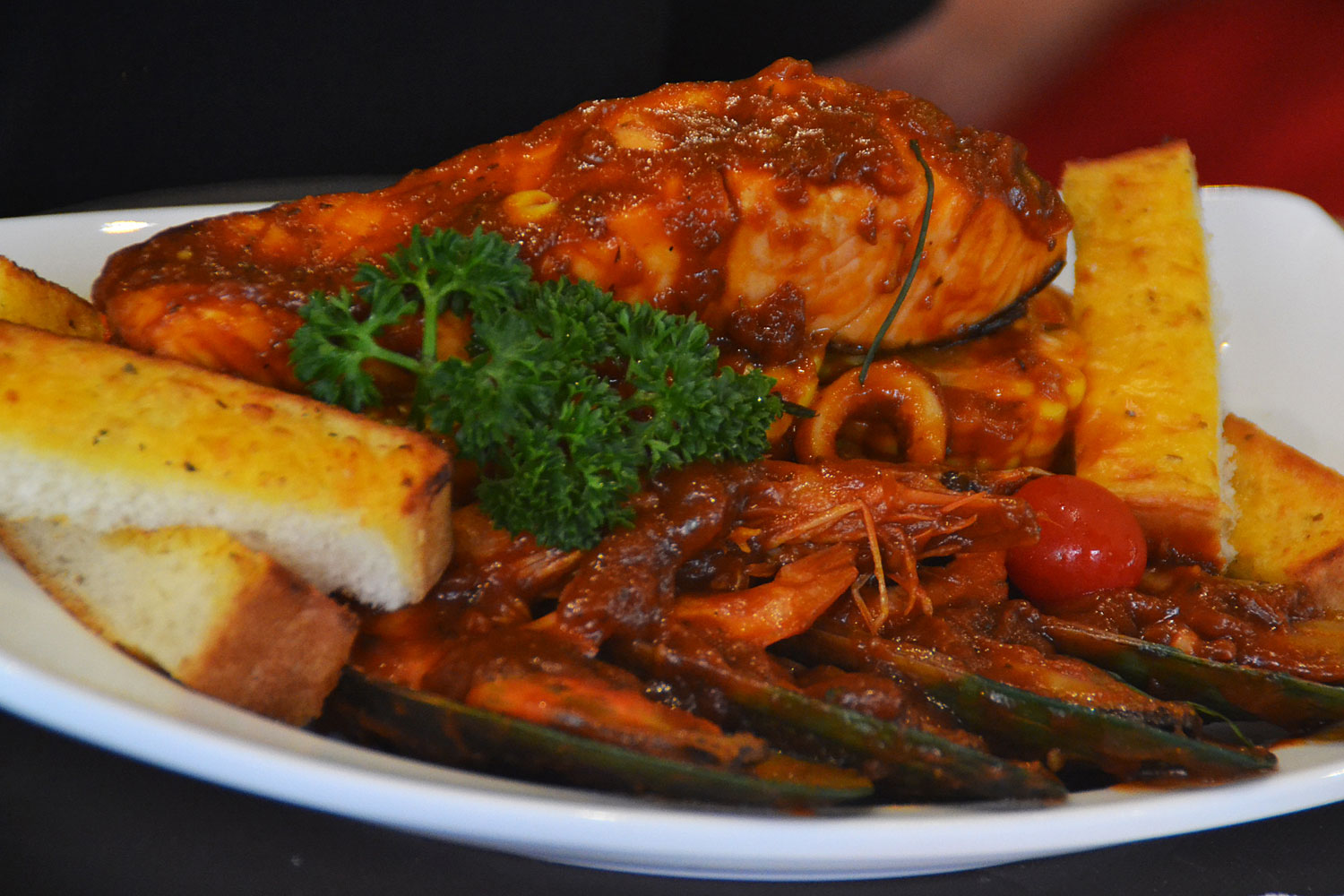 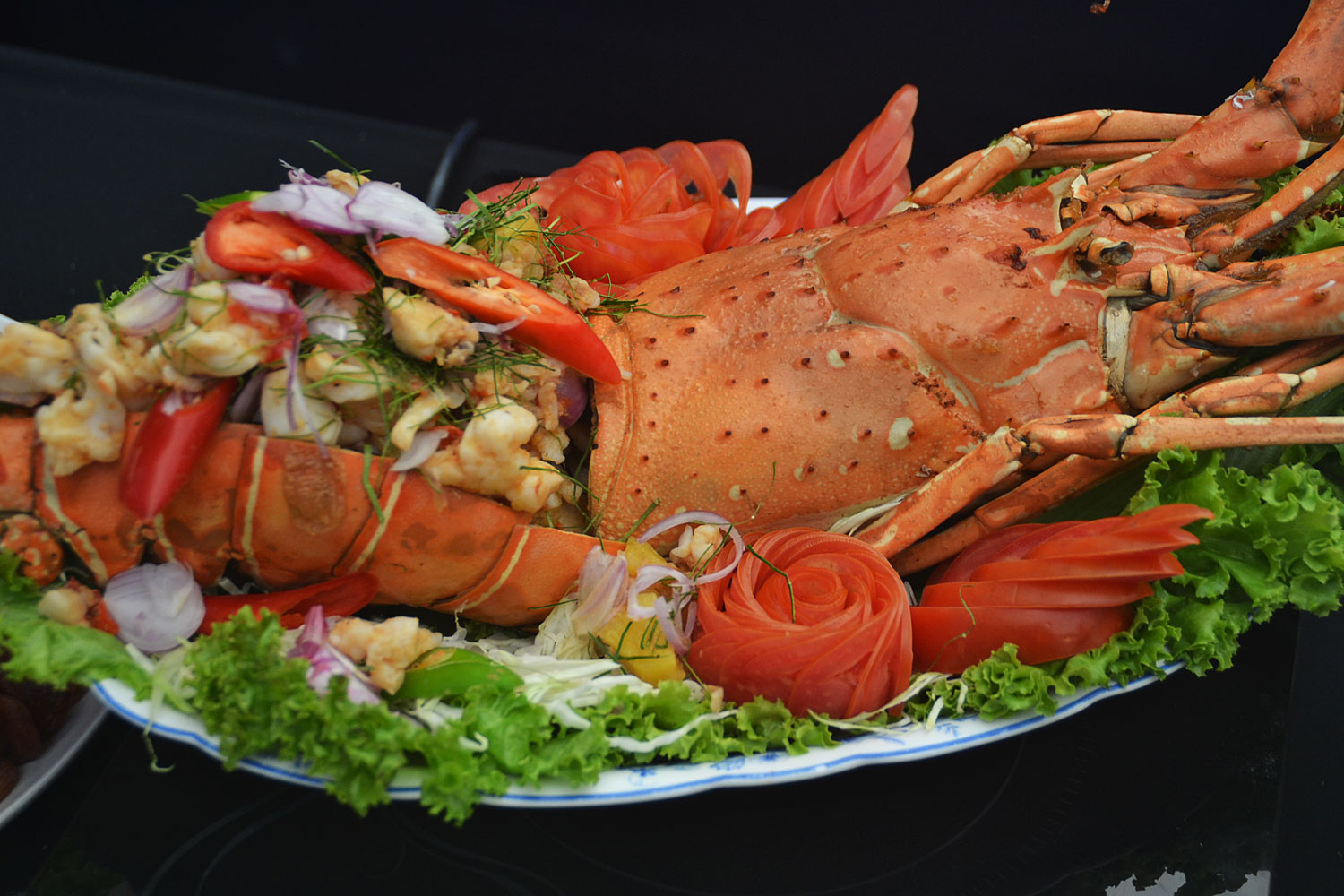 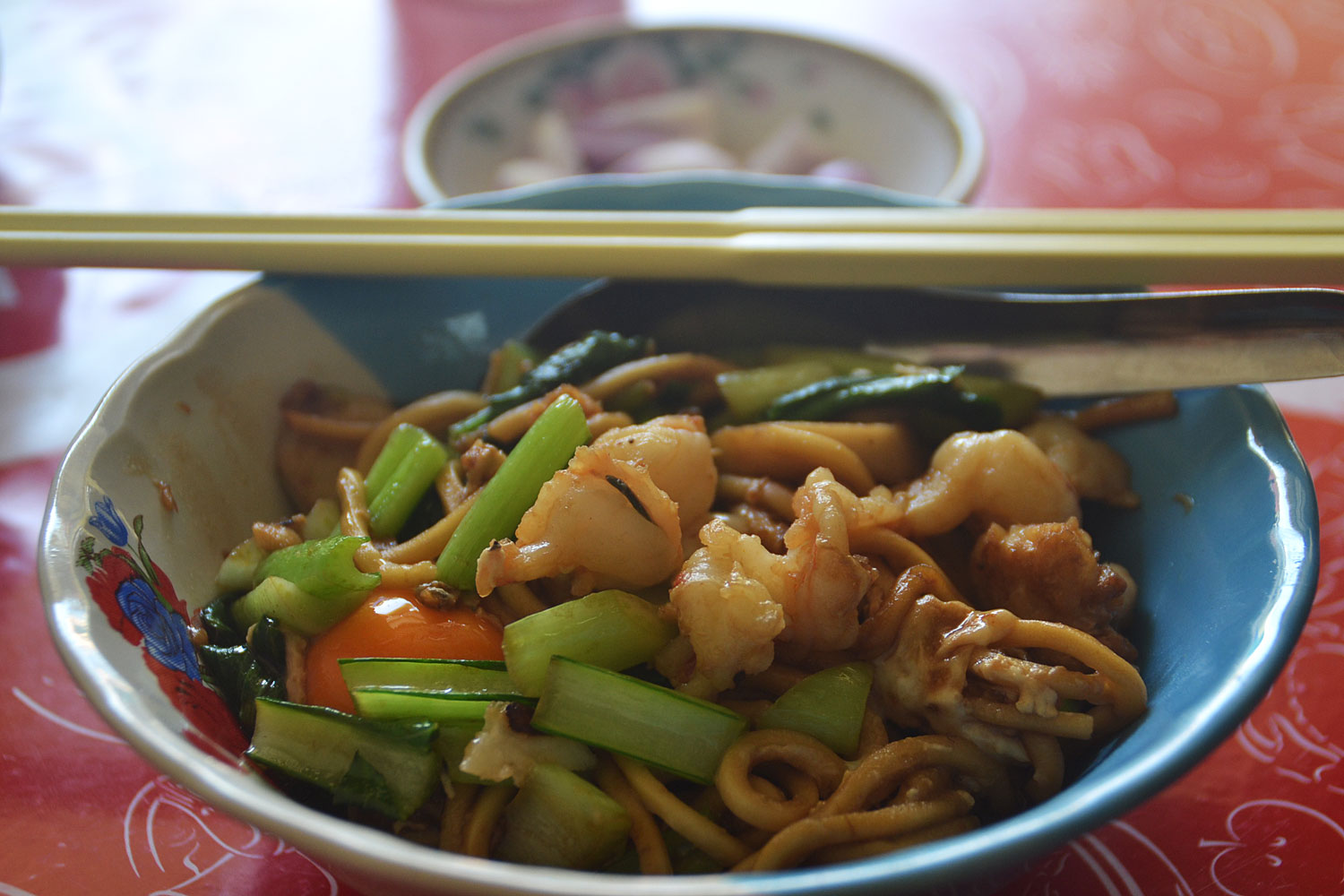 The annual Phuket Food Festival promises a cornucopia of gastro delights that are as diverse in varieties and origins as they are a feast to the eyes. (Photos by Achadthaya Chuenniran) 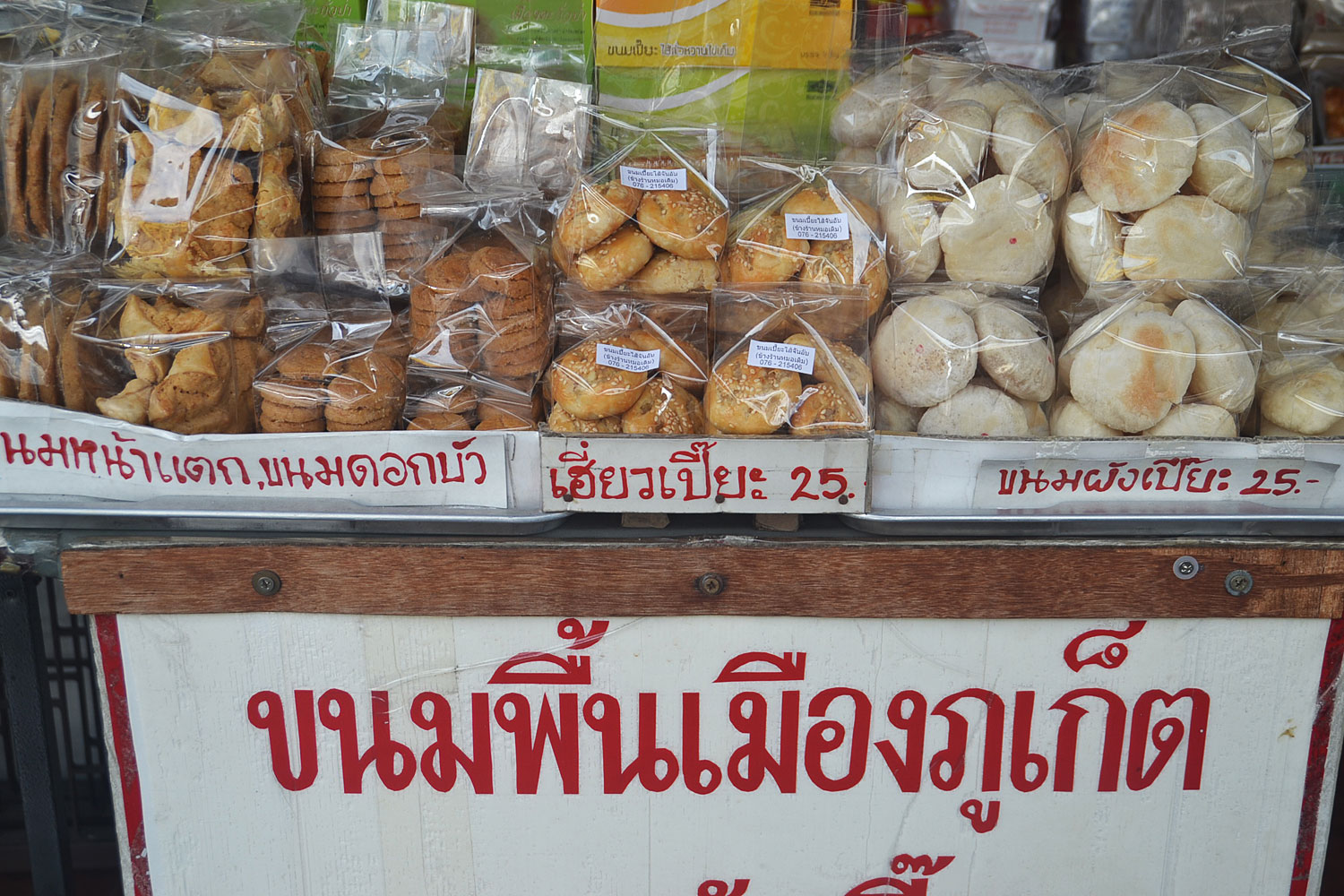 The seven-day food festival, which entered its 22nd year, opened on Thursday at one of the most turbulent times for the country's public health and tourism in recent years as the Covid-19 endemic spreads globally and has kept travellers at home.

The annual festival has always earned a prominent spot on the tourism calendar for bolstering the image of Phuket as the "City of Gastronomy", a recognition in the Unesco Creative Cities Network (CCN), created in 2004 to promote cooperation with and among cities that have identified creativity as a strategic factor for sustainable urban development

However, this year's organiser of the biggest food event in the island province, which is one of the country's best-known brochure attractions for tourists, has their mind set on promoting more than the feasts.

"It's going to do things a little different this year in light of Covid-19's impact on travel patterns and a shift in tourist behaviour," said Pantharawee Jittapanyanukul, deputy chairwoman of the food trade proprietors in Phuket and chairwoman of the Phuket Food Festival.

She said the downturn was being felt when China imposed restrictions on the movement of people and goods into and out of the virus-affected areas at the onset of the epidemic early this year.

Ms Pantharawee insisted the restrictions were understandable as China was seeking to protect the health of its citizens and people on a global scale.

The moves have had a direct knock-on effect on Thai tourism as Chinese top the foreign arrivals in Thailand. However, Covid-19 has sent the figure tumbling. From Jan 1 to Feb 10, only 226,803 Chinese visitors arrived in Thailand, down 40.2% year on year, according to the Association of Thai Travel Agents.

The dwindling number of tourists from China has taken its toll on Phuket's economy. "Several local businesses connected to tourism are reeling from the shock because of the slowdown in Chinese visitor arrivals," she said.

The food festival might come as a saving grace that could put some of the tourism money back into the economy. However, the fair will also highlight a goodwill cause it plans to drive.

Some of the briefing participants sample food to be featured at the fair.

Ms Pantharawee said the organiser will erect a large signboard to hammer home the message of moral support for the Chinese people during the current tough times they are facing.

Vendors and visitors to the festival will be encouraged to write their thoughts and wishes for the Chinese people on the board which is being put up throughout the event.

She said that although it is expected there will be many Chinese visitors thronging the festival and reading the board, the organiser hoped the messages will somehow be communicated and echoed all the way to China.

"Here in Phuket, we're bearing the brunt because we thrive on tourism. But above all, we can't only think of ourselves," Ms Pantharawee said. "As the saying goes, the Chinese and Thais are not distant. We are brothers and sisters."

In addition to the tourism link between China and Thailand, Chinese people have long influenced Phuket's food evolution. Many Chinese ingredients and cooking methods are the mainstay of many local dishes with backgrounds in authentic Malay cuisines.

Vendor representatives show how to charcoal-grill meat on skewers at the briefing.

Other dishes on offer are close families of foods native to other parts of the region such as satay, mutton curry, biryani and halal fares. Also, Chinese-influenced delicacies such as lor bak will be up for grabs.

Lor bak refers to a dish thought to have originated from the Teochew and Hokkien communities. It is made of meat and vegetable fillings wrapped in bean curd skins, which is deep-fried until golden and crispy. The dish is common in the far South as well as Malaysia, Indonesia and the Philippines.

Phuket is a melting pot of cultures and that "gastro pluralism" is expressed through the local foods, which reinforces Unesco's recognition of the province.

"The province's multi-cultural cohesion has a lot to do with local communities being liveable. The local foods of various roots contribute to the happy co-existence of people from multiple cultural backgrounds," she said.

The foods have a special place in the lives of Phuket residents who celebrate their culinary uniqueness through festivals and ceremonies. She said that during visits by foreign dignitaries, the residents welcome the guests with spreads of luscious foods which form a show of tangible cultural identity.

Certain recipes are passed down through generations. The dishes carry distinct twists, helped by the incorporation of some ingredients found only in Phuket.

Pineapple juice will also be on offer at the festival.

Ms Somjai said Phuket is prepared to exchange the experiences and knowledge on creative cultures with the other cities in the CCN.

Phuket City deputy mayor Kawee Tansukatanont said the festival presents an ideal platform to spread the word, and tastes, of local food to the wider public. He will be presiding over the opening of the festival.

Phuket Food Vendors Association president Sucha Liewrungroj said eateries participating in the event specialise in foods across many culinary repertoires so visitors will have a chance to taste and compare dishes they may not have enjoyed before.

Meanwhile, Ms Pantharawee said the festival carries a theme of environmental conservation. The vendors and visitors are advised to separate their rubbish before discarding it at the fair.

Food containers made of plastic and styrofoam will be banned. Visitors will only be served food in containers produced using natural materials. Those who bring their own non-plastic containers from home will be given a five-baht discount when purchasing food worth 50 baht or more, she said.

More than 100 eateries have confirmed their participation in the festival.

The festival will be held at the Saphan Hin Park daily from 4pm to 10pm. It will run until Wednesday.