After the new James Bond movie franchise No Time To Die postponed its return from April to November due to the Covid-19 spread, fans have more time to warm up for the upcoming thrilling mission with Swatch's 7,007 limited-edition Q watch collection.

Inspired by genius character Q -- the brain behind the high-tech gadgets and weapons, this exclusive model boasts a mixture of traditions and futuristic innovation in a collaboration between Swatch and Suttirat Anne Larlarb, the Thai-American costume designer of No Time To Die.

Based on the Skin Irony 42 model, the stainless steel Q timepiece features a British-inspired tartan plaid brown leather strap, sharp red edges and a sun-brushed slim dial showcasing complex mechanism. Priced at 7,300 baht, it comes in a specially designed package with the letter "Q" embedded in front which looks like a laptop used by a spy.

"This limited-edition Q Watch marks a new chapter of history for Swatch to collaborate with one of the world's biggest movie franchises like James Bond 007. Following our collaborations in 2002 and 2008, this is the first time that Swatch watch will appear on the wrist of an important character on Bond film. The Q watch design captures Q's personality and style, which we have worked closely with the costume designer of No Time To Die. This watch reinforces Swatch's commitment to coming up with fresh new ideas," said Jakraphan Yanprasitvet, brand manager of Swatch (Thailand).

There are also six special watches paying tribute to six iconic James Bond films on the sideline. The Dr. No model marks James Bond's first appearance in 1962, with Sean Connery taking on the role of 007 as he travels across Jamaica to defeat Dr. No. It features a black strap and blue, yellow, red and green dots as well as always NO time on the dial. 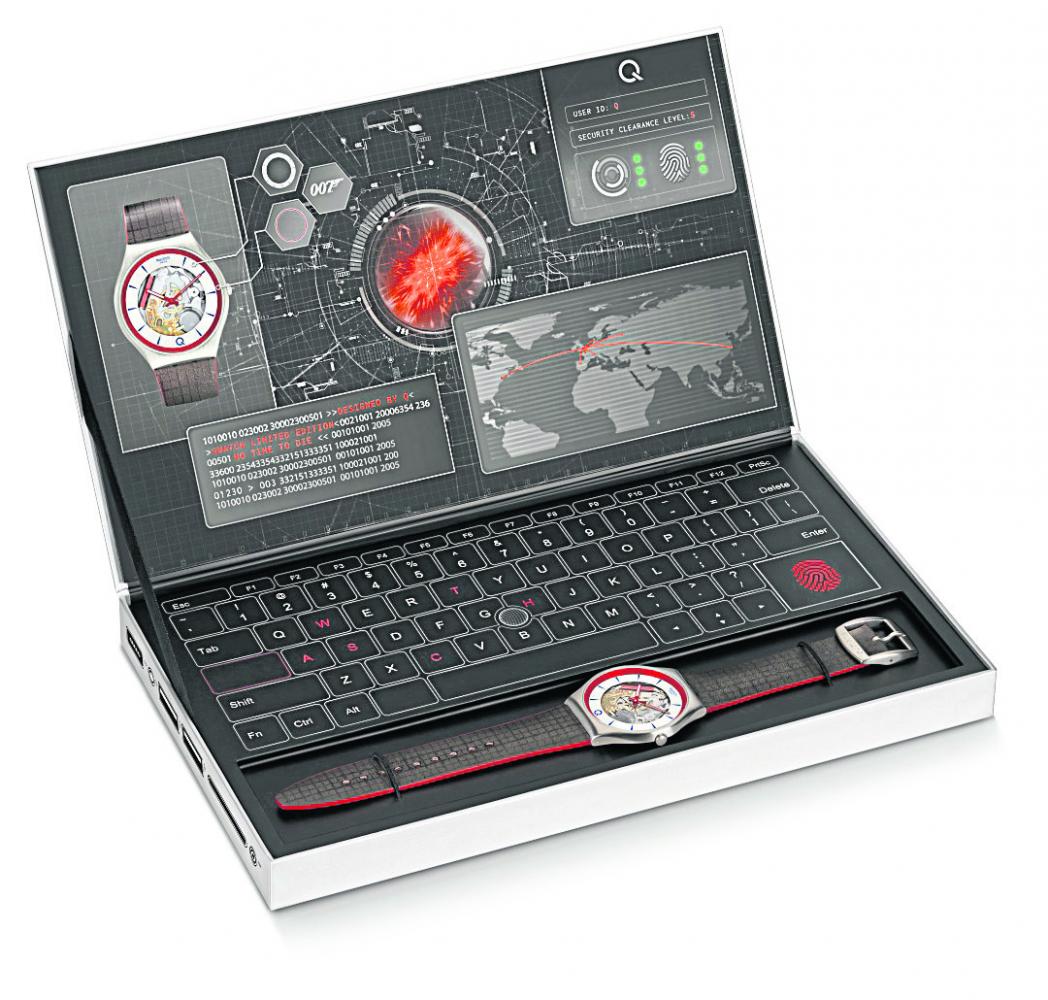 From the Portuguese beaches to the Bernese Alps of Switzerland, George Lazenby made quite the impression as 007 in On Her Majesty's Secret Service. This timepiece is reminiscent of the exhilarating adventure, revealing the iconic 007 logo every time the watch strikes 7.

In 1979, Roger Moore made his fourth appearance as the secret agent in Moonraker which blasted James Bond into outer space. This unique model takes inspiration from the night sky with an inky blue strap and the Moonraker rocket flying through the dial.

Starring Timothy Dalton, Licence To Kill in 1989 recounted how James Bond was suspended from MI6 as he went on the trail of villain Franz Sanchez, where his mission took him to the hot and humid climates of Florida and Mexico. This watch comes with a striking strap, influenced by Sanchez's pet iguana alongside palm trees swaying under a setting sun.

In 1999, Pierce Brosnan is in for a thrilling adventure as 007 in The World Is Not Enough. This design features flames reminiscent of the film's poster on the strap, while the dial burns red echoing the iconic gun barrel.

In 2006, Daniel Craig took the role of James Bond in Casino Royale. It's his first mission as a newly promoted Double-O who must take on villain Le Chiffre in a tense game of high stakes poker. This timepiece takes inspiration from the colourful title sequence packed full of casino imagery. 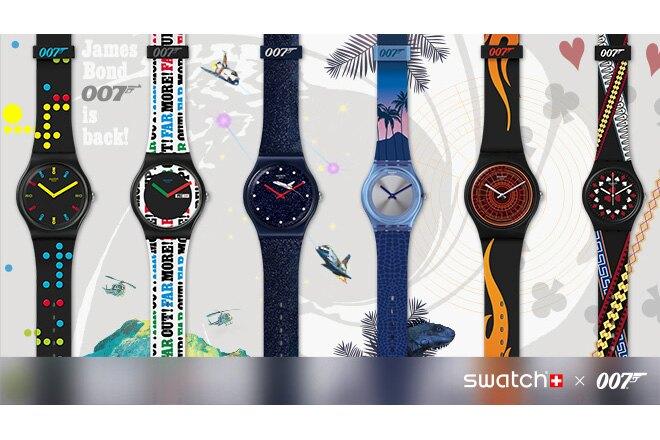