The two-channel video work by Ampannee Satoh begins with specks of light and ends, naturally, with darkness. Two cameras were attached at the bow and stern of a fishing boat, purportedly the same type used by Rohingya refugees when they fled whatever was hounding them into the sea. The images they captured are wobbly, disoriented, seasick-inducing, and for 20 minutes they simulate the experience of being lost at sea in the middle of the night -- the experience of displaced people unmoored in the lightless sea. 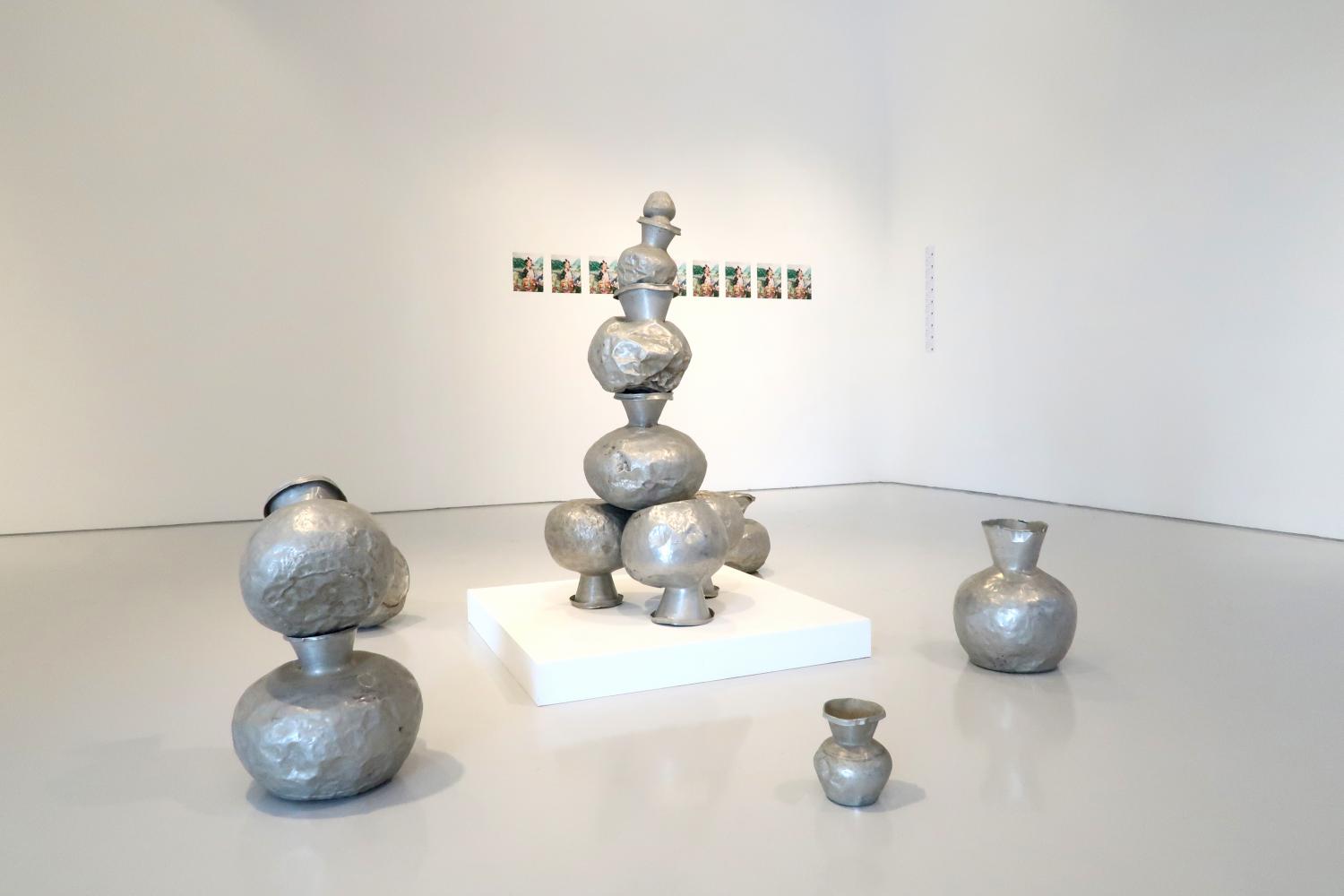 The work is titled "Lost Motherland (Without Lightness)", and it is shown at Richard Koh Projects in Narathiwat 22 as part of a triptych exhibition "Phantoms And Aliens: The Invisible Others" that's taking place concurrently in three cities. Besides Ampannee's video installation in Bangkok, seven other Southeast Asian artists are exhibiting in Kuala Lumpur and Singapore under the same theme, which explores the experience of migration and displacement -- ethnic, cultural, geographical, political -- of countless people in the region.

Ampannee, a lecturer at Rangsit University, shot the video in her hometown in Pattani, where many Rohingya refugees came ashore after their long voyage. With the sound of waves lapping against the hull and the enveloping darkness punctuated by dots of light from distant fishing boats, the video seeks to replicate the perspective of the refugees adrift into the unknown. (Cameras mounted strategically on a fishing boat proved artistically immersive, though to an entirely different purpose, in the 2012 film Leviathan by Verena Paravel and Lucien Castating-Taylor, capturing the power and enigma of the ocean.)

Migration and displacement is a worldwide scourge and Southeast Asia, despite an absence of war or famine, has seen a great movement of people within the region driven by political, cultural and historical atrocities. "Phantoms and Aliens: The Invisible Others", which has been curated by Loredana Pazzini-Paracciani, borrows the idea of unseen entities from the superstitious belief shared by all countries in the region. And "phantoms" appear in various forms in the exhibition, like invisible ghosts summoned forth from their burial grounds. 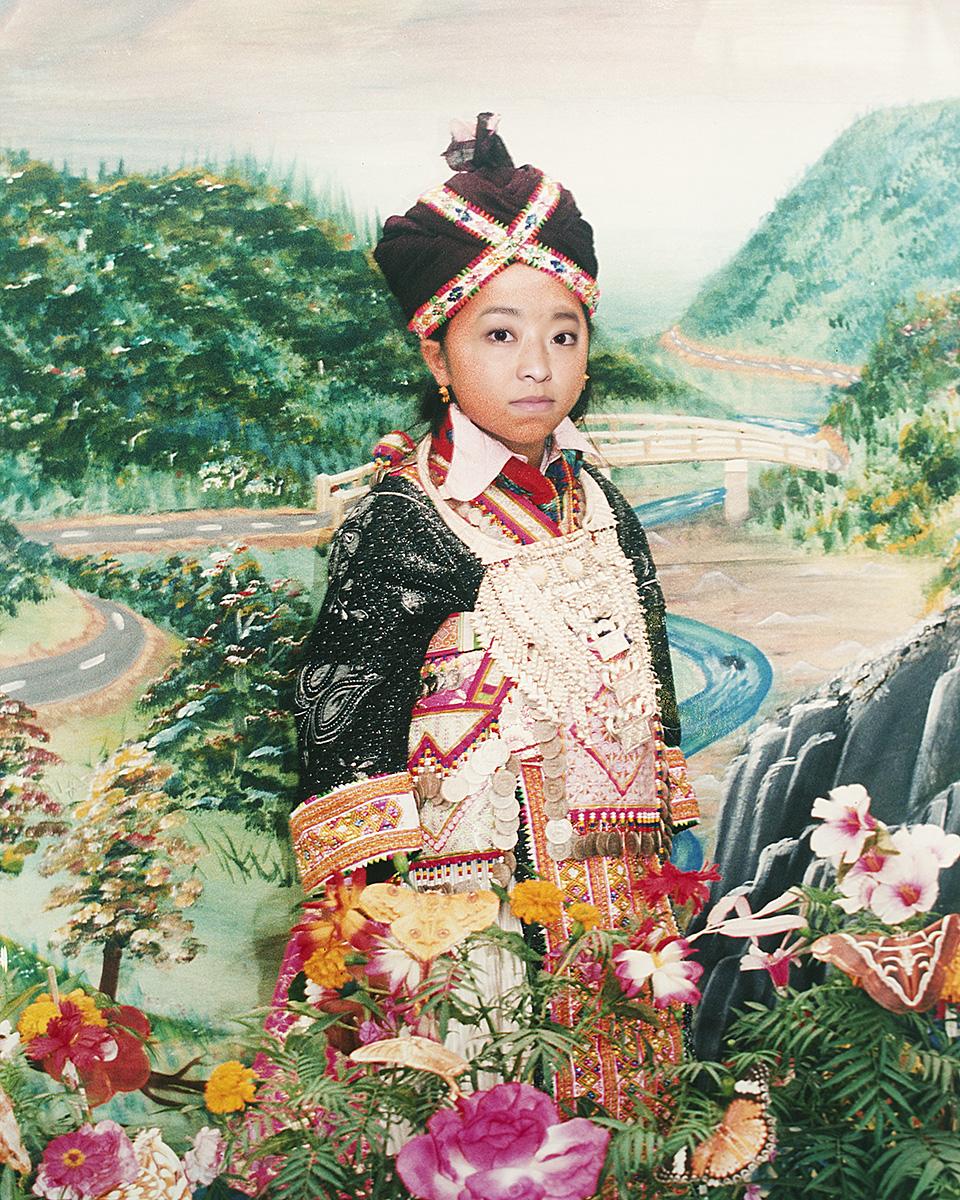 The exhibition in Kuala Lumpur features three artists. Aung Myat Htay from Myanmar uses photographic collage to talk about reincarnation and soul migration; Lim Sokchanlina from Cambodia documents the life of Khmer migrant workers in Malaysia and Thailand through photographs and a "book of dream", in which the artist collects the dreams of his compatriots, such as what they want after returning home, and present them in a passport-like journal. And Vietnamese artist Nguyen Thi Thanh Mai presents "Black Landscapes", a series of haunting images shot around the crumbling community of Vietnamese migrants living along Tonle Sap Lake in Cambodia, where abandoned houseboats and decaying environment speak of the wartime past and the undefined future.

The Singaporean chapter of "Phantoms And Aliens" features four artists. Khin Thethar offers a glimpse of everyday memory through a sculpture made from pots collected from Rakhine state, where shortage of water and other misfortunes are still present. Nguyen Van Du from Vietnam presents a set of paintings inspired by the scene at slaughterhouses. Pao Houa Her reaches into her family history to create photographs based on the memory of her grandfather, who fought in the Vietnam War, and her Hmong cousins. And lastly, Thai artist Samak Kosem shows his "Borders re/make Bodies: A Chiang Mai Ethnography", a collection of his field research on Shan men who came to find work in Chiang Mai and ended up mostly in the sex trade.

These tales of migration, either by choice or by persecution, either to find work or new identity, in the curator's words, is a "humble contribution to the ongoing discourse on marginalisation in the region". Southeast Asia is a diverse place, but a narrative that binds us together seems to be one of perpetual movement in all directions, where newcomers keep coming and foreign places struggle to become home.