Asia's best in your home

Get delivery from local restaurants on Asia's 50 Best Restaurants list

Making its debut on the list of Asia's 50 Best Restaurants, sponsored by S.Pellegrino & Acqua Panna, is Charoen Krung favourite, 80/20 at No.47. The eighth edition of the awards was announced virtually yesterday.

Known for its innovative Thai cuisine 80/20, is headed by husband-and-wife team, chef-patron Napol "Joe" Jantraget and pastry chef Saki Hoshino. If you haven't yet tasted the Michelin-starred restaurant's cuisine, fear not. It is offering delivery. By ordering you won't just be feeding yourselves but also the local fishermen and farmers, who are also hit by the current situation. The menu is updated daily basis, depending on what's delivered to the kitchen each morning. Call 099-118-2200 or 02-234-2822; Line: @8020bkk or Facebook message @8020bkk. Alternatively, you can also order from the chefs' "affordable" nam prik restaurant, Krok. Order via Grab or Lineman. 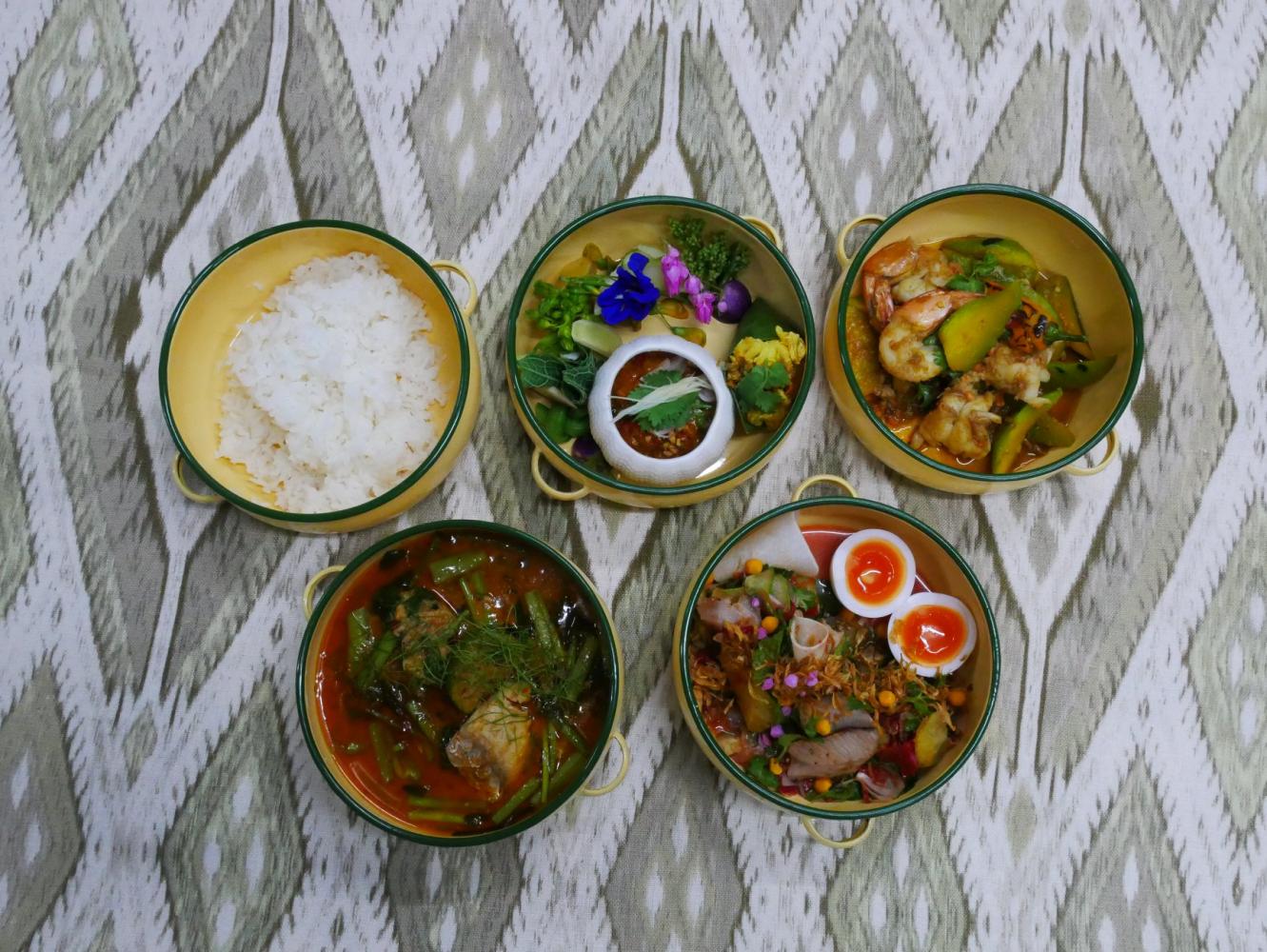 Dropping to No.39 from No.19 in 2019 is Bo.lan, which was founded on the belief that the best Thai restaurant should be found in Thailand. Established in 2009 by husband-wife duo of chef Chef Duangporn "Bo" Songivsava and Dylan Jones, Bo.lan has committed to pushing towards achieving a zero carbon footprint restaurant in Bangkok. Taste their current menu by ordering via pickup or home delivery in easy steps. Add them on Line: bolanoffice, place an order, transfer money and give your address and phone number. Or call 02-260-2962. A full meal for two costs 1,500 baht, a mini meal for two 850 baht, a weekly meal costs 5,200 baht and a kid's meal costs 320 baht. The menu arrives in Thai tiffin boxes aka pinto (500 baht deposit), which are also available for purchase. Bo.Lan Grocer also has an essentials box for 1,600 baht with cooking staples and CSA boxes with fresh organic fruit and vegetables and ethical proteins, which start at 800 baht. 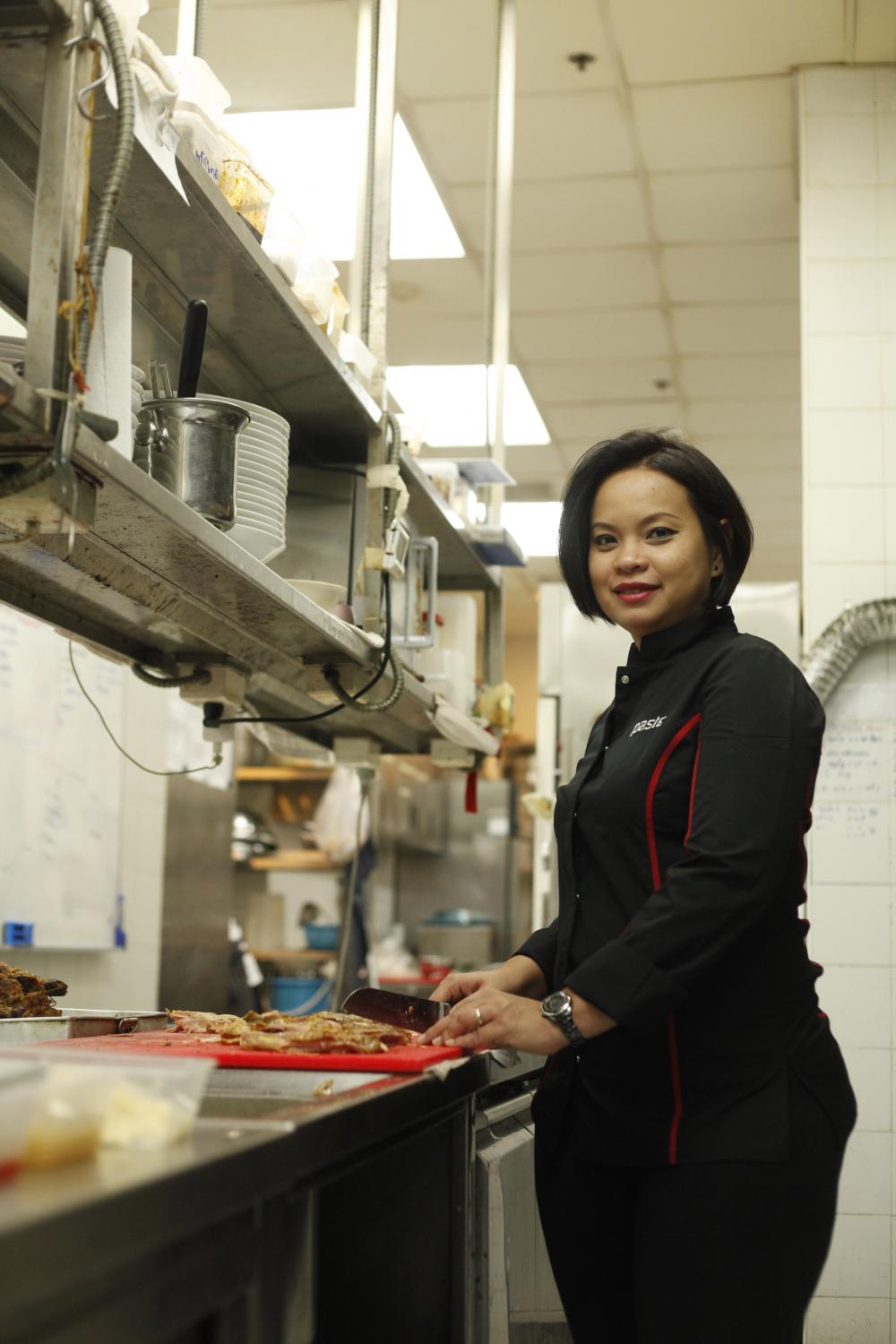 Paste took the No.38 spot, up 10 spots from last year. Headed by Asia's Best Female Chef 2018, Bongkoch "Bee" Satongun and husband, chef Jason Bailey, Paste first opened its doors in 2013. Their reinterpreted Thai menu quickly became one of the most talked about in Bangkok, which lead to the opening of Paste Lao, Paste Vientiane and Paste Australia. The menu is based on numerous old Thai family recipes. The creative conclusion of these layered flavours is the signature trademark of this chef duo. The Bangkok restaurant is closed until further notice.

Taking the "Highest Climber Award 2020" is the only Michelin-starred restaurant in Bangkok with a waiting list of a few months -- Sorn (No.16). The southern Thai fine dining restaurant has closed its doors due to the current situation. "We apologise to our customers that have already booked a table at Sorn. We will contact you when we open again," said the restaurant in a Facebook post. They are one of the few that have decided not offer delivery services, stating that "because Sorn is an experience of southern food that has compiled stories and flavours made from fresh ingredients, delivered from southern farmers and fishermen, and are served at the right temperature only at Sorn. Furthermore, without the in-house dining experience you would lose the touch of our handmade tableware made by Thai artists and the great quality of our attentive service". That being said, the Sorn team has joined forces with sister restaurant Baan Ice for delivery, which is available 24 hours. Delivery fees are 50 baht or zero if you pick it up yourself. Call 092-546-2099.

Gaa climbed up one spot to No.15 this year. Headed by Asia's Best Female Chef 2019, Garima Arora, the Michelin-starred restaurant focuses on creating a unique dining experience showcasing the versatility and modern relevance of Indian cooking techniques. Despite announcing delivery three days ago, the restaurant has decided not to go ahead with it and remains closed until April 12. 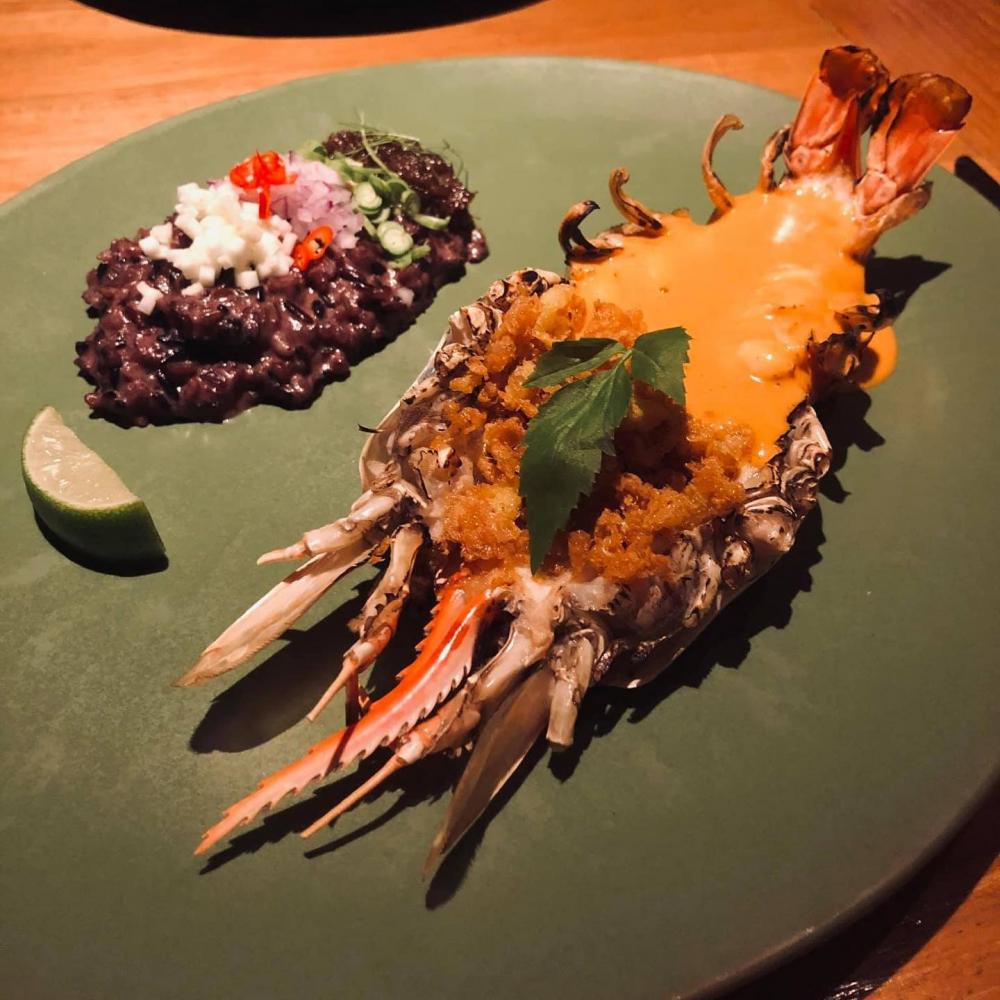 The popular Le Du took the No.8 spot on the list, a huge drop from No.20 last year. When executive chef Thitid "Ton" Tassanakajohn isn't jet-setting the world as the unofficial ambassador for Thai cuisine, he is busy making a name for himself and Le Du worldwide, as the list proves. Le Du, which comes from a Thai expression meaning "season", is to emphasise the culinary creations using seasonal produce. To taste Le Du's signature dish, River prawn with pork belly jam, shrimp paste and organic rice; and Charcoal-grilled pork jowl, call 092-919-9969 or Facebook message @ledubkk. Also get a taste of Le Du's sister restaurant Baan, whose menu is based on Thai family recipes, at Baanbkk.com, or call 02-655-8995 or 081-432-4050 for delivery. 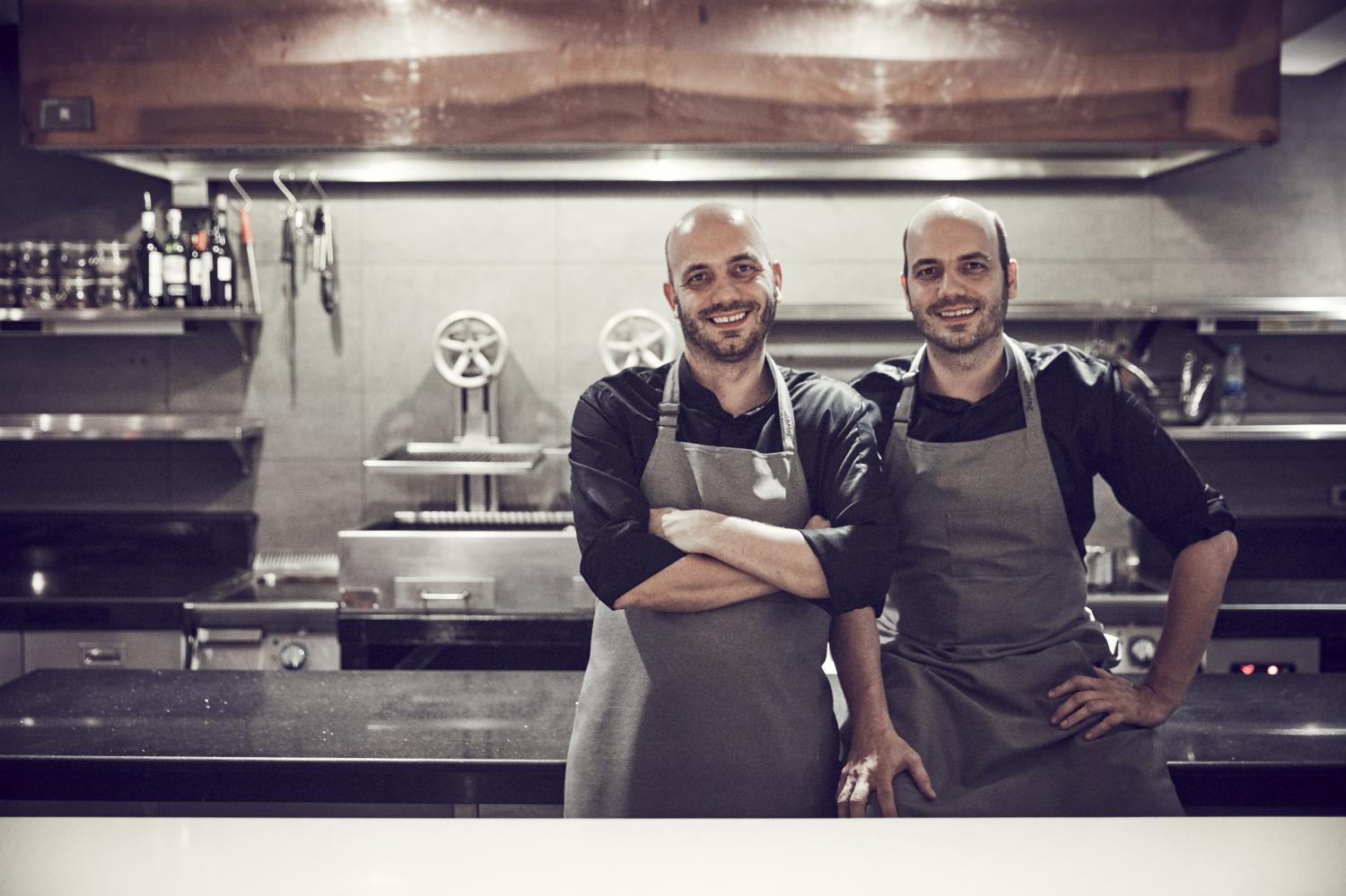 The Best Restaurant in Thailand 2020 on the list is Sühring (No.6), which showcases the best of modern German fare inspired by childhood memories, family recipes and years of travelling experience combining the essence of traditional dishes with contemporary central European influences. All elevated to the level of haute cuisine by chef twins Mathias and Thomas. Having shut up shop until April 30, this two-Michelin starred restaurant hopes that the re-opening date on the twins' birthday "will mark the turn for better in our home". 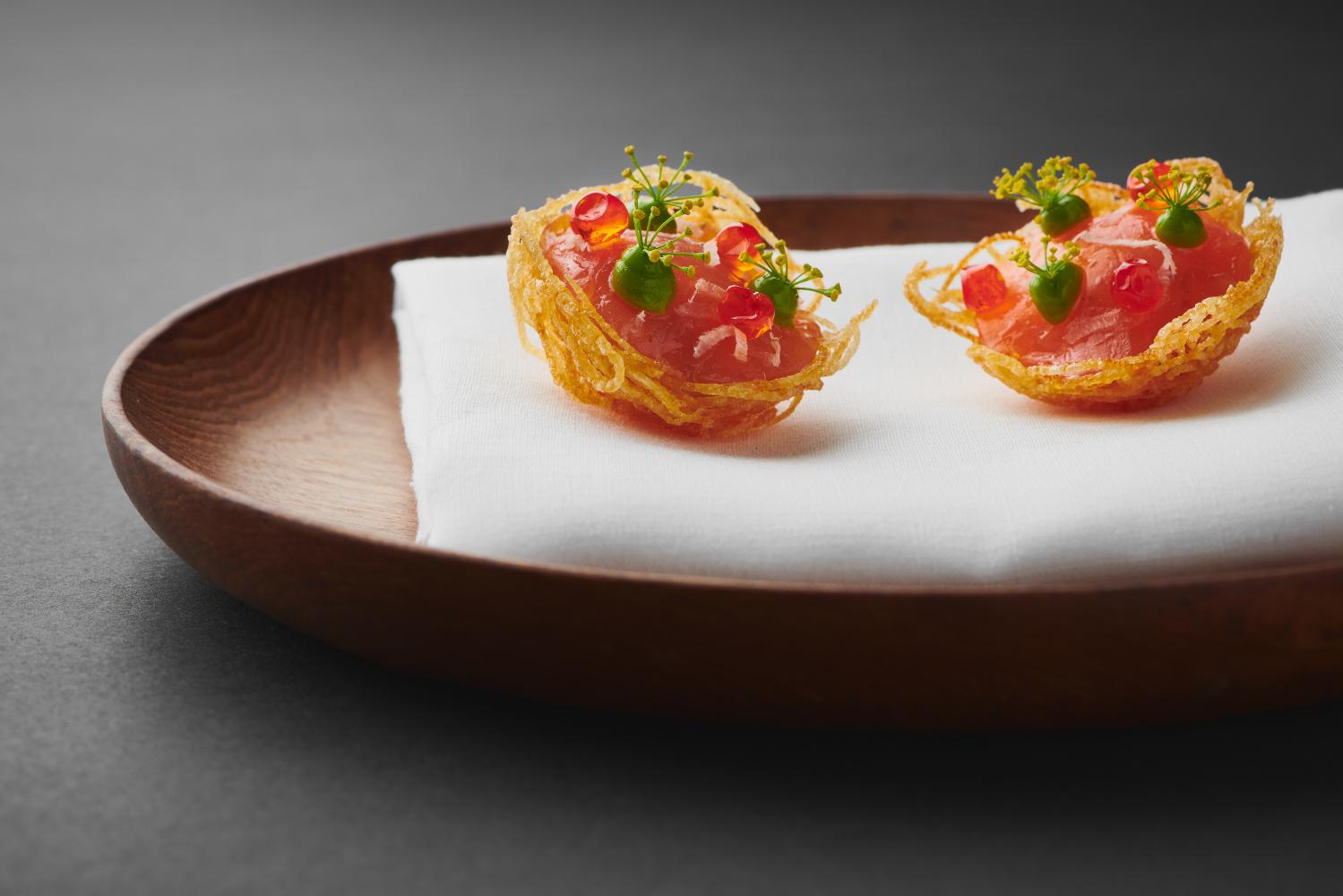 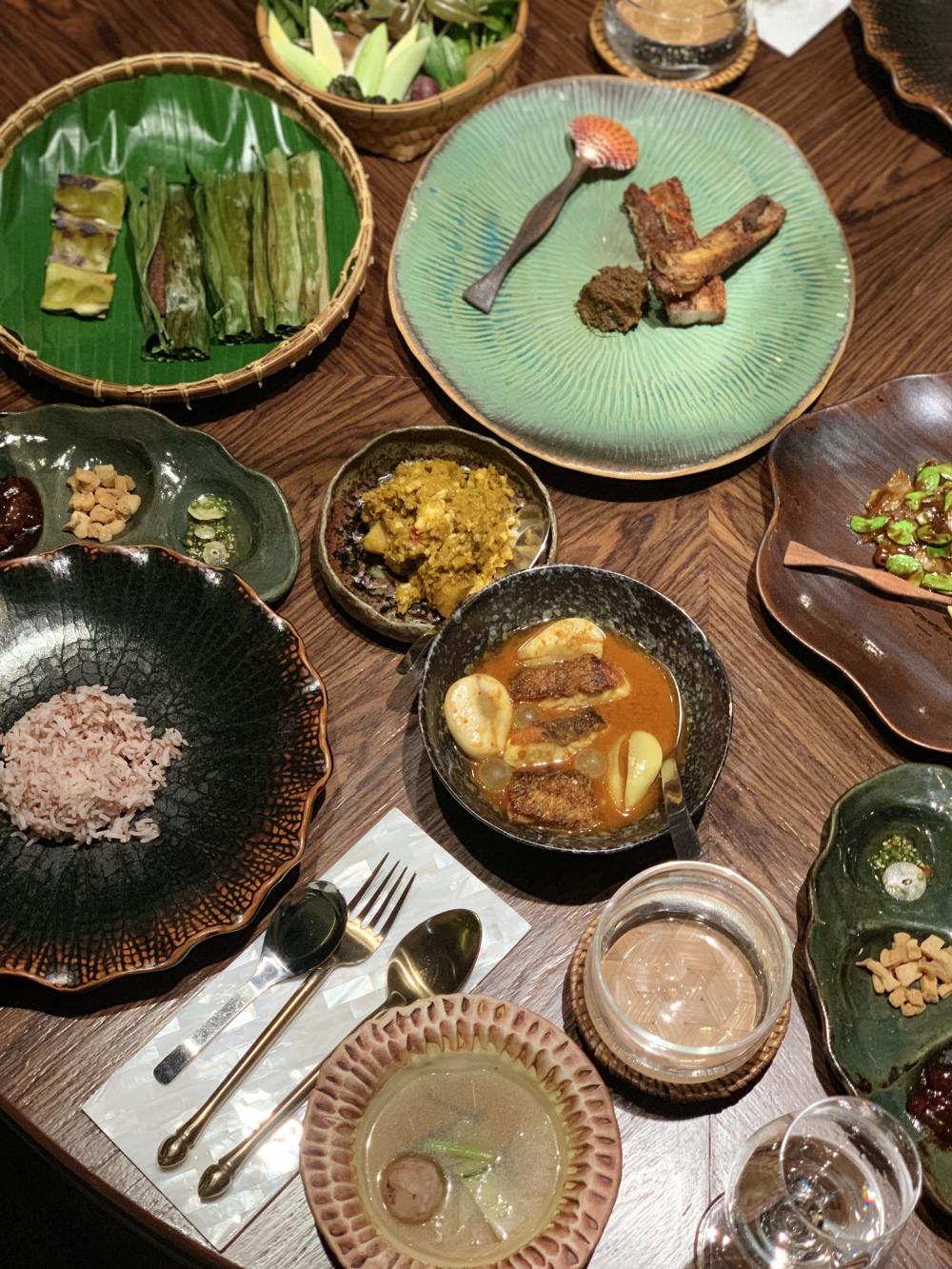 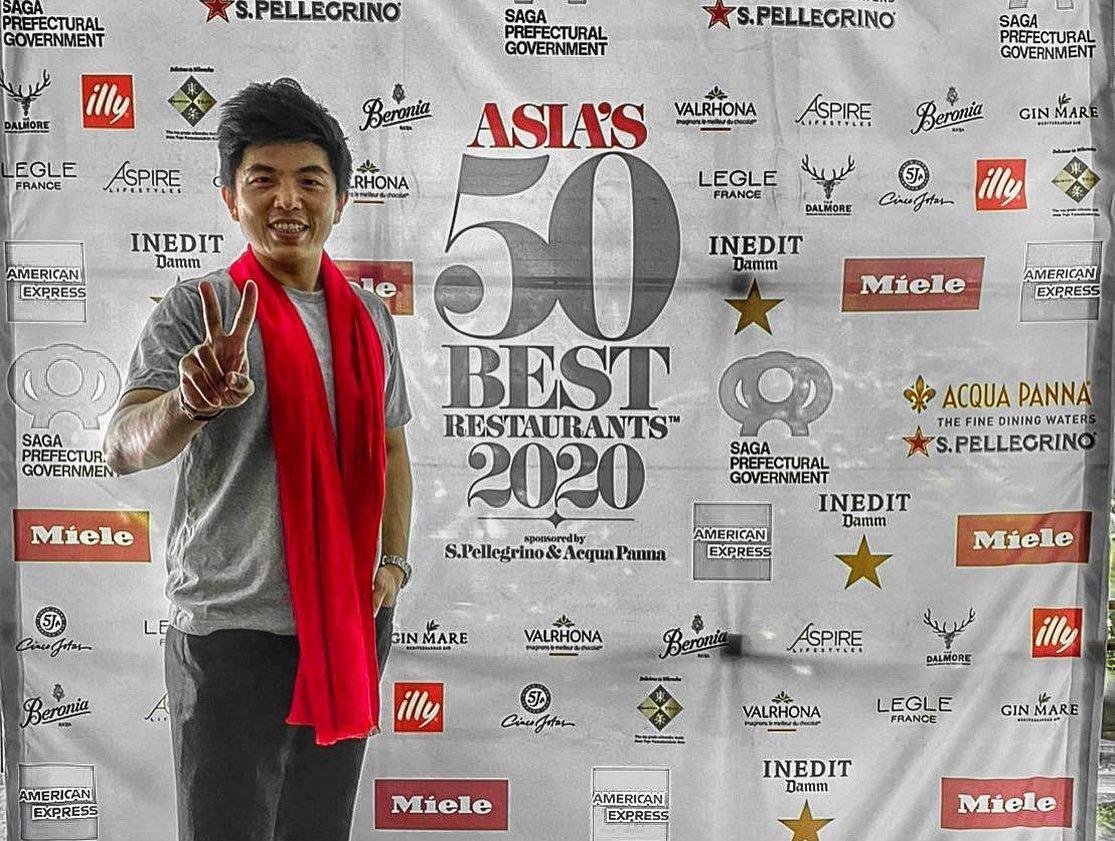 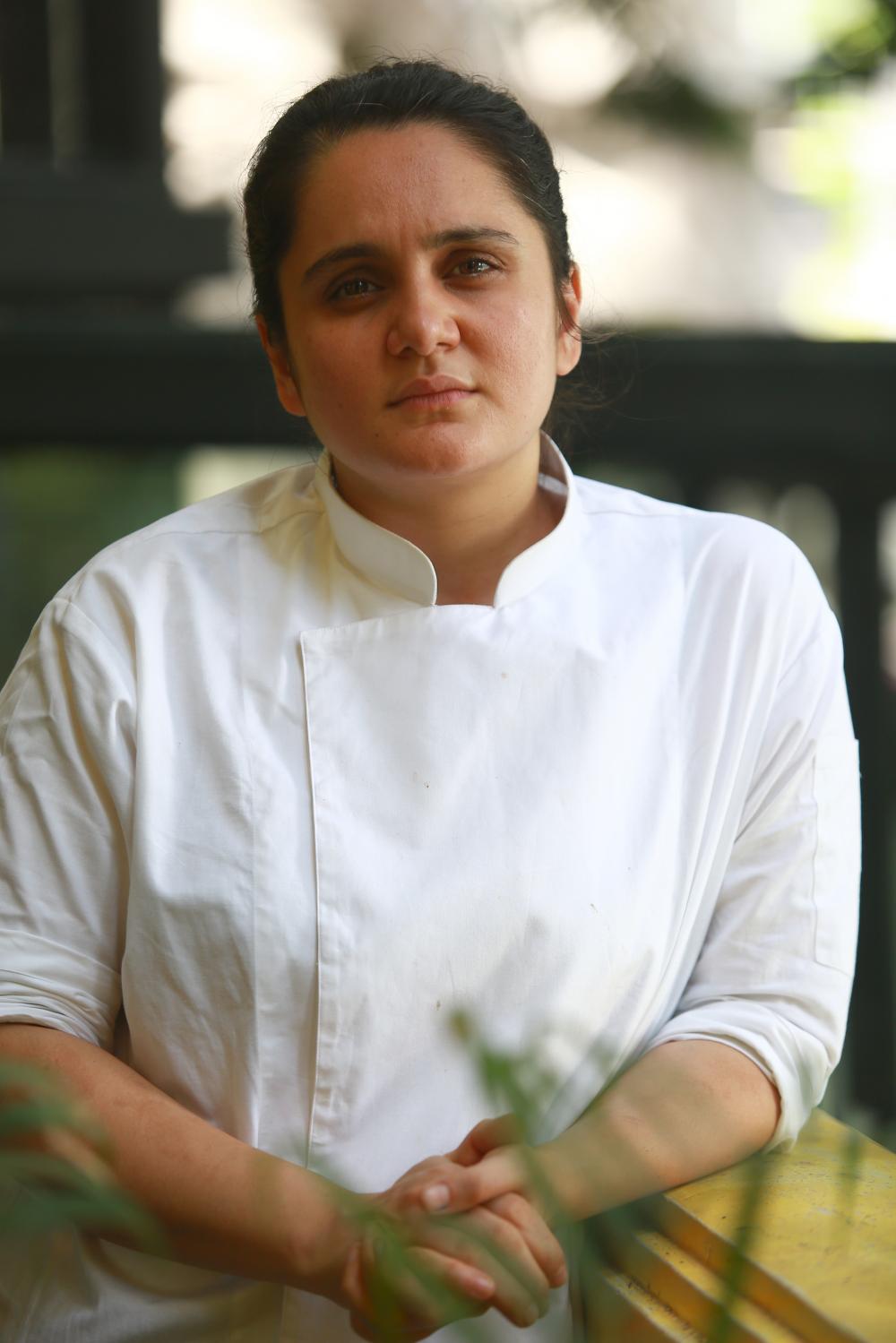 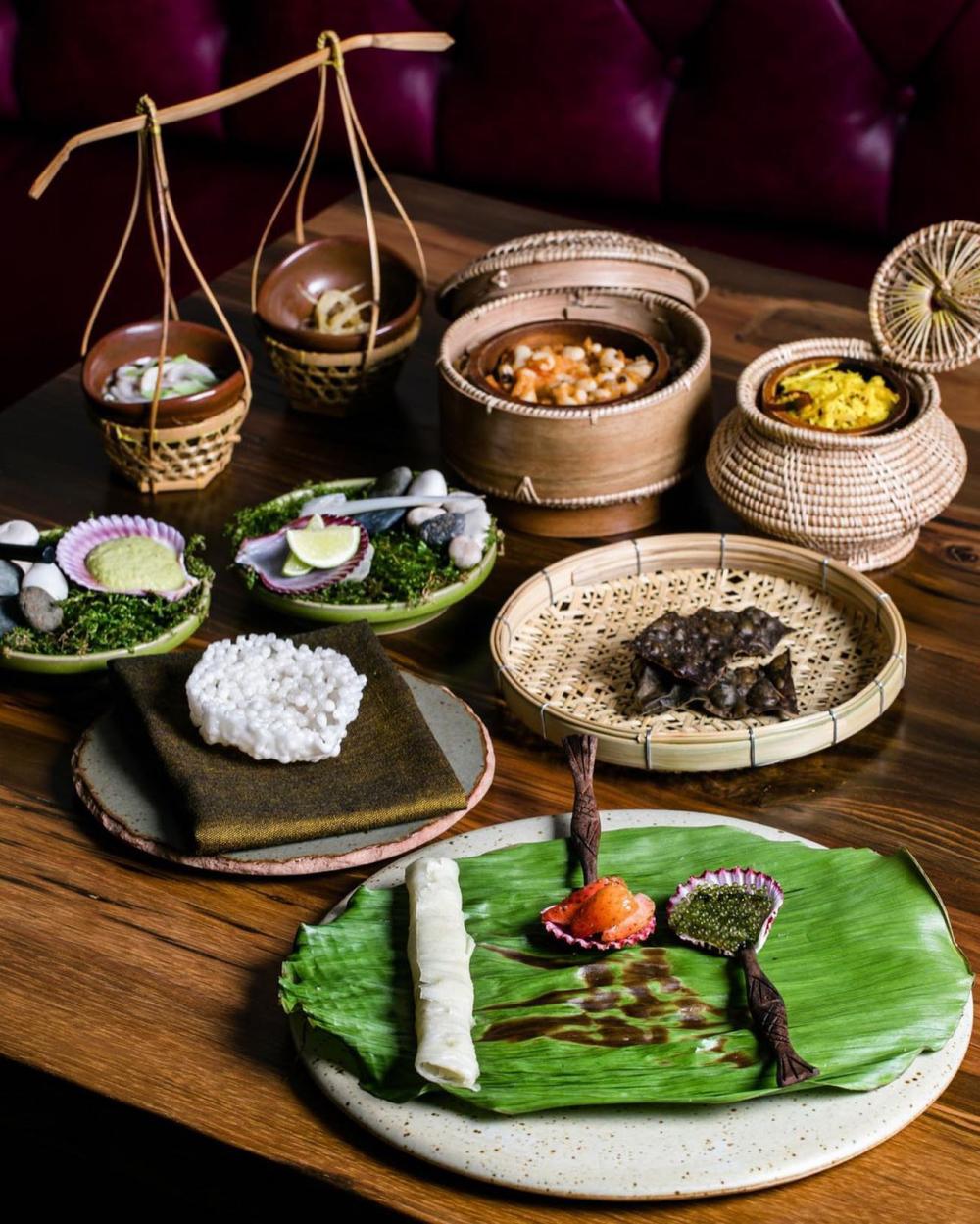 The Fisherman's feast at Gaa. photo courtesy of Gaa restaurant 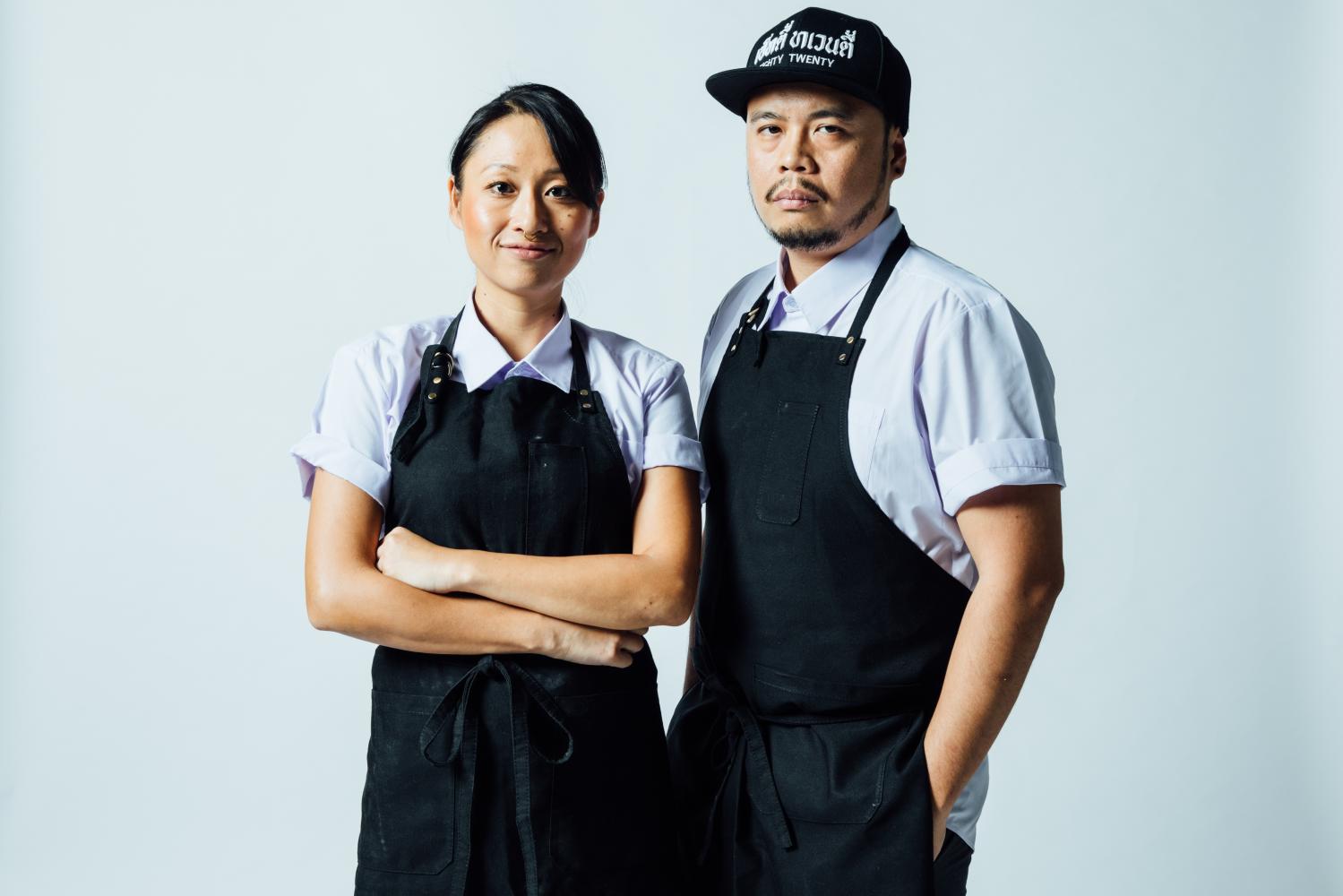 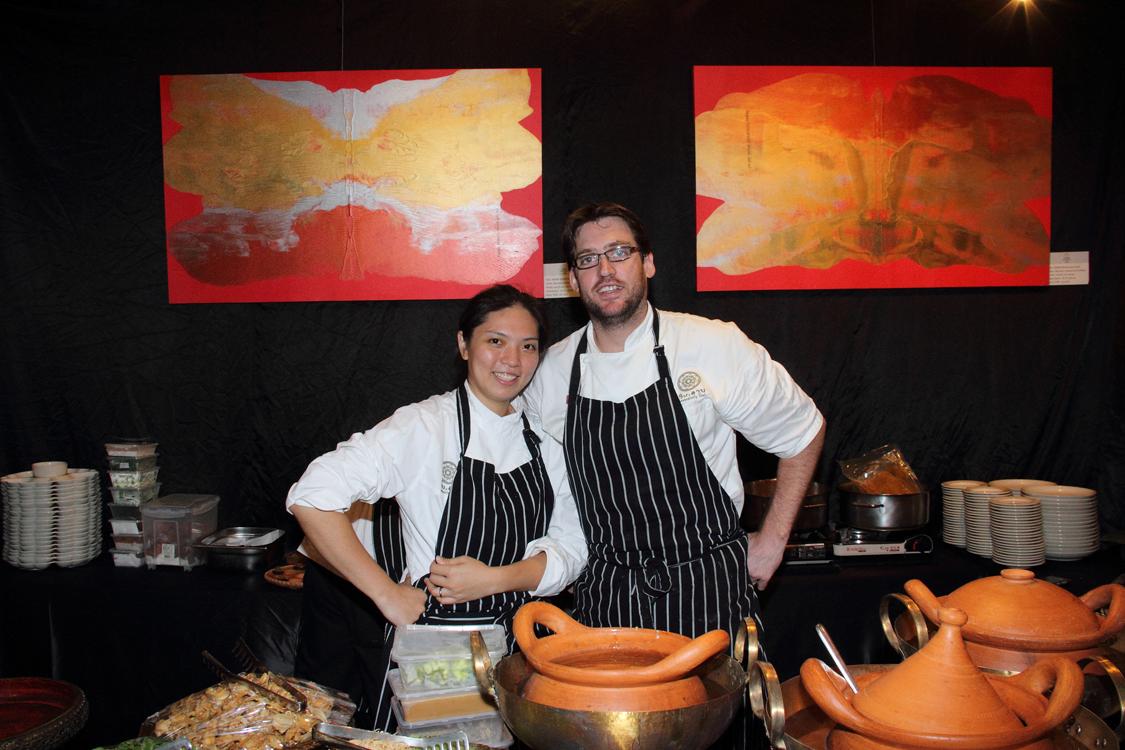 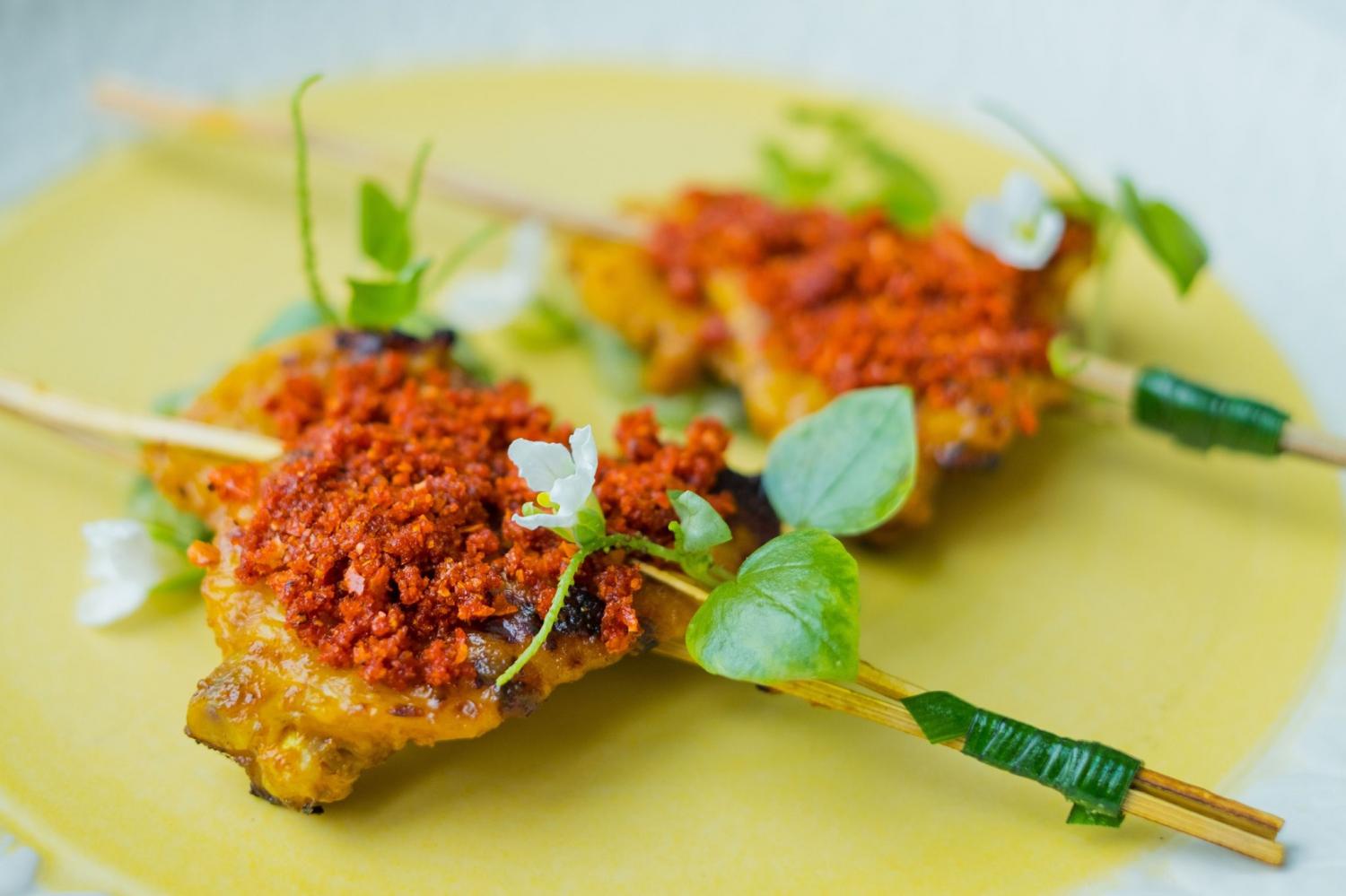