The French author and art collector was recently in Bangkok for a book signing and showcase of sought-after furniture, presented by The Nyaaarg Collective at Bhakdi Building, Nai Lert Park.

The tome is a reference that helps explore pieces from one of the world's finest collections of furniture from Chandigarh in northern India.

Dworczak made many visits to the "City Beautiful", renowned for its architecture and urban planning, and discovered its neglected treasure, which he amassed and documented in the Catalogue Raisonné.

"I had never seen from my own eyes such an amount of furniture designed by Pierre Jeanneret and Le Corbusier as I found in Chandigarh. Literally, piles of furniture were being 'abandoned' in some humid and dusty warehouse," he recalled of his first trip.

In the late 1940s, architects and urban planners Charles-Edouard Jeanneret-Gris, aka Le Corbusier, and his cousin Pierre Jeanneret were commissioned by the Indian government led by Prime Minister Jawaharal Nehru to take charge of building the capital of Punjab from scratch. Chandigarh furniture at the Bangkok showcase.

It was named Chandigarh or "Fortress of Chandi", in honour of the goddess of the same name.

In the 1950s until 1965, Le Corbusier and Jeanneret oversaw the construction of the horizontal garden city, whose layout and materials respected the environment and adapted to climatic constraints.

Jeanneret particularly supervised the manufacture of numerous furniture for administrative buildings as well as for private areas while making good use of wood from deforestation.

A model for the development of modern India, Chandigarh was originally designed for 150,000 inhabitants. Today, more than one million people live in India's "greenest" city, listed as a Unesco World Heritage site.

Fascinated by the urban project, Dworczak delved into archives and museums and conducted on-site research to gain a comprehensive overview of the prolific range of furniture. 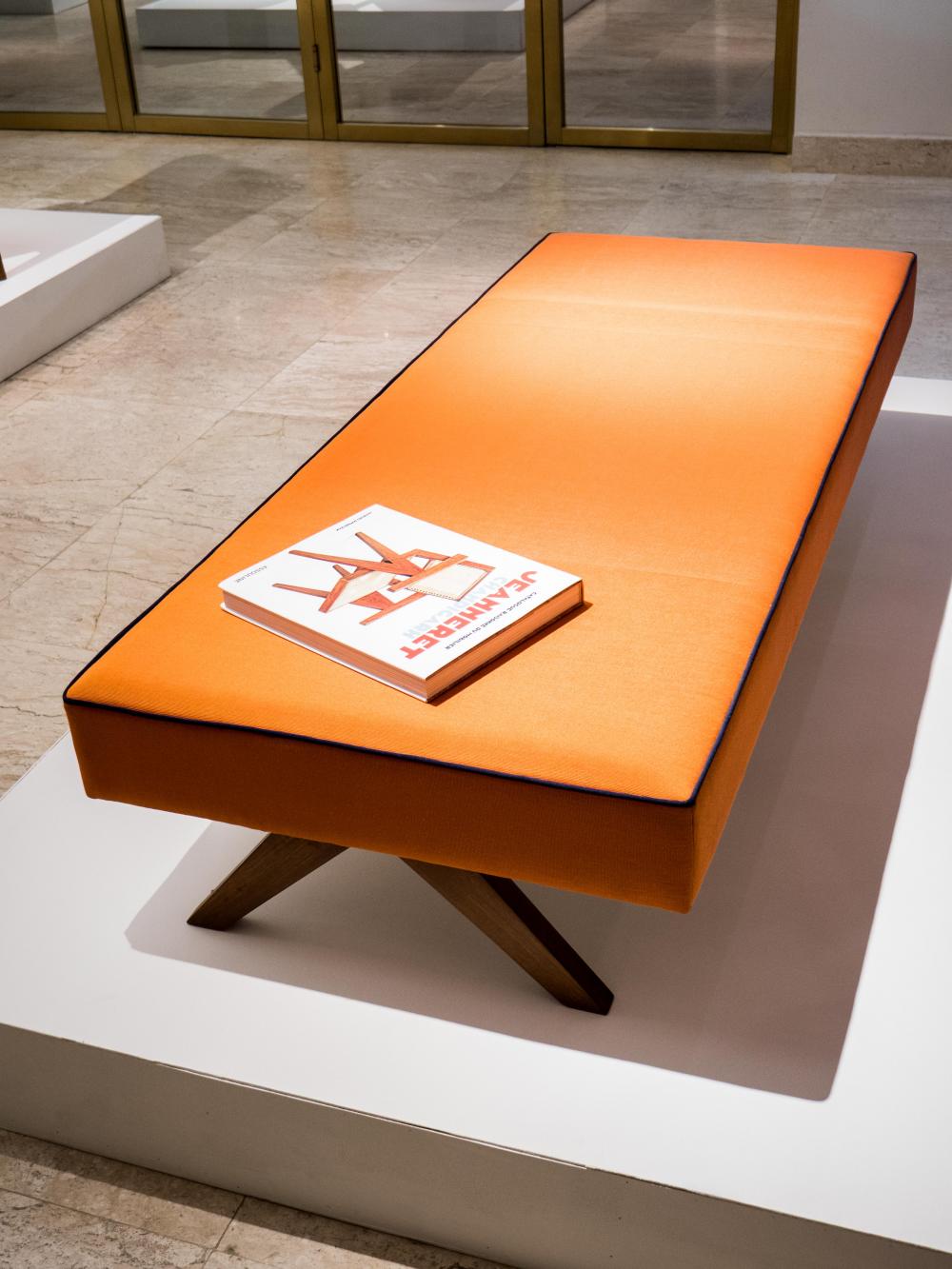 In his book, he describes the different kinds of wood used, according to their suitability to the local climate.

Featuring over 400 illustrations, the Catalogue Raisonné provides information about the objects and furniture, listed by "families" such as chairs, armchairs, fireside chairs, stools and sofas, as well as tables, desks, beds and street furniture.

"The first piece that I could ever buy was a desk," he said. "It was in a wonderful state and very beautiful, and most important I actually needed one."

The Chandigarh furniture still appeals in this day and age due to the minimalist and timeless design.

"More than 70 years later, you can still find them in the most contemporary designer showrooms, private houses and luxury establishments of all kinds," he noted.

Record prices for auctioned pieces have increased interest and demand. Since 2011, no pieces can exit India without permission from the authorities and the Ministry of Culture. 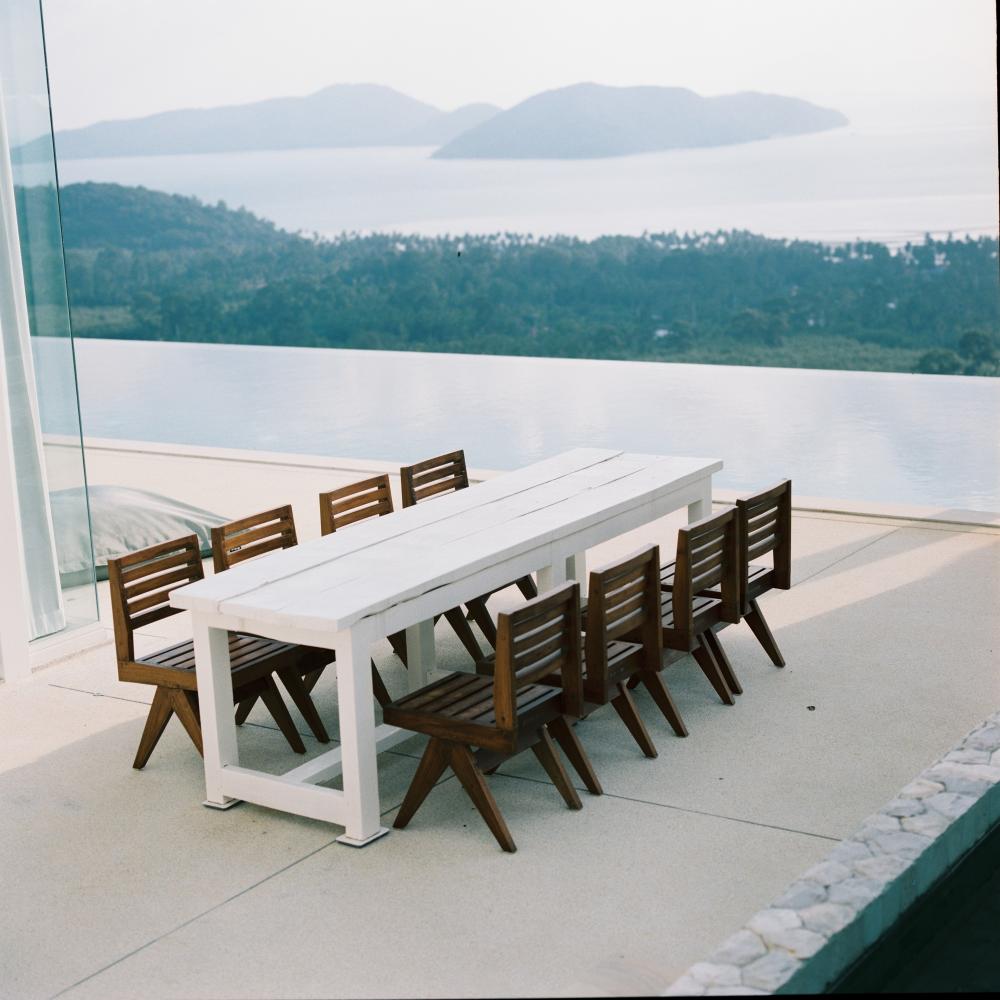 The venue on Koh Samui will allow a display of the Chandigarh furniture.

Rare items designed by Le Corbusier, such as a black desk, a teak console, coffee tables and a pair of floor lamps are also a part of Dworczak's collection.

After the Bangkok showcase, The Nyaaarg Collective will exhibit his collection in Koh Samui, planned in April but postponed due to the Covid-19 epidemic.

"The furniture can be discovered in a fully-functional living space gallery," he said. "The view, the architecture of the villa, and everything in Samui will provide the best set-up possible to highlight this magnificent collection."

The French collector had a high-level medical career before turning into an art expert and a specialist in naval artefacts.

He owned the dismantled SS France, built in 1960 and for over 40 years the world's longest passenger ship, whose pieces were auctioned at Artcurial in Paris in 2009.

His interest in luxury ocean liners led him to India, where the discovery of Chandigarh's forgotten treasure reoriented his career. It took him 15 years to be a furniture expert though.

"It takes experience -- the more you go through, the easier it gets to recognise real from fake, the kinds of wood being used, the quality of the craft," he said. "Furniture is still one of the most highly prized kind of art because it also answers a need and a function. Every era had their own design master -- Louis Majorelle for Art Nouveau, Jacques-Emile Ruhlmann for Art Déco … the list keeps on going."

When asked what he learned about Jeanneret and Le Corbusier when working on the Catalogue Raisonné, Dworczak said: "I learned more about myself. I learned that even with a scientific background I could actually write a book, which I never thought would be possible." 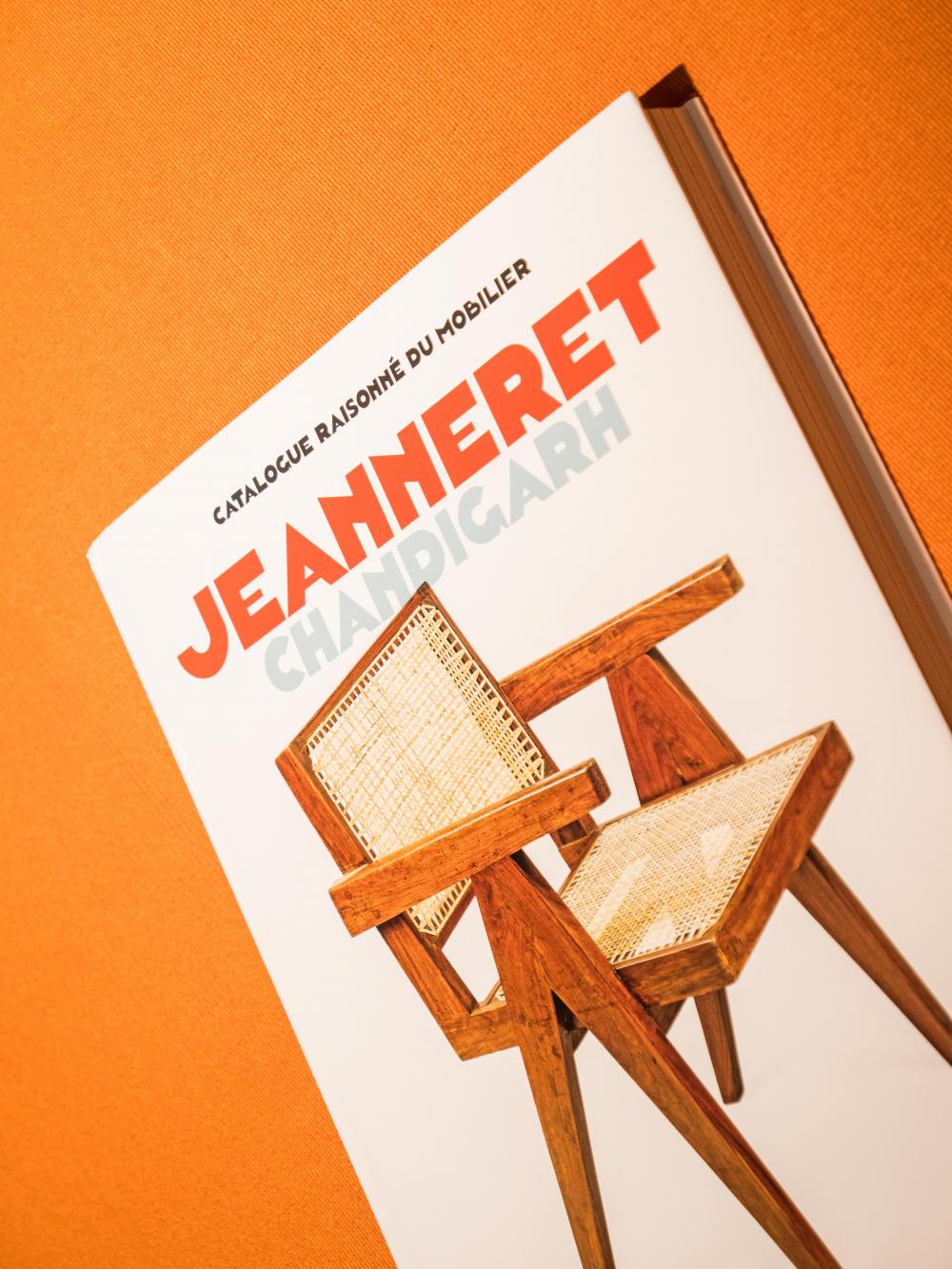 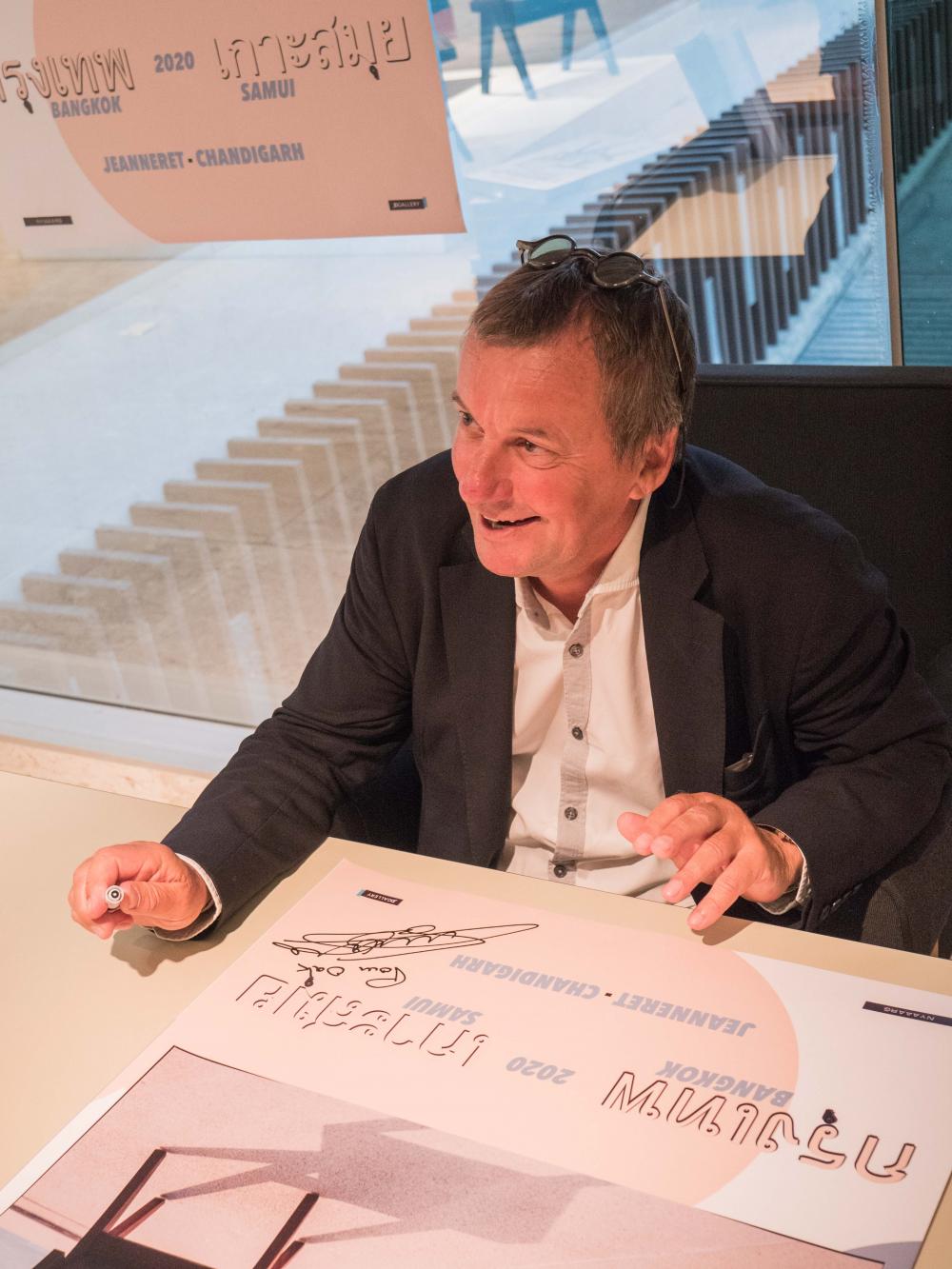 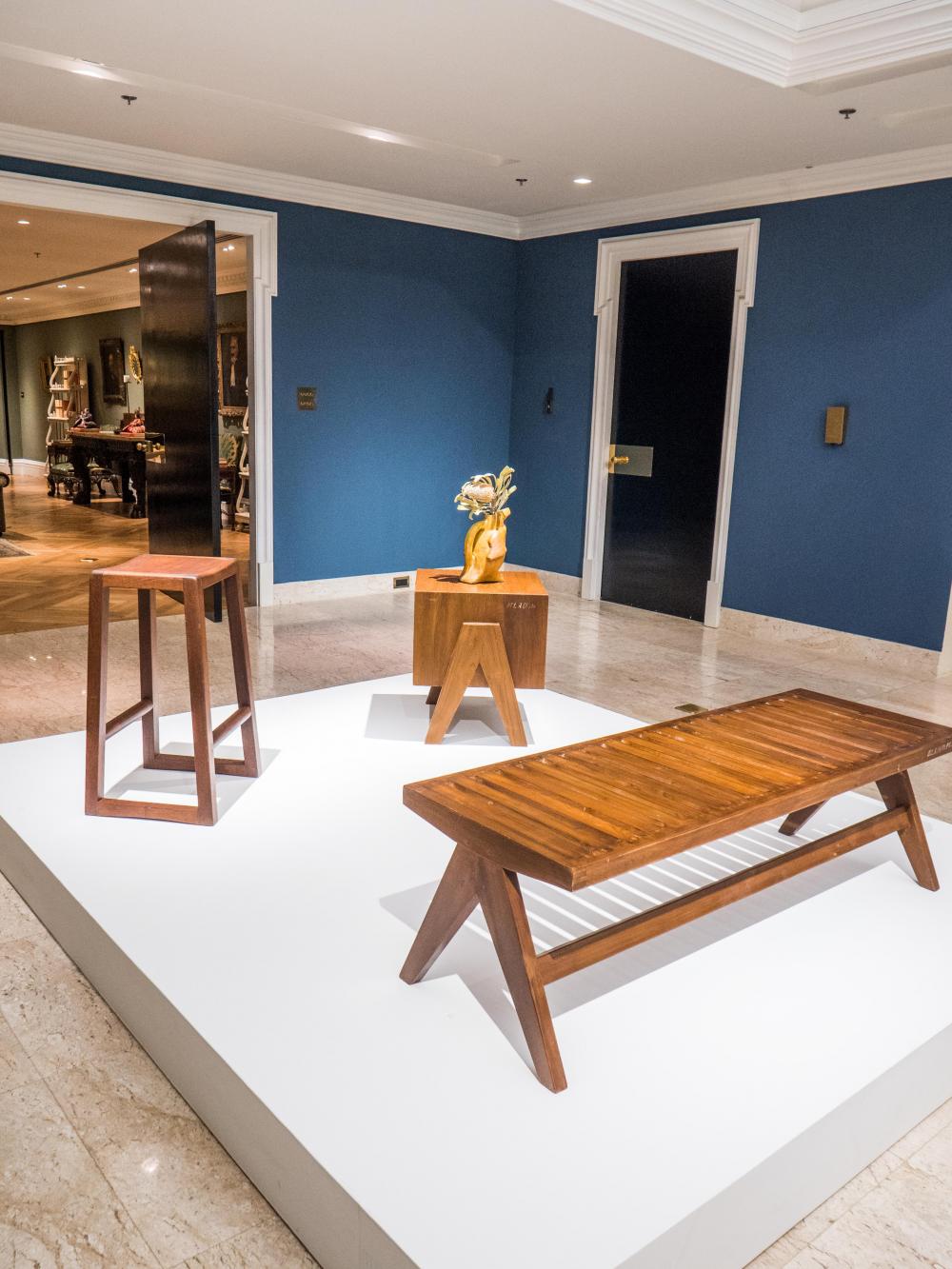 Chandigarh furniture at the Bangkok showcase.