It's all in the wrist
Life
Social & Lifestyle

It's all in the wrist

Along with Pierce Brosnan, a robust Omega watch made its debut in the 17th James Bond film, GoldenEye (1995). The Seamaster Quartz Professional Diver 300M with a blue dial was cast as Agent 007's timekeeper by costume designer Lindy Hemming. 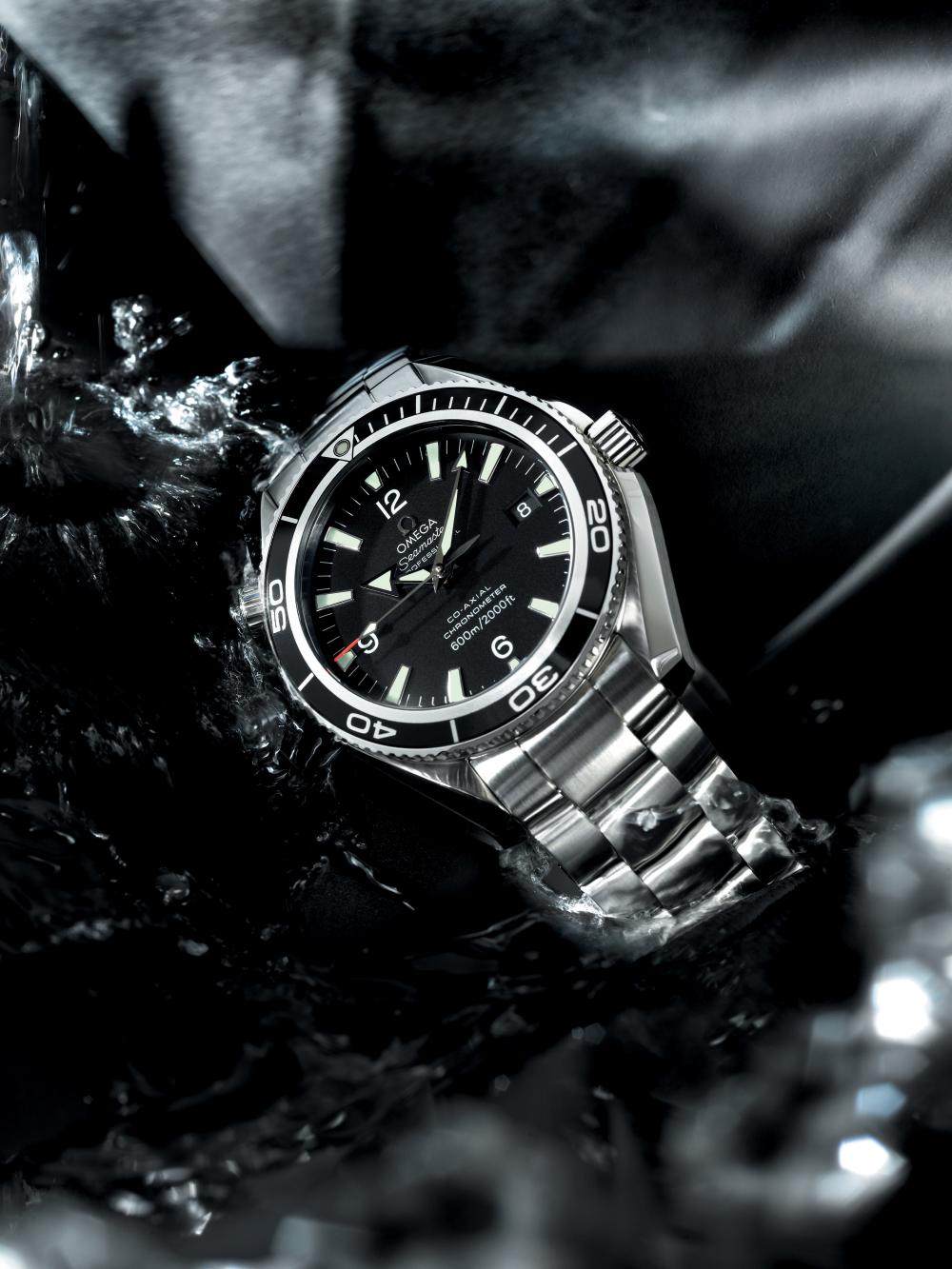 In one scene, the debonair British spy is trapped in the villain's armoured train, with the seconds ticking away before it explodes. However, he uses the watch's built-in laser on the bezel to cut through the steel plate, enabling him to escape in the nick of time.

Seamaster models are constantly modifed with ingenious gadgets that assist Bond in his daring missions.

A detachable remote-controlled detonator is incorporated in an automatic chronometer version of the Seamaster Diver 300M, worn by Brosnan in his second portrayal of 007 in Tomorrow Never Dies (1997).

In The World Is Not Enough (1999), Bond is trapped at the bottom of a nuclear bunker inspection pit, where he fires a miniature grappling hook by pressing the helium escape valve of the Seamaster Professional Diver 300M.

The valve is replaced by a detonator pin in a variation for Die Another Day (2002). Another modification, a laser shooting from the crown is activated by pressing on the dial. 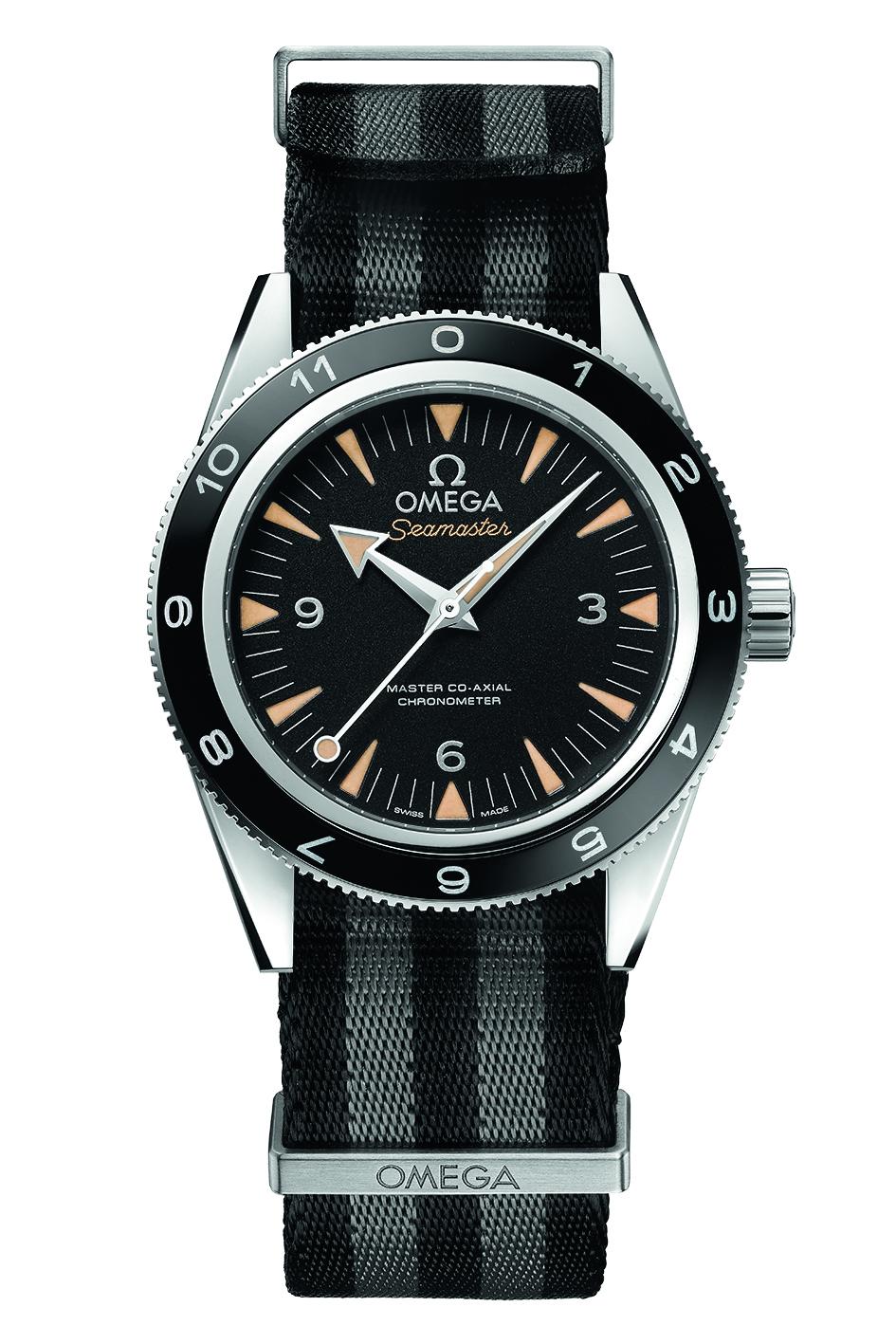 After Brosnan, Daniel Craig played Ian Fleming's most famous fictional character in Casino Royale (2006). The first scene features the Seamaster Diver 300M with a blue dial that catches the eye of Vesper Lynd, who describes it as "beautiful".

His other watch is a 45.55 mm Seamaster Planet Ocean 600M Co-Axial Chronometer, whose black face is matched with a rubber strap in the same colour.

A metal bracelet version is strapped on Bond's wrist, in the opening scene of Quantum Of Solace (2008), as he's inside his Aston Martin DBS, speeding along the shores of Lake Garda.

The model is also involved in memorable scenes from Skyfall (2012), such as a dramatic motorbike chase through the streets of Istanbul. In addition, the former Royal Navy commander dons a more dressy Seamaster Aqua Terra with a striped blue dial, in this action-packed film.

The Seamaster Aqua Terra represents a tribute to Bond's naval pedigree as well as the Swiss brand's maritime heritage. The classic timepiece reappears along with Seamaster 300 in Spectre (2015).

Marking the 20th anniversary of the Omega and James Bond partnership, this Seamaster 300 is the first 007 watch with a Nato strap. Other features include lollipop central seconds hand, bi-directional rotating GMT bezel, and an explosive secret that again helps the stylish spy out of a difficult situation in 24th instalment of the series. 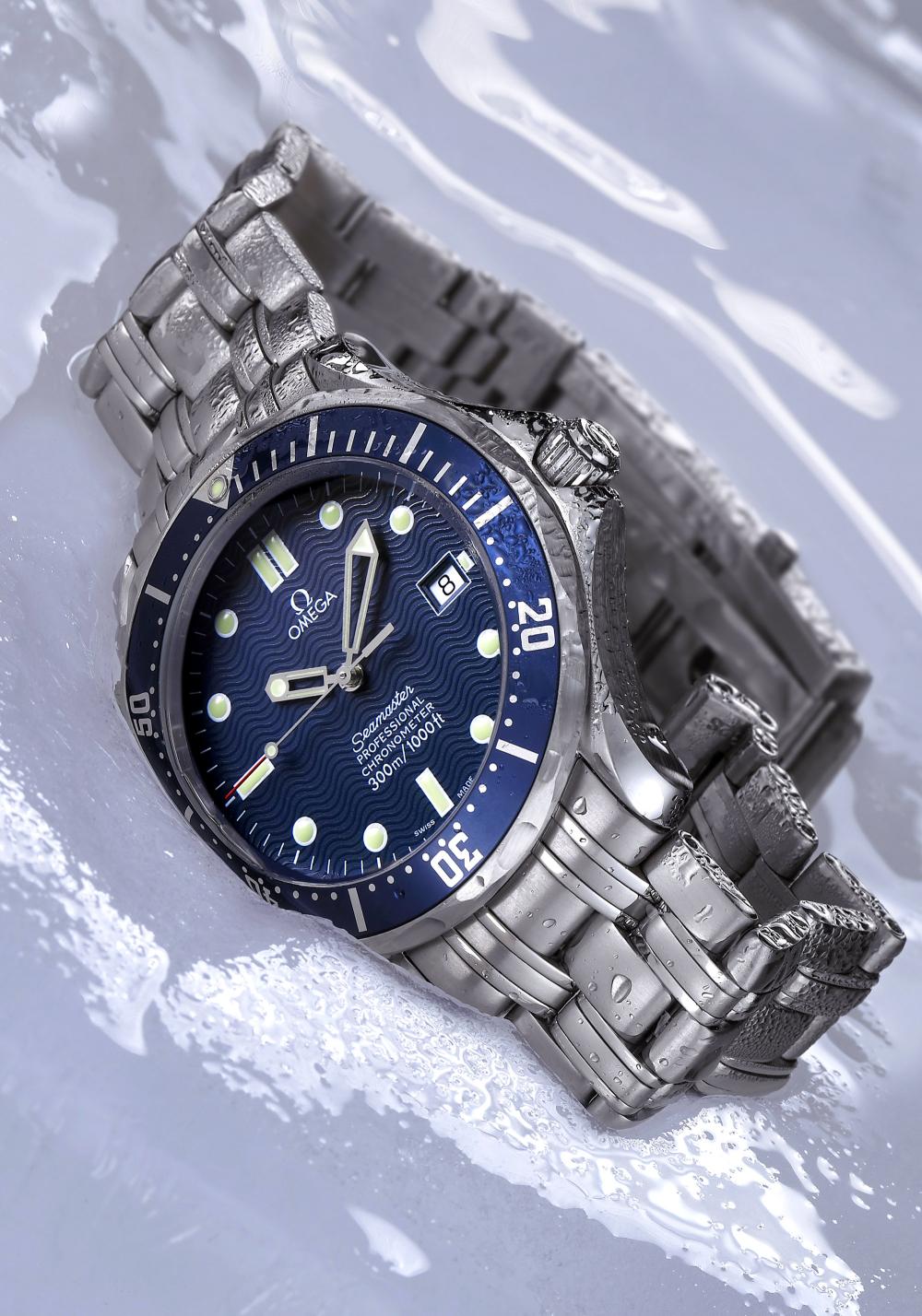