Convicted drugs money launderer and former motor racer Akarakit "Benz Racing" Worarojcharoendet says his former lawyer is threatening to make his family's life a misery unless he abandons legal action against him in a bail dispute. 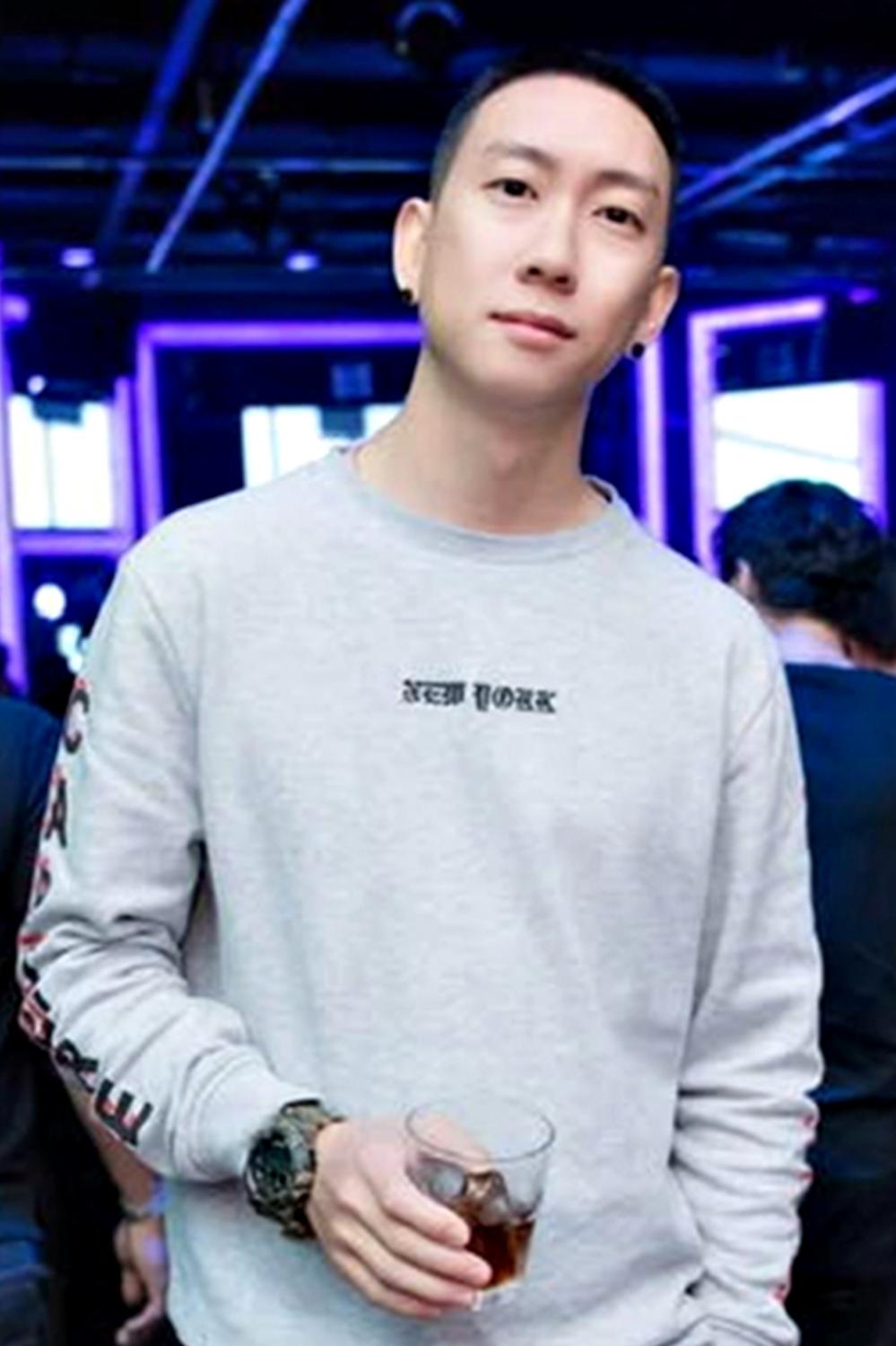 Benz, also known as Benz Racing, visited Sutthisan police on Sunday after a man called his mother Supornpen the night before threatening to frame him on a drugs charge if the pair refuse to abandon legal action they have taken against Benz's former lawyer, Siwawit Samrejpol.

Benz and his mother decided to go ahead regardless, appearing in the Criminal Court at Ratchada on Monday where they are suing Mr Siwawit in a tit-for-tat legal battle stemming from the bail dispute.

Benz, former husband of actress Napapa "Patt" Tantrakul, said the caller urged him to abandon the case or suffer the consequences. On Monday Mr Siwawit failed to show up at court and asked his lawyer to seek a deferral. The court postponed the hearing until June 1.

Benz was sentenced by the Criminal Court to eight years in jail in September 2018 for drug-related money laundering, and two of his associates to 24 years for trafficking and money laundering. He is out on bail pending appeal.

The dispute with his ex-lawyer goes back to the start of Benz's legal troubles in May 2017 when he was nabbed for drugs trafficking and laundering and faced a 3 million baht court demand for bail.

The court declined to approve bail, arguing the drugs charges were too serious. However, Benz said, Mr Siwawit failed to return the bail money as agreed. Benz said he sued Mr Siwawit in the Civil Court, which upheld his claim that the lawyer was in breach of contract.

Mr Siwawit, whom Benz says was later struck off by the Lawyer's Council in an unrelated case, sued Benz for accusing him of swindling the money. The court threw out that case, and Benz has now counter-sued claiming the lawyer gave false testimony.

Benz called the media to the police station to witness him filing a report over the threatening call. "The caller said if we didn't drop the case he would arrange to have drugs planted on me and for the police to catch me. He would also make life a general misery," Benz said.

"If he was innocent he would fight the case in court like anyone else," he said, referring to the lawyer.

A father is demanding justice after his son was killed in what he says was a gang attack in Rayong early this month, but for which only one man was prosecuted. 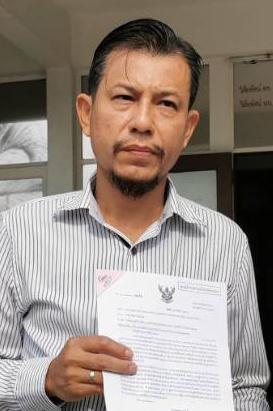 Athit Peungampol, 48, owner of a local spray painting business, has appealed to Rayong's police chief after his son Anon, or Flork, 18, a technical student, was attacked outside a second-hand motor store on Rayong-Ban Khai Road, Nong Thapan sub-district, early on March 2.

CCTV footage shows him stopping his bike alongside a black pickup truck with seven men sitting in the cargo bed. Anon and a friend, on motorcycles, had earlier come across the men on the truck near a set of traffic lights about 3km away where they had words after the truck cut in front of them.

As Anon, who had doubled back alone, pulls up next to the truck, one or two men from the truck, who recognised him, head towards Anon off camera.

Out of sight, Anon is pulled off his bike and assaulted. Moments later, the footage shows a man from the truck dragging along Anon's body, struggling to hold him upright. 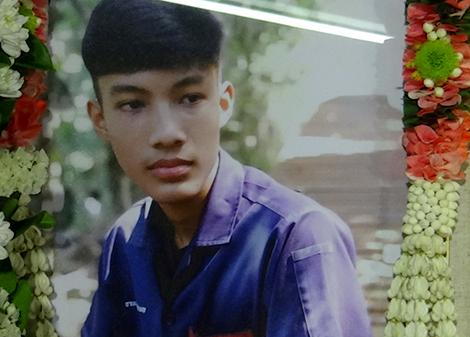 The man arrested for the attack, Warut Chanoern, 23, who, accompanied by his mother and elder sister, handed himself in to local police, said he kicked Anon once, and did not expect to kill him.

He said he recognised Anon from the argument earlier and thought he had come back to cause trouble. He insisted he acting alone in kicking the young man.

The Criminal Court sentenced Warut to 10 years jail for assault leading to Anon's death, halved after he confessed.

Anon's father, Mr Athit, disputes Warut's version of events. He said the trouble started when the men on the truck, who were drunk, attacked his son and his friend near the traffic lights. He claims he was set upon by a bunch of men from the truck, not just Warut as claimed, and they intended to take his life.

The young man was cremated on March 6 at Wat Khun Tong, in Chaichan district of Ang Thong, his birth province. Speaking to the media, and referring to Anon's attackers, his father asked: "What did my son do to make you so vengeful?"

"It was a cruel act, given that they did not know each other nor have any history of problems," Mr Athit said.

Anon's grandmother, Thongsuk Peungampol, 82, said she hoped to see him enter the monkhood and never thought his life would end so soon.

"I brought him up from childhood, and even after he went to finish his studies in Rayong he would still come home to visit. Last month, he called constantly. He was a sweet kid, and I want the thugs who did this to answer for their karma under the law," she said.

Earlier, Warut told police that he and his mates were on their way home after celebrating a friend's birthday. Their pickup had passed the traffic lights by about 300m when two motorcycles, including Anon's, cut in front and blocked their path.

They were unable to pass the vehicle despite agitating from the rear. Finally, the truck cut in front and words were exchanged. He said both sides stopped their vehicles, got off and hit each other before parting ways.

He and his mates carried on and parked in front of the second-hand motor shop to see a friend. Coincidentally, Anon doubled back and stopped by the side of the truck, he said.

"I recalled we had a problem and thought he had come back to seek revenge. I headed over and kicked him once. He collapsed and was still, but I didn't think he was dead," Warut said.

Mr Athit said the CCTV footage and autopsy make it clear that his son was the victim of a group attack. He wants police to reopen the case and press charges of intentional killing against the other men on the truck.

The grieving father, who has turned amateur sleuth since his son's untimely death, said he had uncovered evidence of the occupants of the truck turning off their lights and racing ahead, as if lying in wait to trap his son.

"They didn't take him to hospital and tried to hide the body. They also told my son's friends that his bike crashed and he died in an accident. The second attack outside the shop occurred 2.9km away within 10 minutes of the first but in total there were three attacks.

"They planned to take his life, using his motorcycle helmet to beat his head," he said. He has also taken up his call for a new probe with Police Region 2 head Pol Lt Gen Montri Yimyaem.

Provincial police chief Pol Maj Gen Chalong Sukjan said he had set up a panel for the sake of Mr Athit's peace of mind to review the case again. Police would proceed with any new evidence, he said.

Sek goes to the highest bidder

Rocker Sek Loso's ex-wife Wiphakorn "Kan" Sukpimai is offering to sell her family's story to any soap opera director willing to take on their stormy tale of drugs, heated divorce, assault and mental illness for the sake of the public good. 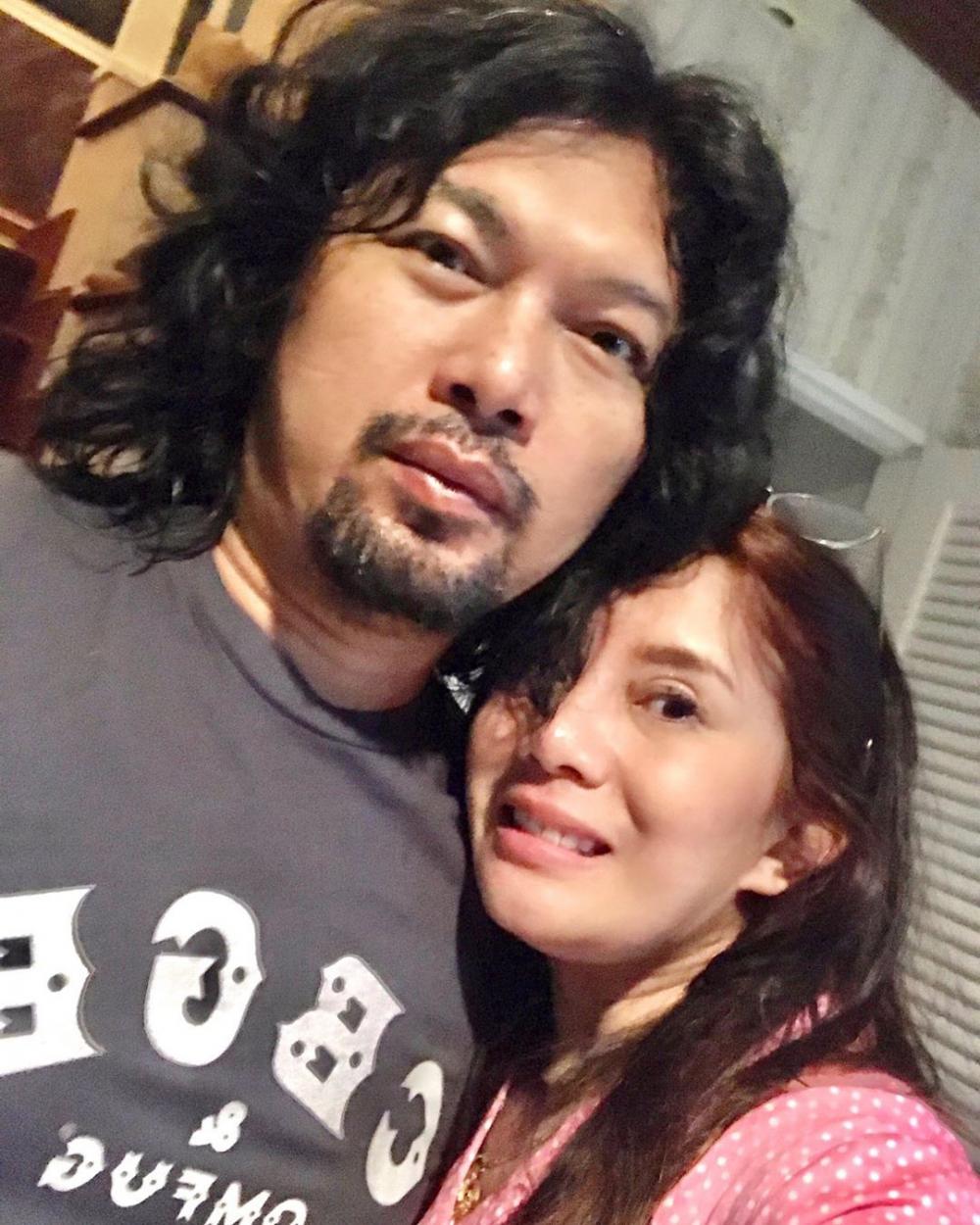 In a social media post, Kan said other families have dealt with similar dramas since her explosive claim nine years ago that Sek was hooked on hard drugs, which forced the rocker into rehab. However, she was offering to sell their story in detail which few families are ever willing to reveal about their lives.

"Other families have dealt with similar: Love, drama, a lack of justice in society, vengeful attacks on each other almost to the point of death, interference by third parties who come and go, and assaults on the innocence of children. It's a saga of many flavours, but in our case, the male and female leads now understand each other and a happy ending is close by," she wrote.

"But don't get complacent. There is still a cold-blooded evil one out there with her sights on harming her family ... wait for the next instalment to see how the female lead sorts her out. It's strong stuff. This story serves as a lesson to us all," she added.

Kan warned directors to get in with offers for their story now while they still had the chance because, as the climax of the tale nears, the family would exit the public limelight. "Once the epic is over, she and her family will disappear from social media instantly," she said, referring to herself as the lead actress in the epic tale. "Any directors who can see this might be of some use as a soapy lakorn are welcome to get in touch."

Over the past nine years through her outspoken social media posts Kan has treated the public to details of her messy divorce with Sek; the rocker's battles with bipolar disorder; Sek's busy love life including brief union with actress Paphada "Sandwich" Chotikawanitch, his second wife with whom he has a young son. He also took up with a live-in lover, model Apisaya "Eve" Pattanaworasap, as he struggled to get his ailing career back on track.

Kan has since driven both women out of Sek's life, with Sandwich evidently happy to stay on the sidelines but Eve fighting back with defamation action. Kan, who has moved back in with Sek and helps their eldest son manage his career, has accused both women of trying to "interfere" in her family's life. Sek has not commented on Kan's offer to share details of their family's dramas.