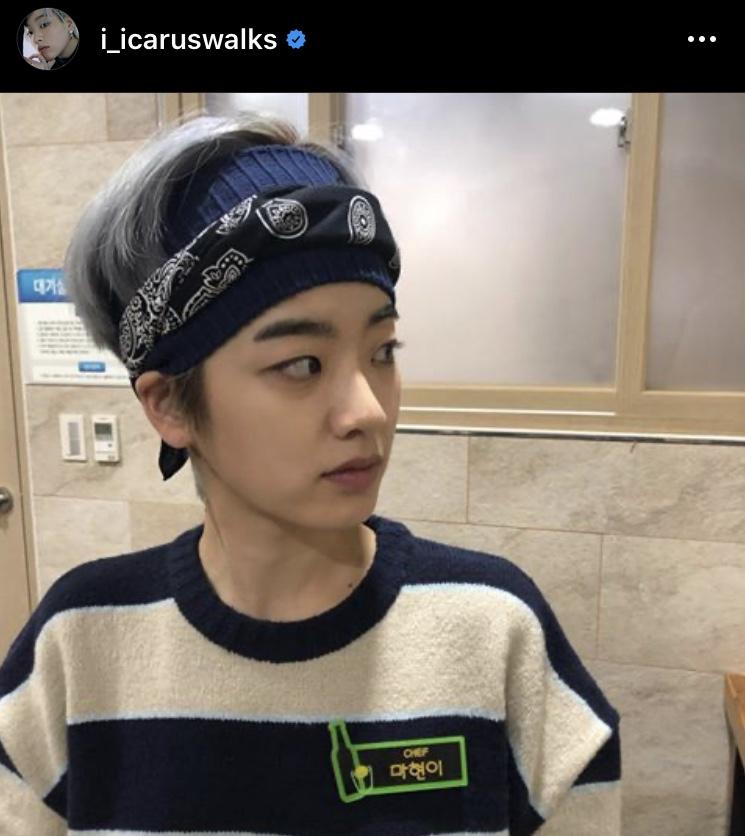 One of the hottest series this month is Itaewon Class on Netflix, which follows ex-convict Park Saeroyi in his rise to rule the Korean food industry and seek revenge against those responsible for his father's death. Aiding Saeroyi in his quest is a group of misfits and outcasts who serve as staff at his pub. One of such character is his chef, Ma Hyun-yi, who is later revealed to be a transgender woman.

In one episode, Hyun-yi, (played by cisgender actress and model Lee Joo-young) who looks rather androgynous from the start, is found wearing a long wig and female clothes in a dance club by her co-workers. Her colleagues are surprised by the revelation, with some taking the news worse than others. Still, the team eventually learns to accept Hyun-yi as she is.

Hyun-yi then comes back in focus in later episodes when she represents the pub at a cooking contest. The opposing team leaks the news about her transgender identity and outs her to the public in hopes of driving out the competition. Hyun-yi is initially embarrassed and in fear, but comes back after being inspired by a co-worker. She publicly owns up to her identity and eventually wins the contest.

Prior to that scene, her male co-worker is seen talking about Hyun-yi, saying that, as someone who lives against nature and in her own way, Hyun-yi is stronger than anyone. I find it interesting to see this "going against nature" repeated twice in the same episode, and perhaps that reflects a certain belief and mindset people still have when it comes to transgender people. Though it's being used in a positive connotation, I wouldn't call it my favourite part. However, as a whole, this entire sequence at the end of the 12th episode was indeed empowering and revolutionary.

Of course, some may have an issue with casting a cisgender actress to play a transgender woman. I initially thought Lee Joo-young's role was a tomboy. So, the fact that she was actually playing someone on the other side of the spectrum came as a surprise. Is she convincing in her role? That's debatable. But, overall, I'd say the actress did a good job in bringing Hyun-yi to life onscreen.

I don't think I have ever seen a plot about transgender people in any K-drama before. So, it came as a surprise that this storyline and character is incorporated into the series at all, let alone in a significant way. It shed light on the level of acceptance and discrimination in Korean society. Having a storyline about transgender people being featured in such a big show would do well in terms of raising visibility to the general public. 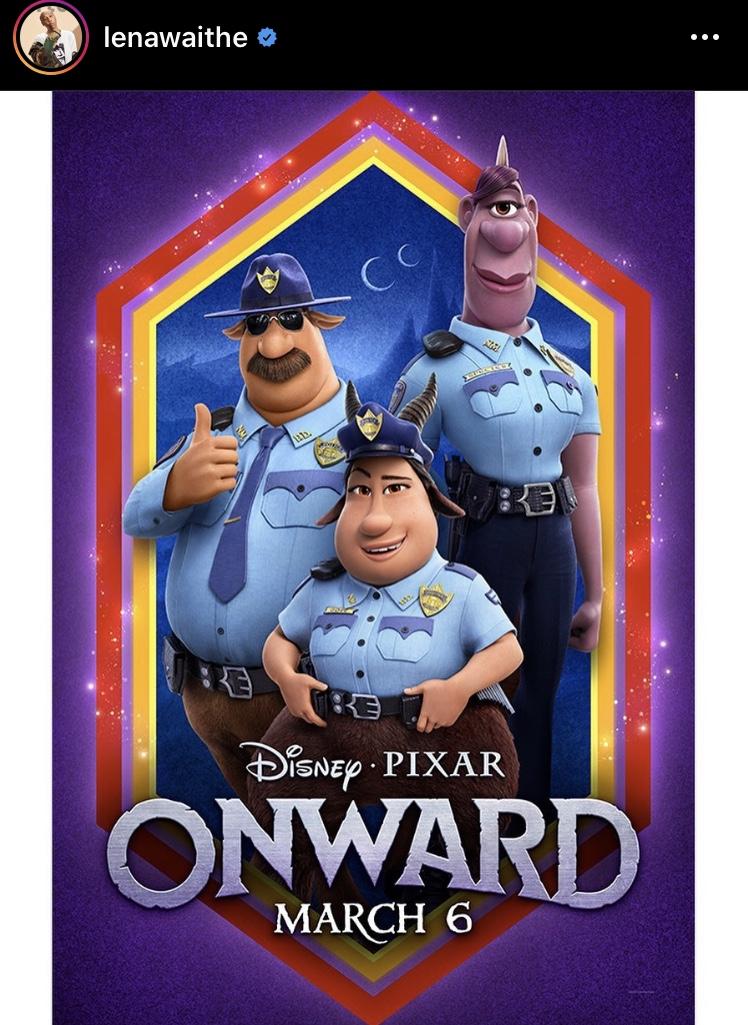 Before cinemas shut down, one of the last movies I caught on the big screen was Onward. Disney/Pixar's latest fantasy animation follows two elf brothers who go on a magical quest to bring their deceased father back to life. Amid all the mythical creatures, a lesbian character also made a very subtle appearance in the story.

In a blink-and-you-miss-it kind of way, one scene featured a female cyclops police officer named Specter who mentioned to her co-worker that she was helping to raise her "girlfriend's daughter". The character, voiced by lesbian screenwriter and actress Lena Waithe, only appeared briefly as the brothers travelled across town. She doesn't have much role in the main storyline.

At first, when it was announced that Onward would feature an LGBTI character, people were sceptical. The initial released picture of the purple cyclops had many calling out its seemingly stereotypical flamboyant portrayal. The actual scene in the movie probably caught many off guard as Specter was very ordinary as far as the onscreen representation of LGBTI characters goes. Other characters were also very casual with her statement. So, at least in the Onward universe, LGBTI families are well accepted. Delightfully surprising, yes. But, at the same, we have to ask: "Is that all?" Like, really?

Well, a minute appearance is better than none. Still, that very brief moment was enough to rile up some Muslim countries where homosexual acts are criminalised. The film was banned in several Arab countries, including Oman, Qatar and Saudi Arabia. The ban is not universal, however, as the film was still able to screen in countries like the United Arab Emirates and Egypt. Specter's dialogue was also reportedly changed in the Russian dub to be less gender-specific.

It seems Disney's been testing the waters. The studio had a similar experience in its live-action Beauty And The Beast a few years ago as it subtly made the character LeFou gay. The film was banned in a few places, too. It was good to see that the ban didn't deter Disney from incorporating LGBTI characters, no matter how small that inclusion may be. As audiences, we do hope the studio will take a bigger step in the future. 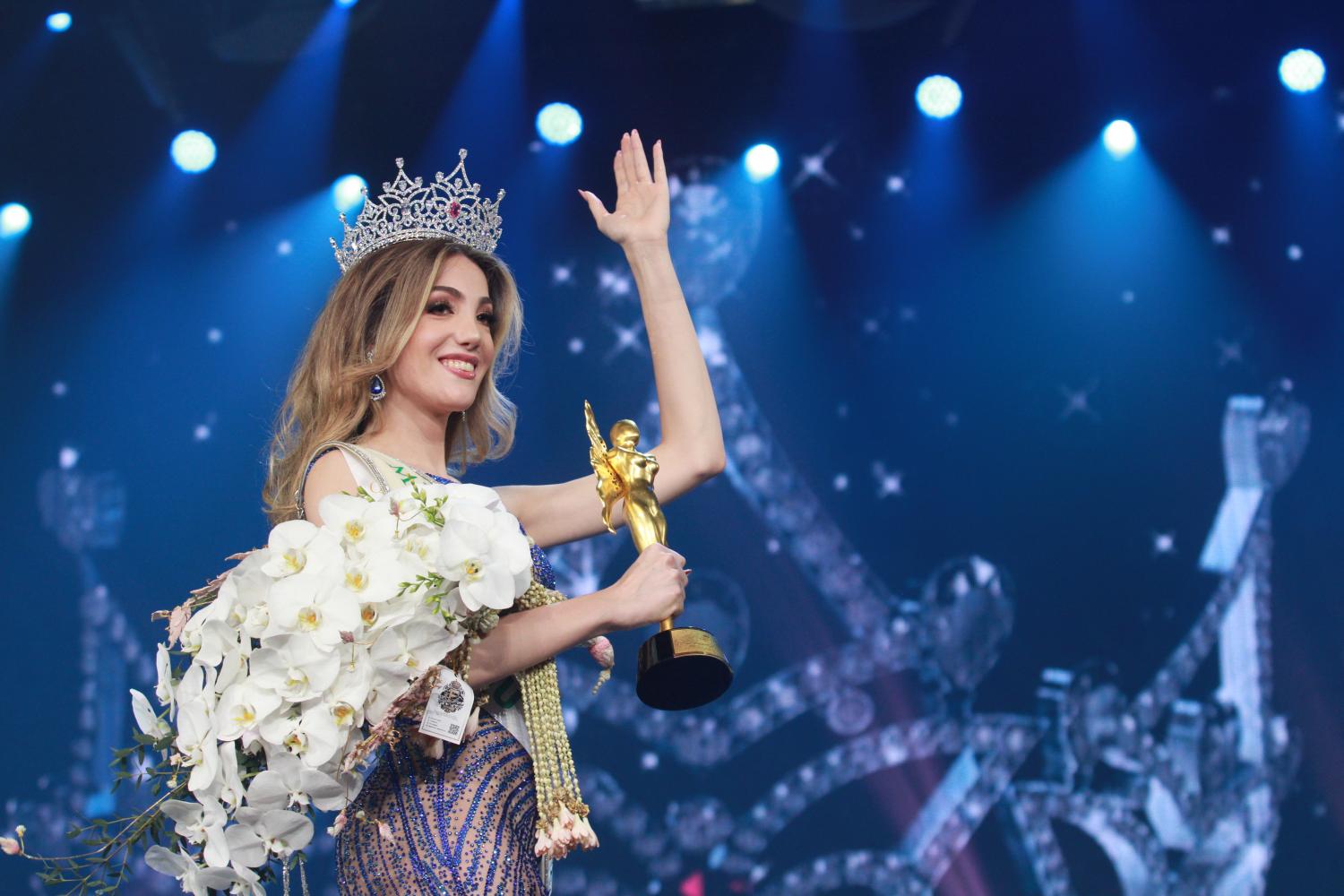 Different events may be cancelled during the Covid-19 outbreak, but the Miss International Queen (MIQ) transgender beauty pageant braved it all in Pattaya to put on a show earlier this month.

Founded in 2004, MIQ celebrates its 15th anniversary this year. Previous international titleholders had their reunion onstage to give a special performance. Meanwhile, a new generation of 21 beauty queens competed for the crown. In the end, Valentina Fluchaire from Mexico took home the coveted title, with Thailand's Ruethaipreeya Nuanglee and Brazil's Ariella Moura as her runners-up.

I had to commend the organiser for putting in place different safety measures throughout the competition. There were staff members stationed outside the contestants' dressing room and at the theatre's entrance to check everyone's temperature and provide hand sanitiser. During rehearsals, contestants were also provided with face masks. It was unfortunate that the theatre was not full as usual as some people stayed home for fear of the virus, but at least the final round was as dazzling as it has always been. 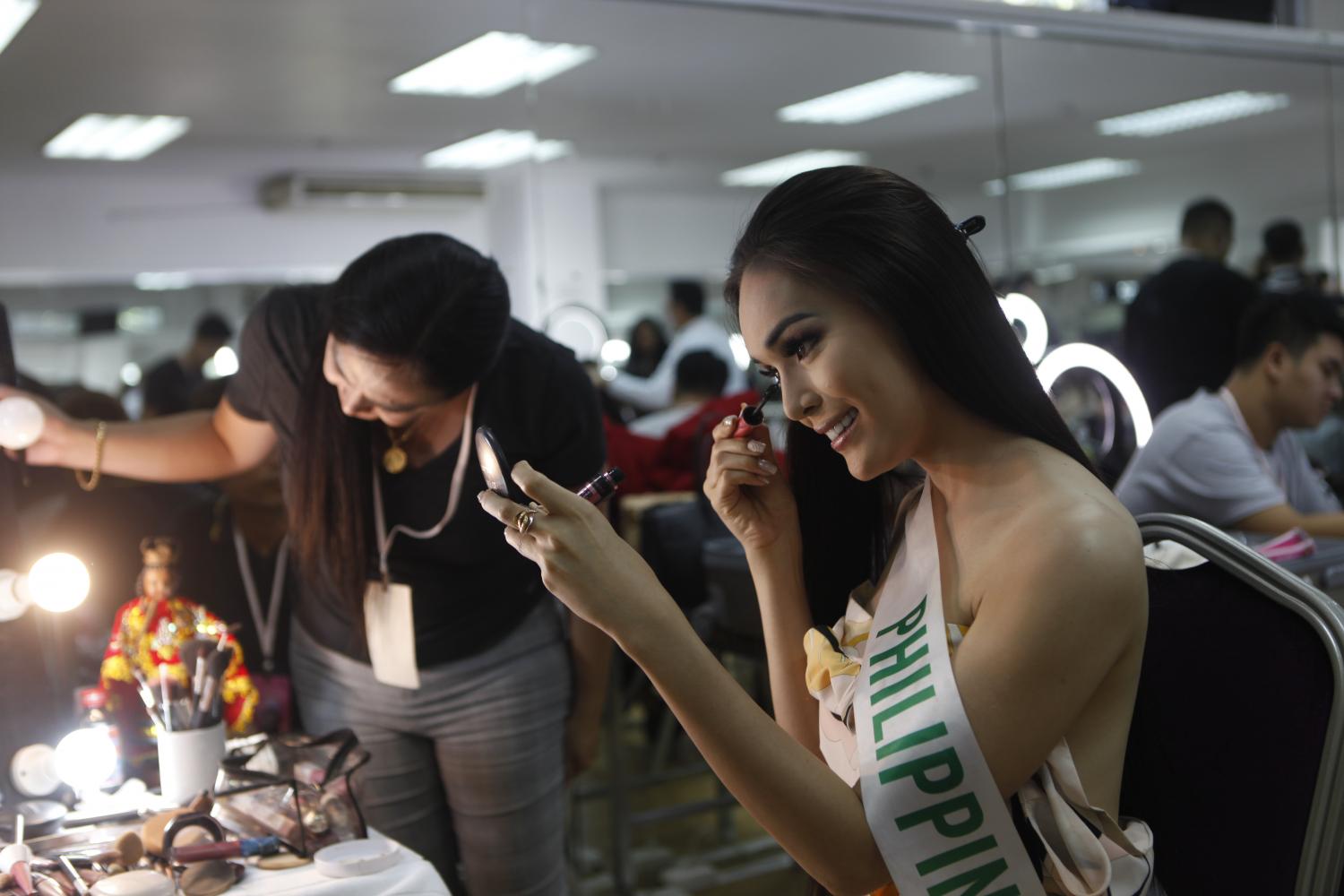 Inside the MIQ dressing room. 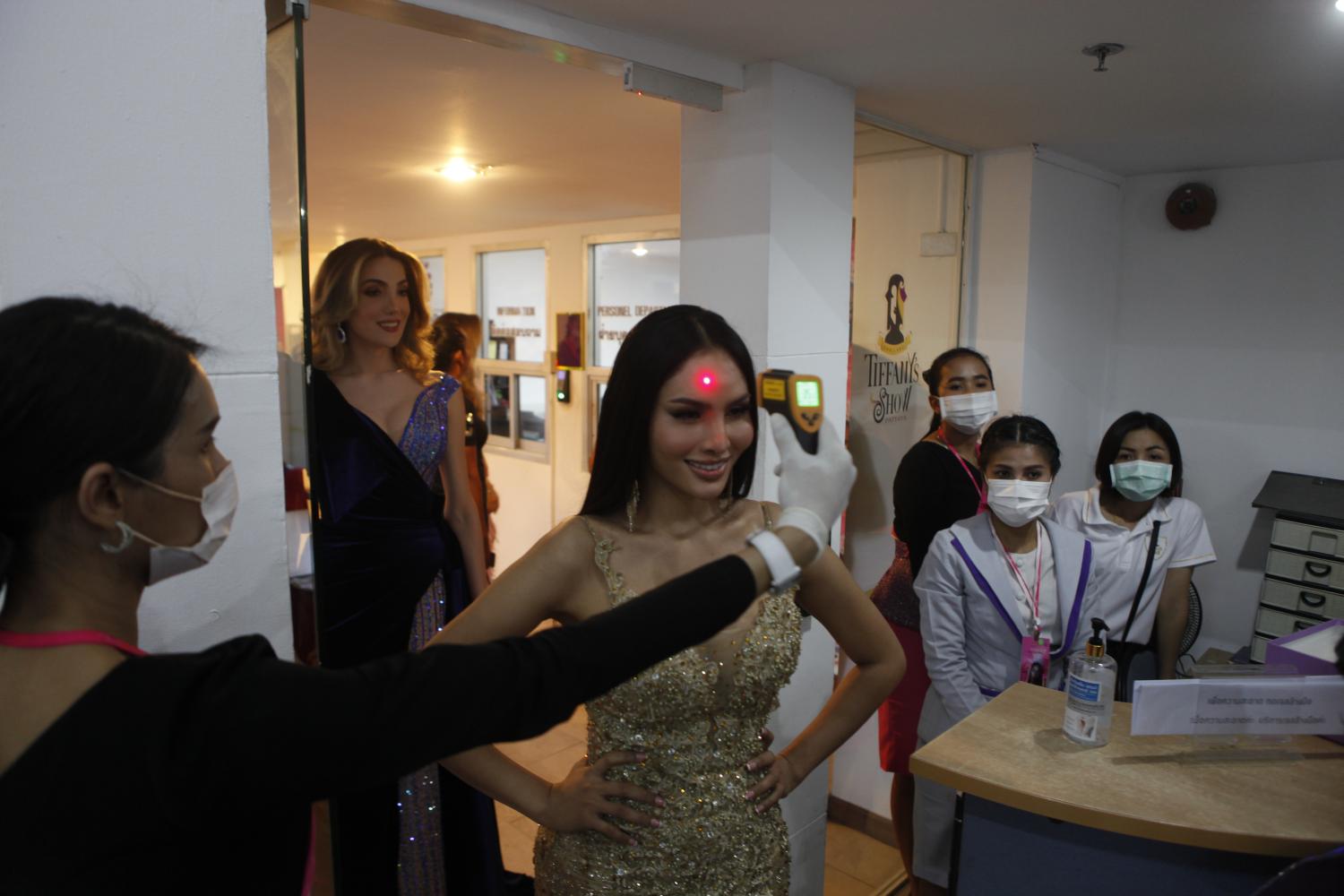 Each MIQ contestant had their temperature checked before the show.