After the government announced last month that it would invoke an emergency decree effective from March 26, people took refuge in supermarkets. Instant noodles, canned foods and ready-to-eat packages -- all were swept into shopping trolleys as if it were doomsday.

Long before last week's curfew, work-from-home and house-isolation measures were encouraged by the government as Thailand has seen 2,220 coronavirus-infected patients, with 26 deaths.

Similar self-isolation protocols are being implemented across the globe to stop the Covid-19 pandemic -- which has so far wreaked havoc on more than 1.27 million people and killed over 69,000 across the globe -- from worsening.

The lives of many have changed drastically, especially in terms of eating habits, after they hunkered down when possible and in some cases started working from home. Some complain they find it hard to stop snacking, while others keep procrastinating with their meals. Mountains of panic-purchased food supposed to last for, say, a week is consumed in a few days' time because working from home makes it hard to stop nibbling, as the word "home" means freedom to do anything one wants.

Assoc Prof Wantanee Kriengsinyos, programme director of the Master of Science Nutrition and Dietetics (International Programme) under Mahidol University's Institute of Nutrition, said while the novel coronavirus crisis might last longer than earlier expected, this is a period when it is essential for people to learn to adjust and control themselves, including when it comes to eating habits.

"It might be hard, but we can turn this crisis into opportunity. Think of this time when we are asked to stay home as an opportunity to be more attentive towards how and what we eat," said Wantanee.

While the home-isolation period could last for months, obviously people cannot just survive on stocked-up items like instant noodles, canned fish, ready-to-eat meals and so forth.

Eating such food once in a while is acceptable, but doing so too often could worsen one's quality of life, added the nutrition expert.

Therefore, while supermarkets are still allowed to operate, Wantanee suggested that people reconsider the categories of food they stock. Instead of focussing only on dry and ready-to-eat meals, they should have fresh ingredients stocked in their pantry in amounts they can survive on for a week or two.

"There is no need to buy a whole lot of food because, as of now, you can still go out to supermarkets," she said.

Let's say there are 21 meals in a week. The amount of protein to stock-buy should account for around 10 meals. And protein here doesn't necessarily mean meat. Protein from other sources, including those that do not need to be stored in the fridge -- such as soy, dried beans, mushrooms and peanut butter -- should also be stocked.

"Family members' preferences should be taken into consideration during supermarket shopping," Wantanee stressed.

Besides protein, fruits and vegetables should be part of the equation, as they are full of antioxidants that can shield against diseases. As some fruits and vegetables spoil quickly, while stocking them people should make sure they also opt for varieties that can be stored outside the refrigerator, such as carrots, cabbage, winter melon, daikon or white radish and onion.

People, especially urbanites who frequently dine out or depend on food cooked and sold outside the house, can be greatly affected by the government's "soft lockdown" and home-isolation measures.

"Their eating patterns can be affected," said the nutrition expert. "They might be able to always find food from a nearby canteen. Now nothing. The situation might change the way people are feeding themselves."

In that circumstance, people, especially those living in urban areas, should change their mindset -- turning towards home cooking instead of ordering food from their favourite restaurants all the time, Wantanee recommended. 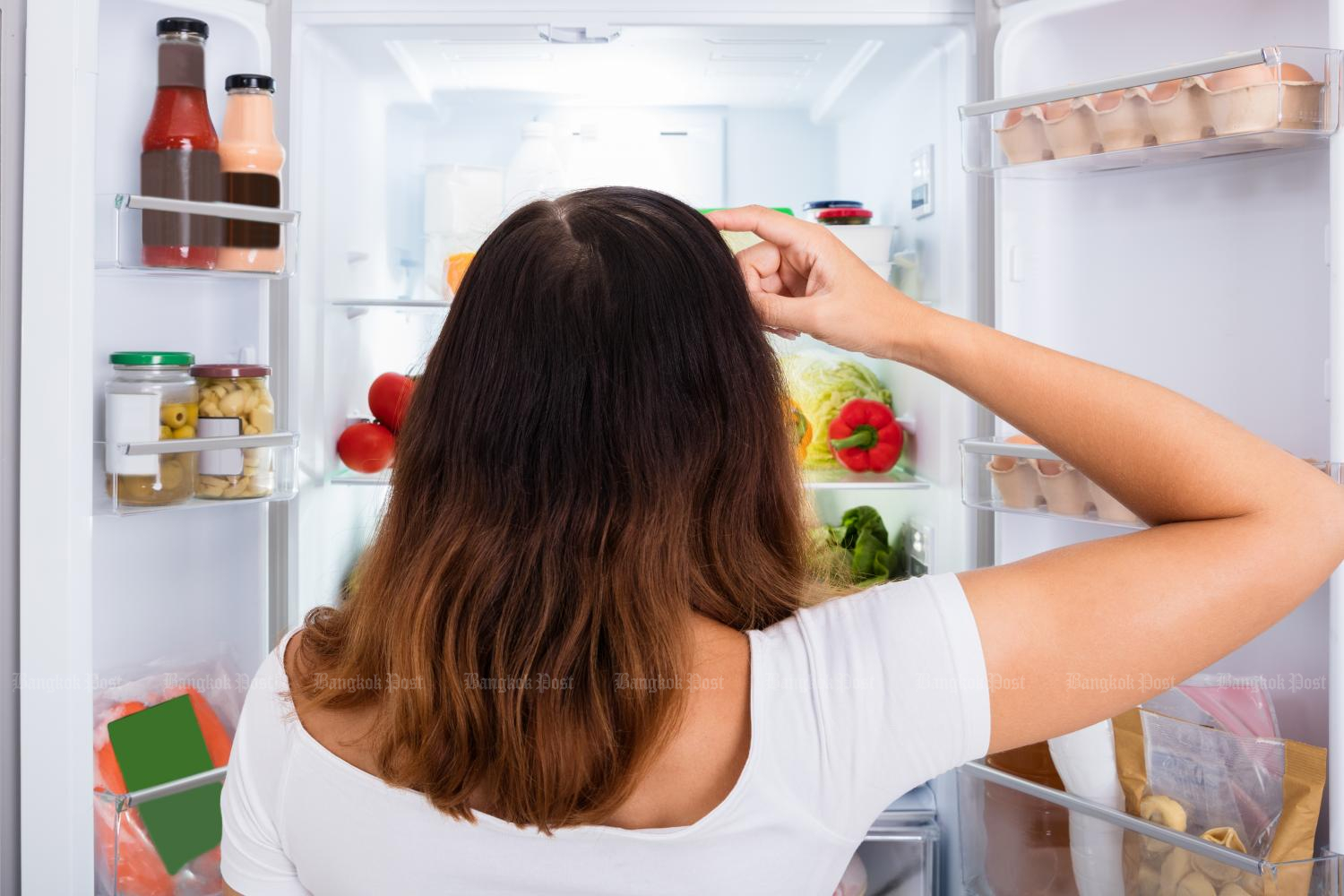 For those who are now in work-from-home mode, quick bites and fast food do not always work, especially in the long run.

"Figure out ways to take care of yourself nutritionally that don't affect your work schedule. Now that the time people used to spend on the road has [drastically] shrunk, they should instead spend that time preparing food for themselves at home. That's far better than eating instant noodles and ready-to-eat frozen food.

"Freshly cooked food bought from restaurants and vendors should not be kept in the fridge for too long, either because it will lose not just freshness and nutritional value but also deliciousness."

As with anything, self-discipline is key when it comes to the nutritional aspect of home-isolation. This, according to Wantanee, is a critical issue for people who keep delaying their meals because of work, or snacking their way through their work-from-home responsibilities.

"People who work from home during the Covid-19 outbreak should stick to their normal routine -- the things they did when they worked from the office. For example, if they usually don't eat between 9am and noon when they are at the office, they should do likewise at home. Keep snacks and food away from the work desk. For people who stay home but do not work, find activities to spend time rather than nibbling at this and that all day long, which could result in weight gain and nutritional deficiencies."

For instant-noodle lovers in particular, out of 21 meals in a week, Wantanee suggested a maximum of only one or two.

Based on a survey she once conducted among university students who stayed in dormitories, it was found that they ate instant noodles an average of two to three times a week, which is still an acceptable threshold, given that cooking is not allowed in some facilities. Yet the over-consumption of instant noodles could result in not just an excessive intake of sodium but also carbohydrates and fats from the oil packets.

"Instant noodles should be cooked with added meat and vegetables to maintain nutritional balance," she advised.

With gyms, fitness centres and parks now being closed, workouts should be done at home.

"For people who cannot exercise due to space limitations at home or whatever reason at this moment, they need to be more watchful about what they eat. While people do not eat less and some even eat more out of stress, the body definitely burns less energy while staying at home. In the end, when the crisis is over, they might find their work clothes no longer fit."

As with anything, moderation is always a go-to mantra, especially in times of catastrophe like the pandemic we are facing.

"It's always best to find for yourself the right balance," Wantanee concluded. "When home-cooking, for example, try boiling, steaming as well as stir-frying. When stock-buying stuff, do not overdo it until it looks more like panic-buying, because the people behind you will have nothing left to buy and the image of that would worry others even more.

"And in all, nutrition is the basis of the body's self-defence. Whether or not people are immune to disease and infection comes down to nutrition. So it's what they should also pay attention to."