Tune in, branch out

published : 8 Apr 2020 at 04:00
newspaper section: Life
writer: Arusa Pisuthipan
The Fountain of Pomegranates in Spain is where Jin-Woo (Hyun Bin) fights his first enemy in Memories Of The Alhambra. (Photo: Studio Dragon / Netflix)

Famous spots and public places around the world have become deserted as governments in various countries encourage people to stay home instead of going out in crowds. From an artistic point of view, this is a time when people can see the great emptiness of locations which were once crammed.

This is also a time when film enthusiasts can revisit places portrayed in movies, and see how they looked before the Covid-19 pandemic surfaced. Let's start with three of the worst-hit countries.

Set mainly in Spain, Netflix's Memories Of The Alhambra tells a story of Jin-Woo, an executive who runs a company that specialises in optical devices designed to take AR technology to the next level. In the middle of one night, Jin-Woo suddenly travels to Spain in search of Se-Ju, a genius developer of a groundbreaking AR game about medieval battles in Alhambra. This game, if coupled with Jin-Woo's technology, will bring a fortune. But Se-Ju has gone missing and Jin-Woo stumbles across Hee-Ju, Se-Ju's sister who runs an old hostel in Spain. Jin-Woo gets involved in strange affairs with Hee-Ju, and the border between the real world and the AR world built by Se-Ju begins to blur.

Starring South Korean heartthrob Hyun Bin, Memories Of The Alhambra was filmed in Barcelona, Girona and Granada. In Granada in particular, the audience will see one of the famous travelling spots, the Fountain of Pomegranates.

While the Vatican in Italy could be under lockdown until Easter Sunday, which falls on April 12 this year, we can still see the recreation of mural art masterpieces in The Two Popes on Netflix in which the entire interior of the Sistine Chapel was recreated inside Cinecitta Studios in Rome. The re-creation process was guided by historian and art expert Enrico Bruschini, who has written multiple books on all things Vatican, according to the Los Angeles Times.

Inspired by true events, the film (starring Jonathan Pryce and Anthony Hopkins) recounts one of the most dramatic transitions of power in the Vatican.

Recently added to Netflix, Once Upon A Time … In Hollywood presents various nostalgic places to explore in Los Angeles -- places once crammed with tourists from around the world but now under lockdown since the middle of last month.

Of course, there are the Paramount Drive-in Theatre, El Coyote restaurant, the Cinerama Dome on Sunset Boulevard, Cicada Restaurant in downtown LA and many more. 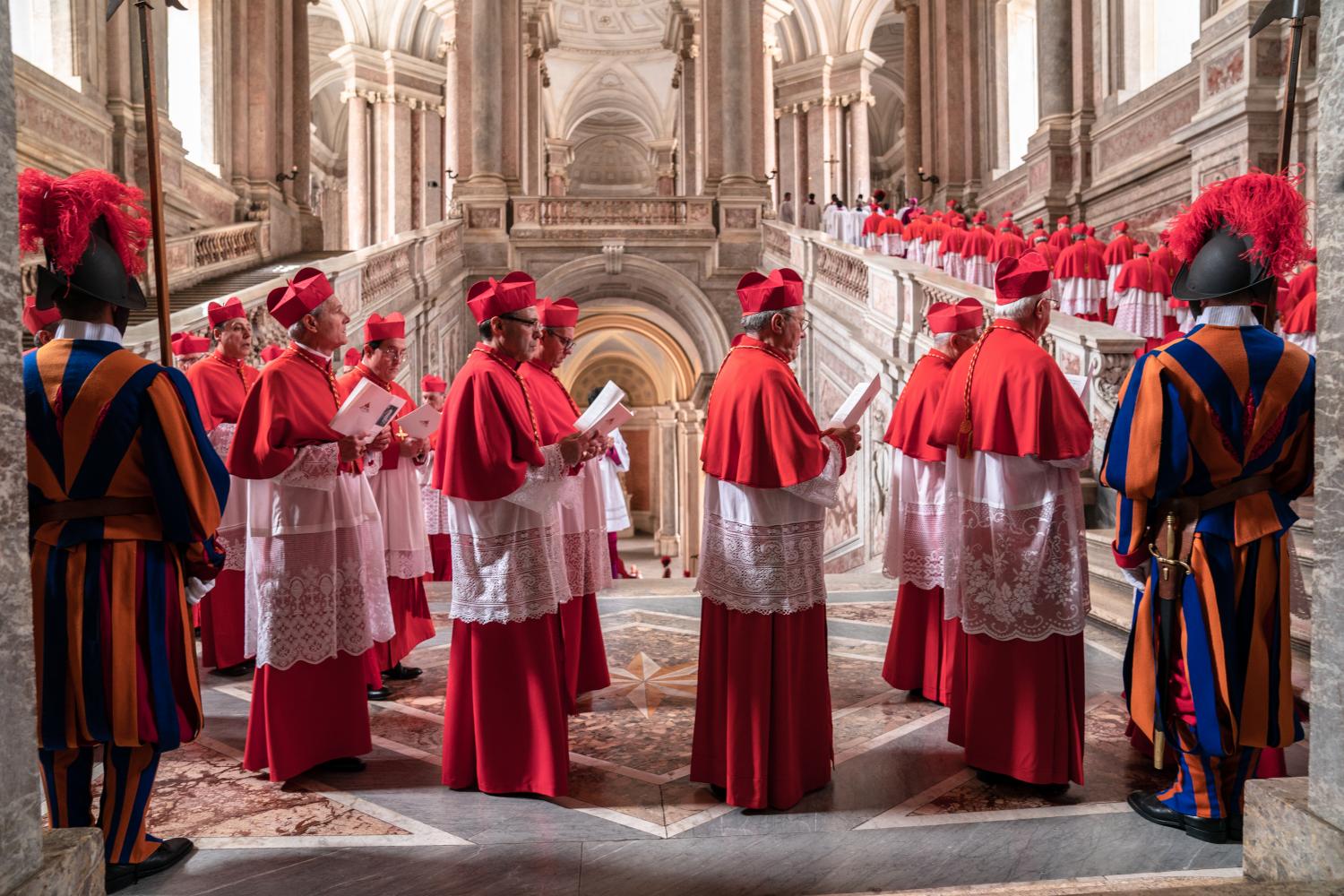 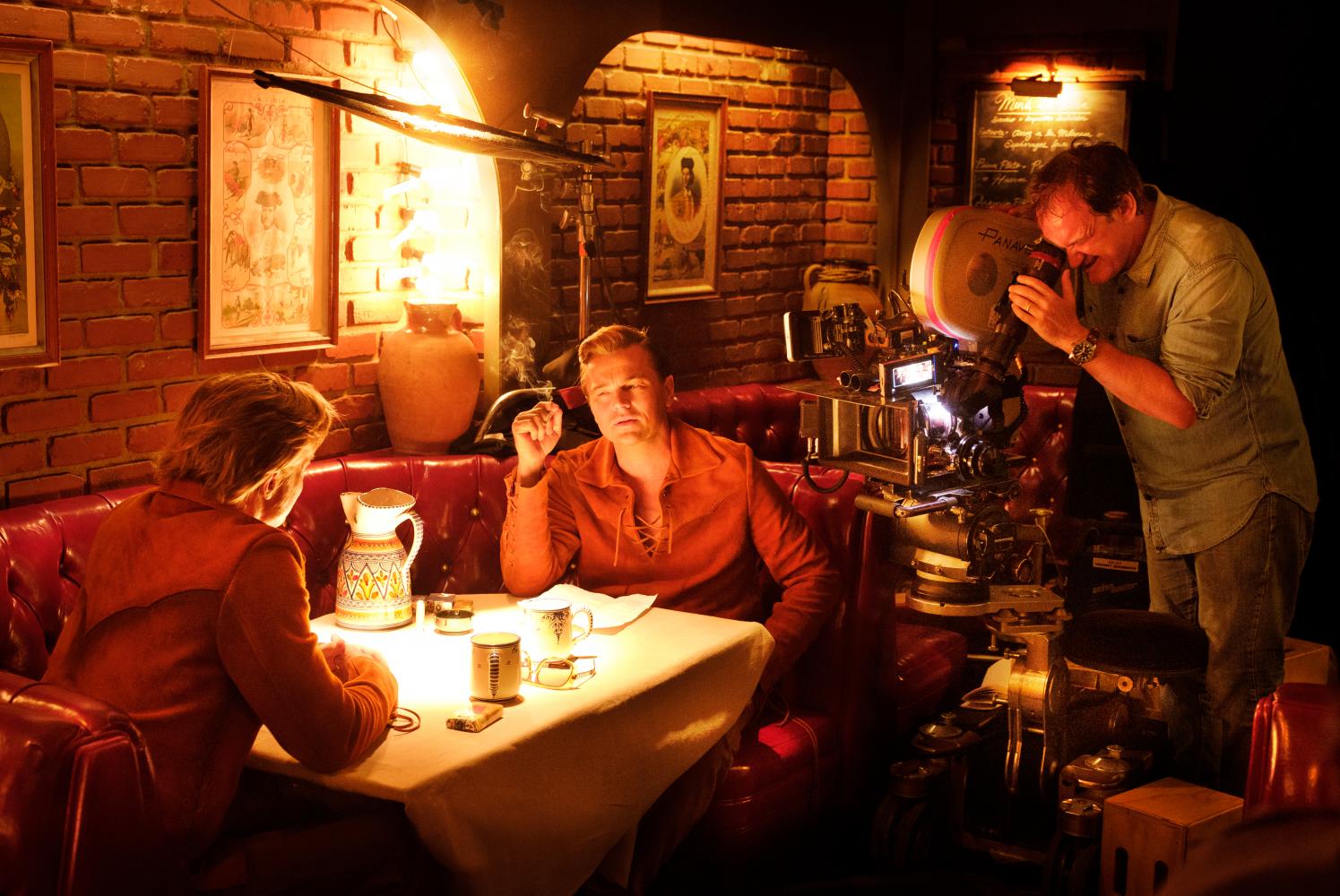 Quentin Tarantino, Leonardo DiCaprio and Brad Pitt on the set of Once Upon A Time … In Hollywood. (Photo: Sony Pictures Thailand)