A cash-strapped taxi driver has ended up an overnight millionaire after his story was shared online and sympathetic netizens sent money to his bank account. The revelation the taxi driver is now a rich man is prompting soul-searching among Thais as to whether they are too generous.

When a reporter from Thai PBS ran into Samut Prakan driver Sithichai Klaichit, 72, at a courier firm, it was the start of a whirlwind change in his fortunes. He went from having a mere 200 baht to his name when his story aired last Tuesday to having to close his account to public donations after funds a day later had reached an impressive 8.3 million baht.

Thais were moved by the plight of the hard-up driver, one of many who turned up at Kerry Express in their taxis that day to apply for work as temporary courier drivers to help them over a tough earnings patch in which passengers have dried up thanks to the Covid-19 pandemic.

"I am all alone. I have no money to eat, but I have to fight on," Mr Sithichai told reporter Jiraporn "Paew Waew" Kampaphan in tears, adding passengers had grown scarce thanks to the lockdown and travel ban imposed to fight the virus.

They met at the Kerry Express delivery firm in Bang Phli, Samut Prakan, where Mr Sithichai was applying for work as a temporary courier to supplement his meagre earnings.

He was one of a stream of drivers having their vehicles packed with parcels for delivery as they took on the mantle of makeshift couriers, in a joint venture between the local taxi association and Kerry Express during the pandemic.

While an estimated 3,000 taxis driven by low-income drivers are thought to have been forced idle by the Covid-19 outbreak, demand for courier services has by contrast increased, with the number of parcels Kerry delivers increasing from 1 million a day previously to 1.5 million a day now.

Among the Thais who shared Paew Waew's story, which was posted online, including the driver's account details, was well-known patron of social causes Neung Nangpoo, an actress from the Workpoint TV stable. She wrote: "Never mind, uncle. I am committed to helping, because I am from Samut Prakan province just like you."

Mr Sithichai, who opened his wallet to show the reporter the last 200 baht he had left to support himself, said he no longer had enough to pay the rent on his taxi. He had applied for the state's 5,000 baht cash grant but had yet to hear whether he was eligible.

By the next day the driver, who lives in a rented home and regularly gets up at 3am to start plying the streets, was a multi-millionaire.

He travelled to the bank with Paew Waew to close his account to public donations, thanking Thais for their generosity and declaring they had given enough. Coincidentally, he also heard his application for the 5,000 baht grant had been approved.

Mr Sithichai said he would spend the donated money building his own home. He would also help doctors and orderlies buy medical equipment for their Covid-19 fight, and chip in for fire-fighting equipment in Chiang Mai, which has a forest fires problem. He also planned to help a foundation for taxi drivers, because many in his profession were finding it tough.

"I will also carry on working and might even buy a second-hand taxi," he said, adding he never dreamed the public would help him so much.

Some netizens were less than impressed that Mr Sithichai was now wealthier than most of those who had donated funds. Donors did not know how much money was building in Mr Sithichai's account at the time they transferred funds.

"Eight million baht? How can it not be enough? It's more than enough, actually," netizen Permsin Piphutpol replied, adding plenty of people were in greater need than Mr Sithichai.

"You can still drive a taxi and support yourself. What about the poor and elderly who cannot? Now you have money I hope you share it with others," he added.

Others said they were afraid conmen would prey on Thais' soft hearts to launch similar fund-raising appeals. Among a selection of other comments were: "This is typical of Thais: they use their hearts, not their brains." And: "Up to you, I don't mind, but if you are still capable of earning a living I won't donate."

However, not everyone resented Mr Sithichai's newfound wealth.

"People who criticise are just envious, even though in some cases they didn't give a single baht," one wrote. Another said Thais who gave to Mr Sithichai would themselves benefit.

"He's old and has done his bit. This is the reward for good deeds [merit] he has performed, and those who give will benefit the same way," one netizen wrote.

Never too late to be a dad 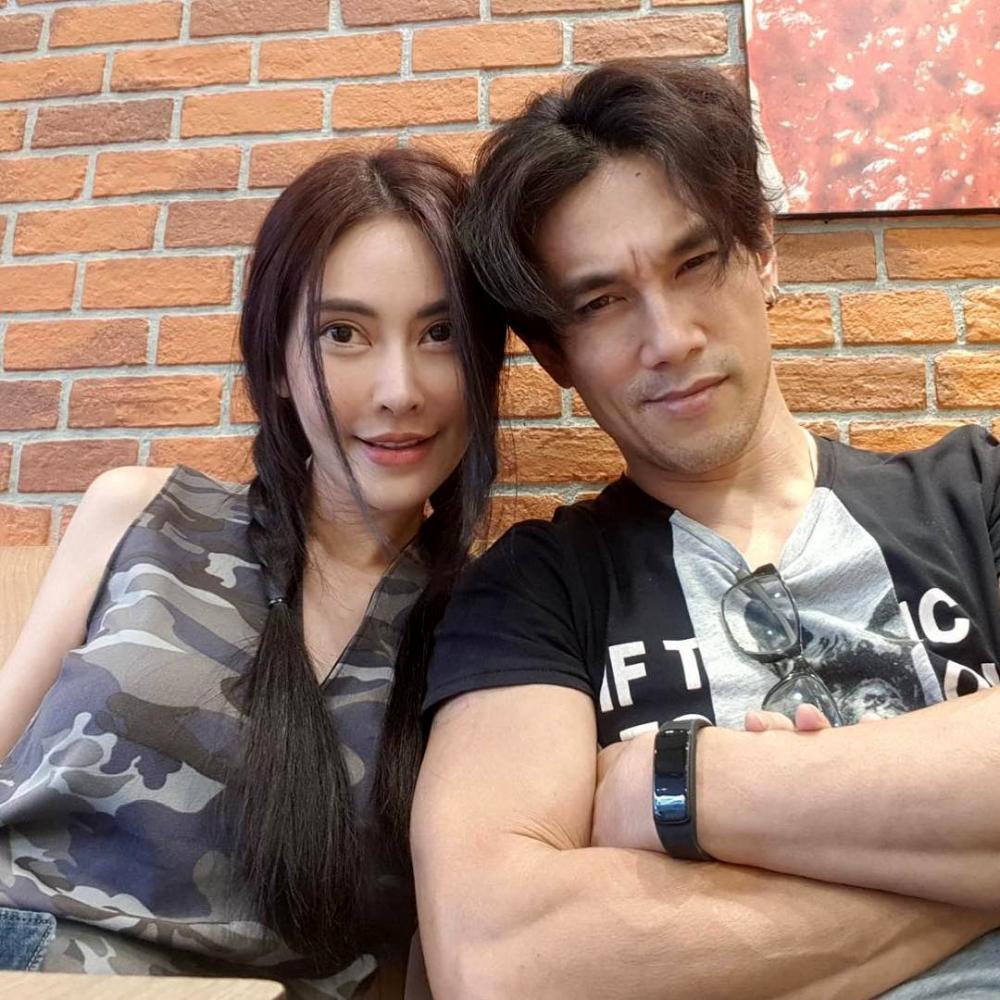 Ta, 46, also known as Winravee Yaisamoe, came to fame as lead singer of the former band Boyscout. He announced the good news on social media earlier this month, followed up with a TV interview last week accompanied with his love of 15 years, Mintaya "Boom" Petchwara, who is six weeks pregnant.

"This year, even though we have to encounter a situation [Covid-19] which is far from normal, my partner and I have been blessed with a gift beyond value. I am starting life again. I don't know how fatherhood will turn out, but I do know I will give it my best. I want to win a gold Oscar for being a dad," he enthused.

The couple have been trying to start a family since last year, without success. Ta said he asked a doctor about his chances, as he was worried about his age. The doctor urged they persevere with the "natural" fertility method.

When that didn't work they consulted a fertility clinic, where Boom discovered she had chocolate cysts in her ovaries, with the likelihood she would need laparoscopic (keyhole) surgery.

"I felt resigned at that point, but we decided to seek information somewhere else," she said. The couple visited another clinic where Ta discovered the problem lay not with Boom but with his own sperm, which is unable to swim after Boom's eggs.

They turned to the technique known as intracytoplasmic sperm injection, or ICSI, where a sperm is injected into an egg. The procedure set them back about 100,000 baht before the couple found out the good news that Boom was pregnant on April 3.

"When we heard the news I jumped into her arms with joy," he said, adding the lockdown timing was fortunate, as he is confined to home and can devote himself to Boom's care.

Boom said she was initially worried whether motherhood was in keeping was her career as a singer. "One day I realised I would not keep my shape forever. I wanted to get older for someone so life has more value."

Ta said he is developing feelings of concern for his unborn child. He is also lavishing care on Boom, whom he has asked to marry. "She is not supposed to move about much. All she has to do is point a finger. I have told her I am proud to do everything for her," he said.

It's all about the money

An angry ex-couple have been slugging it out on social media after she posted images of him having sex with his "minor wife", and the ex-husband retaliated by revealing she has been keeping a young man on the side. 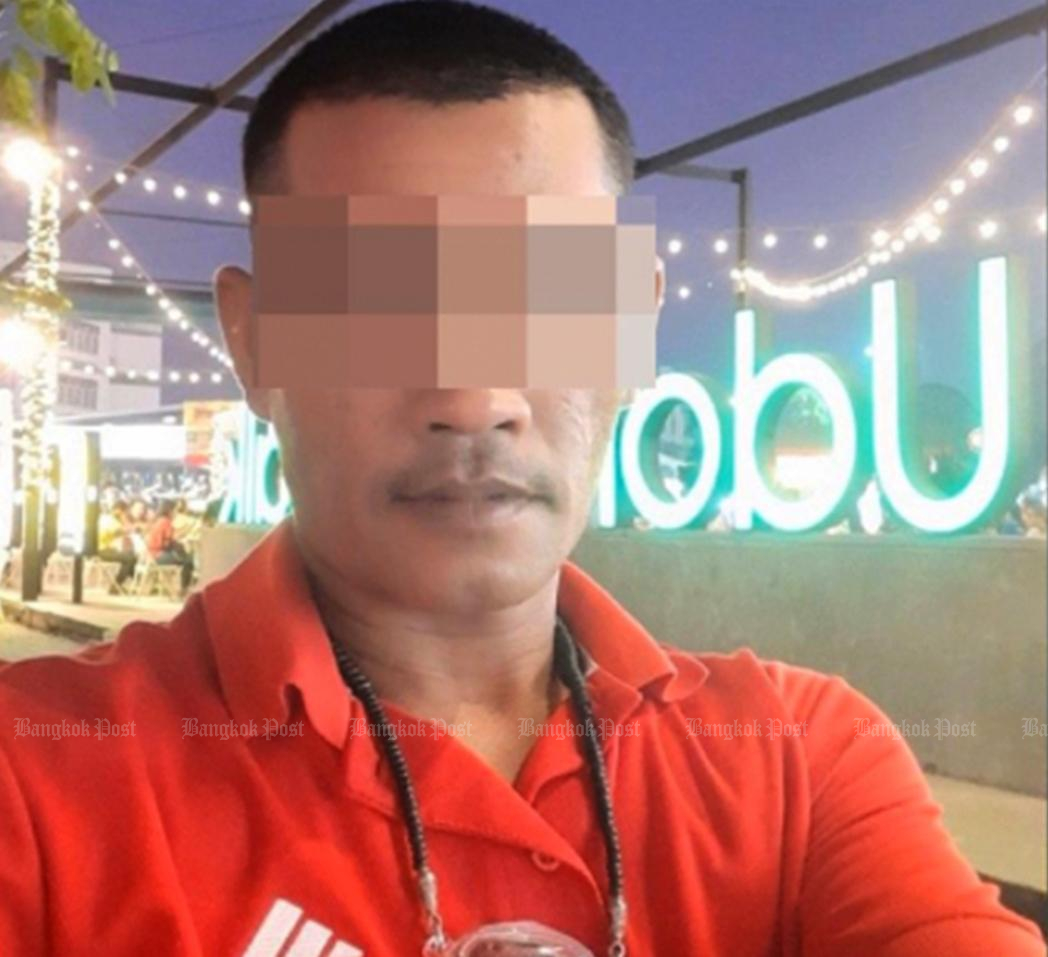 The man in the images, named in media reports as "Non", came under fire on social media after his former wife, Kat, accused him of having sex with a woman she claimed was his minor wife, "A".

"Women these days are a scary species. They sneak off with our husbands and even send us pictures of them having sex. How come you are this brazen. Well, if you are bold enough to send them, I am daring enough to post them," Kat wrote, referring to her rival "A". She posted the uncensored images of the pair to her social media account, which found their way to the media.

Contacted by Amarin TV, Non said he and his wife Kat split up two or three months ago. His new love was not his minor wife, as he started seeing A after he left Kat. He also denied A had sent her the pictures to spite her, saying Kat herself surreptitiously took them from his phone when he wasn't looking and posted them to embarrass the pair.

He said netizens had attacked him for seeing two women at once when it wasn't true. Kat, in fact, had been seeing her old love on the side and sending him Non's money. "Before I started seeing Kat two years ago, she was married to Boy, and together they have two kids. I supported Kat and her family, and even bought things for her kids.

"However, two or three months ago I came across an online chat which revealed that she was still seeing Boy even while in a relationship with me. They never quit and she was sending him my money throughout. When I found out I asked to leave her," he said.

Later, Kat found out he had started seeing A, and started making life difficult. "She abused A on Facebook, and also sent her old pictures of Kat and me together, all because she wanted my money," he said.

Kat visited him recently to ask for 5,000 baht. He refused, as by this time he knew about her exploits with Boy.

However, while he was not looking she helped herself to his phone, where she found the pictures of him having sex with A, and later posted them to social media.

While keen to clear his name, he had decided against going to the police as he didn't want to cause bother for anyone.

However, he released a sound clip of him confronting Boy, who admitted he had been taking Non's money to wage football bets and the like. Kat has yet to comment on the drama.